Arsenal could put the final nail into West Brom's coffin this weekend as even a win for the Baggies might not be enough to keep their slim survival chances alive. The visitors have drawn their last two matches when really only wins would do and their record against the Gunners suggests that even a stalemate would be very unlikely this weekend.

Read on for our full match preview and prediction for Arsenal vs West Brom in the Premier League.

Our Best Free Bets for Arsenal vs West Brom

At least three goals have been scored in three of Arsenal's and four of West Brom's last six outings in all competitions, so you can see why we've backed goals to be scored on Sunday. Arsenal, of course, ran out 4-0 winners in their last game against West Brom and while we expect the visitors to put up more of a fight this time around, the result, we expect, will be the same.

Arsenal have scored 2 or more goals in three of their last six matches, all of which have ended in victory. Both teams have scored in three of West Brom's last five Premier League games and the Baggies have only failed to score in two of their last six fixtures. We're expecting a closer final scoreline than normal due to West Brom's deseration for a result and the fact that Arsenal are in Europa League action in midweek.

Arsenal vs West Brom: All the stats and the odds

West Brom likely to have their relegation confirmed this weekend

Arsenal ran out comfortable 2-0 winners away at Newcastle in their last Premier League game but before they can turn their attention to West Brom on Sunday, the hosts entertain Villarreal in the 2nd leg of their Europa League semi-final. With that tie so finely poised, Arsenal will be putting everything into Thursday's clash and may even rest players for the game against West Brom. However, even a slightly rotated Arsenal eleven should be able to churn out a result against a West Brom side that have been poor overall this season. Tierney, Lacazette and Luiz are all nearing return for the Gunners and it will be interesting to see if any play against Villarreal or if they are saved for the West Brom game.

Ivanovic has been ruled out through injury and Maitland-Niles can't play against his parent club, while Snodgrass is likely to face a late fitness test ahead of the trip to the capital. Those draws against Aston Villa and Wolves have pretty much sealed West Brom's fate this season. Even if the Baggies were to pull off a win at the Emirates, results elsewhere are likely to confirm their relegation from the Premier League. Most said that Allardyce had bitten off more than he could chew with this job and that appears to have been true, with the former England manager set to taste relegation from the top flight for the first time in his career. 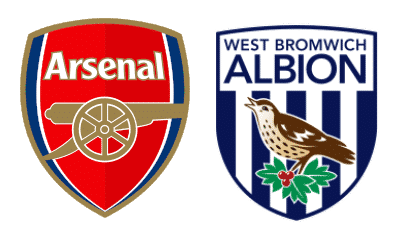