The North London derby rarely fails to deliver. With the talent on offer throughout the years it’s been a hotbed for goals and memorable moments. The first North London derby of the season sees Spurs travel to the Emirates in a match that could be described as the an Irresistible force vs immovable object.

Arsenal are flying high at the minute. After the opening weekend defeat against Liverpool the Gunners have gone on a 15 game unbeaten streak, winning 12 of those. They’ve scored 41 goals in all competitions, averaging 2.5 goals per game, and only Leicester and Boro have been able to keep a clean sheet against Wenger’s irrepressible attacking unit. 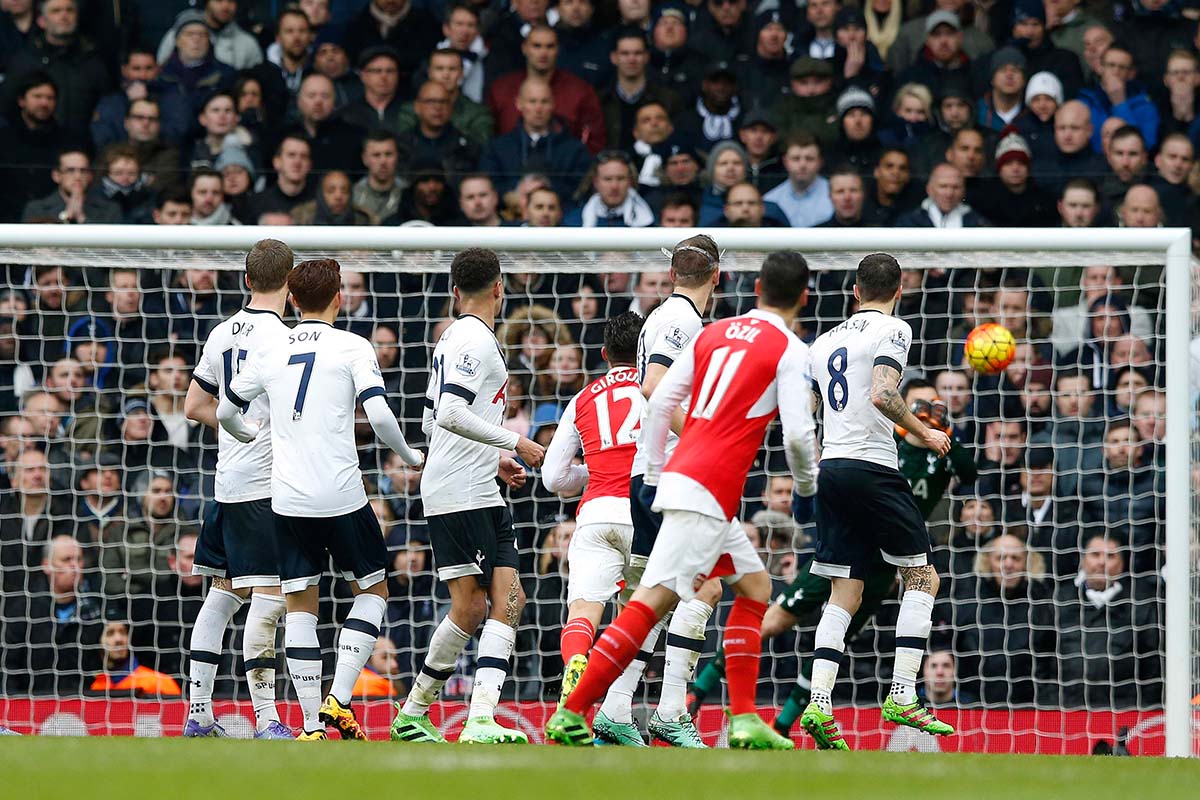 On the other hand you Spurs. The only team currently undefeated in the Premier League this season but they’re without a win in six games and since beating Manchester City at the beginning of October they’ve scored just the one goal in open play. In the ten Premier League games this season Spurs have conceded just the 5 goals, averaging just 0.5 against compared to Arsenal’s 1 per game. The problem for Spurs is they look blunt with Harry Kane and have scored just the 14 goals in the league this season. Only three teams in the top 10 have scored fewer.

However, as cliche as it sounds, form really does go out of the window on derby day and the team that manages to exploit the opponent's defensive weaknesses will win. It’s as simple as that. Just because Arsenal are playing scintillating football going forward doesn’t mean there aren’t areas Spurs can capitalise on defensively. Similarly, just because Spurs have an almost impenetrable like defence at times doesn’t mean there aren’t weaknesses for Arsenal to prey on.

On the surface Arsenal’s defence doesn’t look like it’s a problem. Some even consider their centre-back pairing of Laurent Koscielny and Shkodran Mustafi the best pairing in the Premier League. It’s not like Arsenal fans to overhype their players now, is it? But they’re not who the opposition seem to be getting the most joy out of. Five of the twelve goals Arsenal have conceded this season have come from attacks down their left-hand side. What’s even more interesting is it doesn’t matter whether it’s Nacho Monreal or Kieran Gibbs playing that position, chances for the opposition keep arriving from that area of the pitch.

In matches against Ludogorets, Paris Saint-Germain, Watford and Liverpool the opposition have scored goals after crosses have arrived from their right-hand side of the pitch. For some reason the left-backs can’t/won’t/don’t stop the crosses.

Against Ludogorets Gibbs was 1 on 1 with Barbosa and the Ludogorets players was able to feint to cut inside before taking Gibbs on the outside and putting in a low cross for the home side to go 2-0 up.

Same scenario against PSG. Serge Aurier attacked the space down the PSG right but it was Monreal this time who wasn’t able to prevent the cross coming in and Edinson Cavani but the home side up inside a minute.

Against Watford the ball was put in by Daryl Janmaat and after a bit of pinball in the area Roberto Pereyra was able to fire home from 7 yards. Again the cross came from the Watford right and Monreal was unable to prevent it.

On the opening day of the season Liverpool hit four past a shellshocked Arsenal and two of those goals arrived from play on the Liverpool right. The first came after Monreal went 1 on 1 with Clyne but simply wasn’t quick enough to block the cross and Philippe Coutinho was there to poke the ball home. The second after Sadio Mane tore through the left side of the Arsenal defence to curl home the fourth goal.

If Spurs use Erik Lamela or Heung-Min Son on the left and look to isolate the left-back whilst ensuring Dele Alli supports the striker in the area there may be chances for the away side to punish Arsenal. 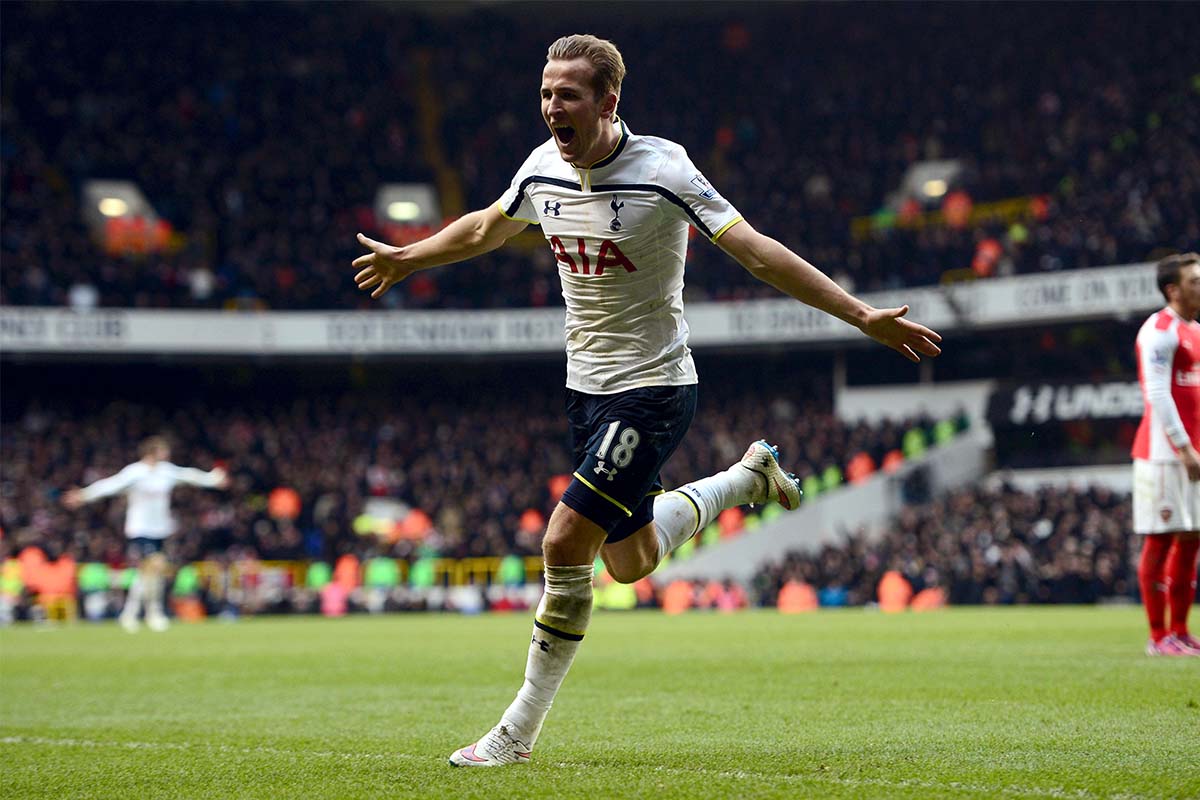 Four of the nine goals Spurs have conceded this season have basically been ricochets in the penalty area that the opposition have been able to finish off. Unlucky. Unfortunate. Call it anything you like if it helps you sleep better. But how can something accountable for almost 50% of the goals the team has conceded this season be unlucky? It’s more than than that. The Spurs defence are on their heels. They are either too slow to react or unaware of their surroundings. Take your pick. That’s a system failure and there’s no other reason for it to continually happen.

Against Bayer Leverkusen Kevin Kampl was the benefactor of Spurs being unaware. As the initial shot from Charles Aranguiz comes in Spurs have five men behind the ball yet there are two Bayer Leverkusen players unmarked in the penalty area. The ball fortuitously falls to Kampl who sweeps home but had he not been there the German team had Chicarito in acres of space too.

West Brom also profited for Spurs’ inability to respond to the second ball in the penalty area. As the corner came in a Spurs defender got the first flick which meant it evaded the leaping Nacer Chadli but fell straight to the foot of James McClean who saw his shot come back off the post and Chadli, unopposed, fired the ball home from 3 yards out.

Thomas Lemar put Monaco 2-0 up against Spurs in the Champions League courtesy of reacting quicker than the Spurs backline to fire home a bouncing ball in the penalty area. At the time it was just unlucky but it’s now a trend in the goals Spurs concede.

Arsenal often have players supporting the attack so they’re not going to be short of bodies in the box and if they opt to throw Olivier Giroud into the mix there may be a fair few second balls up for grabs in the Spurs penalty area.