Arsenal look to return to winning ways after suffering back-to-back defeats in the Premier League. A struggling Saints side provide the opposition at the Emirates on Saturday and head into the game with injury concerns regarding their No.1 and No.2 goalkeepers.

We're backing both teams to score on Saturday just as they have done in three of their last four league meetings. Both teams have also scored in each of Arsenal's last two outings and the hosts have only failed to score in one of their last six matches. Three of Southampton's last four matches have ended with both teams getting on the scoreboard, so you can see why we're not backing either side to keep a clean sheet this weekend.

Over 2,5 goals were scored when these two sides last locked horns with Arsenal claiming a 3-1 win at St Mary's on that occasion. At least three goals have also been scored in three of the host's and three of the visitor's last four outings in the Premier League.

Aubameyang came off the bench against Everton and really should have scored with the very last kick of the game. We're expecting the Gabon international to start on Saturday and have backed the striker to add to his four league goals this season. Arsenal are a much better team with Aubameyang in the starting lineup so don't be surprised if gets the nod ahead of Lacazette this weekend.

All you need to know ahead of Arsenal vs Southampton

Gunners need to improve after poor performance at Goodison Park

Arsenal took the lead at Goodison Park in first-half stoppage time but the home side didn't give them a sniff in the second forty-five. Everton deservedly levelled the scoreline in the 80th-minute and went on to win the game in stoppage time with a wonder goal from Gray. Arteta could only speak of his disappointment in his side's performance and took nothing away from the Toffees, who deserved to win the game. That result leaves Arsenal sitting 7th in the table but a win this weekend could take them above Man Utd and Spurs and into the top five.

Southampton played host to their local rivals Brighton last time out and had to settle for a share of the spoils. Broja gave the Saints the lead in the 29th-minute and that goal looked like it would be enough to win the game. However, deep into stoppage time Maupay popped up with a dramatic equaliser for the Seagulls that silenced the home fans. Southampton occupy 16th place in the Premier League table as things stand but could move up a number of places with a win at the Emirates.

Arsenal vs Southampton: Your Questions 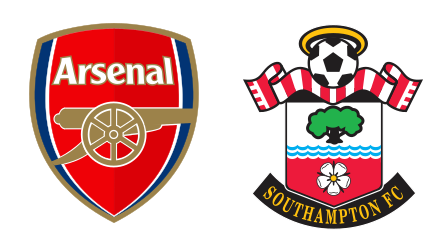