The bottom two teams in the Premier League go head-to-head this weekend as Arsenal play host to Norwich. Both teams have lost their opening three matches and confidence appears to be low in both camps, but a win on Saturday could kick-start either side's season.

Despite the fact that these two sides have both been goal-shy in their opening three matches, we're backing both teams to score on Saturday. Both teams have scored in three of the last five encounters between the two clubs and neither side have managed to keep a clean sheet so far this season.

Aubameyang might not have opened his account in the Premier League this season but he did net a hat trick in Arsenal's League Cup win over West Brom and we're backing the Gabon international to hit the back of the net this weekend. The 32-year-old scored 10 league goals for the Gunners last season and now that he is back from injury, it surely won't be long before he reaches double figures in his fifth straight season with the Londoners.

Everything you need to know ahead of Arsenal vs Norwich

Arsenal were thrashed 5-0 by Man City before the international break, making in three defeats and no goals from their opening three league games. Arteta will be demanding a response from his players this weekend in what should technically be one of their easiest games on the schedule.

Norwich were one of the favourites to go down before the season started and after three games, the doubters are so far being proved right. The Canaries scored their first goal of the campaign in a narrow 2-1 defeat against Leicester. Arsenal's own form should give Norwich hope that they can get their first points on the board this weekend but the first goal could prove vital to the end result.

Arsenal: Xhaka will miss the game through suspension, while White, Pepe, and Nketiah have all been ruled out of Saturday's clash through injury. Partey, Kolasinac and Elneny could all return to the squad.

Norwich: Mumba, Placheta and Byram won't make the trip to the capital due to injury but Tzolis and Hugill are nearing their returns and could face late fitness tests. 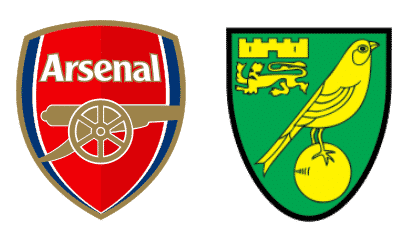