A win for Newcastle on Sunday would almost guarantee their Premier League status for yet another season but defeat coupled with wins for the teams below them could spell serious trouble. Arsenal have a midweek trip to Spain against Villarreal in the Europa League semi-final to negotiate before they can turn their full attention to Sunday's trip to Newcastle.

Read on for our full match preview and prediction for Newcastle vs Arsenal in the Premier League.

Now, Newcastle do not have a good recent record against Arsenal but there are a number of reasons we believe the Magpies can be successful this weekend. Arsenal have a midweek game against Villarreal to get through before travelling back to England and they are without their two top goalscorers at the moment. Newcastle are unbeaten in their last four matches, picking up two wins and two draws and Arsenal have only won two of their last six matches in all competitions.

Over 2.5 goals have been scored in four of the last seven meetings between these two clubs. Four of Newcastle's last five outings and three of the Gunner's last six fixtures have also seen at least three goals scored, so you can see why we're backing goals in this weekend's clash.

Newcastle's top goalscorer thought he had netted his 11th Premier League goal of the campaign late on against Liverpool last time out, only for the goal to be disallowed. The former Bournemouth striker is due a goal having failed to hit the back of the net in his last five outings for the Magpies.

All the stats you need ahead of Newcastle vs Arsenal

Can Arsenal make it seven wins on the run against Newcastle?

Newcastle don't usually fare well against the Gunners, suffering defeats in each of the duo's last six encounters in league and cup. However, with the home advantage, plenty of motivation for the points and the chance to capitalize on their guest's busy schedule, Newcastle will fancy their chances of ending their losing streak. Steve Bruce's men are unbeaten in their last four matches and beat high-flying West Ham in their last home game 3-2. The hosts will be without Willock, Fraser, Darlow, Lascelles and Hayden this weekend, but could welcome back Schar from injury.

It will be interesting to see if Arsenal risk the likes of Aubameyang and Lacazette against Villarreal on Thursday, if not, then the pair could both join Luiz and Tierney in the squad to face Newcastle on Sunday. However, it is unlikely that any of the four players would be risked in both matches so soon after coming back from injury and the Europa league remains Arsenal's best chance of not only securing a trophy but also European football for next season. Arsenal have won their last two away games heading into the trip to Spain but they remain their only wins in their last six outings. 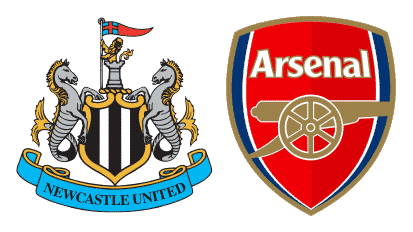