One of the more interesting matchups in the upcoming EFL Cup round is the Arsenal vs Leeds duel. With that in mind, we have prepared a preview of the game for you and a few betting tips.

Our free betting predictions for Arsenal vs Leeds

If you are struggling to decide on the right Arsenal vs Leeds bet, check our top betting tips for this game:

After a horrendous start of the season, Arsenal got into form and they are without a loss in the last five matches in all competitions. Meanwhile, Leeds is having a bad season so far, sitting only one spot above the relegation zone in the Premier League. Arsenal is known for doing well in cups and Leeds will have to focus on the more pressing issues, so our prediction is for Arsenal to win this game.

Although we've only seen one of the last three meetings between Arsenal and Leeds go over 2.5 total goals, we expect this match to like their last h2h duel in which we've seen six goals. After all, Arsenal averaged 2.56 goals per game so far in the PL, while Leeds averaged 2.67 goals per game in the league, so they should be able to combine for three or more goals in this match.

Latest stats and odds for Arsenal vs Leeds

If you are interested in the best odds for Arsenal vs Leeds, check our list of odds taken from some of the top UK bookies:

Arsenal vs Leeds preview: Who will get to the EFL Cup quarter-finals?

Just like last season, Arsenal started the new one in poor form. Luckily for them, they managed to turn that form around pretty quickly and they are now on a six-game unbeaten run in the Premier League. The team has three wins and two draws in the last five matches in all competitions, so the players are certainly high on confidence at the moment. Xhaka will miss the next game with an injury, while Tierney is questionable for the upcoming match.

After the last season in which they became the media darling of the Premier League and in which they impressed many people, Leeds has struggled at the start of the new season in the league. The team has one win, four draws, and four losses after the first nine games and they are only three points above the relegation zone at the moment. A success in the EFL Cup could bring the team some confidence, but Leeds will have to do it without Koch, Raphinha, Ayling, and Bamford who are all out with injuries. 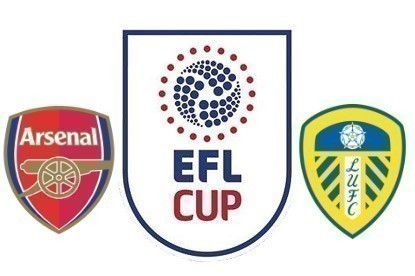