Arsenal sit 3pts behind the Toffees heading into Friday nights clash in the Premier League and will be expecting a tough game against a side with a good away record this season. Everton have performed better on the road than in their own backyard but should have beaten Tottenham last time out. Ancelotti hopes to welcome back Dominic Calvert-Lewin for the trip to London and his aerial ability will cause issues in the Arsenal defence.

Read on for our full match preview and prediction for Arsenal vs Everton in the Premier League.

Our Top Free Predictions for Arsenal vs Everton

Everton have secured two wins, one draw and have only lost one of their last four games against Arsenal. The Toffees have already won 9 and drawn three of their 15 away games in the Premier League this season, while Arsenal have dropped points in 10 of their 16 home matches.

Each of the last two meetings between Arsenal and Everton have seen both teams score, with the Toffees claiming a 2-1 win in the duo's last encounter back in December. Three of Arsenal's and three of Everton's last six outings in all competitions have ended with both teams finding the back of the net, so you can see why we doubt that either side will keep a clean sheet on Friday night.

We're predicting a final scoreline of 2-1 to Everton, the same scoreline that was produced when Everton played host to Arsenal in December. The Toffees have won more games on the road than Arsenal have in their own backyard this season and while neither team in the best of form right now, Everton do put in better performances on their travels.

Arsenal vs Everton: The Latest Markets and Stats

Arsenal would leapfrog Everton with a win

Arsenal scraped a 1-1 draw at home to struggling Fulham last time out but are unbeaten in their last four matches in all competitions. Arteta remains under pressure to secure a European place this season but might have to rely on winning the Europa League if their Premier League form doesn't improve. The Gunners have won six of their 16 home games so far this season, which explains why there are where they are in the league table. David Luiz, Tierney, and Lacazette have been ruled out of Friday's game through injury, while there remain concerns over Odegaard and Aubameyang.

Everton put in a much-improved performance at home to Tottenham and really should have won the game, but two defensive errors cost the Toffees 2pts on the night. Everton have now drawn their last three league games which is why we can't back them with an outright win bet, but the visitors do stand a good chance of leaving the Emirates with at least a point to show for their efforts. Bernard, Gomes, Calvert-Lewin, Mina and Delph will all face late fitness tests, while Gbamin has been ruled out of the trip to Arsenal along with Doucoure. 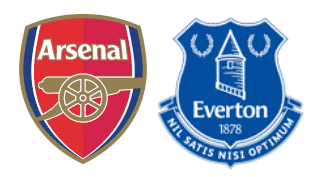