This article will aim to provide the best predictions and betting tips for the last-32Europa League meeting between Arsenal and Benfica.

Arsenal came close to coming out successful in the first leg against Benfica. The away goal provides Arsenal with plenty of confidence. However, the Gunners cannot afford to remain complacent amidst a return of one win in the last five games. Benfica are unbeaten in six matches and the first leg draw keeps the Portuguese team in the tie. Arteta’s tactics will be interesting, as Arsenal do have the luxury of being able to play on the counter-attack. The inability to play at the Emirates Stadium could have some impact.

Mikel Arteta is aware that midfielder Thomas Partey is doubtful for the game, while Arsenal are definitely without Rob Holding. Benfica will be without Andre Almeida and Jardel for this encounter, as they are still on the treatment table. Meanwhile, Julian Weigl is unavailable due to suspension. 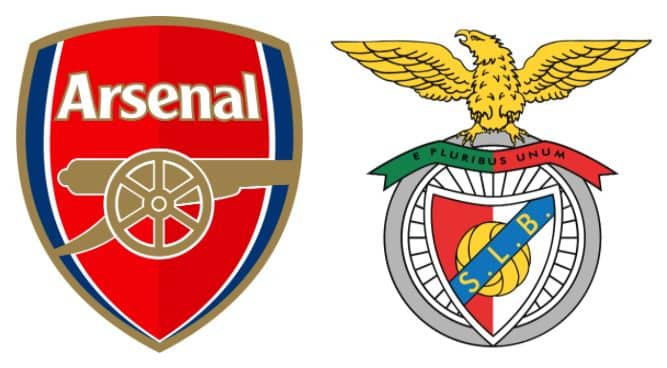 Among the many predictions available for the match, the top tips would be to go with:

Despite Arsenal’s indifferent domestic form, the Gunners have done well in Europe. They can pick the gaps in the Benfica defence, as the Portuguese try to overcome the first leg deficit.

Arsenal have scored over 1.5 goals once in the last five matches. Benfica had a poor defensive run in the group stage, but the best tips would back Arsenal to score less than 1.5 goals.

Alexandre Lacazette is expected to drop to the bench with Aubameyang getting the nod. The striker has been found wanting at times, but he did score a hat-trick against Leeds in the middle of February. There are signs of Aubameyang getting his form back.

FAQs regarding Arsenal vs Benfica Coverage and Accessibility

When is the kick-off for this match?

The kick-off for the second leg of the Europa League last-16 round will be at 17:55 GMT.

Where is the match held?

The match will take place at Georgios Karaiskakis Stadium in Greece.

Where did Arsenal finish in the group stages?

Arsenal finished as the winners of their Group B with a 100% record after winning all six matches.

Where did Benfica finish in the group stages?

Benfica finished second in the group stages after managing 12 points from their six group matches.

What was the result of the first leg?

The first leg match between Arsenal and Benfica finished as a 1-1 draw with Pizzi’s penalty cancelled out by Bakayo Sako.