This Saturday, Arsenal and Hull face off in a meeting of teams experiencing vastly divergent changes in form.

The former have seen their Premier League title tilt falter of late, with two consecutive defeats leaving them 12 points adrift of table-topping Chelsea. By contrast, the latter have enjoyed a huge improvement since the appointment of Marco Silva in early January and, while still in the relegation zone, are now only one point away from 15th-placed Middlesbrough.

As a consequence, this weekend’s match provides both teams with different opportunities. For Arsenal, anything other than a win would surely put to an end any real title ambitions; for Hull, a victory would only build up the momentum as they push to avoid the drop.

The two teams last met on 17 September 2016 at the KCOM Stadium. On the day Arsenal left Hull with all three points courtesy of a comfortable 4-1 win.

Under Mike Phelan, Hull had started the campaign well, defying expectations to pick up seven points from a possible 12. Along the way, they had defeated Leicester and Swansea, drawn with Burnley and lost to Manchester United by a last-minute Marcus Rashford goal. Arsenal, meanwhile, had rebounded from an opening day 4-3 home defeat to Liverpool with two wins against Watford and Southampton, as well as a draw against Leicester City.

Arsene Wenger’s side would burst Hull’s bubble, with Alexis Sanchez deflecting home after 17 minutes to give Arsenal the lead before Jake Livermore was sent off. In the second half, another Sanchez strike was sandwiched by goals from Theo Walcott and Granit Xhaka to seal victory for the Gunners.

In recent weeks Wenger has been forced into partnering Francis Coquelin with either Aaron Ramsey or Alex Oxlade-Chamberlain in central midfield. However, Ramsey has now joined Santi Cazorla on the injury list and, while Oxlade-Chamberlain can operate centrally, his attacking intent can lead to a lack of real balance. With Granit Xhaka still suspended, the return of Egyptian Mohamed Elneny from Africa Cup of Nations duty gives Wenger a much-needed extra central option.

However, Arsenal are still likely to be without Hector Bellerin this Saturday. The Spanish right-back suffered a blow to the head in last weekend’s defeat to Chelsea and should sit out the clash with Hull, meaning natural centre-back Gabriel will come in to replace him.

For Hull, Michael Dawson joins fellow centre-back Curtis Davies on the treatment table, meaning Silva will probably pair new loan signing Andrea Ranocchia with Harry Maguire in the centre of a four-man defence. The Portuguese will also have to make do without striker Abel Hernandez, with a statement on Hull’s official club website confirming: “Abel has suffered a small tear in his hamstring muscle which is likely to keep him out of action for three or four weeks.”

Hull will also be without Markus Henriksen, Moses Odubajo and Ryan Mason.

On whether or not Arsenal remain in the title race, Wenger said:

“It is never over. Even if you [the media] think it is, I don't—we can't think like that. We're in a pack that is very tight and the fight for every position will be massive, maybe more this season than before. If it is over for us, it is over for everyone else as we are all in the pack. Chelsea have an advantage, they do not play in Europe, they play for nothing, they do not play midweek games and are in a strong position.” 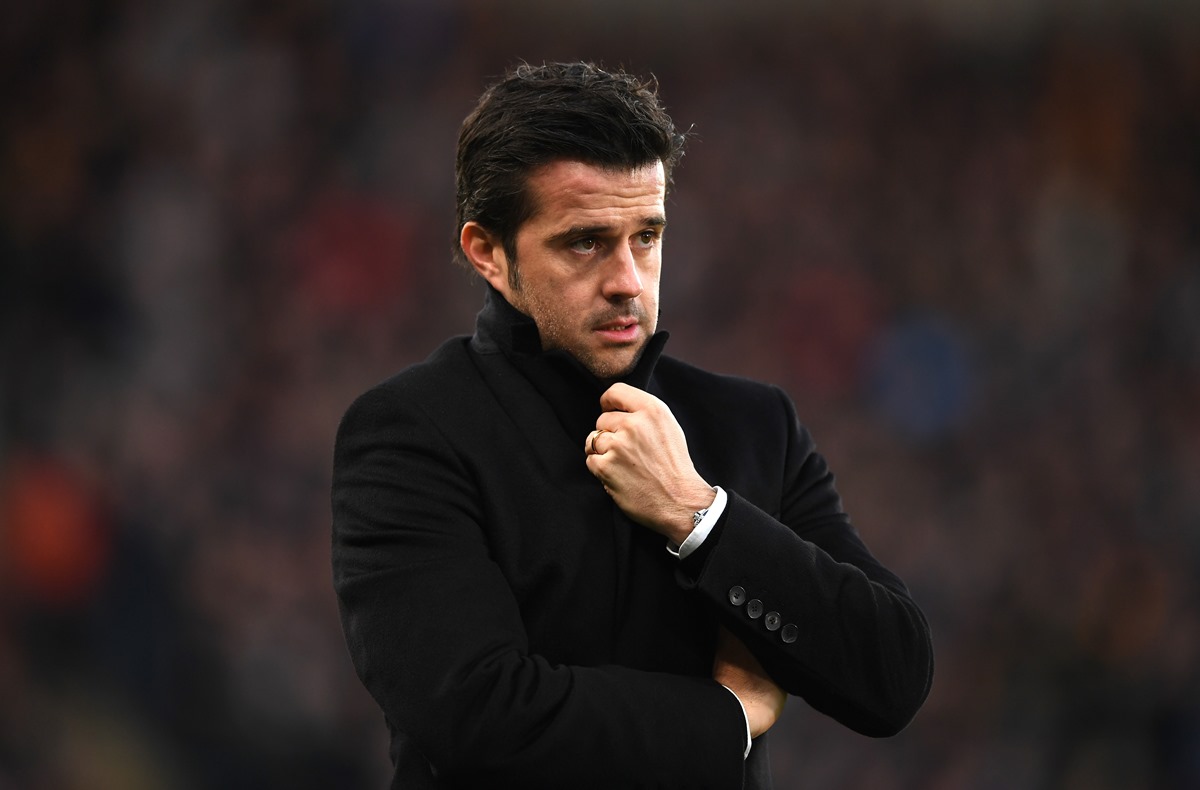 On his good start as Hull boss and this weekend’s game, Silva said:

“I want my players to keep their feet on the ground. We have won nothing yet, and the hard work must continue. I want more from my team after our last two results. We have the quality to give more and play better. Of course I have good memories of Arsenal. My last result there (with Olympiacos) was a great experience, but Saturday is a different moment.”

0 – The number of goals Hull have conceded in their last two Premier League fixtures, which came against top-four contenders Manchester United and Liverpool. If Arsenal are to get back to winning ways, they will have to break down a resolute defence.

37 – The number of goals Arsenal have scored from open play this season, more than any other team in the league. Hull’s defensive line will be tested by an attacking group of Sanchez, Mesut Ozil, Theo Walcott and Alex Iwobi.

40.9 – The percentage of the 22 league goals scored by Hull that have come from set-pieces. Arsenal will need to be organised from corners and free-kicks to avoid conceding.

32 – The percentage of Arsenal’s attacks that come from the middle of the pitch. Hull will want to remain compact centrally and force their hosts out wide.

Hull have responded brilliantly to the sales of Livermore and Robert Snodgrass in January, with replacements Alfred N’Diaye and Kamil Grosicki performing well. Other mid-season arrivals including Ranocchia, Evandro and Oumar Niasse have provided Silva with the options necessary to vary his shape according to the opponent.

Against Arsenal, Silva should plump for the rough 4-2-3-1 shape that worked so well in the victory over Liverpool, with N’Diaye and Tom Huddlestone forming a protective screen in front of the back four. They will then pose real danger down the flanks, with the fast offensive forays of full-backs Omar Elabdellaoui and Andrew Robertson combining with the energy of Grosicki and Sam Clucas ready-made to exploit any lack of tracking back by Arsenal’s wingers in defensive transitions.

Wenger is unlikely to change from his usual 4-2-3-1, with Coquelin joined by either Elneny or Oxlade-Chamberlain, depending on the Egyptian’s fitness on the day. The lone striker role should be occupied by Sanchez, whose lateral movement, quick feet and relentless work ethic could cause problems for Ranocchia, who showed himself to be error-prone during his time with Inter Milan in Serie A.

Arsenal will dominate ball possession and look for the positional rotations and fast passing interchanges between the attackers to draw Hull’s defenders out of position. 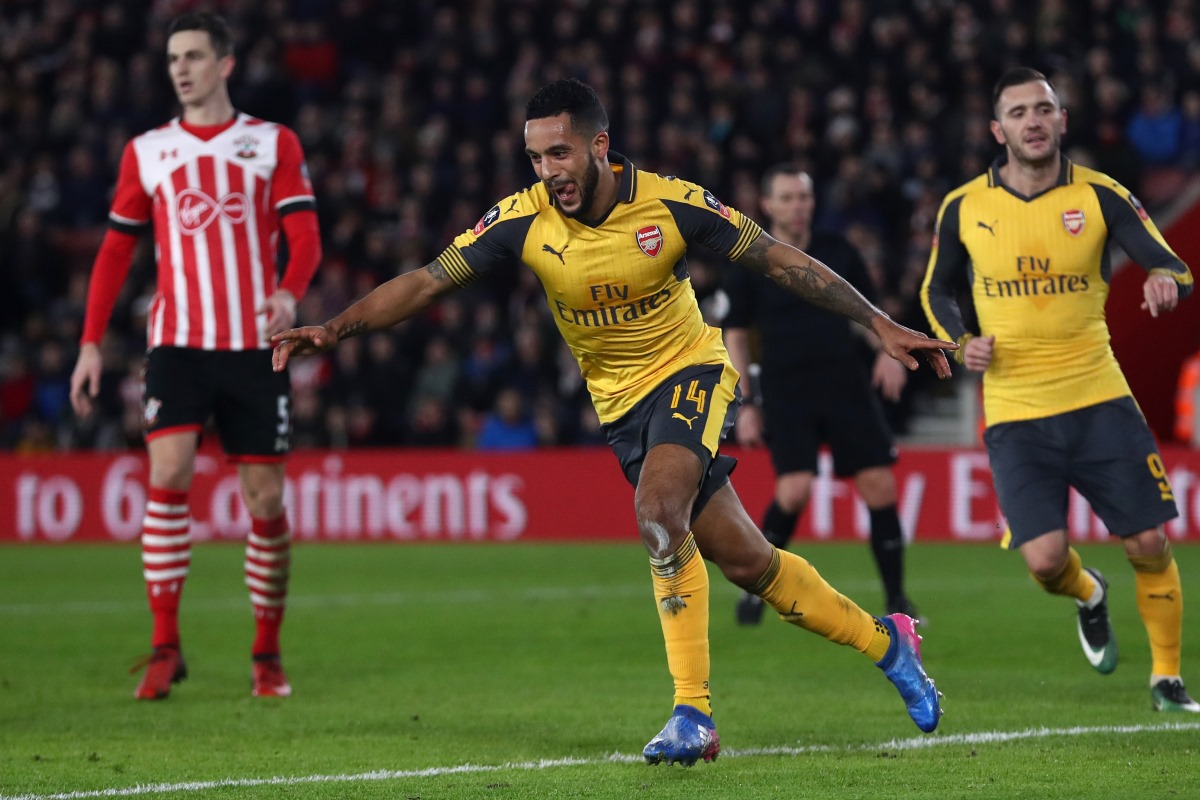 Against Chelsea, Walcott’s unwillingness to track back led to Marcos Alonso’s opening goal. The English winger cannot afford to make the same mistake against Hull.

With Bellerin out, Gabriel will once again take up the Arsenal right-back berth. However, the Brazilian is not entirely comfortable in the position and, with Robertson’s love of bombing on, overlapping, combining with the left winger and supplying quality crosses, Walcott may need to provide his defensive team-mate with greater support to ensure he doesn’t get outnumbered and overwhelmed.