Pierre-Emerick Aubameyang, Alexandre Lacazette, and Lucas Torreira helped Arsenal to leapfrog Tottenham in the table up to fourth with a 4-2 victory.

Unai Emery's first North London derby was full of drama: Arsenal taking, then losing, then re-taking the lead, before Jan Vertonghen was sent-off for a second yellow with Spurs already 4-2 down. Eric Dier and Harry Kane's goals, as it turned out, were all for nothing.

With the bragging rights on the red side of North London, here are 5 things we learned from the match.

Five or six years ago, it looked like you might never see a match like this again. Teams were packing the centre, narrow 4-2-3-1 formations for as far as the eye could see.

Arsenal and Tottenham looked like they didn't care about the middle of the pitch at times, both teams able to stream through the centre circle on a regular basis.

There was some concern in the early months of Emery's reign. Results were going the Gunners' way but the performances weren't always there, and fans and pundits were wondering how long it could last.

However, Arsenal's performances have steadily been improving, and they can safely say that they belong among the top teams in the league.

After starting the season with expected goals figures that were mid-table, they'd dragged themselves up to be only slightly behind Tottenham before the derby. After that performance, they'll be neck and neck. 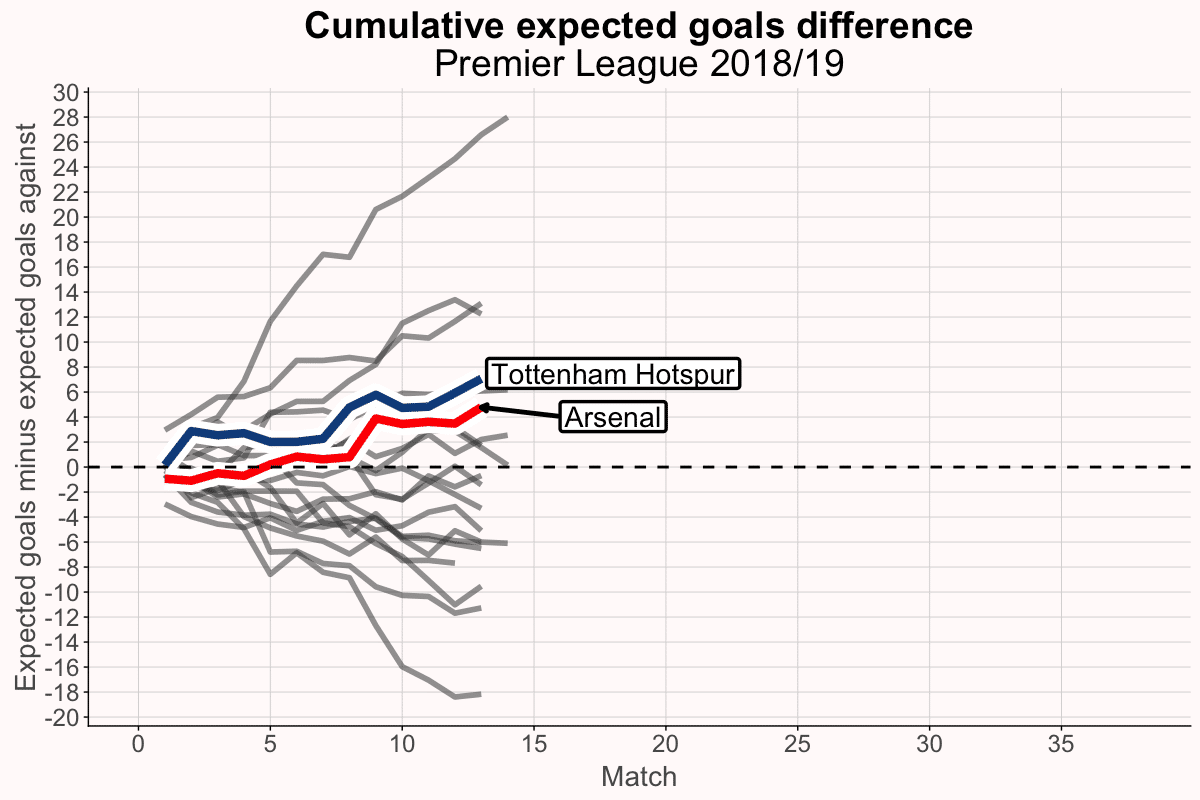 3) Spurs strike on the break

Tottenham, like Liverpool, may be a side who look ponderous in attack when they're not able to play quick football.

At times this season they've struggled to look as effective as in previous years, but against Arsenal their strength came from breaking quickly.

Nothing exemplified this more than the period where they scored their two quickfire first-half goals. Both teams took two shots in the last 15 minutes of the first half. However, while Arsenal completed 23 passes in the final third in that time, Spurs made just four. They certainly weren't hanging around.

4) In hindsight, the game was never that close

When Spurs were leading 2-1, it seemed like the game was balanced on a knife-edge. That spell before half-time was the closest the game got, in terms of shots, but in terms of territory Arsenal had the game under their control. 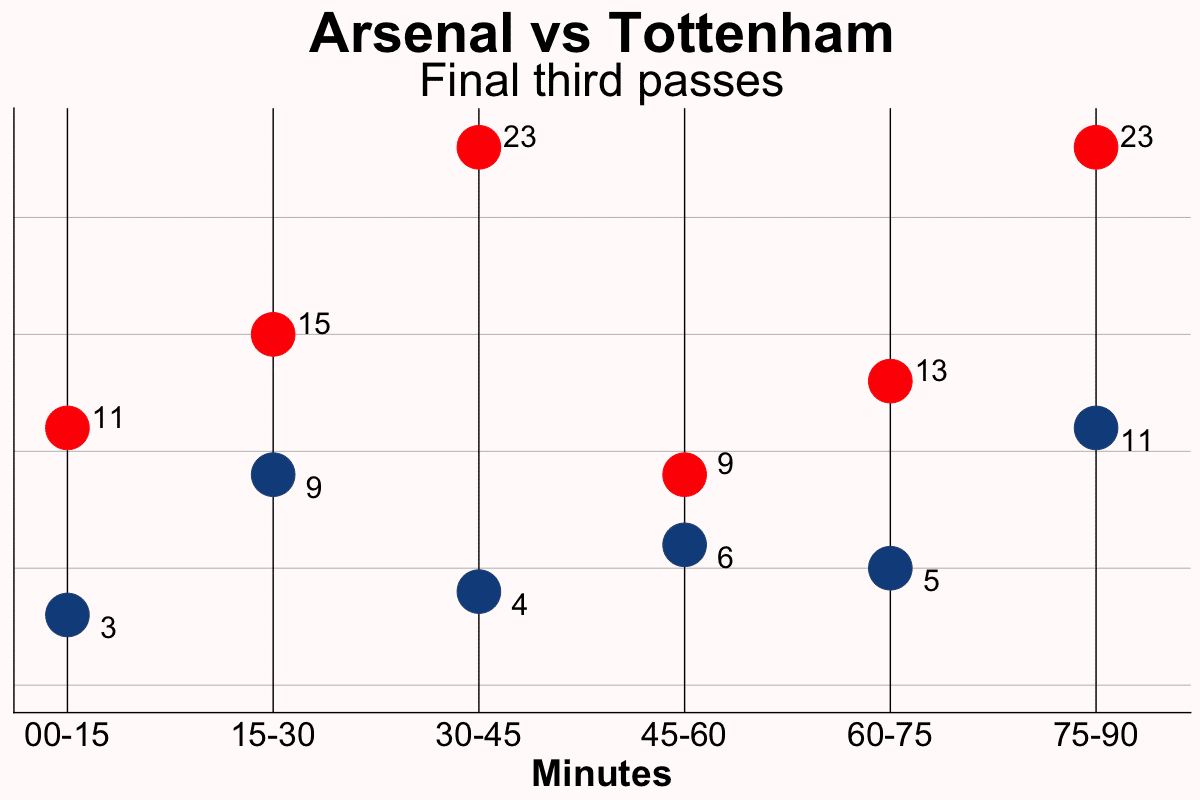 5) That was a proper derby

Chelsea against Fulham had 23 fouls in the entire match; Arsenal and Tottenham managed 17 between them in the first half alone.