Despite losing Alexandre Lacazette to Arsenal in the summer, Lyon are flying high in Ligue 1 this season.

Bruno Génésio's side have shown little sign of missing their 28-goal man from last year, with an exciting crop of youngsters lifting the club to third in the table, losing just once in their opening 12 games.

Leading the charge is Nabil Fekir, the club's captain and playmaker-in-chief. The 24-year-old has caught the eye in France this year thanks to a string of excellent performances at the centre of Lyon's midfield, with recent reports claiming the Arsenal transfer target is edging closer to completing a £60million deal.

Should the deal come to fruition, it would constitute a significant transfer coup for the Gunners and would reunite Fekir with Lacazette, a partnership that has the potential to make Arsenal fans forget about Manchester City target Alexis Sánchez and reported Manchester United target Mesut Özil, both of whom are tipped to leave the Emirates either in January or next summer.

Here, Football Whispers takes an in-depth look at Fekir and explores what he could offer Arsenal.

Who is Fekir and where does he come from?

Lyon lost Lacazette, Corentin Tolisso and Maxime Gonalons this summer. Three huge blows, but all departures which were expected. One positive for the Ligue 1 side was that they still had Fekir.

Another product of their youth academy, this would be his chance to step out from under their shadows.

OL went big in the transfer market, investing €50.5million of the funds the recouped in trying to strengthen their squad.

Mariano Díaz and Bertrand Traoré joined Memphis Depay – who arrived from Manchester United in January – to create an exciting attack. But it’s Fekir who has been their standout performer this season.

He made his debut at the end of the 2013/14 campaign, starting six games, scoring once and picking up two assists.

It was beside Lacazette the following season that he really caught the eye.

Finishing with 13 goals and nine assists, the powerful No.10 was devastating playing in a front two or behind the attack.

All eyes were on Fekir and how he would develop during his second full season. But it didn’t go as expected.

After scoring a hat-trick against Caen in week four, everything was looking good until he went to play for France at the Stade de France.

In a friendly against Portugal, disaster struck when Fekir had to come off after suffering a cruciate knee injury.

He would miss eight months of action and although he returned with five games to go, he wouldn’t make Didier Deschamps squad for the European Championships in France.

His recovery was slow and, even last term, he didn’t look the same player. Trying to combine with Lacazette and Depay, it was Fekir who looked lost, although he still managed nine goals and four assists in 28 starts.

This season, Fekir has truly come of age though. His goal from the halfway line against Bordeaux is one of the highlights of the campaign and alongside an inexperienced strikeforce, he has become a leader and improved his creativity at the same time.

He has already found the net 13 times in all competitions this season and has also notched four assists.

Fekir is a wonderfully creative player with an exceptional passing range and close control. His passing accuracy in Ligue 1 is 83.7 per cent, which is impressive given how often he will look for an incisive ball through defences, attempting passes other players would not and not being afraid to risk losing possession in order to open up an opponent. He is one of those players who always seems to have time on the ball.

He is smooth and unhurried in possession and has a heightened sense of when to play the killer pass, all qualities that would be greatly appreciated at Europe's top clubs.

With 2.2 key passes per game, he is one of Ligue 1's most productive creators. But that does not stop him from chipping in with goals himself, managing 11 in as many league games. He is also one of the most exciting players on the ball – willing to take on defenders, as indicated by his four dribbles attempted per game.

As you can see below, Fekir loves to drive at defenders. He is quick, keeps the ball incredibly close to his feet and possesses a deadly left foot, too. 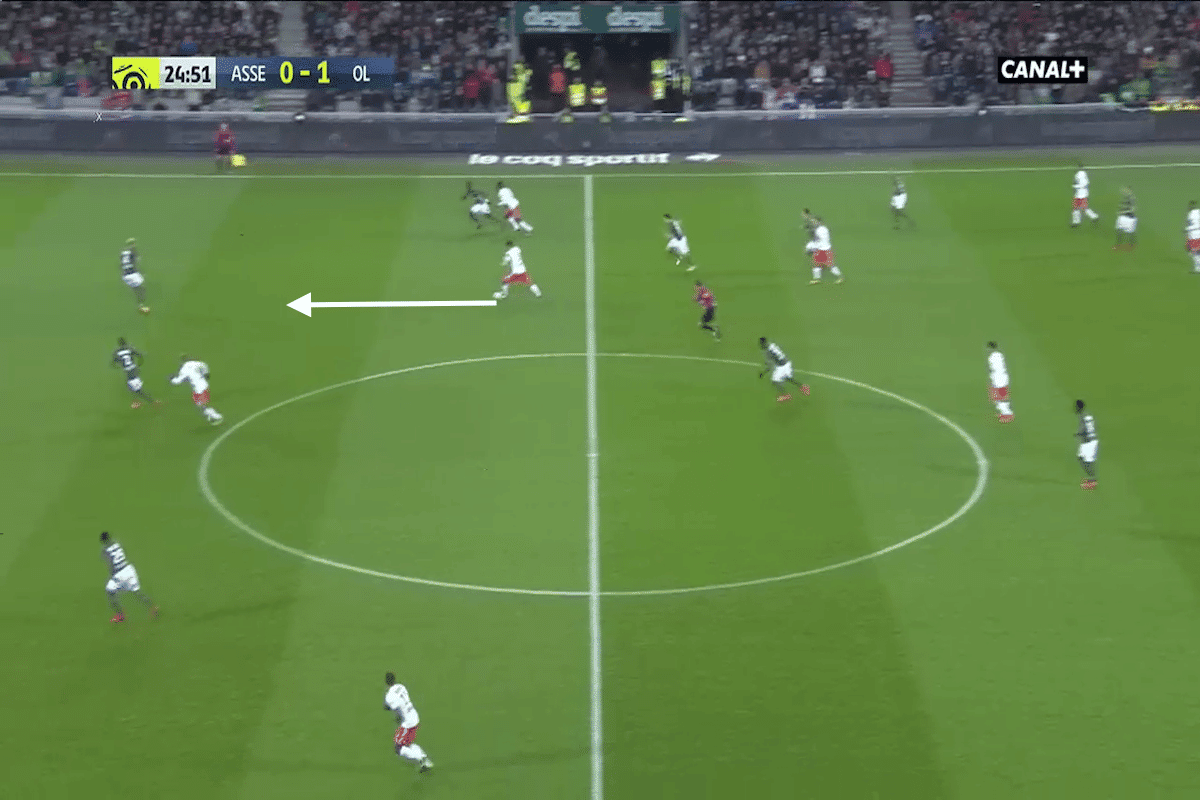 After collecting the ball on the halfway line, there is only one thing on Fekir's mind: scoring. Driving straight into the space left by St-Étienne's midfield, he bombs forward with pace and purpose. 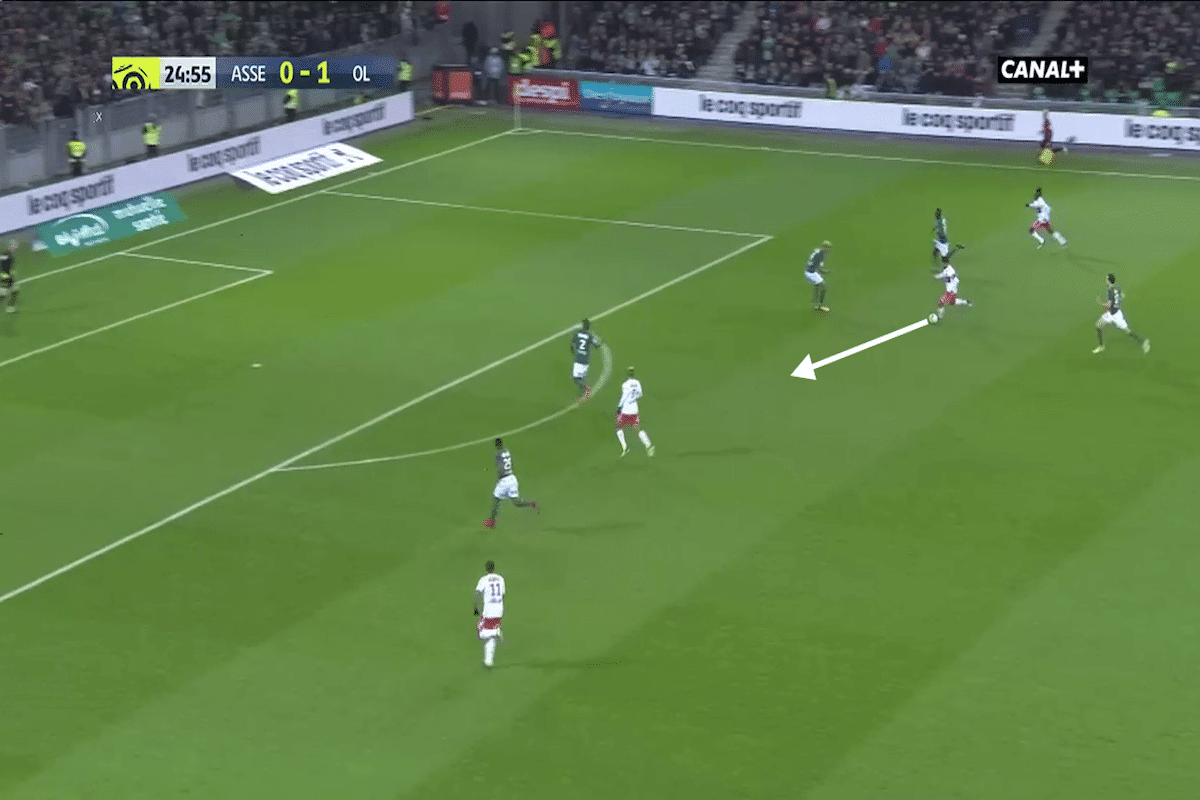 Keeping the ball close to him, he draws the defender close before dropping his left shoulder. 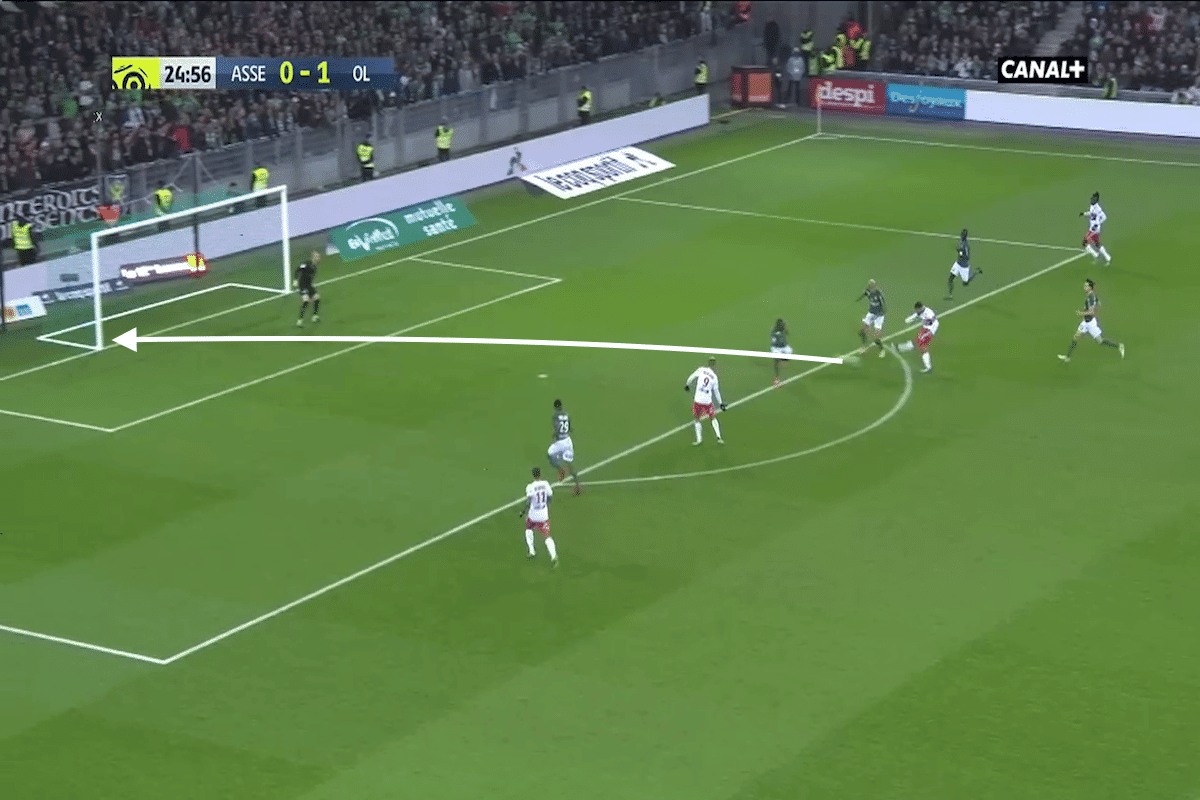 He then pulls the trigger to devastating effect, firing an unstoppable left-footed drive into the bottom corner for his first of two in a 5-0 win.

Such a level of creativity, craft and inspiration in possession is exactly the type of player Arsène Wenger will be looking to sign should Sánchez and Özil depart.

If Fekir can maintain his recent form he should be certain of a spot on the plane for next summer’s World Cup in Russia and attract a sizeable bid from a European club for his services, even if Arsenal do not follow through on their reported interest.

Although Fekir has been at his beloved Lyon since becoming a professional in 2011, at 24, he may feel it's the right time to establish himself as one of Europe's best and ensure that he spends his peak years wowing onlookers in the Champions League.

How Much Is Fekir Worth?

In 2015 he signed a deal that runs until 2020 so there is no immediate pressure on Lyon to sell just yet.

With Tolisso worth £35million to Bayern Munich and Lacazette becoming Arsenal’s record transfer at £52.7million, it would be understandable for OL to ask for somewhere in that ballpark.

Anything over £50million would start the conversation, but president Jean Michel Aulas will hold out for around the £60million mark, especially if he continues his prolific exploits in front of goal.

Premier League clubs will always show interest. Recently Barcelona and Real Madrid have been mentioned, with the player opening the door to Los Blancos, managed by French icon Zinédine Zidane.

“If tomorrow he calls me, I would never refuse him,” Fekir told French TV show Canal Football Club.

“That's in the back of my mind too. It's good that I'm at Lyon today. It's a very big club.

“You have to be ambitious and I am so we'll see what happens.”

However, Arsenal should do everything they can to snap up such a glorious creative talent. At 24, he would be a worthwhile long-term investment and has the potential to become a talismanic figure like Sánchez has been in the last three years.

Wherever Fekir ends up, he has the ability and attitude to become a creative lynchpin at any of Europe's elite clubs. If he continues to score and control games in the same manner as recently, Lyon will find it practically impossible to retain his services.