Despite an official attendance of 58,725, there appeared plenty of empty seats at the Emirates Stadium when Arsenal took on Standard Liège in the Europa League.

A lack of enthusiasm for UEFA’s second-tier competition is perhaps understandable for a fanbase that enjoyed 19 successive Champions League campaigns under Arsène Wenger, but Thursday night’s absentees missed a treat – Unai Emery’s men demolished their opponents 4-0 and offered an intriguing glimpse into the future of Arsenal in the process.

It’s easy to forget amidst the Gunners’ shambolic defensive performances this season that Emery has been operating with one hand tied behind his back in the past two months.

Arsenal’s back four in the Premier League has typically included Ainsley Maitland-Niles, David Luiz, Sokratis Papastathopoulos and Sead Kolašinac, but arguably only one of those players would make it into the North Londoners’ first-choice XI if Emery had a fully fit squad to choose from.

Emergency right-back Maitland-Niles has publicly admitted he’s not a defender, while Kolašinac has struggled to curb his attacking instincts and play as a more conventional full-back on the left side of defence.

Luiz and Sokratis have looked similarly unconvincing as a centre-back pairing, meaning that Arsenal’s porous backline in their opening seven fixtures was something of an inevitability.

Luckily for Emery the tide appears to be changing on the injury front, and Thursday’s clash with Standard Liège saw the Gunners line up with a back four of Héctor Bellerín, Rob Holding, Shkodran Mustafi and Kieran Tierney.

While Mustafi’s presence was probably more about maintaining match sharpness after being pushed to the fringes of the first-team set-up, there is little doubt that Bellerín, Holding and Tierney would have been three of the first names on the team sheet all season had they not been injured.

It has taken time for Bellerín and Holding to recover from long term knee injuries, and Tierney arrived in London with a pre-diagnosed hip issue when he signed for £25million from Celtic in the summer.

But having now all played a part in the 5-0 victory over Nottingham Forest in the League Cup and this week’s 4-0 win, it’s beginning to look like the returning trio could be the solution to Arsenal’s defensive woes.

It’s important not to read too much into results against weaker opposition of course, and Liège were staggeringly poor on Thursday. But the Gunners were outstanding, keeping a clean sheet and constantly threatening to cut their Belgian opponents open at every opportunity.

It was Tierney who really caught the eye among the defenders, setting Arsenal on their way to victory with a sumptuous cross for Gabriel Martinelli’s 13th-minute opener, before playing a part in Joe Willock’s third with 22 minutes on the clock.

He was at the heart of everything positive that Emery’s side produced in the first half, but was far from the only reason why Gunners’ fans should be optimistic about the future after an array of impressive performances. 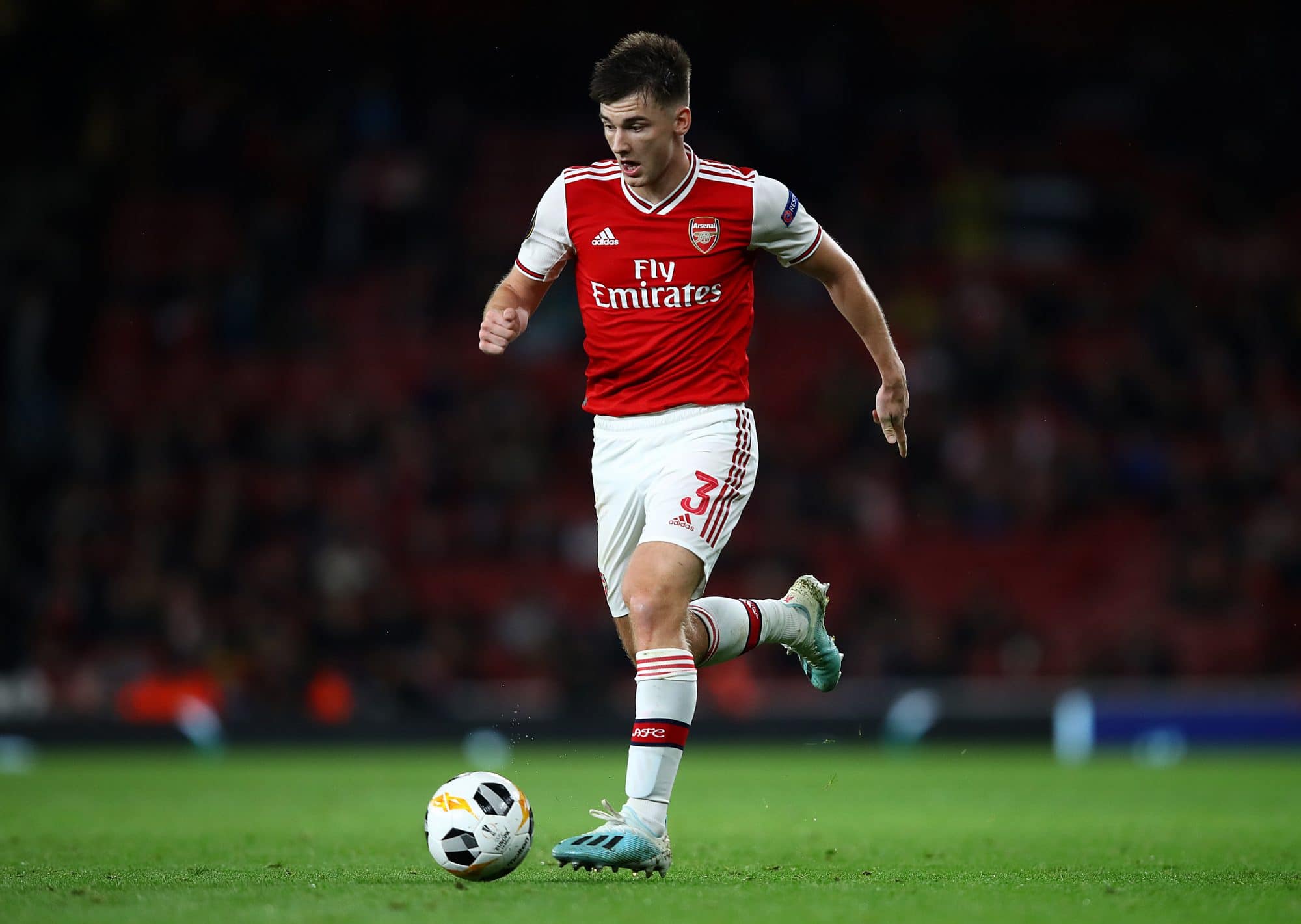 Martinelli, still only 18 years old, has grabbed the headlines and rightly so. It was his early brace which made it a comfortable midweek encounter for Arsenal and set the tone for the rest of the evening.

Signed for just £6million from Brazilian side Ituano, the prodigious talent now has four goals and an assist in just 186 minutes of football – there surely can’t be many players who have made a faster impact upon arriving at the Emirates and his form means that the club suddenly have newfound depth up front beyond Pierre-Emerick Aubameyang and Alexandre Lacazette.

Martinelli’s immediate involvement in the first team is also a testament to Arsenal’s scouting network and recruitment department, who have now sourced the São Paulo-born youngster and fellow prospect Matteo Guendouzi for a combined total of just £14million. 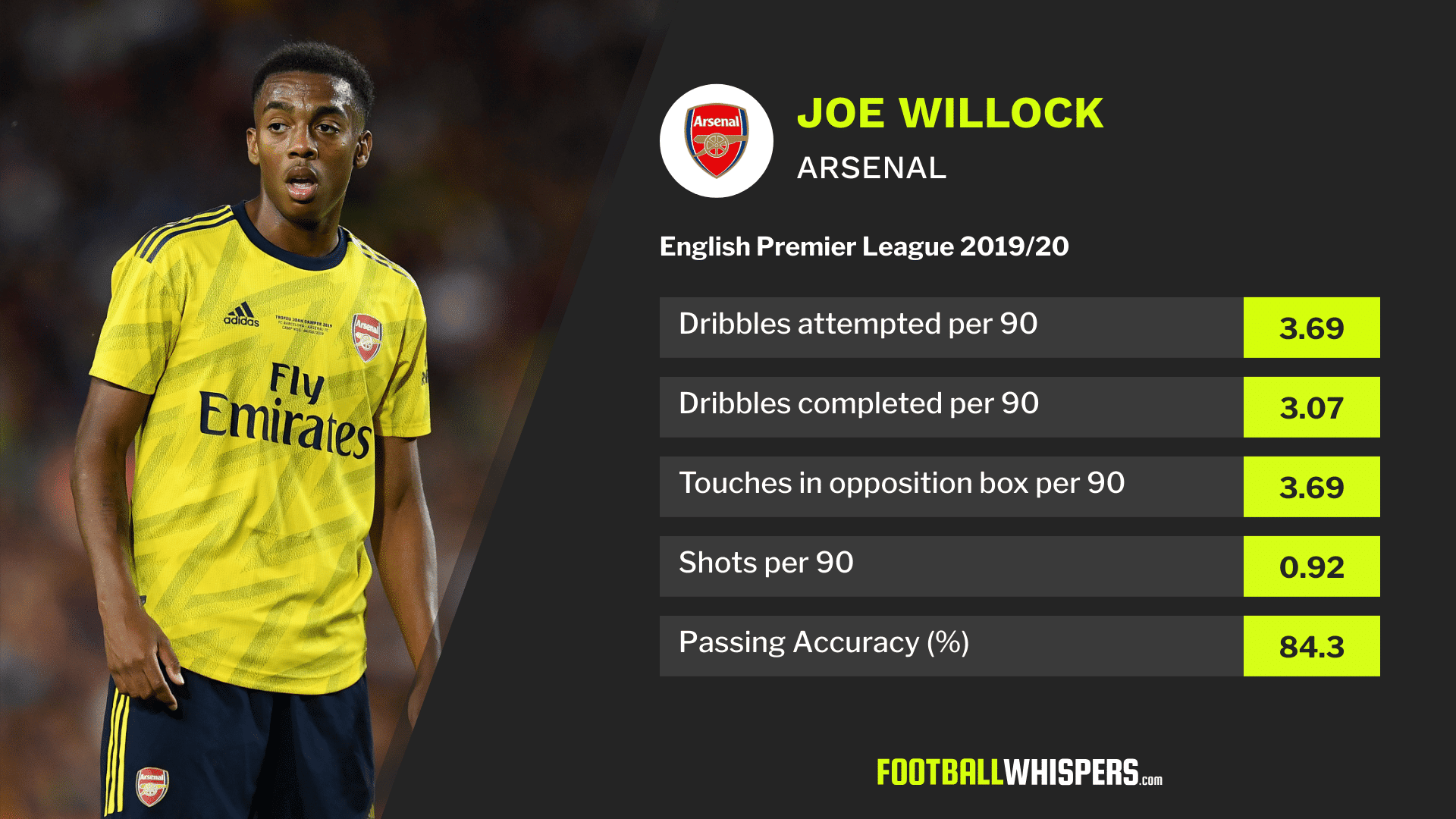 Thursday will have been a good day for those who work in the club’s academy too, as youth team graduates Reiss Nelson and Joe Willock bossed the midfield and sent a clear message to their manager that they’re ready to be a part of the club’s long term future.

And ultimately this fixture felt like looking into a crystal ball at what Arsenal could be set to become.

If you were to replace Mustafi with William Saliba – the £27million centre-back due to arrive in North London in the summer of 2020 – then you could be looking at Arsenal’s defensive line up for next season, and it appears significantly improved on what has been on offer so far this campaign.

The Granit Xhaka-free midfield on display is something that a significant proportion of Arsenal’s fanbase would like to see going forward too, while the various youngsters in the side will surely continue to improve and complement recent big name additions like Nicolas Pépé.

For so long the Gunners have seemed like a rudderless ship but a quiet revolution has clearly been underway behind the scenes.

Those plans are finally starting to come to fruition, and this moment feels like it could be the starting point of a long climb back to the top of the Premier League for Arsenal.