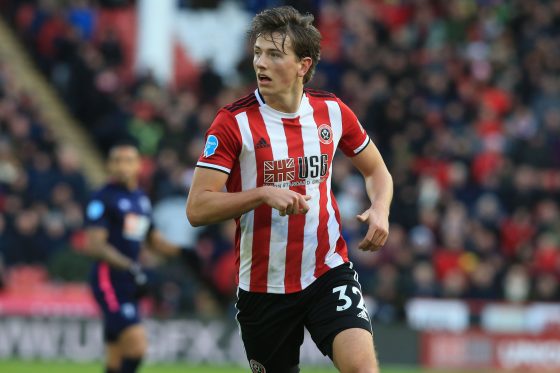 The defensive midfielder was only able to has been able to feature in just 15 league matches. He has had to spend a significant chunk of the current season out with a hamstring problem. However, he has already caught the attention of Tottenham and Liverpool apart from Arsenal.

Sheffield United signed him from Belgian outfit KRC Genk for a substantial £20 million. Even then, they stand to make a sizable profit on the player in less than two years, according to the latest reports. Arsenal have already submitted an offer for the 23-year-old, who has a release clause of around £35 million in his contract.

The release clause has reportedly dropped by £10 million due to Sheffield United’s relegation to the Championship. Even then, the Blades will still be making a decent profit of £5 million on the player should the move to North London materialise. Sheffield United will have to pay a sell-on fee – believed to be around 10 to 20% – to Genk.

The presence of Martin Odegaard seems to be a massive factor in convincing Berge about a move to the Emirates Stadium rather than to the likes of Spurs or Liverpool.

Arsenal are growing confident about being able to keep Odegaard, who is on a season-long loan from Real Madrid. However, it is understood that the Spanish club do not want to permanently give up on Odegaard, who has featured on and off for the Los Blanco since signing for the club in 2015.

Arsenal boss Mikel Arteta has made it a priority to strengthen the club in the summer, but the Gunners may be without any form of European football next season.