What a difference a transfer window can make. At the end of last season, you'd have been hard-pushed to find a more fed-up set of Premier League fans than Arsenal's.

By August 8, Gunners supporters had a renewed sense of optimism having ‘won the transfer window'.

That pessimism stemmed largely from their side's disastrous finish to the previous campaign. Arsenal were fourth with five games to go. But they won just once more to miss out on the top four for a third successive season.

No matter, they had earned a lifeline in the form of the Europa League final against Chelsea. Win that and a place in the Champions League group stages was theirs.

The Blues triumphed 4-1 in Baku.

“As the second half of the match unfolded, understanding the position we were in and some of the targets as we headed into the summer from a transfer standpoint, we had to rethink some of our strategy based on that last 45 minutes,” director Josh Kroenke told BBC Sport.

There's no predicting how a season will pan out based on a few new faces. But Arsenal's business, on paper at least, was very impressive. 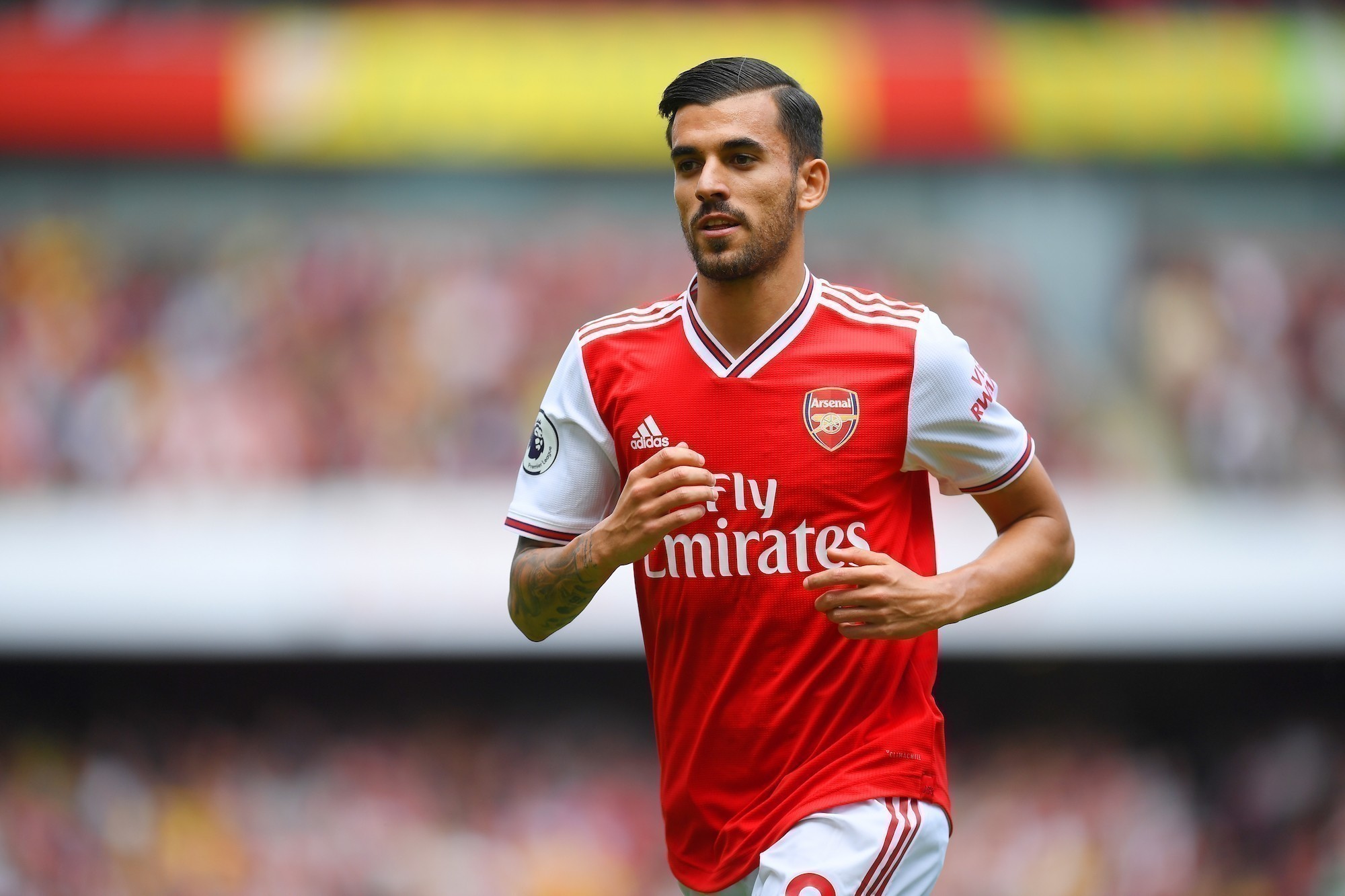 Already the Gunners are planning for the future, though, Kroenke confirming the North Londoners will be ‘proactive' when the transfer window re-opens on January 1.

“As for January, I don't want to get ahead of ourselves,” Kroenke said. We've got to evaluate some things in the short term and figure out where we might need to address going forward, so when January does roll around we're going to be proactive again.”

So where should Arsenal be looking to strengthen in the new year? We've identified three areas of concern… 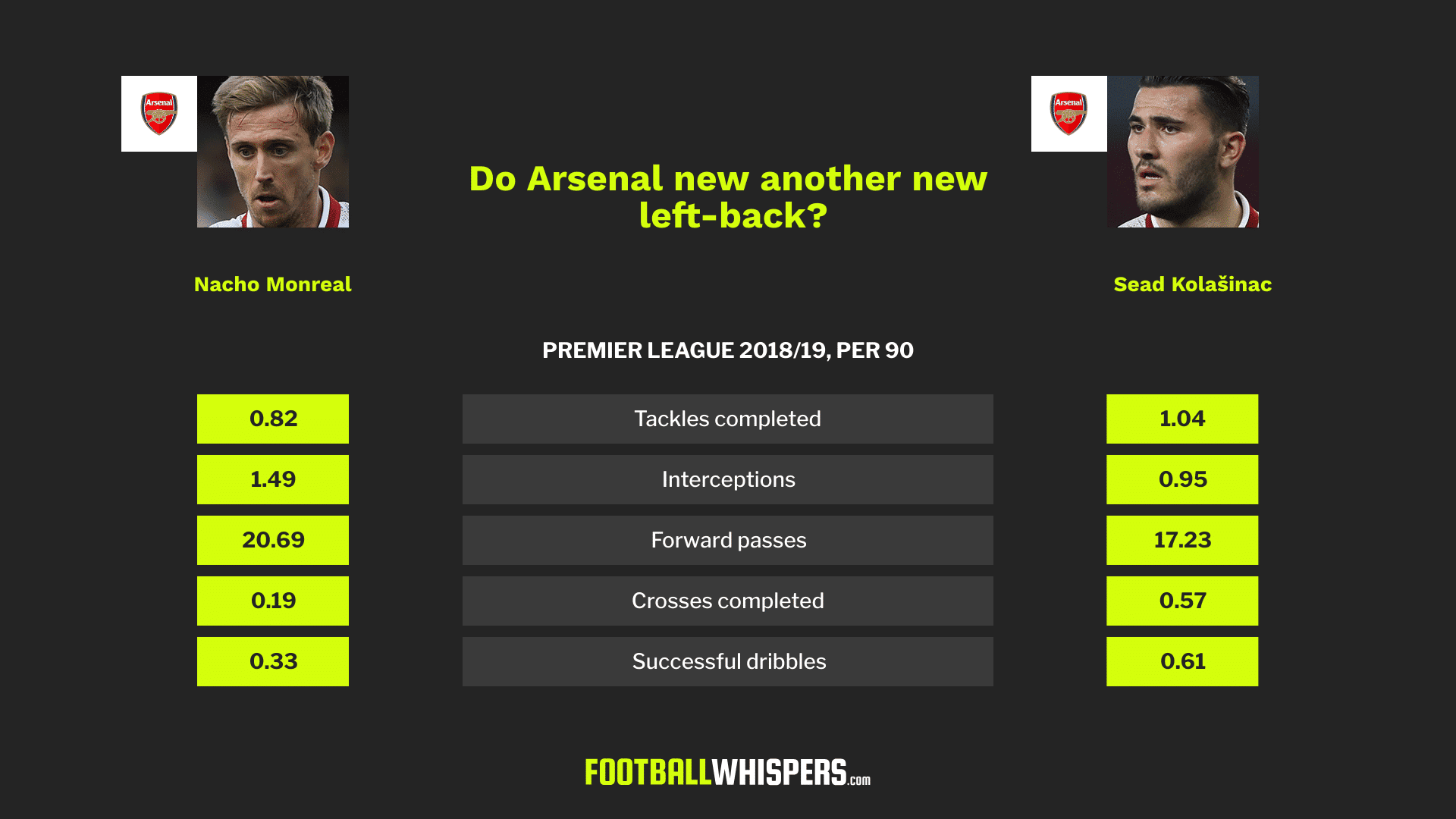 On the face of it, the £25million signing of Tierney from Celtic should solve Arsenal's immediate worries at left-back. But after the Scot, there are concerns.

Kolašinac's cult-hero status has only been enhanced by seeing off Mesut Özil's attackers with his bare hands. But that does not disguise the fact the Bosnian is defensively and positionally suspect.

In line with plenty of other modern full-backs, Kolašinac is far better going forward than backwards. Even then, he isn't a regular provider of assists or chances.

And while Monreal has played at centre-half as often as left-back in recent times, the Spaniard is gradually winding down. He turns 34 in February and is out of contract next summer. Although the Gunners hold the option of extending his deal by 12 months, a more youthful and dynamic alternative would be preferable.

Left-back isn't an immediate concern, but January would be a good opportunity to find someone to battle Tierney for the No.3 shirt in the long term. 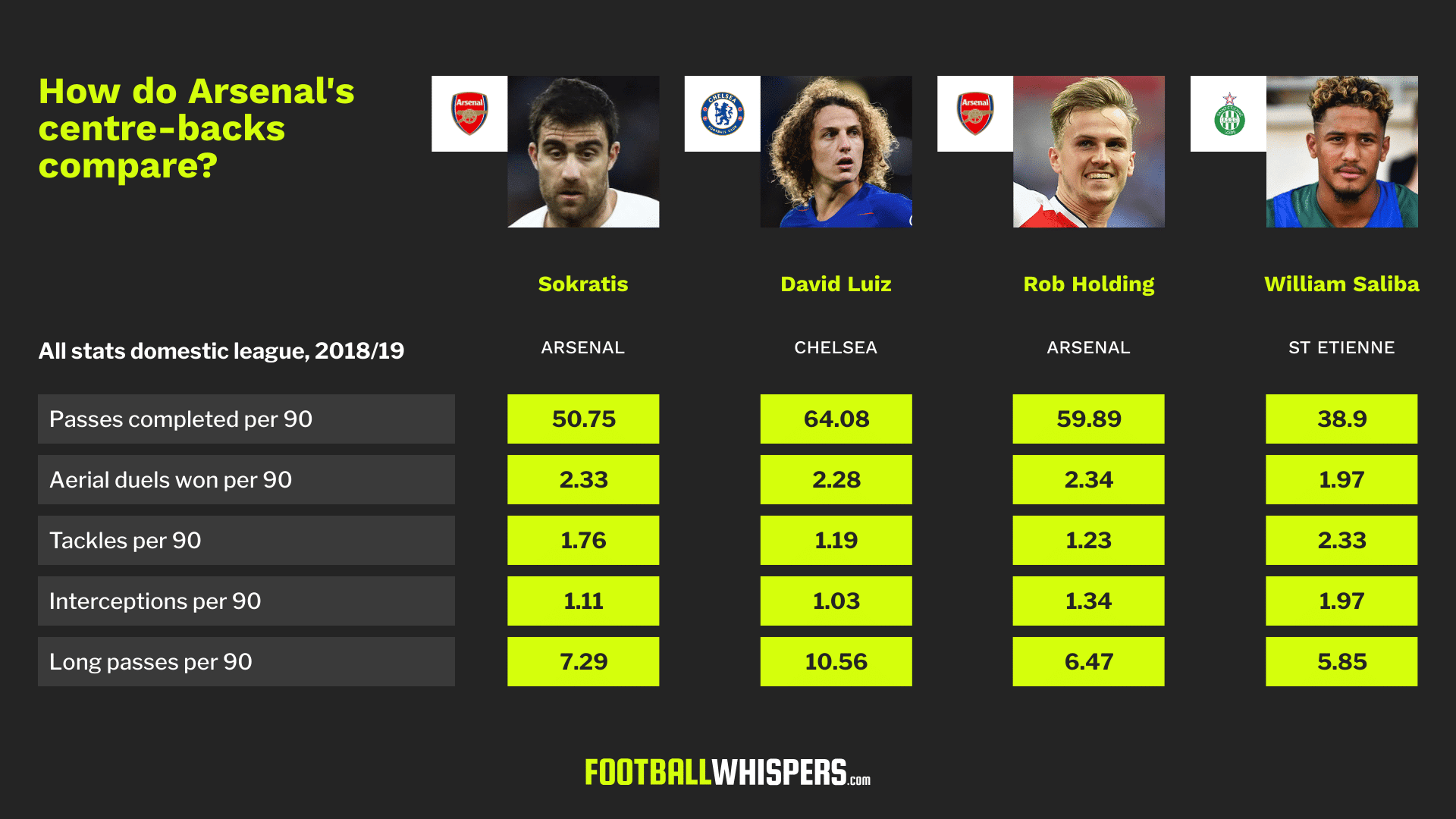 As with left-back, a late arrival  – Luiz from Chelsea – has improved the outlook. But it's a far from a secret that centre-half has long been a problem for the North Londoners.

Arsenal will be boosted by Saliba's return from his loan at St. Étienne but, at 19, the Frenchman is still raw. At the other end of the experience scale, Luiz (32) and Sokratis (31) are not for the long term.

No position better sums up the imbalance in Emery's squad than his wide options. Based on the above list, they look plentiful. Yet Pépé is the only one without some kind of question mark or caveat next to his name after joining in a club-record £72million deal from Lille this summer.

Mkhitaryan has fared about as well at the Emirates as Alexis Sánchez – the player Arsenal swapped him for – has at Manchester United. His best displays came in last season's run to the Europa League final but, in the Premier League, he has struggled.

Nelson returned to Arsenal this summer after impressing on loan at Hoffenheim last season. The 19-year-old scored seven times in the Bundesliga but managed just five starts. He's already picked up two for Arsenal following Alex Iwobi's deadline day switch to Everton but it's unlikely he'll be considered a first-team regular.

Aubameyang, meanwhile, offers star quality. But the Gabonese is a striker and his partnership with Alexandre Lacazette was the best thing about last season for Gunners supporters. He has been shunted out to the left after Emery switched to 4-2-3-1 but whether that's a long-term solution or not remains to be seen.

Conceivably, a switch to 4-3-3 with Pépé and Aubameyang flanking Lacazette would create one of the best attacking tridents in the Premier League. It would also kibosh any chance of Özil getting regular minutes this season.

While Emery would doubtless be tempted to cast the German international aside, politically he cannot be seen to expel the club's highest earner at a reported £350,000 per week. His hands tied, the Spaniard will have to compromise elsewhere. That probably means Aubameyang playing further back on the left of a 4-2-3-1.

Gunners supporters will doubtless want to see further arrivals in January. But the best bit of business Arsenal could do would not be bringing anyone else in – rather ridding themselves of the burden of Özil.