At one point it really looked like the Chile international would secure a move to the Etihad only for talks to break down.

Reportedly it was Arsenal’s failure to bring in Thomas Lemar as a replacement that led to the deal collapsing and it now means Sánchez will stay at the Emirates until at least January.

With under a year to go on his contract, there is also the possibility that the forward will see out the whole of this season before joining another club for free next summer.

It means Arsenal will have on their books a player who has one eye cast towards the future and his next move.

Such a scenario is unnerving for fans, who worry that Sánchez’s heart won’t be completely in it.

Arsène Wenger, however, does not need convincing.

“I have no doubt about Alexis’ mind and mentality that people question,” he says.

“He needs to come back to full fitness, which he was not at Liverpool. It was his first game.

“He suffered, he had a negative experience now with Chile but he is strong mentally and hopefully he will be back very quickly to his best.”

Wenger’s stance is born out of his belief that a player will always honour his contract.

Like with any job, he is paid up until the final day and with that comes an expected amount of professionalism.

“When you are a football player you perform until the last day of your contract,” says Wenger.

“What does it change that you have two years or one year to go?

“You go out on the football pitch, you want to play and to do well. I don’t understand.

“Do you really think that you sit in the dressing room before the game and you think ‘Oh, I have only one year to go – I will not play well today’?

“Where does that come from? When you’re a football player you want to go out and play and do as well as you can.

“What has that to do with the length of your contract? It’s a bit amazing.

“How long do you know that you will work for your company? As long as you work, you do well.”

Skeptics may argue Wenger is being naïve if he thinks a player will be fully committed when he knows he is leaving at the end of the season.

But, when it comes to Sánchez, Arsenal fans have plenty of reasons to be optimistic.

Everyone knows about the Chilean’s hunger to play and fight for every ball and, even if he is planning to leave in a year, that will not fade.

Sánchez is a fighter, a true competitor, and he will not waste a season putting in half the effort just because he did not get the move he wanted.

It has been claimed in the past that the 28-year-old sometimes spend days ignoring Wenger when he is substituted – so is he really going to down tools for the whole of this season?

While on the horizon next summer is the chance for Sánchez to move for free, there is also the prospect of the World Cup.

Undoubtedly the forward is nailed on to be on the plane to Russia for his country, but he will want to be in fine form ahead of the tournament.

A season of sulking and fallouts is in no way ideal preparation.

Wenger has spoken recently about how Sánchez’s situation will become more normal in the future as the cost of players' wages go up.

The fees currently being spent will eat into a club’s overhaul transfer budget and salaries will naturally be hard to keep up with as inflation rises.

“I think in the future you will see that more and more,” says Wenger.

“Why? Because transfers become so high, even for normal players, that you will see more and more players going to the end of their contract because nobody will want to pay the amount of money that is demanded and I am convinced that in the next 10 years that will become usual.”

Even if this Sanchez saga is to become the norm, a look at the past tells us how he could still play a key role for Arsenal this season.

Other clubs have taken a similar stance when it came to their star players and they benefitted greatly during their final seasons. 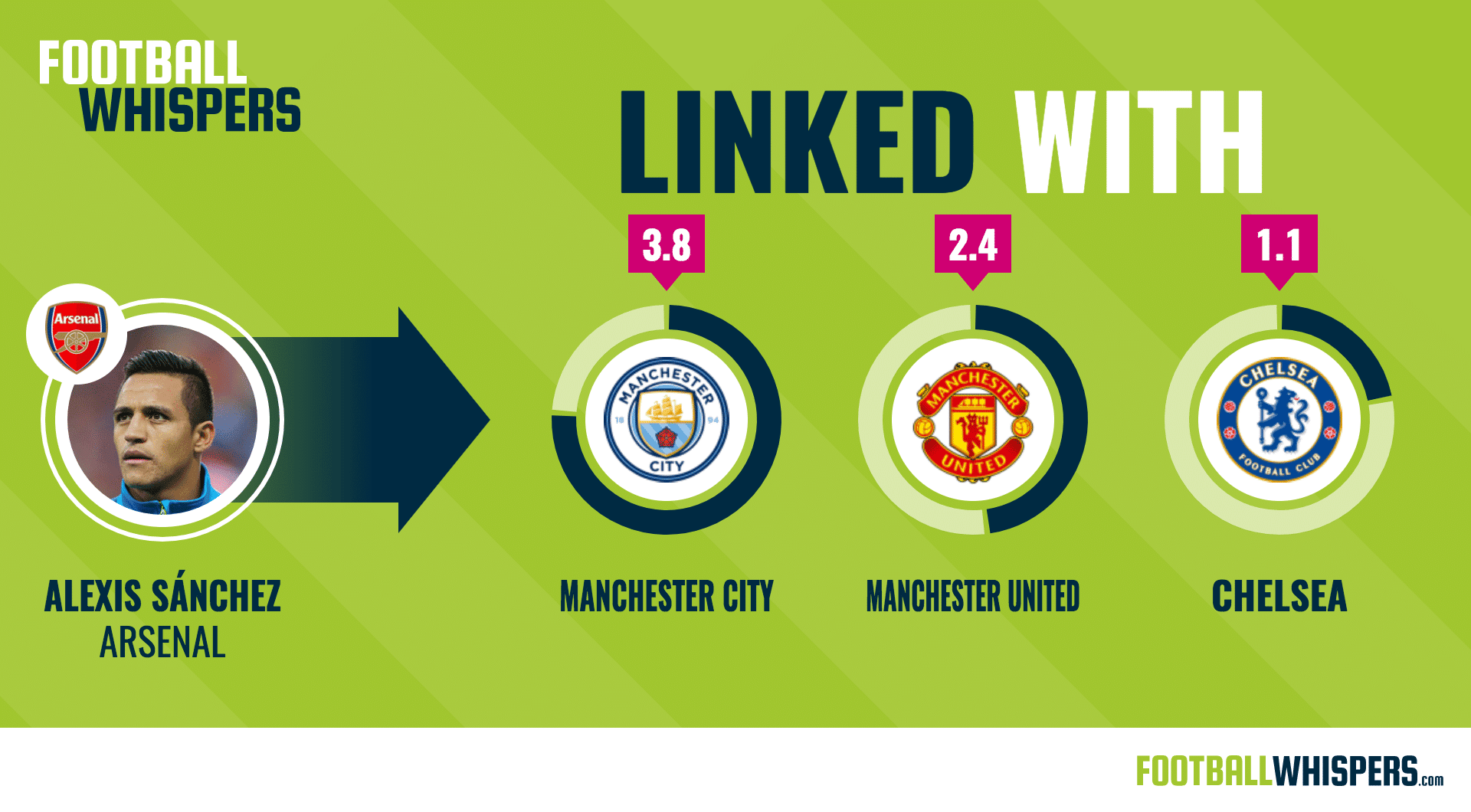 As early as November 2013 it was being reported that he was leaving Borussia Dortmund for Bayern Munich.

However, despite all that, he ended up finishing that season with an impressive 28 goals to his name.

Michael Ballack is another shining example that will give Arsenal hope.

He recalls his final season at Bayern Munich before moving to Chelsea on a free in 2006 as one of his best.

In the midfielder’s words he was unstoppable as he ended the campaign with 14 league goals – his best return for Bayern.

Larsson got 41 goals for Celtic ahead of joining Barcelona for free in 2004, while Ibrahimovic notched 50 times during his final year in Paris.

Even Arsenal’s Sead Kolašinać is in that boat too as he made the Bundesliga Team of the Season for Schalke last term in the last year of his contract.

Gunners fans will now just be hoping that Sánchez is the latest to prove that your final days at a club can be your best.