The situation is clear. Alexis Sánchez wants to leave Arsenal before the transfer window closes tonight. Manchester City want to sign the Chilean and are ready to meet the Gunners' valuation.

The deal looks like it will be completed – and City have submitted a second bid – if Arsène Wenger can find a suitable replacement for the Chilean. Which is far easier said than done.

Arsenal have been linked with a move for Julian Draxler and are ready to reignite their interest in Monaco's Thomas Lemar, but with less than 12 hours of the transfer window remaining they'll be hard pressed to secure either signing.

The most realistic option the Gunners could and should take is to accept less cash from City for Sánchez and take a player in return.

The second bid submitted for Sánchez is reportedly worth up to £60m. That is, for an elite Premier League club like Arsenal, unspectacular.

Yes, Sánchez has less than a year remaining on his contract and cashing in on a player who can leave for free next July makes financial sense. But £60m won't change Arsenal, they have that kind of money already.

So by letting Sánchez leave for such a fee, all they would be doing is strengthening a rival, and one that has very deep pockets. 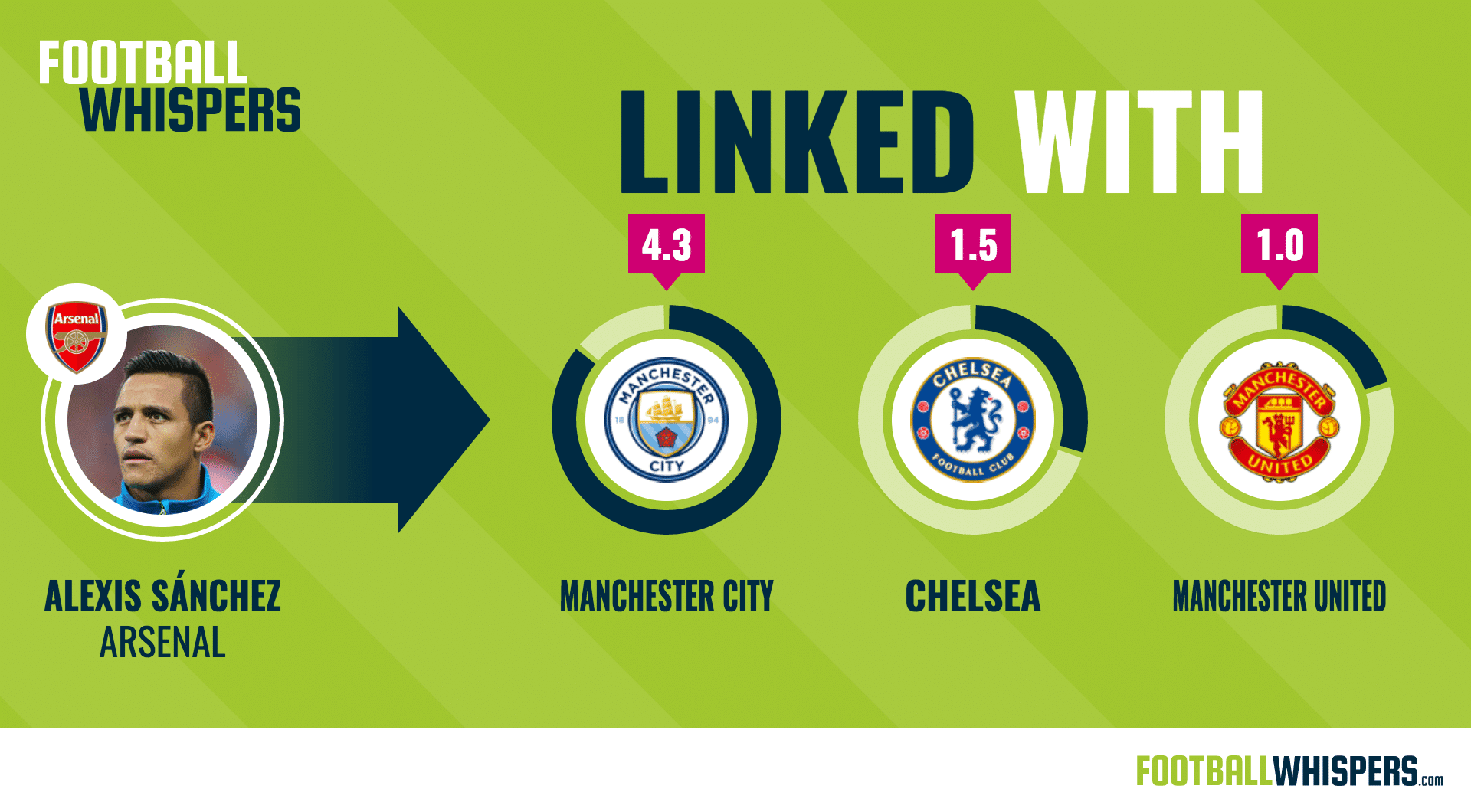 To City, who have spent more than £130million this summer on full-backs, £60m is nothing. Sánchez, on the other hand, is everything.

The Arsenal No.7 scored 30 goals last season, 24 of which came in the Premier League, and assisted a further 19. He was decisive, a match winner. And a man that could help Manchester City clinch the title.

Arsenal will know that which is why they must weaken City before strengthening Pep Guardiola's side. Are they going to be able to demand the likes of Gabriel Jesus, Kevin de Bruyne or Vincent Kompany? Of course not.

But City's squad is strong and deep. Just because a player isn't first choice at the Etihad doesn't mean they don't possess quality.

For example, why not ask for Raheem Sterling and accept £20m less? Or perhaps push for Fernandinho to be included in any deal despite the fact he's 32.

Sterling is only 22, something that is easy to forget given he's been playing regular first-team football for four years, and still has the potential to be a leading Premier League player.

There is little doubt his career has stalled since moving to Manchester City from Liverpool for £50million in the summer of 2015. At Anfield he was fearless and one of the first names on the team-sheet, at City he's in and out of the starting XI and you get the feeling Guardiola doesn't entirely trust the winger.

Yet Sterling has already made telling contributions for City. He scored the equaliser in a 1-1 draw with Everton and then netted the winner against Bournemouth at the weekend. He can be a difference maker.

Having lost Alex Oxlade-Chamberlain and with Sánchez leaving, Arsenal need a player like Sterling. And in the right environment he could produce his best football once again.

But if Arsenal could convince City to part with Fernandinho, which is admittedly unlikely, they would be gaining a quality central midfielder – that is assuming they could agree terms.

The Brazilian has qualities few, if any, of the Gunners' midfielders possess. Last season he averaged 2.5 tackles and 2 interceptions per game in the Premier League. Aaron Ramsey (0.9 and 0.5) and Granit Xhaka (2.4 and 1.3) couldn't get close to those figures.

If Arsenal could convince City to throw a player like Sterling or Fernandinho into a deal for Sánchez, it would hurt the Manchester club – it would also be a test as to how much they really want the Chile international.

Money isn't everything, especially when Premier League clubs have so much of it. Arsenal would do well to remember that in the coming hours.

Keep up to date with all the latest from deadline day