With Arsenal dropping out the top four for the first time in Arsène Wenger’s reign and increasing pressure for the Frenchman to leave the club, there is no doubt last season will go down as a disappointment.

The FA Cup victory against Chelsea at the end of May was the one shining light, as Wenger’s side coasted past the Premier League champions, flattering them with a 2-1 victory.

Despite provocations and insistence from some sections of the club’s fanbase for him to end his tenure, the 67-year-old signed a new two-year-contract and will be expected to mount a serious title challenge next season.

The Summer so far

Arsenal’s fans enjoyed a jubilant start to this summer's transfer window. Having already signed sought-after Bosnian left back Sead Kolašinac on a free, they forked out a club record £46.5million for long-term transfer target, Alexandre Lacazette.

The striker arrived from French side Lyon having scored 28 league goals in 30 games last season and 100 goals in total during seven years at his boyhood club. His arrival may mean departure for countryman Olivier Giroud, who is a Marseille and Everton transfer target.

The Metro claim the striker has been told he can leave the club by Wenger. However, despite early signings and speculation linking them with a world-record move for Monaco forward Kylian Mbappè – also a Manchester City transfer target – transfers have dried up at The Emirates and the mood at the club and amongst fans seems to have soured with it.

How will Arsenal line up?

Wenger, who is often criticised for not changing his tactical approach and being predictable, switched to a back three for the first time in his career towards the back end of last season and with it came success.

The Gunners enjoyed a triumphant run-in using a 3-4-3 system, winning nine of their last ten matches, including victory in the FA Cup. They’ve continued trialing the back three in their pre-season games so it's hard to see them playing any other way.

With only two arrivals, it's unlikely there will be huge changes in personnel. The experienced Petr Čech will most likely keep Colombian David Ospina out while Laurent Koscielny and Shkodran Mustafi are guaranteed starters at the back.

There will, however, be question marks over the wing-backs and third centre-back. Hèctor Bellerín and Alex Oxlade-Chamberlain will fight for right-wing-back, although Oxlade-Chamberlain has the versatility to also play on the left.

Nacho Monreal and Kolašinac can play either left wing-back or as the left-sided centre-half with Wenger likely to assess which player suits each role best.

The other competitors for centre-back will be 21-year-old Rob Holding and Gabriel Paulista. Club captain Per Mertesacker is further down the pecking order as he goes into his final season as a professional before retirement.

There has been constant speculation linking Sánchez, with a move away from The Emirates.

The latest rumours surrounding the 28-year-old suggest he wants to reunite with his former manager, Pep Guardiola, at Manchester City. But Wenger has remained firm on his stance that Sánchez will not be leaving.

Arsenal have been heavily linked with a move for Monaco’s evasive French winger Thomas Lemar who the Le Professor sees as competition for the front three or as an attacking option at left wing-back.

It has been reported by The Sun the North Londoners want to sign Nice’s industrial midfielder Jean-Michaël Seri if they can't land Lemar.

There have also been loose reports linking them with hijacking a move for Southampton centre-back Virgil Van Dijk – a long-term Liverpool transfer target. 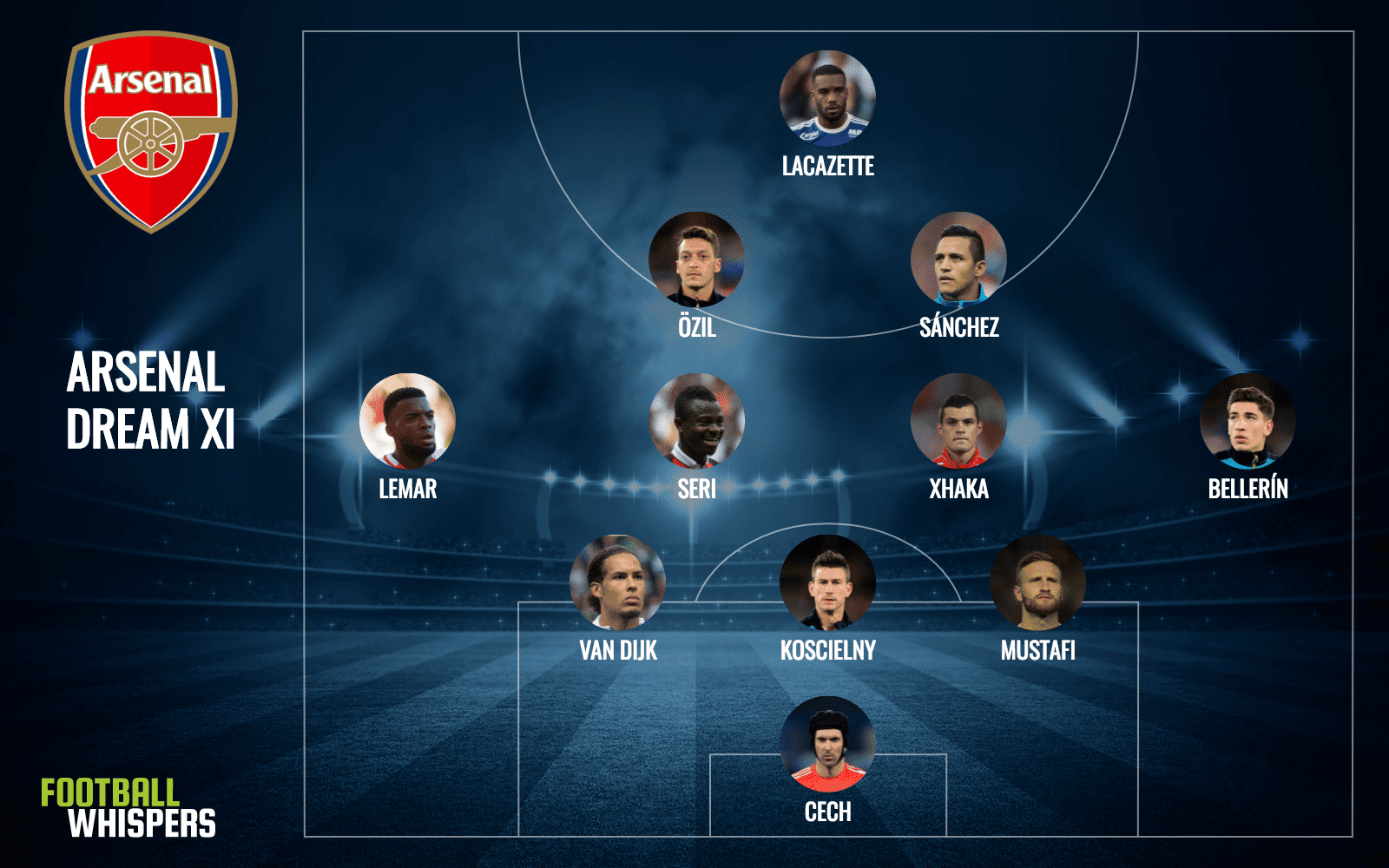 The future of Manchester City transfer target Sánchez hangs in the balance and has done since before the end of last season. After the Gunners won the Emirates Cup on Sunday, Wenger was inevitably asked about the futures of Sánchez and Özil. But a stubborn Wenger insisted it was “ideal” to have six of his squad in the final 12 months of their contracts.

A move for Lemar, 21, is unlikely as Monaco mirror Arsenal’s position on Sánchez, with Sky Sports claiming they see him and Mbappè as the future of the club and that they will not be leaving.

A move for Seri is more fathomable, although with Arsenal’s hierarchy famous for penny pinching and Lacazette already setting them back a hefty fee, it seems implausible the Gunners faithful will see any more high profile arrivals this summer. 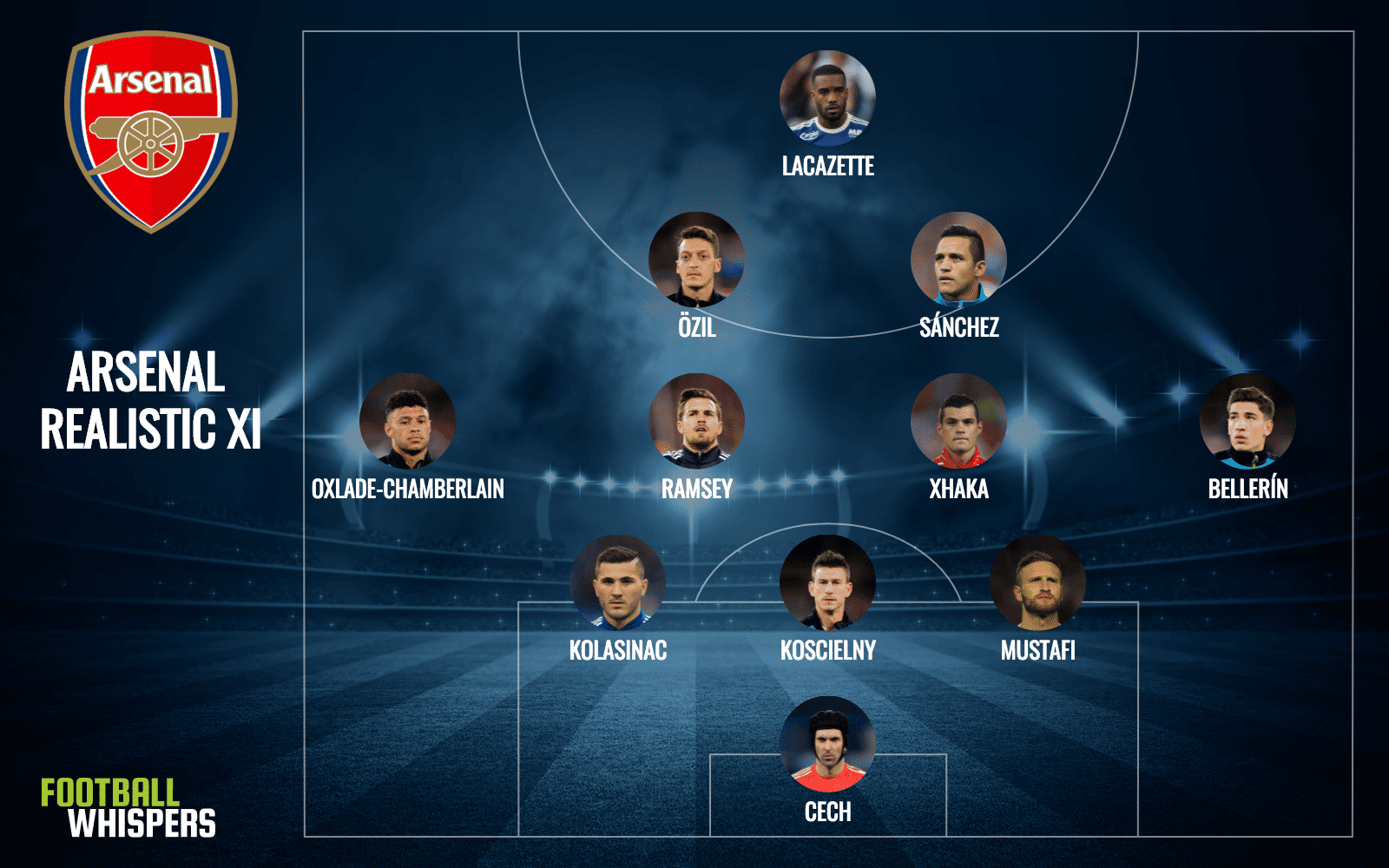 The Independent claim Sánchez wants to leave Arsenal, to fulfill his desire to play in the Champions League and team up with old boss Guardiola.

There has also been speculation linking assist king Özil with a move away, which could be triggered by the departure of team-mate Sánchez. The German is also in the last 12 months of his contract, although he has said his preference is to stay at the club.

Widespread reports claim Oxlade-Chamberlain wants to leave after growing unhappy at his lack of playing time. Chelsea and Liverpool are among the England international’s suitors.

Bellerín continues to be linked with former club Barcelona and despite Barça already acquiring Portuguese right-back Nèlson Semedo, they may want to further strengthen what has been a problem position since Dani Alves’ departure last year. 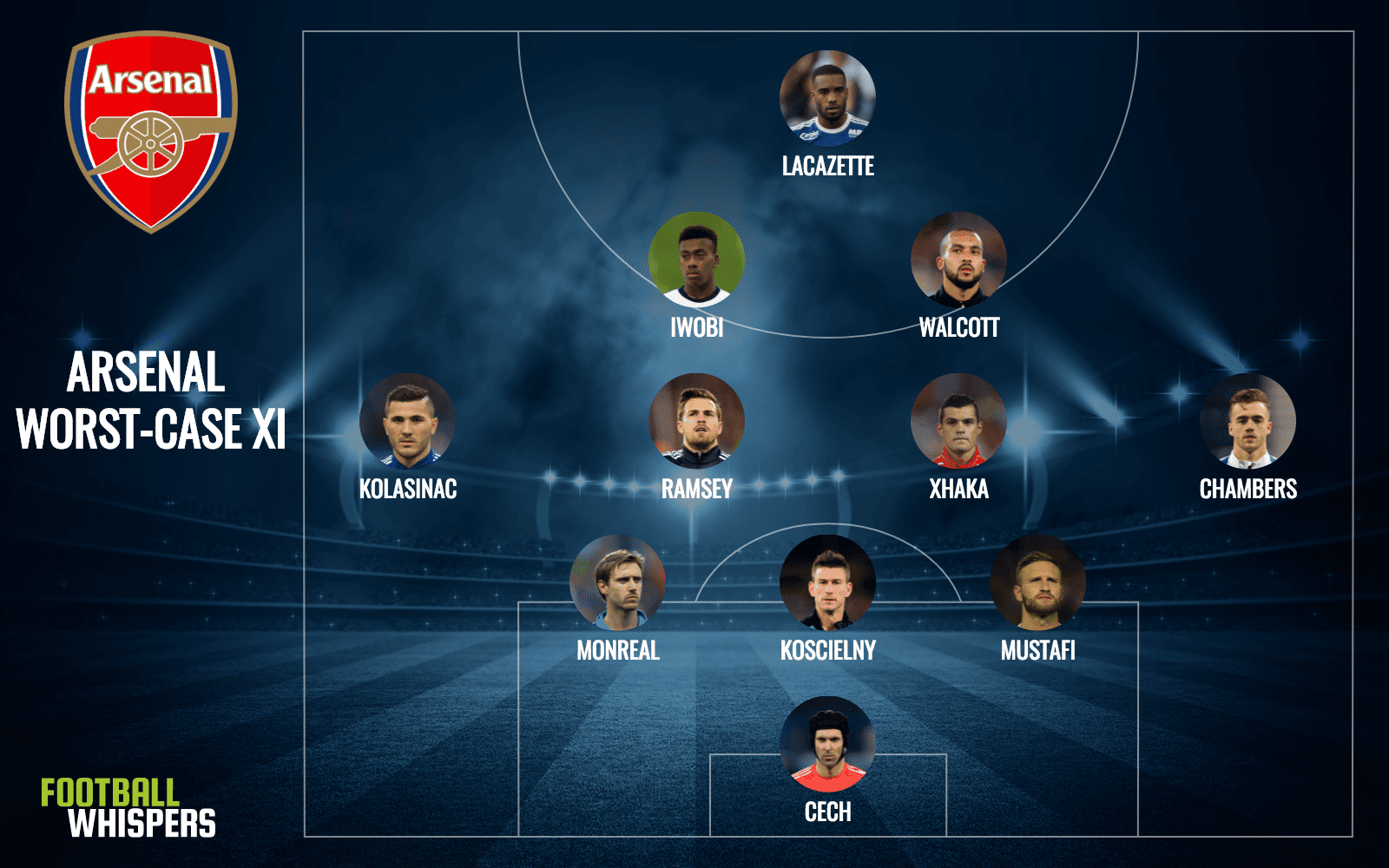 If a late move for the Spaniard does happen, once again time will not be on the Gunners’ side and they may be forced to turn to Calum Chambers, primarily a centre-back, or give Reiss Nelson – impressive in pre-season – a chance.