Arsenal have identified Southampton defender Ryan Bertrand as a potential target in this January transfer window. The Gunners are keen to add some competition in the left back position, as the departure of Sead Kolasinac has meant that Kieran Tierney does not have a great deal of competition in this position. Bertrand would be a player who can provide Arsenal with experience and quality without hurting the budget.

The 31-year-old is out of contract at the end of the campaign. He is free to sign a pre-contract agreement with a foreign club. Arsenal would not be eligible for such a luxury, but they would be able to sign the defender by paying a small fee. There would be a case for Southampton to be tempted by such an offer, as it would mean getting some funds to spend rather than allowing the player to leave for free. 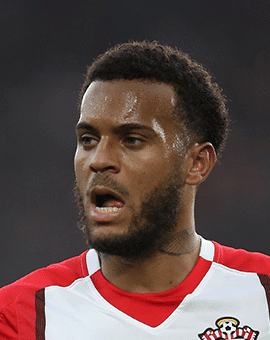 Southampton have been in discussions with Bertrand over a new contract, but they have been unable to come to an agreement so far. One of the major hindrances towards Arsenal signing the player in this window would be the lack of senior left backs at Southampton should Bertrand leave. This would put Southampton manager Ralph Hasenhuttl in a difficult position. The Daily Mail reports that the Bertrand is looking to open talks over his future only at the end of the campaign.

Bertrand is a Champions League winner who has also made 19 appearances for the England national team. A career that started with Chelsea in 2006 saw Bertrand travel to numerous clubs on loan deals before making a slender impression with the blues during the 2011-12 campaign. He moved to Southampton – after failing to secure a place at Chelsea – for around £10 million in 2014. The last of his 19 international caps for England came in 2017.