Footballers are resilient beings. Instilled in them is a spirit strong enough to have taken them into a lucrative way of life which sees them kick a ball around a field.

A lot of players dream of gracing the Premier League. For some, that dream is realised but, for a few, it soon descends into a nightmare.

It is not enough to break them, however, as they dust themselves off and breathe new life into their careers elsewhere. Memphis Depay did so after his Manchester United debacle. So, too, did Diego Forlán.

Look at Iago Aspas; he has become a hero back at Celta Vigo after failing to make an impact at Liverpool. Florian Thauvin has been devastating at Marseille after an unhappy spell at Newcastle United and Paulinho turned out for Barcelona after struggling at Tottenham Hotspur.

Another name to have rebuilt his career elsewhere after toiling in English football is Jordan Veretout, whose solitary year in the Premier League was spent unsuccessfully attempting to steer Aston Villa clear of relegation.

The Frenchman, signed from Nantes for around £7million, was brought in as part of an extensive recruitment drive under Tim Sherwood. Idrissa Gueye, Jordan Amavi, Jordan Ayew, Rudy Gestede and Adama Traoré also arrived at Villa Park.

Like Gueye, Amavi and Ayew, Veretout arrived from Ligue 1, and like the latter duo, failed to make enough of an impact. Ayew, to his credit, netted six times for a truly dreadful side that finished bottom, while Gueye enhanced his reputation enough to earn himself a move to Everton.

And while hardly a disaster – he managed five assists in 25 appearances – Veretout returned to France a year later with Saint-Étienne on loan before joining Fiorentina in 2017.

Now 26, the former Under-20 World Cup winner – which he won alongside Paul Pogba and Thauvin – now finds himself as a man in demand following two impressive campaigns with La Viola.

But why are Arsenal after him? And, with reports claiming his move to Napoli is as good as done, do the North Londoners stand a chance of snapping him up?

Simply, Unai Emery needs a midfielder. With Aaron Ramsey set to join Juventus, the Gunners have a sizeable hole to fill. Some late-season performances, namely against Crystal Palace, Wolves, Leicester City and the Europa League final defeat to Chelsea, highlighted the ease with which teams can slice through Emery's midfield.

It has led to the club being linked with a clutch of powerful ball-winning midfielders, with Atlético Madrid's Thomas Partey and AC Milan's Franck Kessié chief among them.

Veretout falls into a similar category.

As illustrated above, Veretout's game is shaped predominantly by build-up passing and defending. He tends to cross the ball regularly, while Kessié and Partey are more concerned with shooting and chance creation.

However, Veretout's game is more defensive, and he does most of his work in and around the centre circle (with only 25 touches in the opposition penalty area last season, don't expect him to make several dashes into goalscoring positions each game).

A midfield workhorse with an eye for a killer pass over the top, he produced some highly impressive stats during the 2018/19 Serie A season despite a disappointing season for Fiorentina which saw them finish 16th, only three points above the relegation zone.

An astute passer with an expansive range, he attempted 256 long passes or 7.83 per 90 minutes, creating eight Big Chances and notching three assists overall. Tenacious and decisive, he bears similarities to Lucas Torreira, with whom he shares a similar persona.

While not as effective in the final third as Ramsey, Veretout is a proficient ball-winner; in fact, he won 149 and 103 possessions in the middle and defensive thirds last season, ranking him third and fourth respectively among Serie A midfielders.

Granit Xhaka has proved divisive during his three years at Arsenal but Veretout certainly seems like the kind of dogged, fierce competitor – only one midfielder in Italy surpassed his 12 yellow cards last season – the Emirates faithful could get behind. 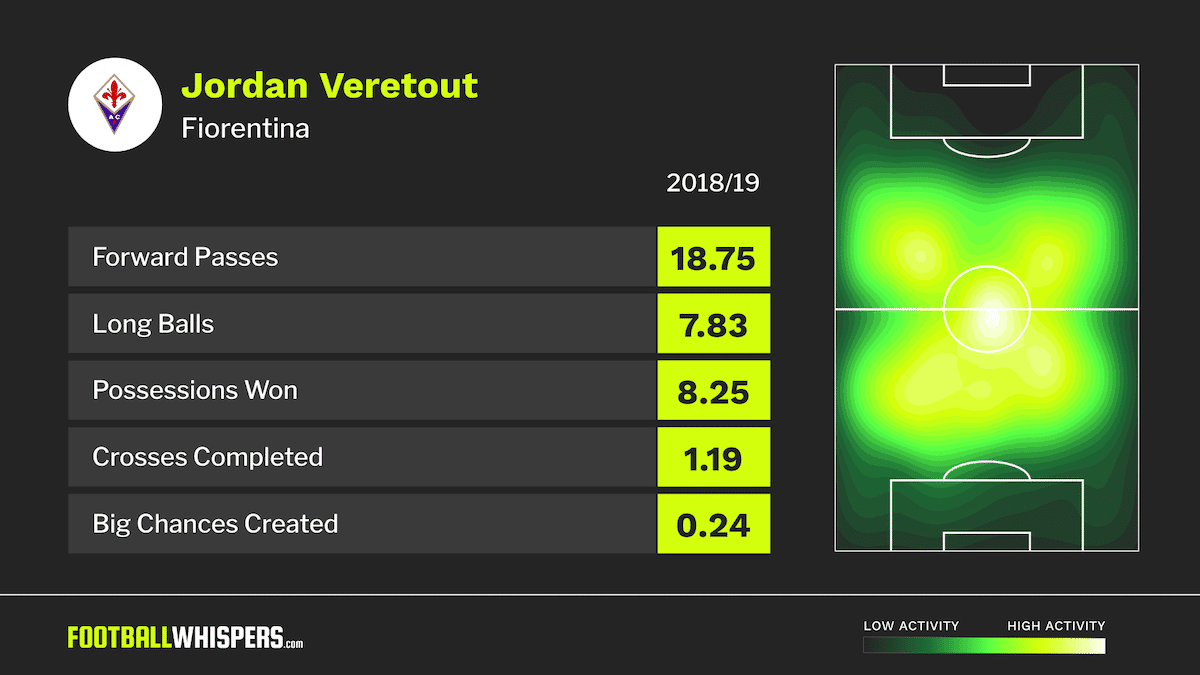 But don't be fooled; Veretout is no hatchet man. Although he relishes a physical battle in midfield, his creative side has shone at times during his two years in Florence. He made 52 key passes in 3,208 minutes of Serie A action in 2017/18 and that output increased to 76 in 2,941 minutes in 2018/19.

His vision is perhaps an underrated part of his skill-set; with time and space, he can spot and execute a killer pass as well as anyone. For example, his inch-perfect pass for Giovanni Simeone during Fiorentina's 7-1 Coppa Italia demolition of Roma in January dropped perfectly onto the Argentine's foot, allowing him to cap a stunning evening for Stefano Pioli's men. 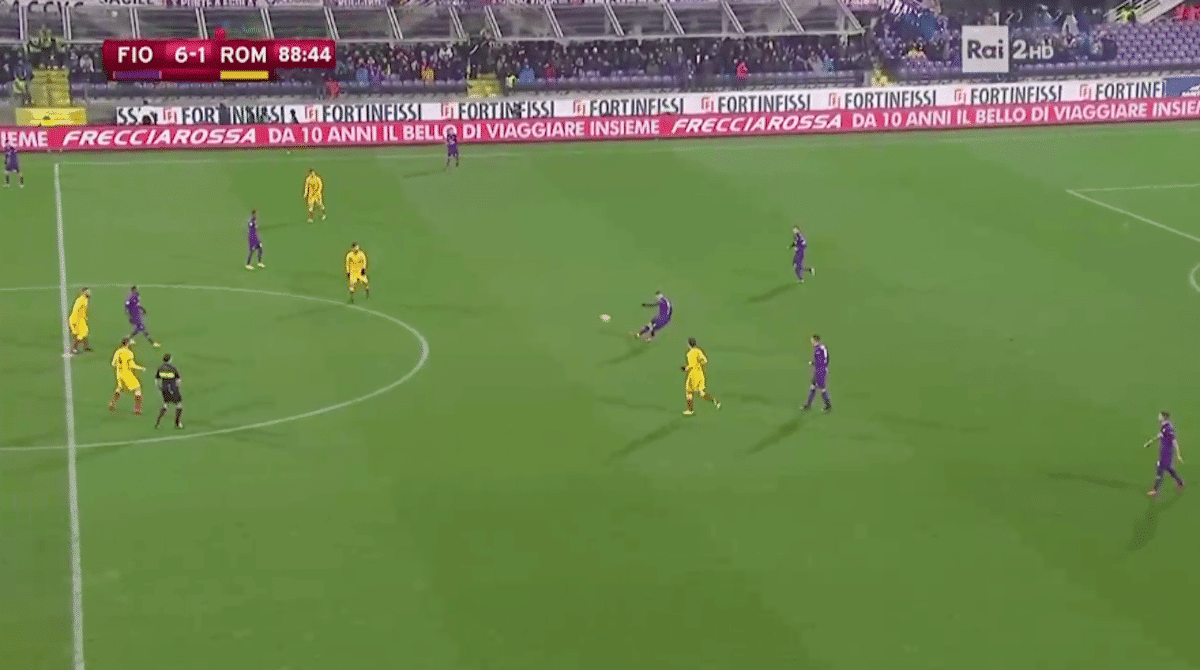 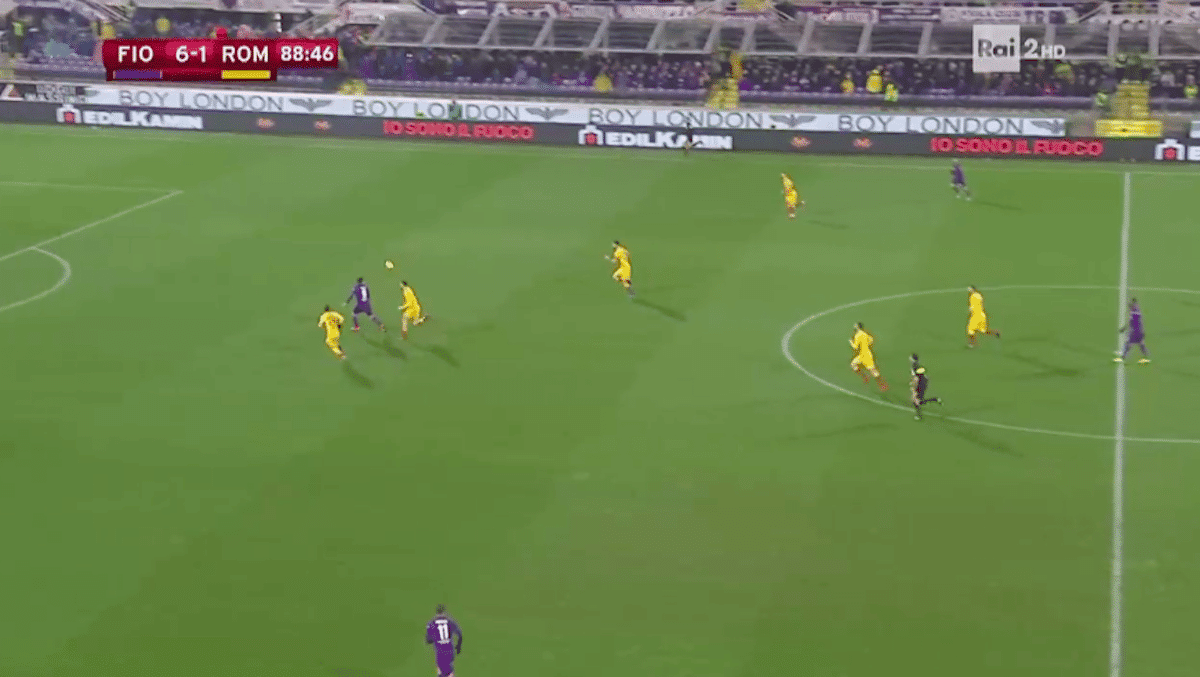 Not impressed? His raking 70-yarder against Atalanta below was arrowed perfectly into Federico Chiesa‘s path. The forward's first touch, however, let him down. 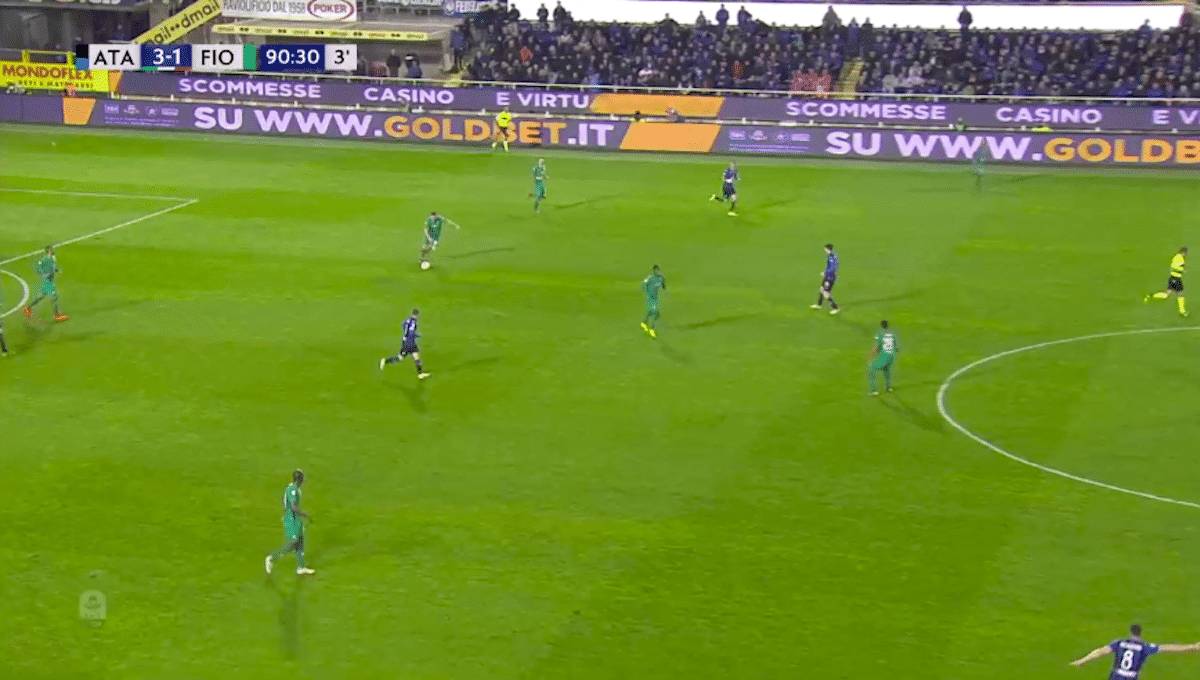 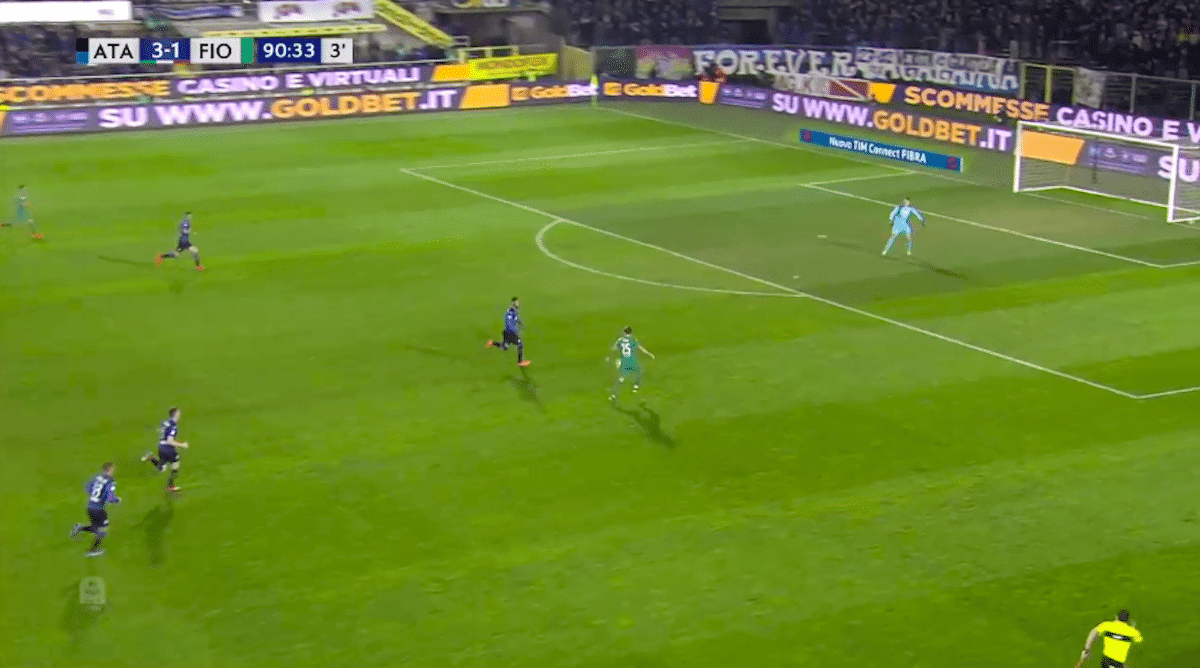 If an Arsenal move transpires, Gunners fans can expect a resolute presence in midfield, a player who can read the game and break up the play, but also produce show-stopping passes, the likes of which Pierre-Emerick Aubameyang and Alexandre Lacazette would thrive on.

Veretout may not score from open-play often – all five of his goals in 2018/19 were from the penalty spot – but Emery has enough firepower at his disposal. Further down the spine is where he needs to strengthen.

Arsenal still need a quality centre-back if they're to qualify for the Champions League but prising Veretout away from Fiorentina, under Napoli's nose, to pair him with Torreira for the reasonable price of £17.8million has the potential to become one of their shrewdest pieces of business in recent years.