William Saliba also joined but is spending a year on loan with Saint-Étienne.

The beaten Europa League finalists head into the new season with improved firepower, added creativity and a shored up defence. Boxes have been ticked and cracks have been papered over.

However, winning the transfer window comes with at a cost; increased expectations.

Extra pressure is heaped onto both manager and players. Excuses will no longer be accepted or welcomed. Arsenal have gone big, now they must deliver. 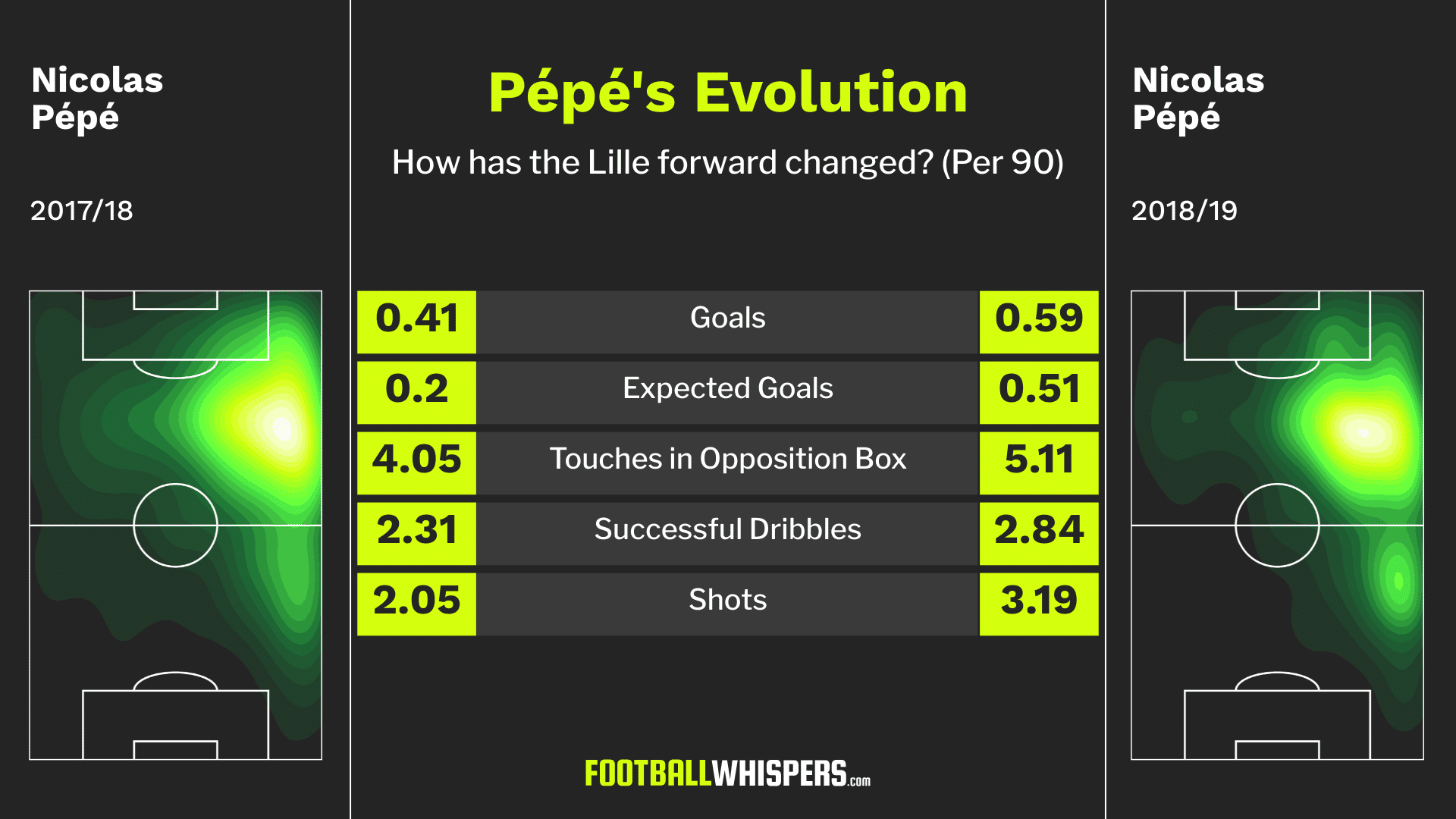 Emery was afforded a transitional season at the Emirates and he wasn’t judged too harshly as he went about getting his feet under the table. The Gunners may have narrowly missed out on a Champions League spot, falling short by a single point, but that didn’t tell the whole story for the 2018/19 campaign.

They finished one place and seven points better off than they did in Arsène Wenger’s final season as manager but a few things must be taken into account.

For starters, the Frenchman didn’t have Golden Boot winner Aubameyang at his disposal for an entire season. Emery also didn’t have to deal with mid-season upheaval either like the Arsenal legend encountered when he lost Alexis Sánchez in January.

While Emery’s side performed better in the league, they did score one fewer goal while conceding the same amount (51).

Granted, this was achieved while implementing a new style with a few new signings, but the fact is, Arsenal got lucky last season.

All of the underlying numbers show they actually claimed 13 more points than expected and such an overperformance isn’t something that often happens.

Emery needs to show his style is sustainable and repeatable. After such an investment, Arsenal can't leave it to luck to secure a top-four place. Another season outside of the Champions League might see them forced into selling one or two of their stars next summer.

The Gunners are banking on a top-four finish. With Chelsea adapting to life under Frank Lampard and unable to add to their squad this summer they shouldn't be seen as much of a rival.

Similarly, Manchester United failed to address their weaknesses and their top-six status is under scrutiny.

Harry Maguire and Aaron Wan-Bissaka shore up the defence at Old Trafford but not replacing Romelu Lukaku's goals, of which he scored 28 across two Premier League campaigns, or adding to their midfield suggests they're going to struggle under Ole Gunnar Solskjær.

If Arsenal don't capitalise on this, they've failed.

It appears as though the Gunners and Emery believe their best chance of returning to the top-four this season is to score more goals. The additions of Pépé and Ceballos back this up while the arrival of Luiz implies the defence was an afterthought of sorts.

On paper, this makes sense. This isn't to say the Gunners should treat the Premier League campaign as 38 knockout matches but trying to balance this side as you would when planning for the long-term is a recipe for a disaster.

The squad they've assembled will need defensive reinforcements next summer; and Champions League football means the calibre of players they can attract improves the pool of potential signings.

Arsenal's spending initially looks like a short-term approach but in reality, it's the foundations needed to build a better, more rounded team next year. However, it all hinges on a having secured a return to Europe's top table come May.