Going into Saturday’s fixture against West Bromwich Albion, Arsenal sit fifth, with two games in hand against Liverpool and one short of Manchester City and Tottenham Hotspur.

The battle for a place in next season’s UEFA Champions League is hotting up, and the Gunners are far from out of contention.

Forget Saturday’s protests before the Lincoln City FA Cup game, Arsène Wenger has not killed their club. Yes, he’s probably over-stayed his welcome, but speak to Sunderland and Middlesbrough fans, things could be a lot worse.

Yet, that doesn’t mask that as a club, the performances have not been at a level that the fans expect and miles away from a team that are going to challenge for the title.

Something has happened this term, something has changed, but apart from Wenger, it’s difficult to point exactly where that change has come.

We recently looked at the drop in numbers from Mesut Özil, and the German has certainly had less of an impact this season. You can’t just point the finger at one player. If his productivity has fallen, maybe the same can be said about his team-mates.

Alexis Sánchez blows that theory out the water, even going from playing wide to more of a central role, he has continued to impress and his stats back that up.

From 13 goals and four assists last term, he now has 17 goals and nine assists. His shooting his remained the same, getting slightly more shots on target per 90 minutes.

Understandably, he’s attempting less dribbles, but, with 66.6 per cent, he’s completing a higher number and losing the ball less.

The move to the middle has helped him score more goals, but he is also creating more, with 2.6 key passes per 90, compared to 2.3 last season.

Also, upfront, Theo Walcott’s ability to add to the attack has massively improved this campaign.

He is seeing double of the ball, going from 11.1 passes per 90 to 21.7, he’s shooting more, beating players off the dribble 55 per cent of his attempts compared to 50 per cent in 2015/16 and he has been rewarded with eight goals and two assists.

Olivier Giroud hasn’t started as much as he would like due to Sánchez's positional shift, but his numbers continue to impress, ranking him as one of Europe’s best centre-forwards. 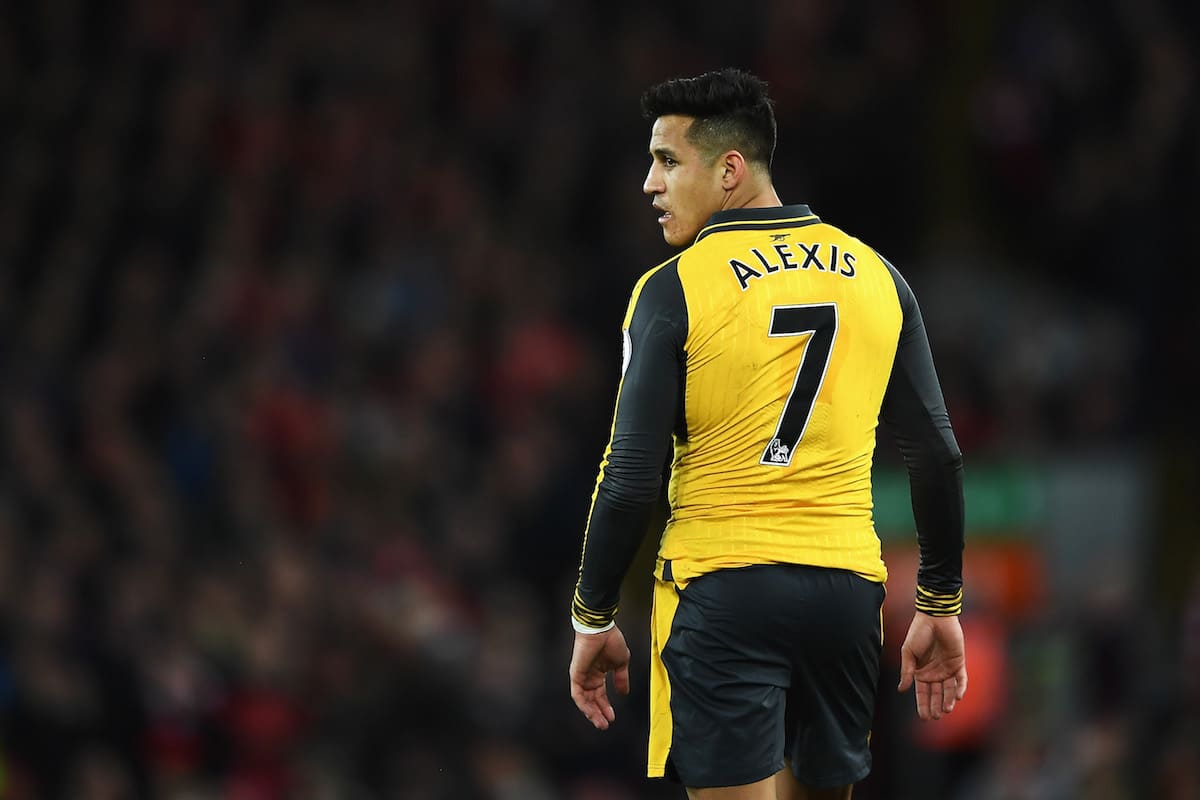 Read More: Arsenal should dump Özil and look to the future

As an attacking force, little has changed. Averaging 56 per cent possession, there has been a 0.1 increase in shots per game at 15.2, a slight reduction in shots on target and dribbles completed, but nothing to concern the French coach.

Özil is the biggest difference up front. Especially his drop from 19 assists to just four in the Premier League. Add just half of those on to Arsenal’s goals scored total and they would be the highest scoring team in the top flight.

They are facing one extra shot per game, from 10.8 to 11.8, but the interesting statistic is how teams are taking on the North London club.

Last season, teams made 336 short passes and 64 long passes against Arsenal, now it’s 337 short and 71 long, showing a change in tactic, with opposition looking to beat the Gunners in the air.

Mertesacker may have the pace of a mobility scooter but he has something most of the rest of the squad lack, balls. True leader big Per

No one will argue that the younger of the two is more mobile and promises and much better partnership with Laurent Koscielny, but in terms of defensive contribution the comparison between last season and this are extremely interesting. 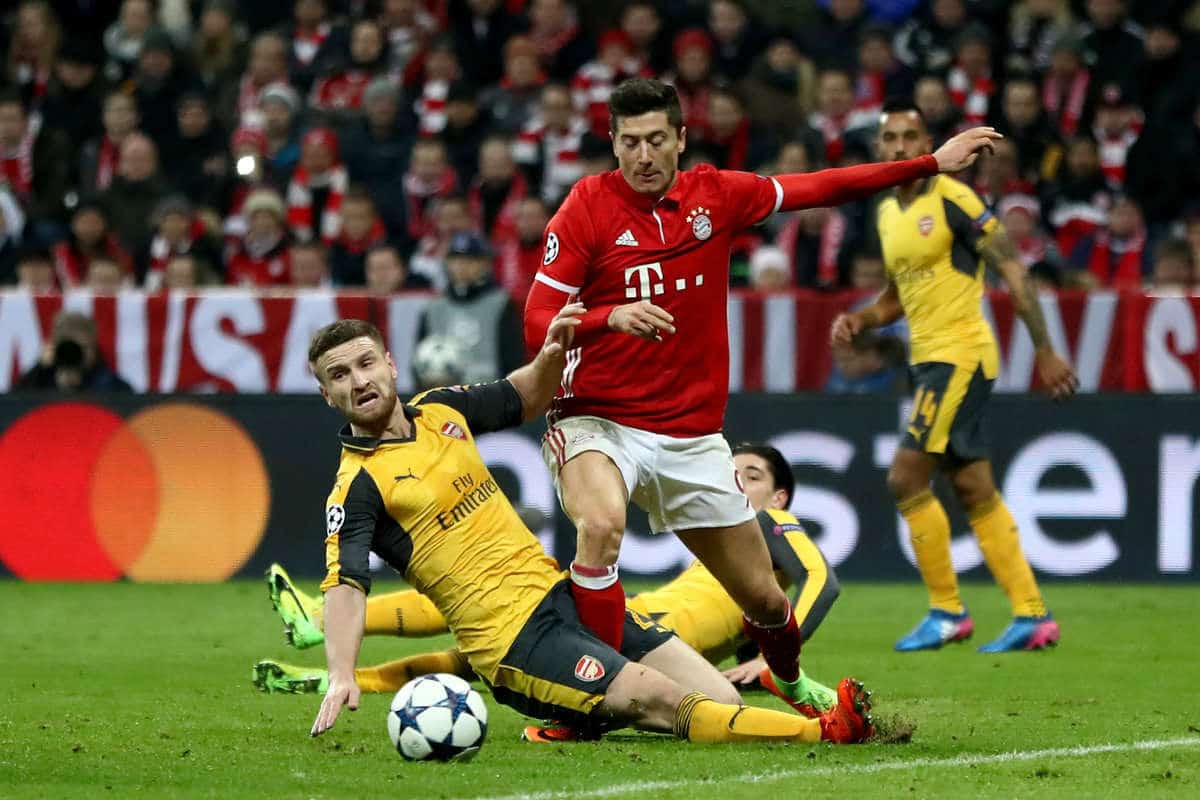 You really don’t want your centre-back making too many tackles, it suggests a problem positionally and Mertesacker averaged 1.3 tackles attempted per 90, compared to Mustafi’s 2.8 this season, the older German also won a higher amount, with 84.6 per cent to 75.

Mustafi is making more interceptions and clearances, but is fouling more than the former Werder Bremen centre-back last term, 1.4 per 90 to just 0.3.

The biggest difference is in the air. The 32-year-old only faced 2.9 aerial challenges last season, now the former Valencia defender is competing in 6.4 per 90 minutes, winning just 60 per cent to Mertesacker’s 75.8 per cent.

It’s clear that teams are targeting the fact that the 6.foot-6-inch-tall defender is no longer in the line-up.

Since the two aerial goals the club conceded in that terrible loss to Everton at Goodison Park, there have been plenty examples of this weakness.

Arsenal Bombarded in the Air

For two of the goals against Chelsea, the centre-backs were beaten in the air. First Mustafi lost out to Diego Costa – who only wins 1.3 headers per 90 – the chance smashed off the crossbar and Marcos Alonso was on head to convert.

Then in the second half, Costa beat the France international this time, knocking the ball down to Eden Hazard and the Belgian ran all the way to score an excellent goal.

Despite the poor defending in the build-up to Robert Lewandowski’s headed finish in the Champions League first leg, it was a battle that Mustafi was never going to win and a challenge that Mertesacker would most likely have thwarted.

This is not to say that the older German is a better all-round defender, but teams are obviously picking up that Arsenal are no longer as strong aerially as they used to be and it can be used to their advantage.

As Roberto Firmino’s goal for Liverpool showed, once Koscielny misses the header, the rest of the defence must do better to win the second ball and recover from that situation.

They didn’t and Jurgen Klopp’s men were able to find a finish at the back post.

When you add in the disadvantage that Wenger’s team now have in the air, the fact that teams are targeting this weakness, plus a drop in defensive numbers from Nacho Monreal, Héctor Bellerín and Francis Coquelin, it’s no surprise that the club are conceding more goals and are involved in an intense fight for fourth place this season.

In between Arsenal’s fixtures against Manchester City on April 2 and the North London derby on April 30, the Gunners face West Ham United, Crystal Palace and Middlesbrough, three clubs that all rank in the top 10 in terms of long balls played.

If Wenger wants to end this season in the Champions League places, as much emphasis should go in fighting against the aerial threat than ending his terrible record against England’s best clubs.

Lack of options will keep Arsène Wenger at Arsenal till 2018