The Europa League semi-finals were anything but dull, but there was still an air of inevitability to them.

And on the same night in Spain, Pierre-Emerick Aubameyang struck a hat-trick to down Valencia and make sure of Arsenal's place in Baku.

There has been no shortage of supporting characters en route to Azerbaijan. For Arsenal, we've seen future stars Edward Nketiah, Joseph Willock and Bukayo Saka. Chelsea, meanwhile, have fielded the likes of Davide Zappacosta and Ethan Ampadu.

But in the end, it came down to the big guns, the players to whom these sides have looked for inspiration.

Hazard and Aubameyang, in being their side's most dangerous players, are symbols of the flaws in the systems of Maurizio Sarri and Unai Emery.

Both managers have done commendable jobs in their first year in England. Sarri has led Chelsea to third place in the Premier League as well as two cup finals, the second of which may deliver his first piece of silverware in management. The Italian has achieved this while constantly deflecting questions about his own future and, more recently, Hazard's plans for the summer.

Emery, meanwhile, has navigated Arsenal through the tricky post-Wenger waters. It hasn't always been pretty, but the Spaniard can end the season by returning Champions League football to the Emirates Stadium via his fourth Europa League trophy in as many campaigns coaching in the tournament (his time at Paris Saint-Germain was, of course, spent in the Champions League). 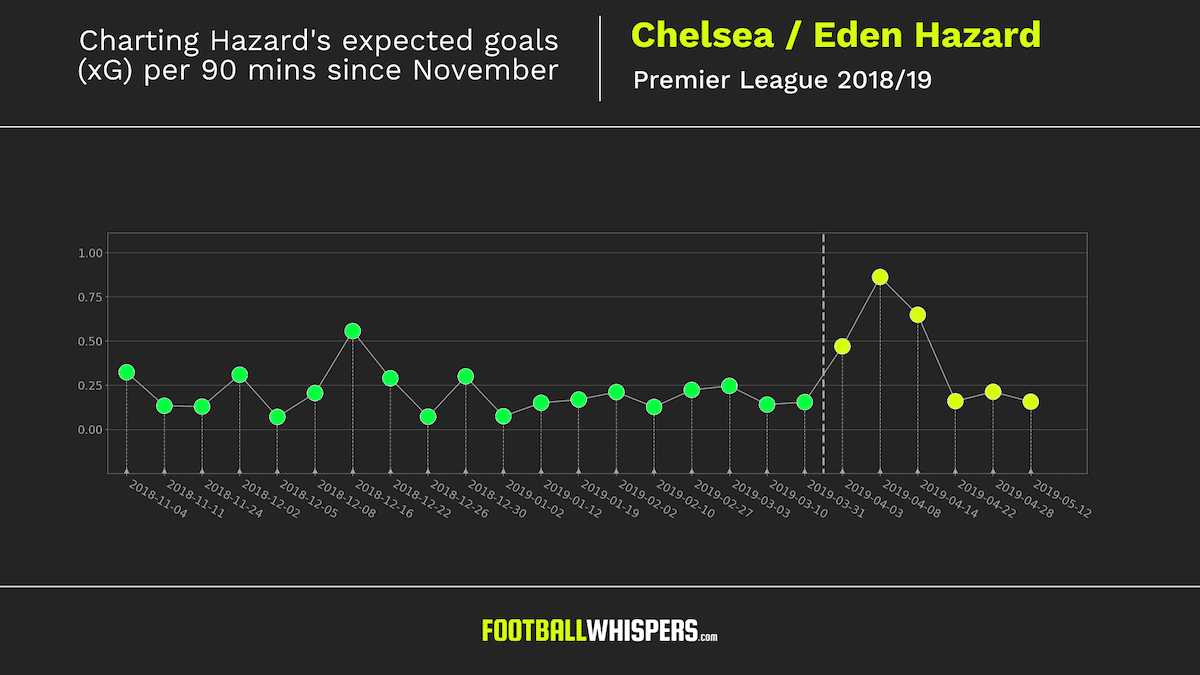 But despite the efforts of the two coaches, Arsenal and Chelsea remain deeply flawed. The Gunners' leaky defence cost them in the race to finish in the top four. At times, with Mesut Özil and Henrikh Mkhitaryan often absent, they have had to rely on their turbo-charged deadly duo in Aubameyang and Alexandre Lacazette.

And even with Christian Pulisic incoming, Hazard's performances this season have only deepened the sense of trepidation among fans concerning a post-Eden Chelsea team. Indeed, the Belgian's influence over the last seven years leads many to believe that he is, in fact, irreplaceable. We'll likely find out over the course of the next 12 months.

Baku is the more immediate concern. Hazard hasn't been as prominent as some of his teammates during this run. Olivier Giroud, for example, has started 11 of the games to this point, scoring ten times. But it's easier to imagine the Blues' No.10, not the French target man, as the matchwinner on Wednesday night.

Statistically, Hazard blows his teammates out of the water. He is the team's leader in goals, assists, big chances created, shots, open-play xG, and xContribution (xG+xA).

The 28-year-old has scored 19 goals and added 15 assists in all competitions, comfortably eclipsing Giroud's 12 and seven respectively. Hazard has been directly involved in a goal every 96 minutes this term, which may only slightly better Giroud's involvement every 98.3 minutes, but the 32-year-old has had the benefit of lining up against some obliging opponents – Dynamo Kyiv and PAOK, for example.

Ruben Loftus-Cheek will obviously be missed. The 23-year-old midfielder scored ten goals and notched five assists in 1699 minutes of action this season. Without his driving runs from deep, the emphasis on Hazard will intensify.

Hazard delivered the final blow to beat Frankfurt last time out but Arsenal were wholly reliant on their Auba-Laca axis in attack. The duo, who have netted 50 goals between them this season, scored all seven goals across the two-legged 7-3 victory over Valencia.

Since their wretched three-game losing streak in April, ten of the Gunners' 11 goals have been struck by either forward (Nketiah netted in the 3-1 win over Burnley). Yes, goals are not nearly as evenly-spread throughout this Arsenal team. 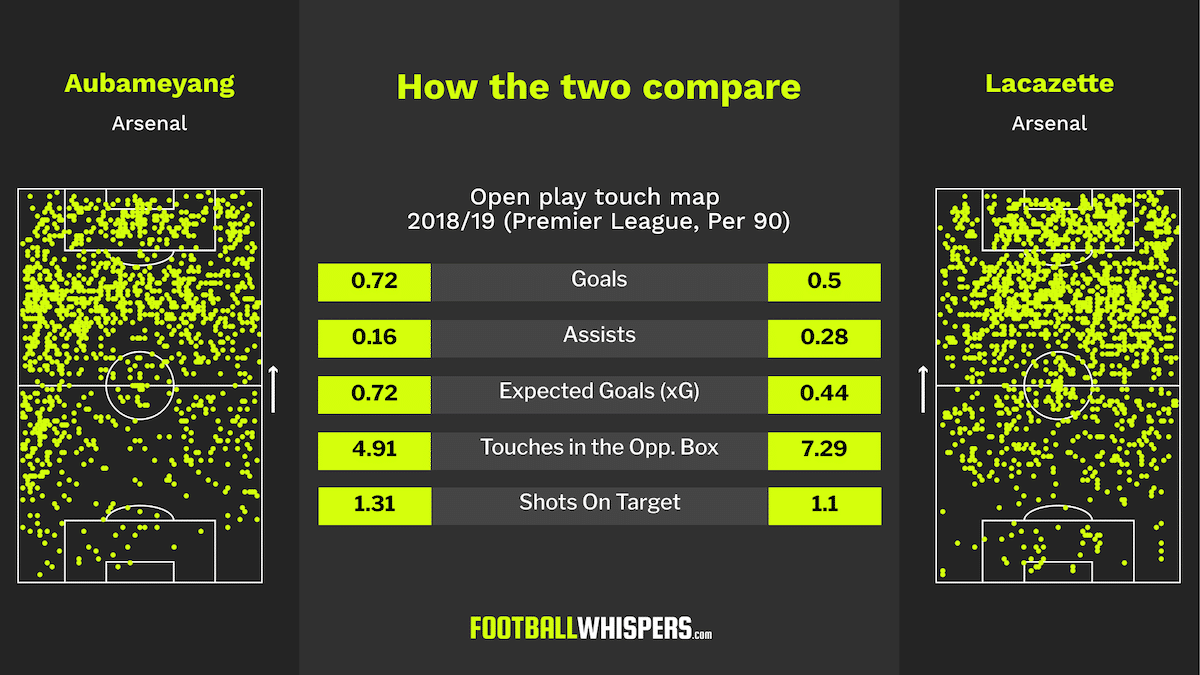 Aubameyang (31) and Lacazette (19) tower over the side's third-highest scorer, Mkhitaryan (6). In fact, Emery's strike partnership have been directly involved in 67 of Arsenal's 111 goals in all competitions this season, a staggering 60 per cent.

The Spaniard has found the system – 3-4-1-2 – to harness their immense combined prowess in the final third. However, given Özil's underwhelming output of late (the German has only one goal involvement in his last 14 appearances), the spotlight will once again be thrust onto the pair leading the line.

Finals are often cagey, underwhelming spectacles, largely devoid of excitement and enterprise. Wednesday night may be no different. Having qualified for the Champions League and with the result reportedly set to have no bearing on Sarri's future, the game bears greater significance for Arsenal.

And while Sarri will pin hopes of a first trophy on Hazard, Emery's chances are heavily reliant on the form of his two star strikers.