The January transfer window is nearly upon us and clubs will no doubt have already identified targets they hope to bring in during the winter period to help reinforce their squad. Arsenal could be one of the busiest clubs with Alexis Sánchez, Mesut Özil and Jack Wilshere all out of contract in the summer.

Manager Arsène Wenger left the door ajar for key players to leave by revealing in a recent interview that Özil and Sánchez won’t be sold next month “unless something unbelievable happens’’. It’s a stock answer and one that Arsenal fans should be concerned about.

With such uncertainty over whether key players will be at the club beyond January it would be normal to see players being linked with a move to the Emirates. However, it's unlikely many will have foreseen Wenger making a move for Manchester United‘s second choice ‘keeper, Sergio Romero.

According to reports, the Argentine shot-stopper wants to leave Old Trafford to increase his chance of first-team football ahead of the 2018 World Cup. Bookmakers Ladbrokes believe Romero could be heading out of Old Trafford in the near future and Arsenal been installed as favourites.

Alex Apati of Ladbrokes said: “With David de Gea on the scene, Romero is never going to break into Mourinho's first-team plans – and it now looks likely that Wenger will take advantage of the Argentine's availability.”

If he wants to be Jorge Sampaoli's No.1 then he needs to be playing regularly, something that is unlikely to happen while he's with the Red Devils barring injury to undisputed starter De Gea.

Romero was reportedly a transfer target for Arsenal over the summer but a move never materialised. However, with Petr Cech's form starting to deteriorate and David Ospina never really having the requisite quality to play for the Gunners in the Premier League on a regular basis, now would be a good time for Wenger to go shopping for a new goalkeeper.

Don Balon, a publication in Spain, recently suggested that Arsenal would go to battle with Paris Saint-Germain and Juventus to secure the signature of Barcelona's No.1, Marc-Andre ter Stegen.

The Gunners haven't been shy about splashing the cash over recent seasons; with Sanchez, Ozil, Granit Xhaka and Alexandre Lacazette all signing for big money, but all of those players signed with little competition.

Could Wenger sell the Arsenal project to ter Stegen and convince him to join them ahead of Juventus and PSG? It's doubtful.

Expectations will have to be tempered but a side with aspirations of playing in the Champions League be targeting better players.

It's hard to really read into stats for goalkeepers and it's even more difficult when the system they're being used in differs to the one the club they're being linked to uses.

For United he's behind a defensive unit that sits deep. They're defensively solid and don't let many shots reach their goalkeeper.

At Arsenal it's a different story. Though the Gunners now use a back three formation it's far from perfect and the defence can be exposed at times.

Romero may be a decent enough shot-stopper, and whenever he's conceded a goal for United it's appeared as though he's had no chance of stopping it, but when you look closely you see he's not confident about coming off of his line.

He, at times, makes it easier for the opposition's attacker by not coming out, narrowing the angle and rushing them into taking a shot. It's evident in the images below. 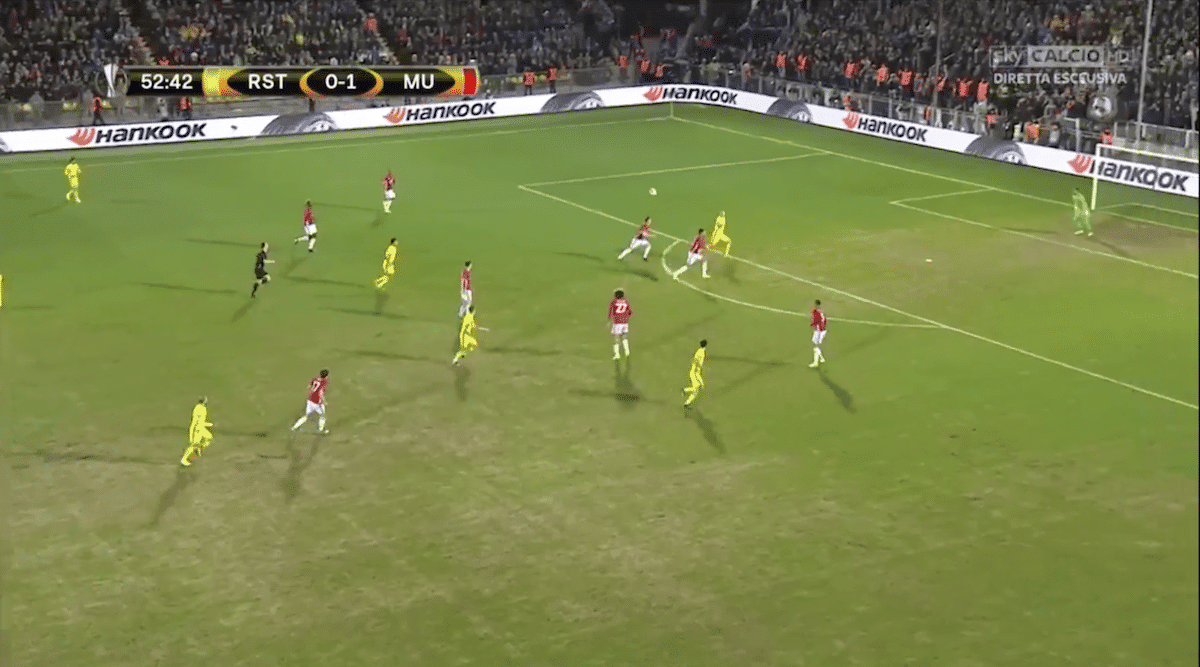 The ball is lofted perfectly over the United defence and into the path of the Rostov player making a run into the penalty area. You see Romero inside his six-yard box making no effort to rush out. 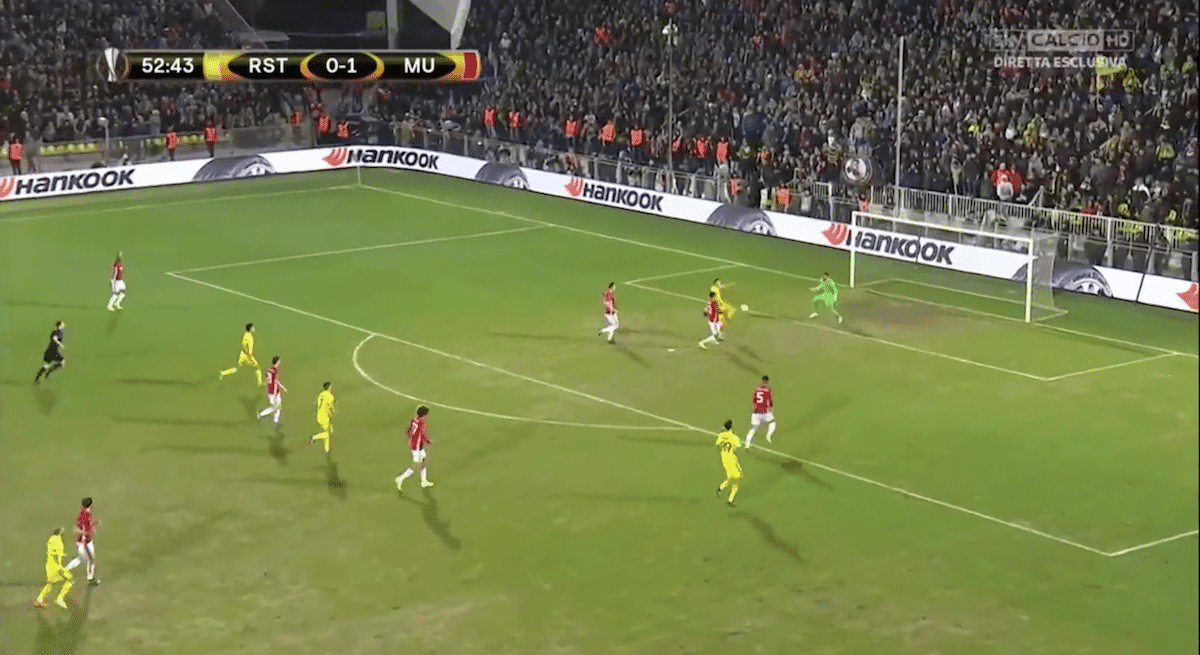 The Rostov man is able to bring the ball down on his chest before firing it past Romero, still inside his six-yard area, from about eight yards out. Take note of the United ‘keeper's shape in the picture, too. He's not made himself big and he's easily beaten to his right side.

It's harder for the opposition to lob the ball over him and into an empty net from that range than it would be for them to bring it down in the penalty area and essentially pass the ball past him. Top ‘keepers force the opposition into taking shots they don't want to take. 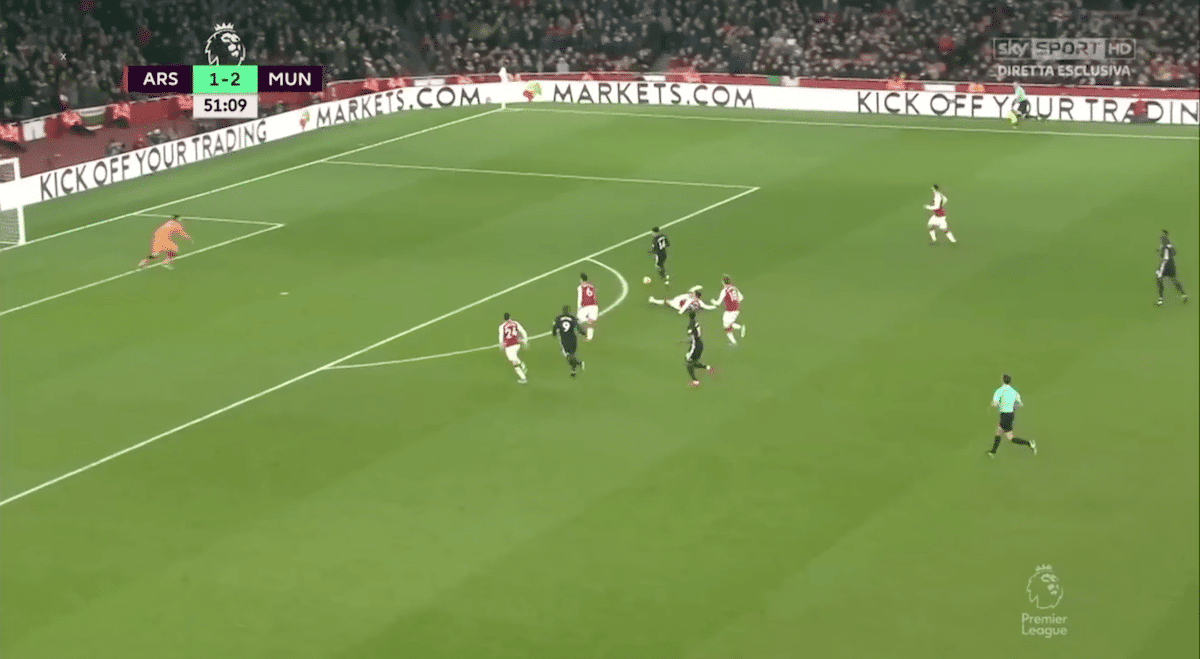 In the still above, taken from the defeat to United, you see Cech doing the opposite. Yes it's a different scenario, but these are just examples of what happens. They're by no means taken in isolation.

Jesse Lingard is through on goal and if Cech stays on his line, as Romero so often does, then it makes it easier for the United man to pick his spot. 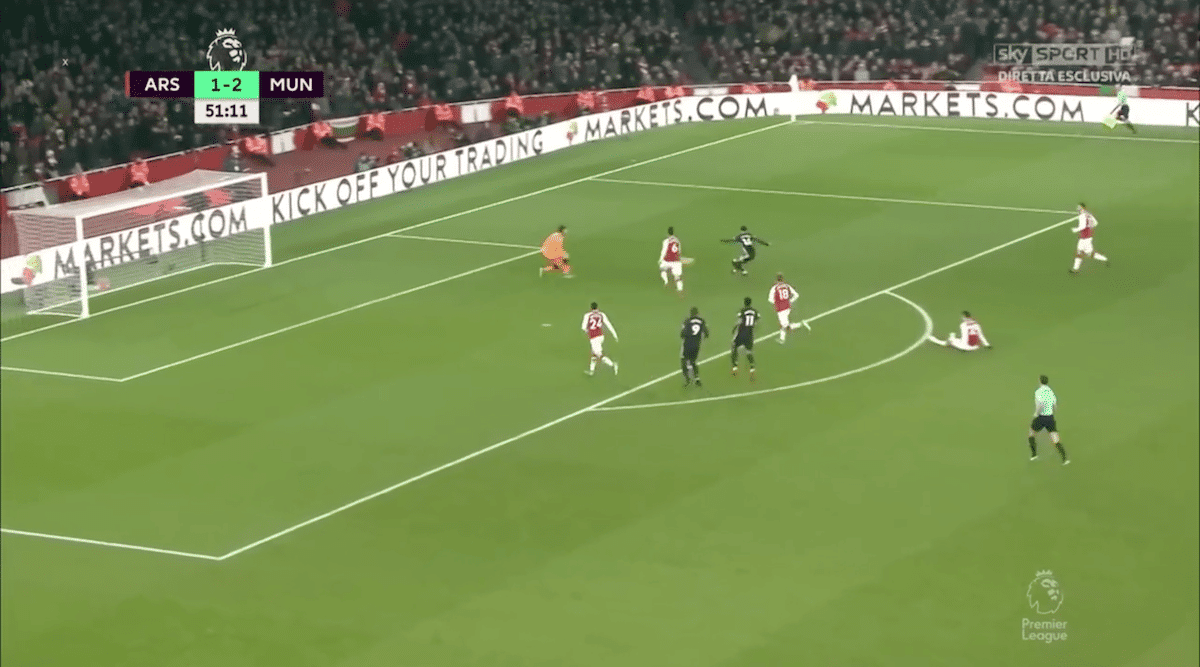 The Arsenal ‘keeper doesn't, though. Instead looks to narrow the angle and he's quick to vacate his six-yard area. Lingard is forced to take his shot early and Cech deflects it onto the bar and Arsenal clear.

Of course, ‘keepers can change the way they play but at 30 years old Romero is perhaps too old to be tweaking his style. After all, it's not just about being more aggressive, it also has an impact on your positioning which leads to an increase in mistakes and soft goals. Liverpool tried it with Simon Mignolet and it's a long process with short-term pitfalls.

Having said all of that, Romero's arrival at the Emirates could spark Cech into life and see an upturn in his form. But why would he leave Old Trafford in search of first-team football to then sit on the bench for Arsenal? It's a move which doesn't suit any of the parties involved.

Arsenal need to be looking elsewhere if they want to upgrade on their goalkeeper. It's probably the least of their problems with clubs continuously circling Sánchez and Özil.

Read More: Is Olivier Giroud the perfect Plan B for Arsenal?