When you have struggled to keep up the pace at the top of the league, naturally you are linked with a multitude of players in various positions, all set to become the missing piece of the puzzle. Arsenal are no different, and with a place in the top four looking very unlikely with one game left, regardless of Arsène Wenger’s ‘will he, won’t he’ saga, new signings will arrive this summer.

Speaking with Sport TV this week, Brazilian forward Hulk opened the door for the French boss to make a move for his services, admitting his admiration for the Premier League and the style of the North London club.

“It's always been a dream, it's a very competitive championship and the stadiums are full in every game, no matter what the team,” he said. “I always follow the league and I have always supported Arsenal.

"[I’m a fan of] Arsene Wenger’s way of playing, but unfortunately he has not won trophies in recent years."

“[I'm a fan of] Wenger's way of playing, but unfortunately he has not won trophies in recent years.”

Maybe, just maybe, the 30-year-old Brazilian could be the man to end Arsenal’s poor spell and help them return to the glory days. Yet, with four goals and four assists in nine Chinese Super League appearances, it’s unlikely.

Hulk won the Portuguese league four times with FC Porto before he moved to another footballing wilderness, joining FC Zenit for £34million in 2012. It wasn’t the next level move he had probably hoped for, Russian football’s emergence disappeared as quickly as it appeared and in four years he had just one league title and one Russian Cup to show for his move. 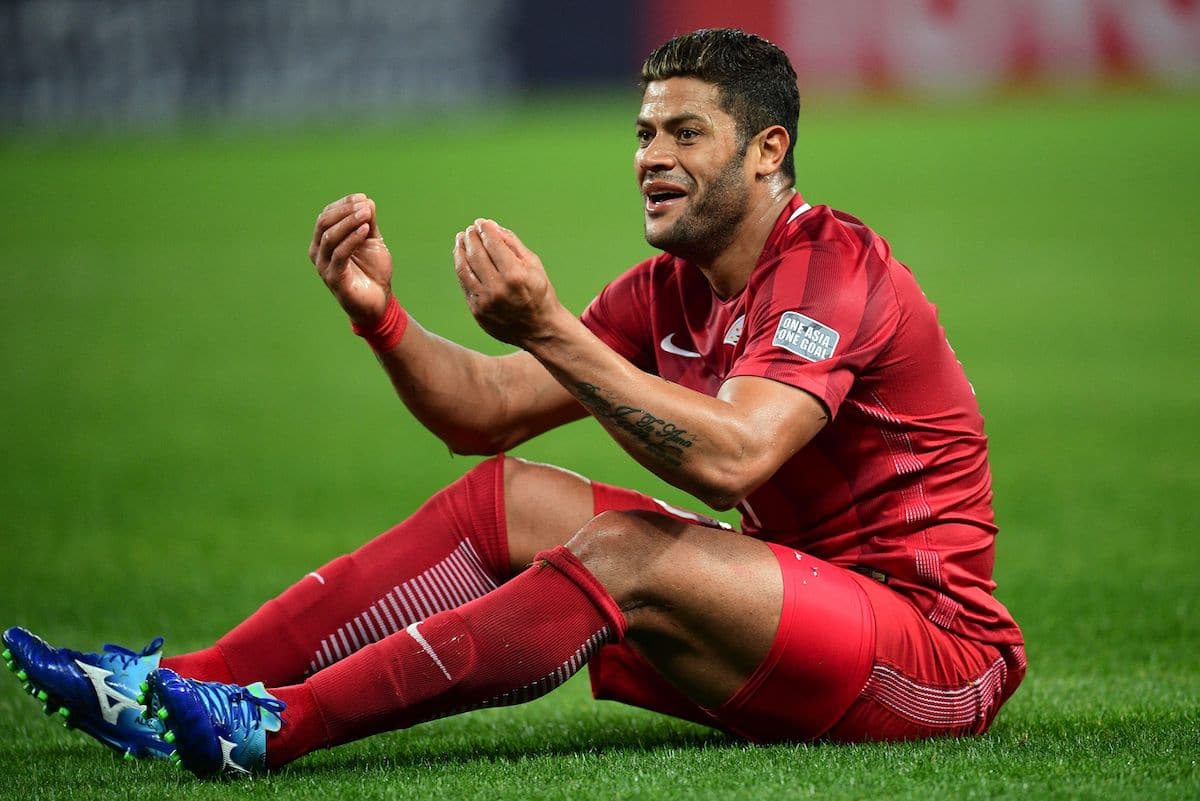 The bruiting Brazilian forward has always been a player that has polarised opinion, someone who looks exceptional in highlight reels, but over the course of 90 minutes makes you wonder what all the fuss is about.

His biggest chance to prove everyone wrong came during the 2014 World Cup. Back on home soil, ready to show the world just what he could do. At 27 years old, he was in his prime. But after six games he had failed to provide a goal or an assist, while the Selecão were embarrassed by Germany and finished fourth behind the Netherlands.

Since 2014 he’s only featured seven times for his country, scoring twice in friendlies and playing just 305 minutes.

In July last year, Shanghai SIPG spent just over £47million to take the forward to China. Hulk had joined easy street. The Far East league is played at a much slower tempo than anything you will see in Europe and it helps him stand out.

What Hulk Does Best

Big and powerful, despite his size he is still faster than most players in China and he can dominate games. Although that doesn’t make him any more productive.

His strengths are there to see. Picking up the ball outside the box, he has the strength to hold off average defenders, time to work the ball on to his left foot and they give him time and space to unleash shots with devastating power. 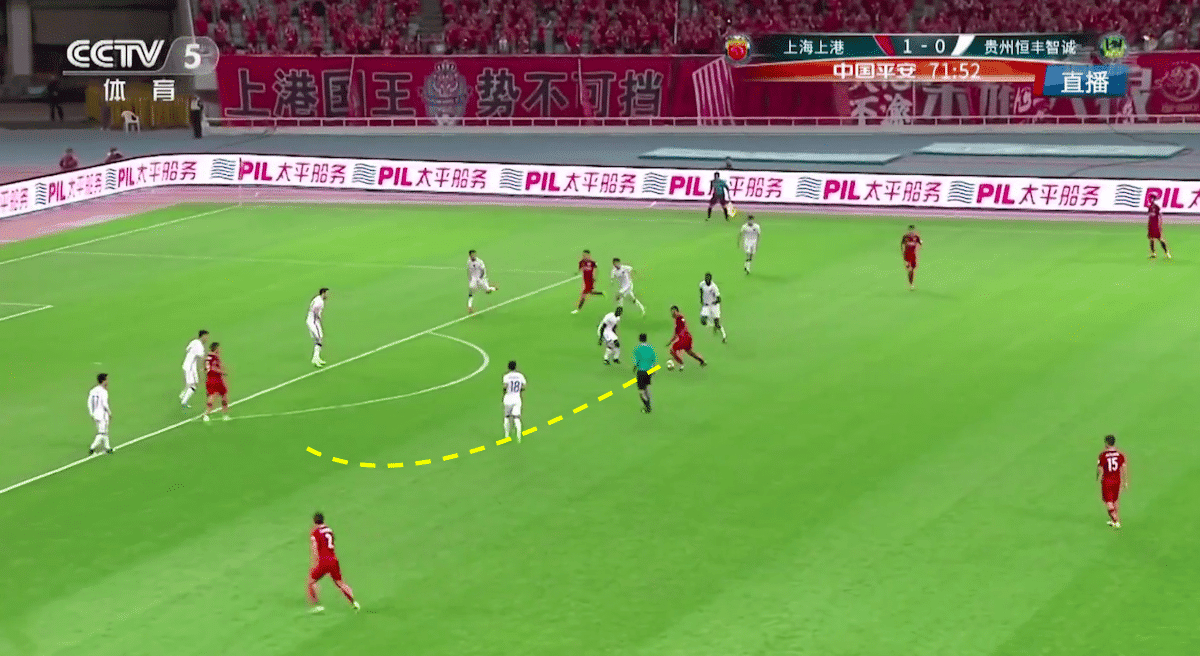 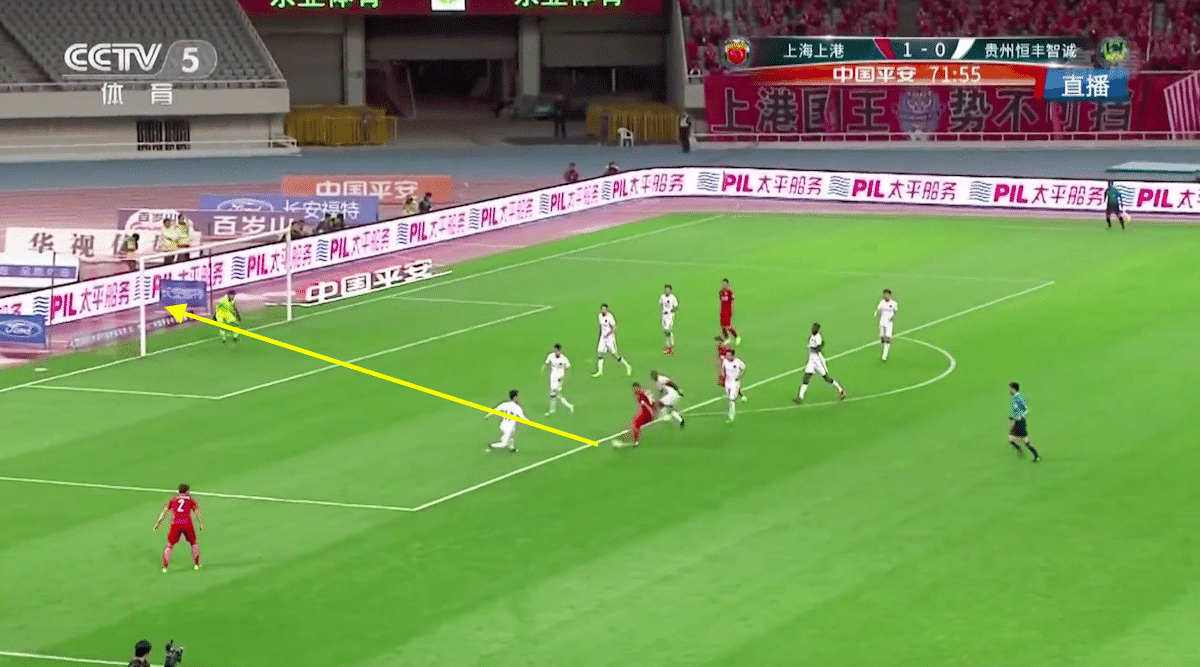 It doesn’t help when the sub-standard goalkeepers all but punch the ball into their own net.

His physical prowess means, because of the reduced pace, Hulk can toy with the defenders.

Gaining possession deep in his own half, the Brazilian simply pushes the ball past his marker and accelerates beyond the opposition. It’s too easy, but he still manages to try too much and loses possession. Sometimes life can be too easy for your own good. 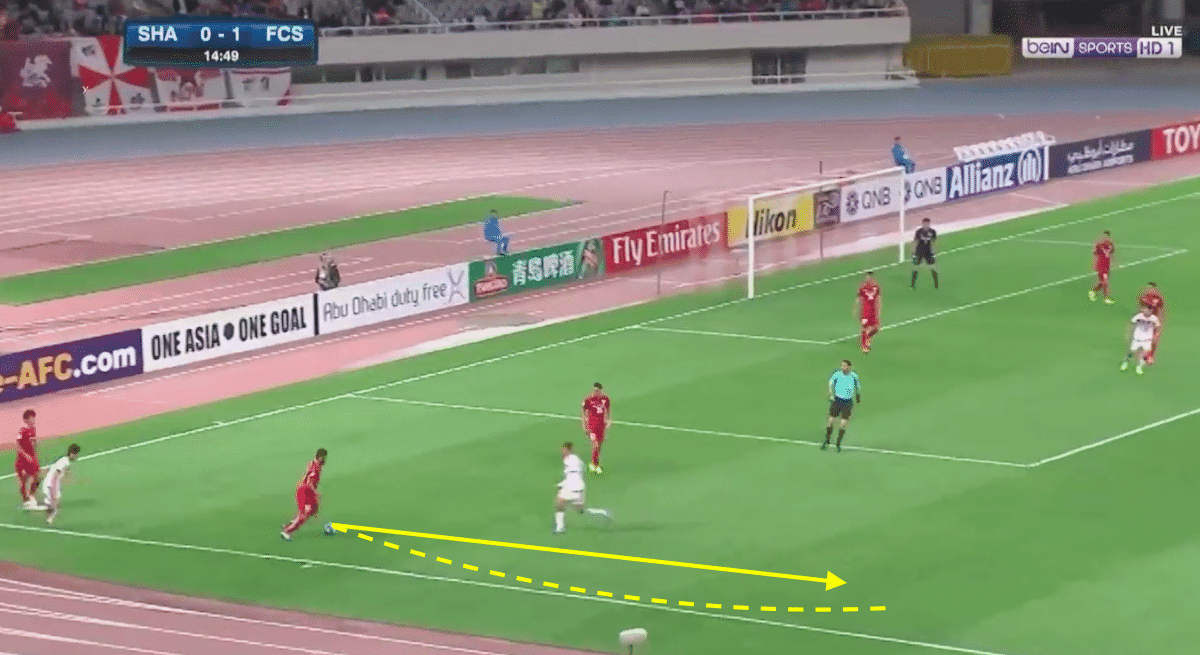 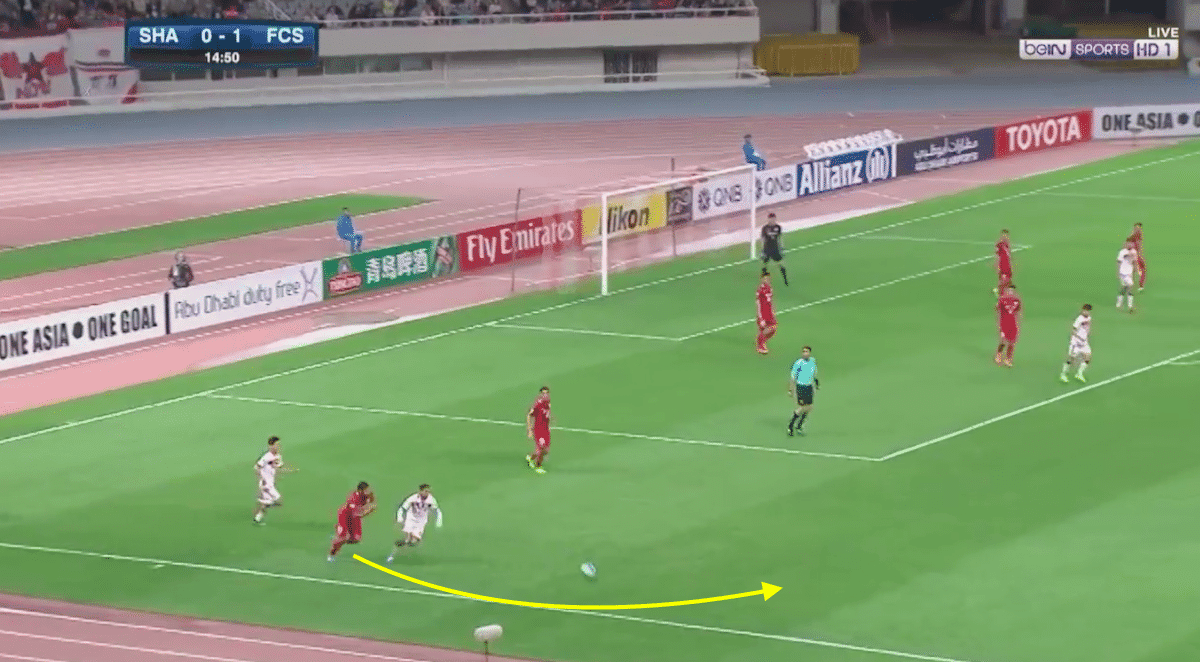 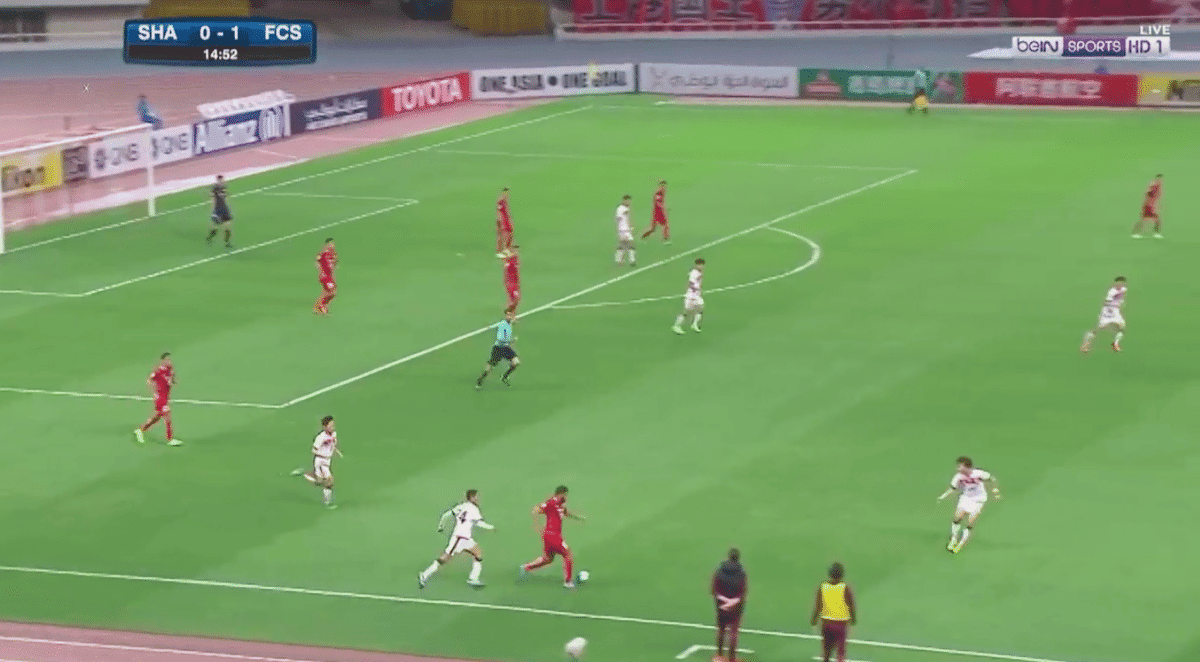 One of his assists this term came when he was given some clear five/six seconds on the ball out wide. Literally standing still, no one came to close him down and eventually he whipped in a cross and the ball was headed into the net.

No real level of competition in China 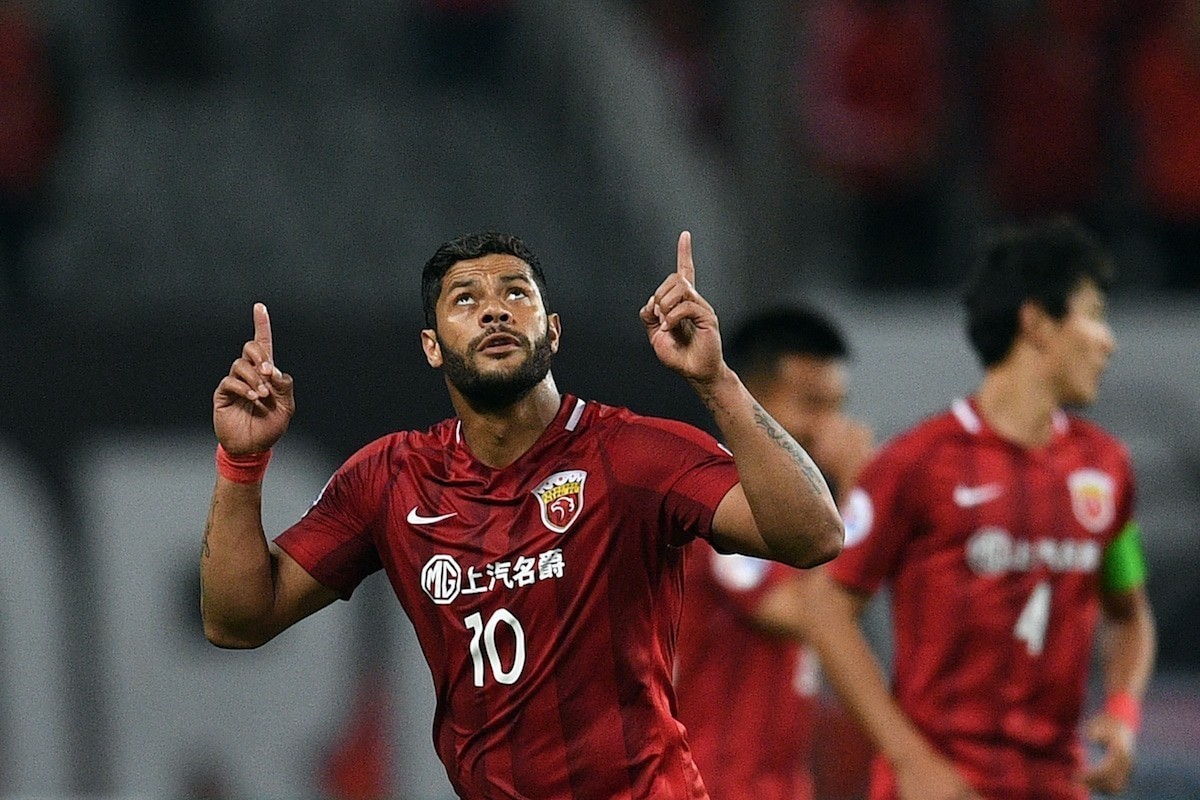 Even when the Brazilian is faced with five or six defenders in front of him, he’ll try and take them off, beating a couple on the way. Sometimes he’ll pass the ball off, but he is always looking for a gap to fire off a shot with his left foot.

There is no way he would get that sort of space in the Premier League and with no one else in China taking more than his 4.9 shots per 90 minutes, he really should be finding the net more than four times in nine games.

Could Hulk Offer Arsenal anything?

Out of all the teams vying for a place in England’s top four, Arsenal have taken the fewest shots this season, 549 compared to Spurs at 624 this season.

It’s one of the most frustrating parts of Arsenal’s game, that inability to try their luck from distance. As Christian Eriksen showed when Tottenham were struggling to break down Crystal Palace at Selhurst Park, shoot from outside the box and you can create opportunities and sometimes even find the back of the net.

A player like Hulk could slot into the right of the Arsenal attack – especially in the 3-4-3 – and take advantage of the space afforded by the advancing full-backs to come inside onto his strong foot and crack off several shots.

Adding Hulk’s total shots from the nine games he has played in China this season alone would see the Gunners rise up to fourth in the table.

Throughout this season, Spurs have shot from outside the box 109 more times than Arsenal, but with eight goals, they have only found the net once more than their London rivals.

Wenger’s team have scored seven times, finding the net with 3.8 per cent of their long-distance efforts; Tottenham manage just 2.7 per cent.

You can’t win the lottery if you don’t buy a ticket and that’s exactly what Arsenal don’t do. They don’t even go into the shop some games.

It’s difficult to tell if Hulk’s physical attributes would still be able to offer anything in a better standard of league, plus he is contracted until 2020 so there is no way, even with his age, he is going to arrive on the cheap.

However, there is a case for the Gunners to add a player with similar attributes. Arsenal need a forward that is not afraid to shoot from distance. If you know of a left-footed forward who can work from outside to in, and who has a great shot, can you let their scouting staff know.