Arsenal have one foot into the Europa League semi-final after a comfortable victory over CSKA Moscow at the Emirates. The home side blitzed the Russians in the first-half, netting four goals in quick succession to all but end the tie.

Aaron Ramsey put the home side ahead just moments after seeing an effort chalked off for offside. CSKA equalised with a superb Aleksandr Golovin free-kick. But parity wasn't restored for long after Mesut Özil was fouled in the area.

Alexandre Lacazette stepped up and fired Arsène Wenger's men back into the lead. Ramsey then doubled his tally on the night with an audacious lob over the stranded Igor Akinfeev.

Lacazette finished off the rout before half-time to round off what was the perfect opening 45 minutes. The home side huffed and puffed but couldn't add a fifth in the second half. Ramsey came closest when his curled effort smashed the post and rebounded out.

It was all too easy for Wenger and his players but they won't mind one bit. Here are five things we learned from Arsenal 4-1 CSKA Moscow.

Lacazette is back with a bang

The signing of Pierre-Emerick Aubameyang cast doubt over the future of the Frenchman. Arsenal forked out a record fee to bring Lacazette to the Emirates in the summer but he's failed to replicate the form he showed at Lyon that convinced Wenger that he was the man to fire them back into the Champions League. 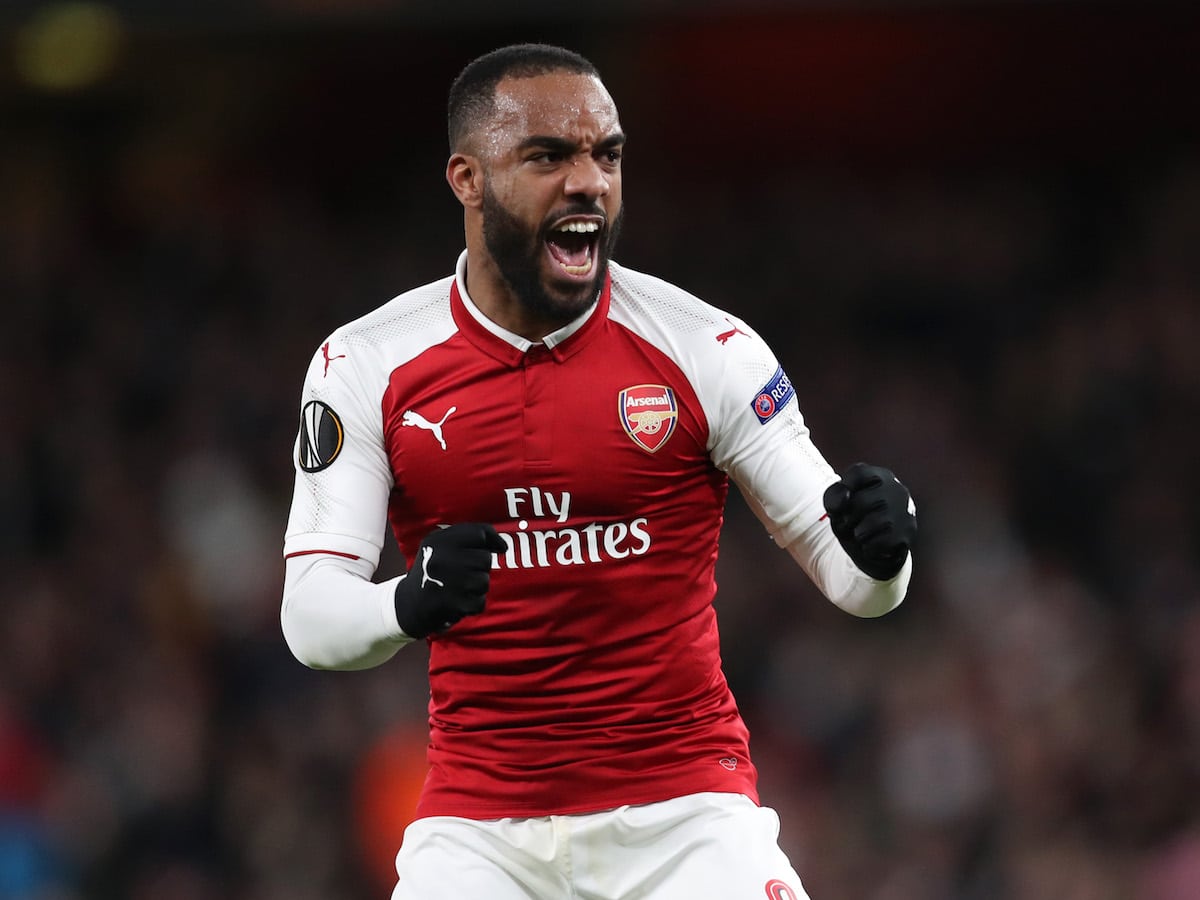 However, there are signs that he is now finding his feet in London. No two players are the same and some need longer to adapt to their new surroundings. He notched on his debut but goals have been intermittent ever since. But with his brace tonight he's now scored as many goals in his last two games than he did in his previous 15.

His first was a penalty, a well taken one at that, but his second was a confident strike. The sort of finish associated with a £50million rated forward. The touch to get it out from under his feet was sublime and there was never any doubt that the ball would be nestling in the back of the net once it left his foot.

Arsenal are in a luxurious position. They can rest the 26-year-old in league matches and unleash him in the Europa League. Not many teams in the competition do that. It gives them something of an edge and keeps their hopes of Champions League football next season alive.

Arsenal in a good run of form at the right time

The Gunners had a torrid time at the end of February and the beginning of March. They lost four on the trot and their season appeared to be coming to a premature end. But Wenger, like he so often does, managed to get his side back on track.

The win tonight was their fifth on the bounce. In this period they've managed to keep three clean sheets and score an impressive 15 goals. Momentum is on their side now as they head into the business end of the campaign and the only big team they're guaranteed to face is Manchester United.

There's no reason Arsenal can't finish the season strongly. The more wins under their belt, the more confident they'll be heading into the letter stages of the Europa League. In a one-off match they're more than capable of beating anybody still remaining in the Europe's second competition.

Arsenal have a bad habit of letting star players run down their deals. Robin Van Persie did it and it happened with Alexis Sánchez and Alex Oxlade-Chamberlain. Jack Wilshere's current deal expires at the end of the season and negotiations are, reportedly, at an impasse.

Losing a player of his quality for nothing would be a disaster but it's not the most pressing issue at the Emirates right now.

Ramsey's contract is up at the end of the 2018/19 campaign and a number of outlets have linked the Arsenal No.8 with moves away. Chelsea, Manchester United and Liverpool are all believed to be interested.

The club must do everything in their power to keep the Welsh international at the club. He notched his eighth and ninth goals of the season tonight and he's got a further seven assists to his name.

He's one of the best midfielders in the Premier League and losing him would be a bigger blow than any of the aforementioned players. There's nobody in Europe like Ramsey. Replacing his output from midfield would be near impossible. 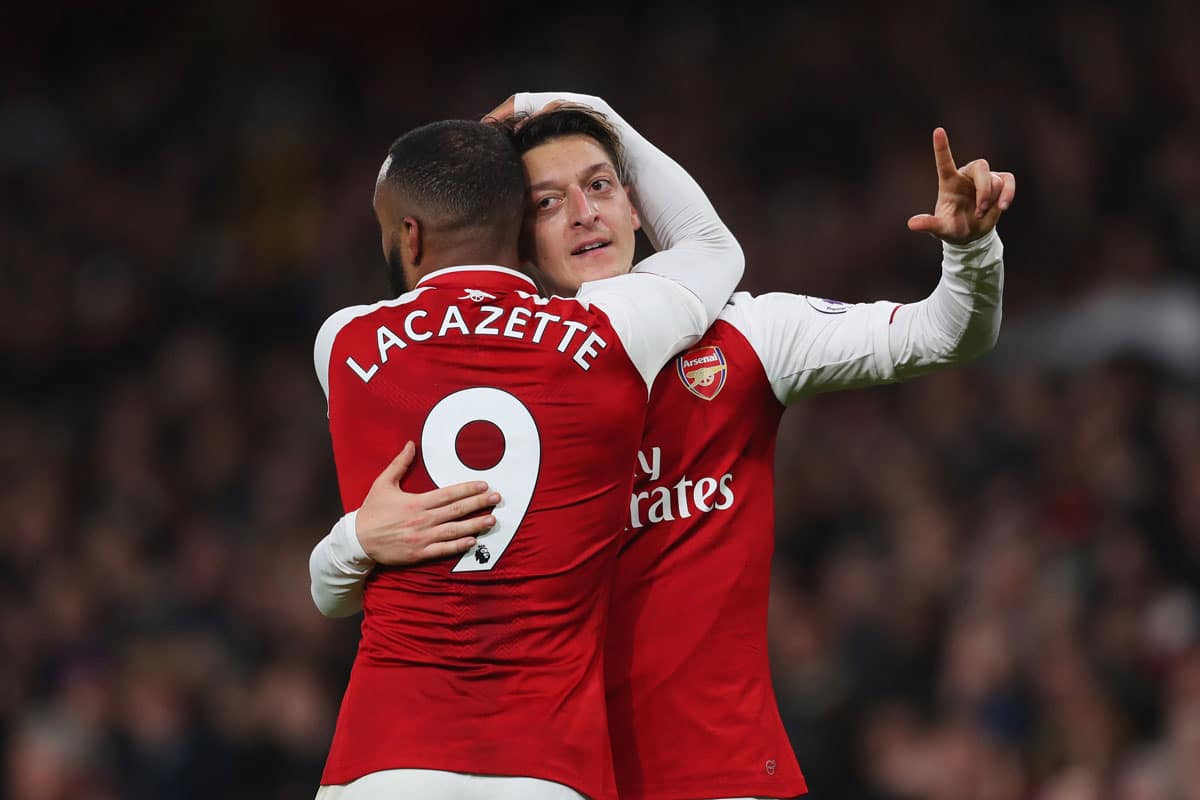 When the German playmaker fancies it, it's best to just sit back and enjoy the show. He was mesmerising against the Russians, dancing his way past them without breaking a sweat. The regularity with which he was doing this with may have caused some away fans to question whether they were watching a football match or Anna Pavlova put on a show.

On another day he could've finished the match with four or five assists. He had to settle for just the two. His tally for the season in all competitions now stands at 12. It's not his best return but no Arsenal player can better it.

His lofted ball for Ramsey's second is underrated because of the Welshman's finish. But take nothing away from the genius of the German international. He's a special talent. Getting the former Real Madrid player to a long-term deal with the club was the best piece of business the Gunners have done in a number of years.

Arsenal won this at a canter but their defence need addressing in the summer. The away side caused them a number of problems in the first half without really playing well and on another day could have took two of three goals back to Russia with them for the return leg.

That will be a concern for Wenger and he would have no doubt been thankful for an early offside flag against Ahmed Musa when the on-loan forward was onside.

There's always a feeling that they're one moment of madness away from imploding. Captain Laurent Koscielny played a part in the CSKA goal after reckless giving away a free-kick in a dangerous area. He's supposed to the leader and the experienced head at the back but even he has rash moments. It's why they'll struggle to get back into the top four so long as defensive issues continue to plague them.

You can only build properly if you have solid foundations.