Arsenal made it through to the quarter-finals of the Europa League after an early scare. AC Milan could have taken the lead inside of a minute when Andre Silva, linked with a move to Wolverhampton Wanderers, fired into the side netting.

Arsène Wenger's men then dominated the game until Hakan Calhanoglu took full advantage of not being closed down to fire home from distance. Héctor Bellerin, Shkodran Mustafi and David Ospina all could have done much better to prevent the Milan No.10 from opening the scoring.

However, the lead didn't last long. Danny Welbeck latched onto a ball into the area and went down under the faintest of touches from Ricardo Rodriguez. It was soft but the Milan left-back gave the referee a decision to make. The Arsenal forward calmly rolled the ball home to equalise.

Gennaro Gattuso's men had the better of the chances in the second half but failed to really test Ospina in the Arsenal goal. Granit Xhaka put the game to bed after a goalkeeping error by the highly rated Gianluigi Donnarumma. Welbeck nodded home his second of the night to put the icing on the cake. In the end it was a comfortable 5-1 aggregate win for Wenger and his team.

Here are five things we learned from Arsenal 3-1 Milan.

Despite being 2-0 up, Wenger named a fairly strong starting XI. It shows the Frenchman is intent on going far in Europe’s second competition. He could have opted to rest one or both of Henrikh Mkhitaryan and Mesut Özil.

But why would he want to do that? It’s a way into the Champions League. After the success Manchester United had in the competition last season, it’s likely more Premier League sides will try to go all of the way and it makes a lot of sense to go down that route.

The English top flight is one of the most competitive leagues in Europe with six teams vying for four places. It means two will always miss out on qualifying for a place in Europe’s elite competition but those teams should, in theory, have strong squads and be good enough to go far in the Europa League.

It’s not an easy way into the Champions League but for Arsenal right now it’s easier than finishing in the top four. 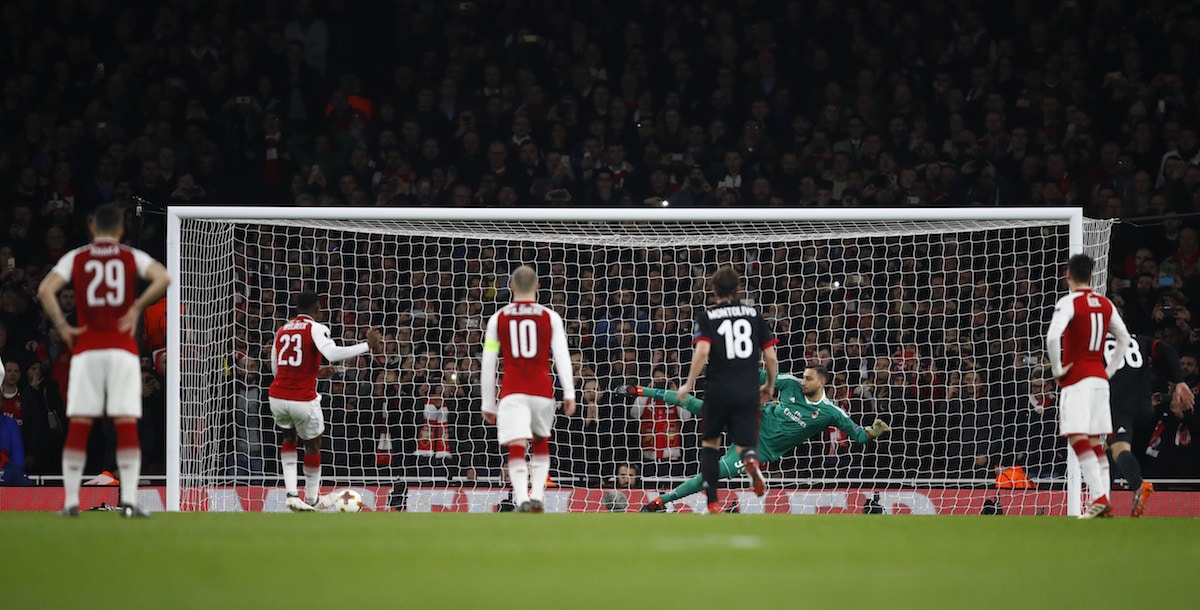 Wilshere should have a future at the Emirates

Jack Wilshere's current deal expires at the end of June. Recent reports have suggested the club aren't in a rush to offer their No.10 a new deal, at least not one to watch his current terms, and he's been linked with a move to Sampdoria, Everton, West Ham United and Juventus.

While he didn't put in a Man of the Match performance tonight, he showed more than enough to suggest he's good enough to be playing for this Arsenal side. Yes, it's a risk to give a player who is susceptible to injuries a long-term deal but to replace him with a player of similar quality it's going to cost the Gunners close to £40million in the current market.

He kept Arsenal ticking over and, as ever, he looked classy on the ball. When fit he's in with a chance of starting most games in what is a talented Arsenal forward line.

Suso fails to impress on his return to England

The ex-Liverpool midfielder has been linked with a return to Anfield recently and was also named as a Tottenham Hotspur transfer target. He's one of Milan's better players and has been involved in 28 goals since the start of last season.

It's naive to judge a player on one performance but this was a chance for the 24-year-old to really put himself in the shop window ahead of a summer move. He showed glimpses of genuine quality but did nothing to suggest he'd be a good fit for a Premier League side. He dragged a good chance for the away side wide when on his favoured left foot. He fluffed his lines.

Granted, it didn't help that Milan seemed happy to stand off the home side and allow them to have the ball when he was in possession there was no spark there when the Italian side needed just that. Of the four in midfield for the away side, Suso made the fewest passes in both halves. 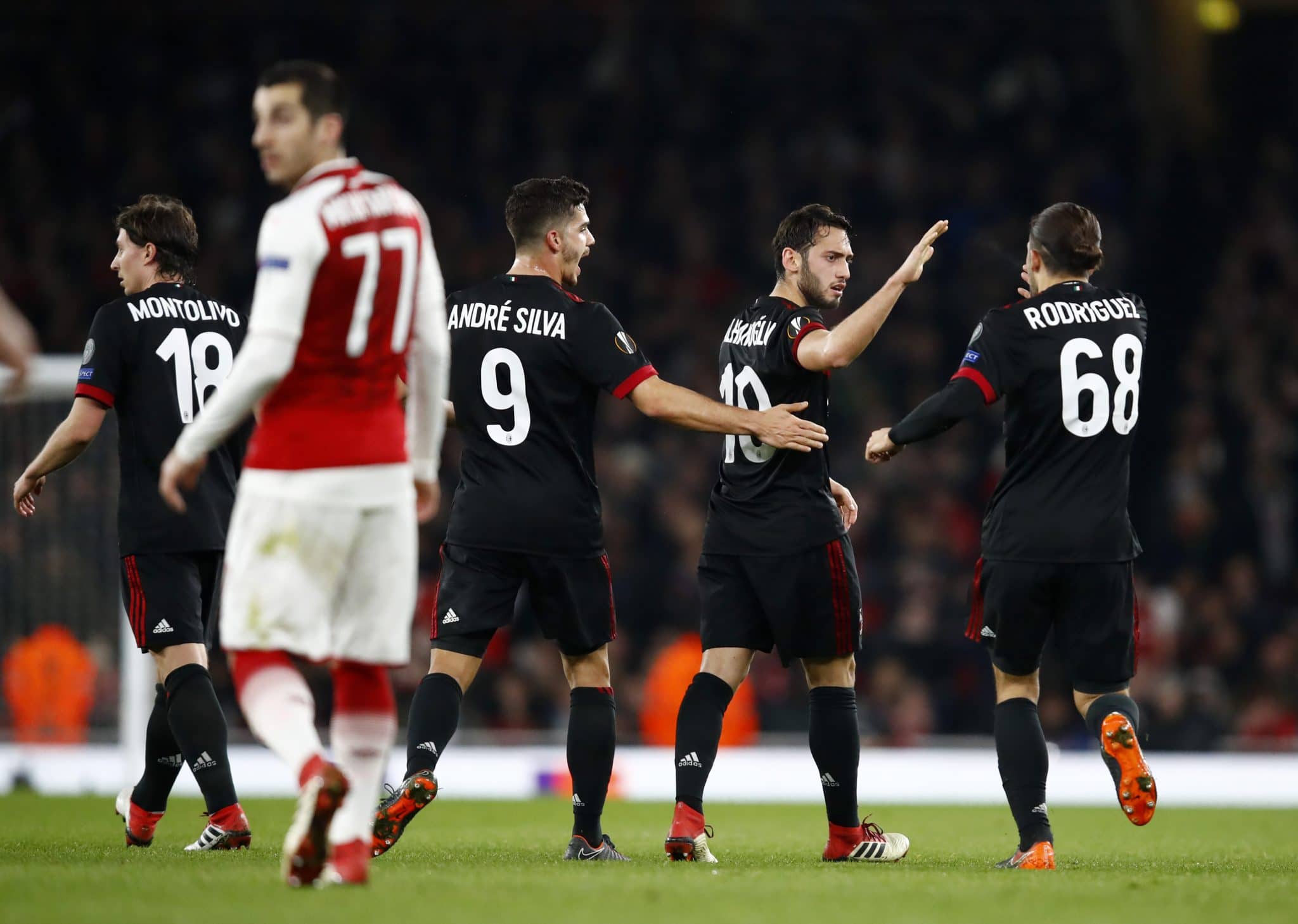 Prior to kick-off, Gattuso's men had lost just one of their previous 15 matches – the 2-0 defeat to Arsenal. They had kept ten clean sheets during that run and it saw them climb the Serie A table. A team in such form should have momentum on their side and their players should be confident.

But at the Emirates, with a 2-0 scoreline to overturn, Milan showed little desire to take it to an Arsenal side who have shown in the past that they're brittle and can crumble when put under enough pressure.

It may have been Gattuso's game plan to keep it tight until the second half but there was little evidence to back up that claim. They failed to really get out of first gear.

They were out-shot, out-passesd and out-classed.

Donnarumma doesn't do enough to live up to the hype

A number of clubs across Europe are in the market for a goalkeeper this summer. Topping the list for many of them will be Milan No.1 Donnarumma. Recent reports have claimed Chelsea want him to replace Thibaut Courtois and tonight's hosts might be keen as they search for a shot-stopper to take over from Petr Čech.

The 19-year-old looks like an imposing figure between the sticks but didn't enough tonight to justify why he's one of the most highly rated teenagers in world football today.

It started off well for him. He showed great hands when Aaron Ramsey;s shot was deflected early on in the second half. It was the sort of shot ‘keepers usually palm away but he caught it and got Milan onto the attack.

He then reacted well to Mkhitaryan's effort to tip it wide. It wasn't one for the cameras but the likes of David de Gea and Courtois have been caught out with near post shots over recent weeks. His best save, however, happened in the first half when he tipped Wilshere's ferocious drive from distance away.

His good work was undone in the 71st minute when he made a meal out of Granit Xhaka's effort and what should have been a fairly routine save resulted in Arsenal taking the lead. It was a moment the teenager will want to forget but he'll be better off for the experience.