When Chelsea won the race to sign Tiémoué Bakayoko from Monaco in the summer it was considered a coup. The Premier League champions had beaten Manchester United to the midfielder's signature, parting with £40million to secure his services.

The Paris-born French international was a key cog for Monaco as they shocked many on their way to winning the Ligue 1 title ahead of Paris Saint-Germain. His performances alongside Fabinho in the middle third also helped Leonardo Jardim's side to a Champions League semi-final appearance.

His arrival at Stamford Bridge signalled the end of Nemanja Matić's Chelsea career with the Serbian heading to Old Trafford for a fee rumoured to be in the region of £40million.

On paper it was Antonio Conte's men who got the better deal. First off, they had sold a 29-year-old and replaced him with a 23-year-old, managing to breakeven in the process. Though Matić had Premier League experience, Chelsea acquired a player who seemed readymade for the rigours of the English top flight. He impressed many in the Champions League win over Pep Guardiola's Manchester City.

Bakayoko appeared to have all the traits necessary to really make an impact in the middle third. And yet. we're now in January and people are still wondering whether the former Monaco man should be a starter for Chelsea.

The reigning champions struggled against Arsenal at the Emirates on Wednesday night but went back to Stamford Bridge with a point after trading late goals.

The home side did, however, had a lot of joy on the left side of the pitch – the area Bakayoko was patrolling for Chelsea. Manchester United transfer target Mesut Özil was at his best in the opening 45 minutes and continually found space in the half-space.

The Chelsea man was caught in in poor positions throughout, often chasing the ball and leaving his area of the pitch vacant.

Arsenal found a weak link and were determined to exploit it. It nearly worked, too, with the home side creating two decent chances in the first half after Bakayoko had gone walkabout.

In the graphic above, courtesy of whoscored.com, you can see the touch map for both players in the first half. Özil is to the left and Bakayoko is on the right. The elephant in the room is, of course, the ex-Real Madrid star was influential on the ball in the space the Chelsea man should've been protecting.

He improved in the second half but was was it good enough? And can Chelsea continue to carry an extra body in midfield even if they are managing to get the results? It's not sustainable in the long-term.

For further context, of those starting for Chelsea against Arsenal, only Victor Moses, who was subbed off just before the hour mark, had fewer touches than Bakayoko. Even the misfiring Àlvaro Morata (50) and Thibaut Courtois (48) managed more touches than the midfielder (45).

And Özil, the man he was supposed to be nullifying, had a match high 105 touches. Now, the Arsenal No.11 is a creator and you wouldn't expect Bakayoko to have as much influence on the game as the German playmaker, his job on that side of the pitch was to clog things up and stop Özil putting on a magic show. 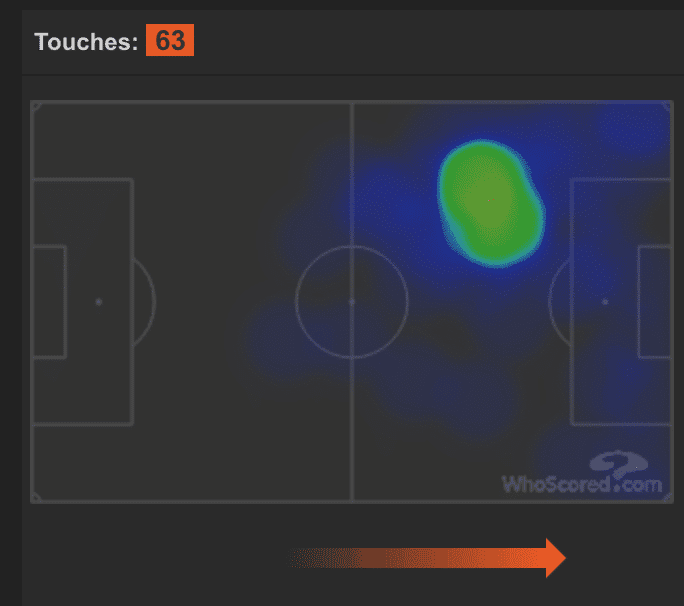 You can tell it was a tactic Arsenal worked on. Above you can see Alexis Sánchez‘s heat map from the match. He has the most touches in the same area of the pitch as Özil, meaning both of Arsenal's creative forces dropped off into that part of the pitch.

Some fans might claim Bakayoko's job isn't to be defensively diligent because the champions have N'Golo Kanté. But the ex-Leicester City man can't do it all himself, especially when the third midfielder is Cesc Fabregas, a man famed for not being the best in the defensive third of the pitch.

The Chelsea No.7 was tasked with being in two placed at once whenever Arsenal looked to piece together an attack but ultimately he was forced to cover for Bakayoko on the right. You can see it in the graphic below which looks at Kanté's tackles against the Gunners. 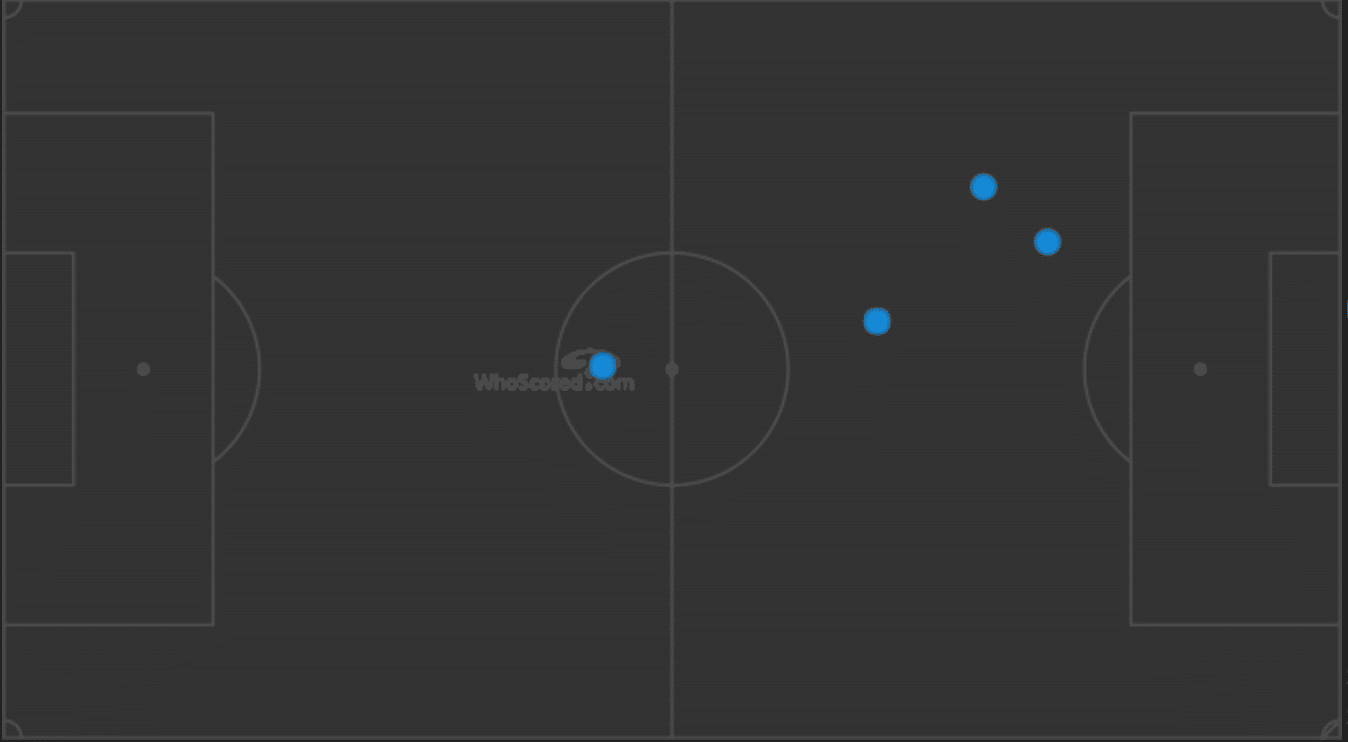 What can Conte do? Is he going to delve back into the transfer market to bring in more midfield reinforcements or will he simply settle with what he already has at his disposal?

What about Arsène Wenger and Arsenal? They managed to score twice against a Chelsea side that before the match at the Emirates was conceding just the 0.6 goals per game. They're only the fourth team this season to score two goals in a single match in against the champions. Neither Özil or Sánchez got on the scoresheet themselves but they both had a part to play in breaking down a usually resilient backline.

Both are expected to leave the club with the Chilean tipped to be moving to Manchester City this month. Can Arsenal replace them with players of similar quality?

They need to if they want to stay as part of the big six.