After being humbled at the hands of the same opponents in Sunday's Carabao Cup final, Arsenal upped their game against Manchester City at the Emirates on Thursday night . . . for all of about 15 minutes.

In fairness to the Gunners, Pep Guardiola's side in this fettle are close to unstoppable. They took the lead through a wonderful Bernardo Silva strike in the 15th minute and cruised to another 3-0 win.

Despite an official attendance of more than 58,000, many Arsenal fans had clearly decided to stay away for the visit of the Citizens, with heavy snow rendering the stadium, at best, two-thirds full.

And if the absent Gooners watched their team's display against the Champions-elect, they might be minded to swerve the Emirates again for the time being, as Arsenal appear not only miles adrift of City, but struggling to maintain any hope in the top-four race.

Most of the credit goes to City, though. While Arsenal were unimpressive, the league leaders were scintillating, producing, in the first half, perhaps the finest 45 minutes of Guardiola's reign to date.

And here are the five things we learned from Arsenal's second 3-0 defat to the Citizens in the space of a week.

Under the floodlit falling snow, with vacant seats dominating the vista and his side once again unable to compete with elite opposition, this felt like the nadir of Arsène Wenger's two-decade stewardship of Arsenal.

The French coach has experienced more downs than ups in recent years, with a vocal portion of the support base, who can no longer be deemed a minority, campaigning for the veteran tactician to step down from his post.

They have been beaten by worse sides, and they have lost by greater margins, but this, a second thrashing at the hands of City in less than a week, felt more significant than defeats past.

With their innovative manager, thrilling football and wonderful collection of stars, City were everything Arsenal used to be but no longer are, and will not be as long as Wenger remains in charge.

It's a sad state of affairs when one of English football's most influential and successful managers is no longer welcome at the club he helped build, but Wenger himself appears to be the only person who believes he is still the best man to lead the North Londoners.

The writing has been on the wall for a few years now. It's time for Wenger to read it.

City at their unplayable best

If Sunday's one-sided Carabao Cup final was a reflection of Arsenal's incompetence, Thursday night's clash at the Emirates proved equally as one-sided because City were at their best.

And when Guardiola's side are at their best, no team in England, perhaps even Europe, can handle them.

The Manchester club's job was done after 33 minutes, when Leroy Sané, who would deservedly be named man of the match, literally walked the ball over the line to put his team 3-0 up.

In the opening half-hour, City were irresistible, exhibiting their customary sharp, incisive interplay, shredding through the Arsenal backline at will. For all Arsenal's faults, they never stood a chance.

To a man, City were excellent at the Emirates, putting in a thoroughly dominant, cohesive team display, the kind of which Guardiola will have been thrilled to witness.

But one man stood out. Starting on the left side of City's attack, German winger Sané, who is still only 22 years old, was electric. 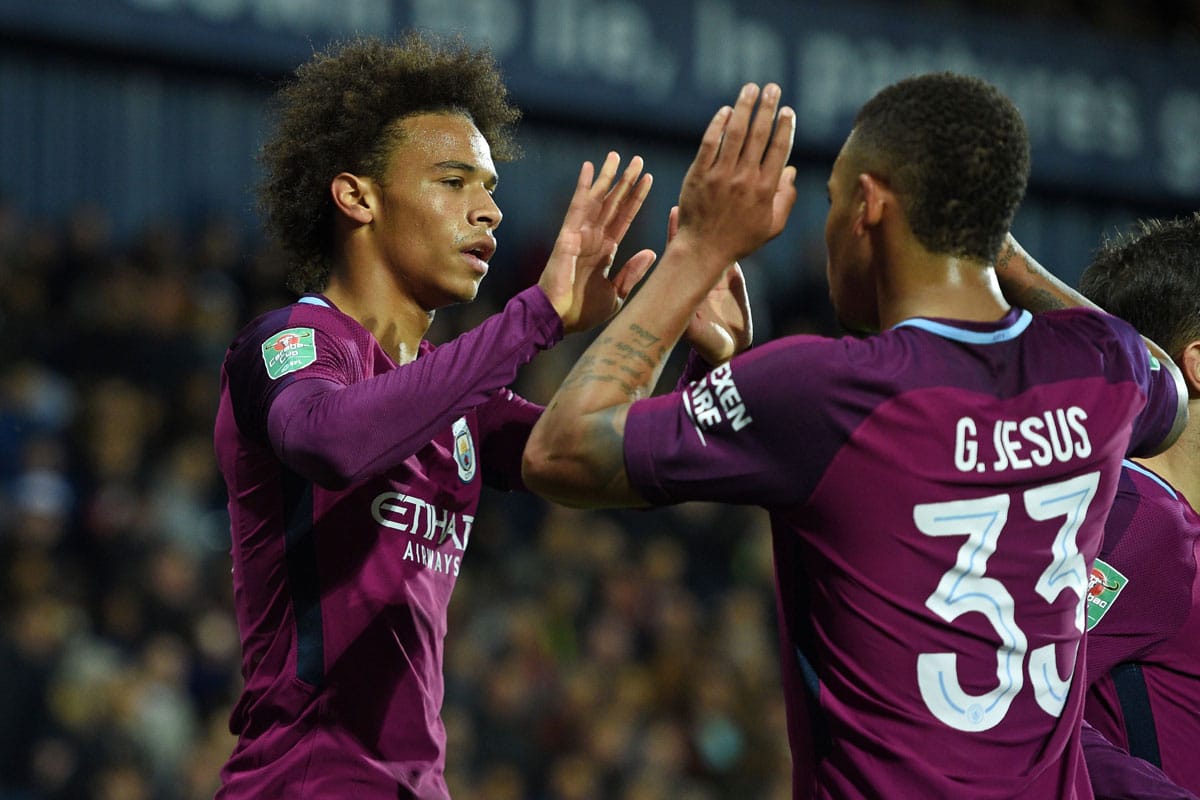 Assisting the opener for Bernardo Silva, the former Schalke man was involved in the build up to David Silva's goal before scoring after just over half an hour.

While City are the masters of considered possession, Sané is the man who gives them dynamism in the final third. With his frightening pace, stunning close control and seemingly flawless decision-making, the young wide man is the perfect counter-attacking winger, undertaking every task with such poise and purpose.

An eighth goal and 11th Premier League assist of the season capped a stellar display from Sané, which was comprised of six successful dribbles and a 94.3 per cent pass accuracy.

Sometimes the stats don't say it all

Anyone who didn't see the game might take a cursory glance at the statistics and think the Gunners were unlucky to have caught such a beating, but, on this occasion, the stats don't paint a full picture.

Arsenal outshot City with ten attempts to nine – with both sides landing five efforts on target apiece – had six corners to their visitors' one, and enjoyed a 45.8 per cent share of possession, which is more than most teams can say having faced Guardiola's pass masters.

But, make no mistake, there was only one team in this. Much of Arsenal's statistical success merely came from the fact that, having raced to a 3-0 lead after 33 minutes, City were able to take their foot off the pedal and cruise home in second gear.

As the January transfer window drew to a close, City were weighing up a huge offer for Leicester City winger Riyad Mahrez. At the time, Sané was injured with a return date set some two months in the future, while some doubted Bernardo Silva's ability to thrive in one of the wide positions in Guardiola's system.

Such fears now seem laughable, however, with Sané fully fit and firing and Silva putting on a fine show from the start in the right wing berth usually occupied by Raheem Sterling.

With such strength in depth, any additions for City at this point are purely cosmetic.

If a player of Silva's quality, who would be a leading star for almost any other club, is thought of as just another member of the squad, you're doing just fine.