It could be a busy winter window for Arsenal. Though the Gunners are adamant that Mesut Özil and Alexis Sánchez will remain at the Emirates in January despite both being out of contract in the summer. However, there's still a feeling that a gigantic offer for either player could see Arsène Wenger cash in while he still can.

This feeling has been further fuelled over recent days after reports emerged linking the Gunners with moves for Leon Bailey, Nadiem Amiri, Thomas Lemar and Wilfried Zaha.

However, Miguel Delaney of The Independent claims Lemar prefers a move to Liverpool, Crystal Palace don't want to sell Zaha during January and Rudi Voller, the sporting manager at Bayer Leverkusen, has revealed the Bundesliga club don't have to sell Bailey. Amiri is a possibility but the competition for the German playmaker is fierce and a deal during the winer window looks unlikely.

Undeterred in their quest to bring in attacking reinforcements, Arsenal have turned their attentions to a Barcelona player, perhaps putting Raul Sanllehi's – the new head of football relations at the Emirates – knowledge to good use.

Who is José Arnaiz?

Arnaiz was born in Talavera de la Reina and came through the ranks at his local club, UD Talavera. He made his senior debut for the team in 2013 in the Tercera División, aged just 18. At the end of the season he moved to Real Valladolid, joining their youth team.

He made his professional debut for the club in November 2015 and slowly but surely became a regular fixture in the first-team. He scored 12 goals in 41 first team appearances, playing on either flank.

Arnaiz's form caught the attention of Barcelona and the Catalan giants made their move for the winger in August. He moved to the Camp Nou in a deal worth £3million and he was assigned to the B team in Spain's second division.

He's settled into life well and is Barcelona B's top scorer this season, but his only game time for the senior side has come in the Copa del Rey. The 22-year-old appeared in both legs of Barcelona's cup win over Murcia, and was on target in each game.

However, he is yet to feature in La Liga and his chances of forcing his way into the team further will be reduced by the return to fitness of Ousmane Dembélé. It's a similar story with Gerard Deulofeu, the former Everton winger is being linked with a move to Serie A after seeing his first-team opportunities limited at the Camp Nou.

Arnaiz has a release clause in his deal with Barcelona and Arsenal are reportedly prepared to pay the £17million to bring him to the Emirates in January.

Arnaiz is a has great acceleration which he loves to put to good use after isolating a full-back. He enjoys standing them up before a drop of the shoulder creates space for him to exploit.

If he's arriving to fill the void that will be left when Sánchez departs then he has big boots to fill. Stats for the Segunda Division aren't accessible so it's hard to compare his stats. But what you can do is compare his playing style to that of the Chilean's.

Sánchez is direct, aggressive, he takes people out of the game and is a goal threat. Arnaiz shares some of those traits with the Arsenal No.7 but he's not as refined or as accomplished. However, there is potential there and although he's not considered young – he turns 23 in April – he is relatively inexperienced meaning there's still a lot of room for him to grow.

But what he does now he does well, as you can see in the pictures below. 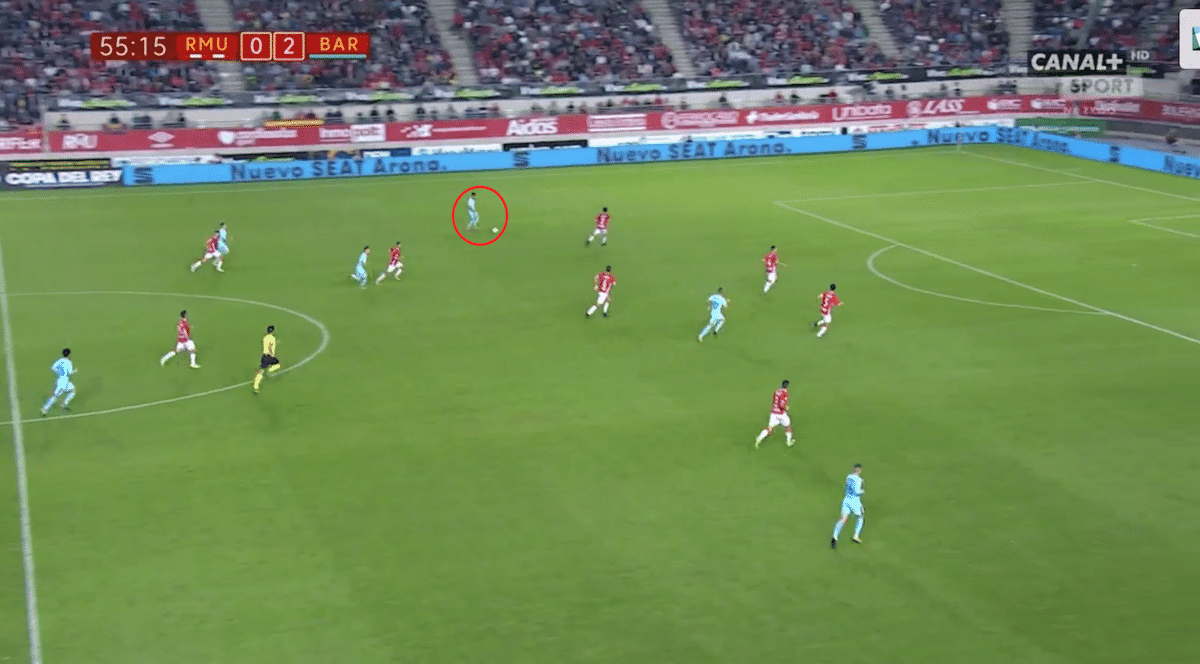 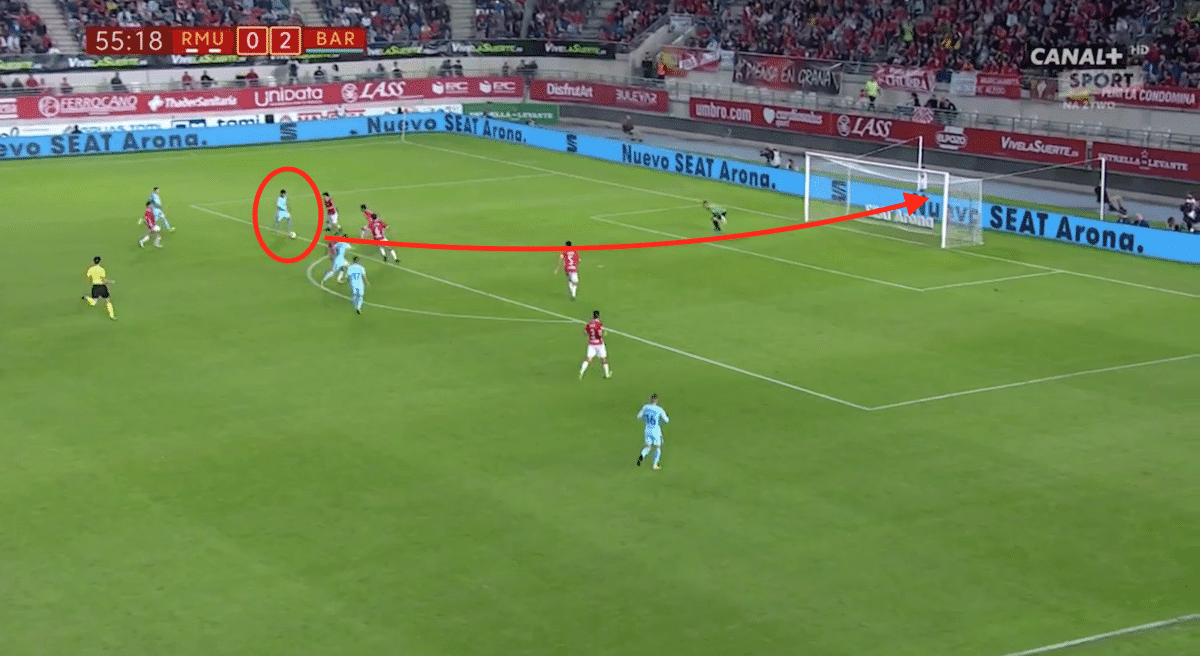 By no means should he be compared to Arjen Robben in terms of ability, but heis Robben-esque  whenever he picks the ball up in wide areas.

Arnaiz cuts inside onto his stronger right foot and is faced by three opposition players. It doesn't make a difference, though, and he curls an effort into the far corner. Mirror the goal and it just screams Robben. 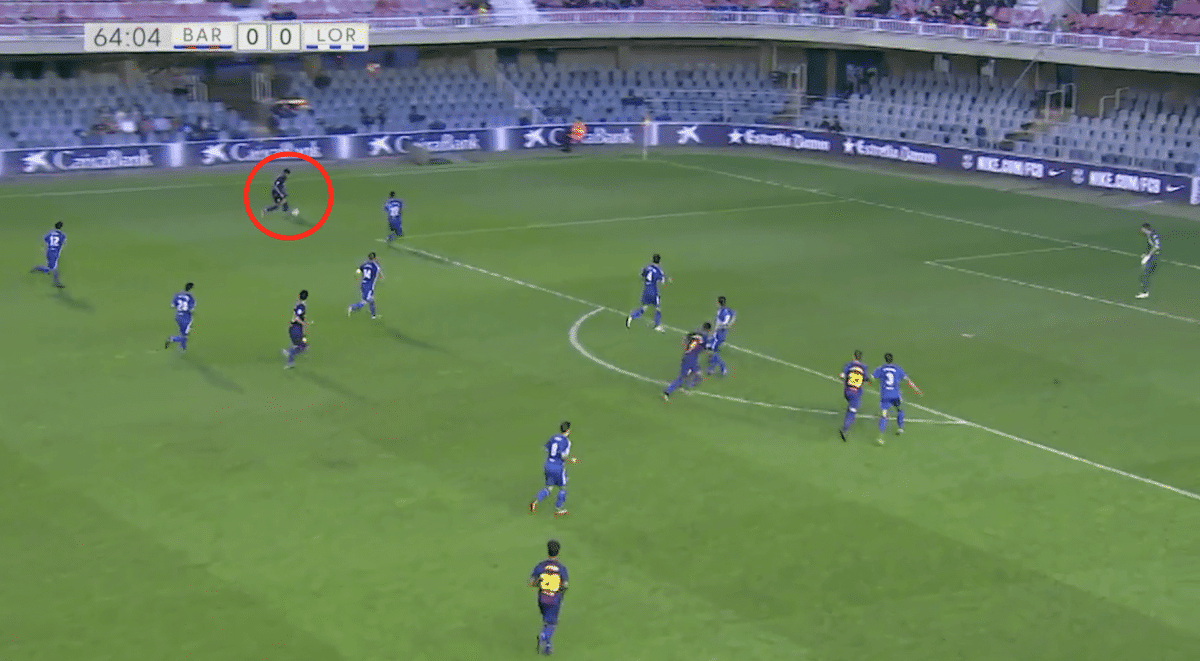 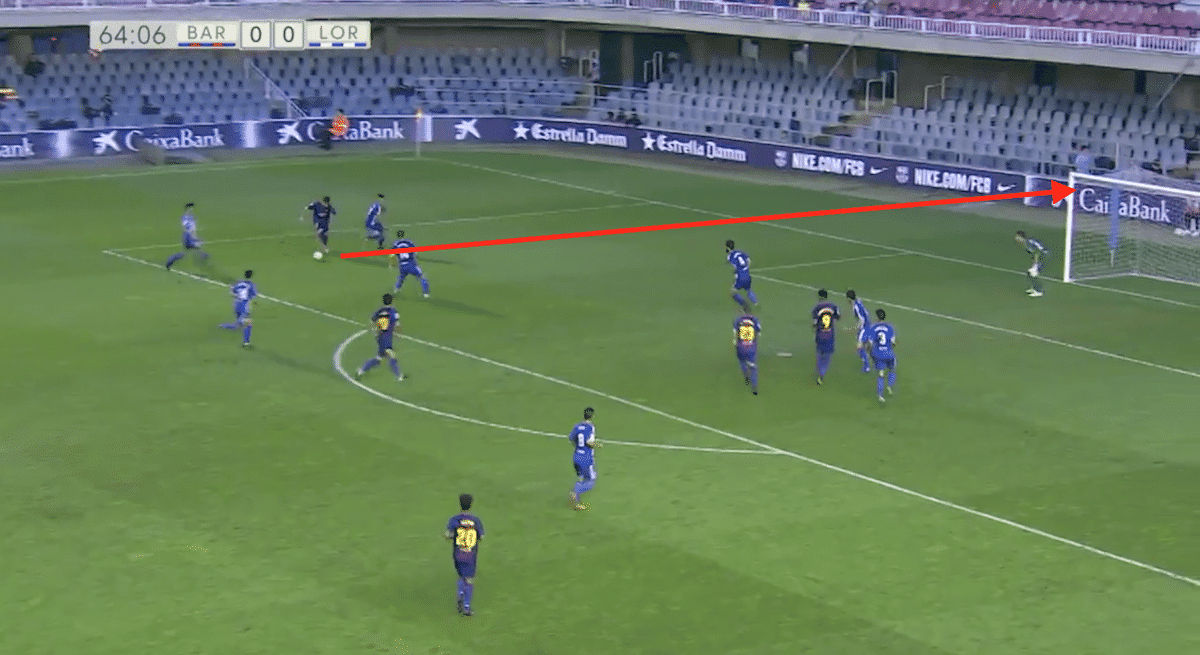 It's a similar scenario above. Arnaiz picks the ball up on the Barcelona left and has four players looking to close down the space around him. But, again, he's able to manipulate the ball in tight spaces and get it onto his stronger foot before firing into the top corner. The goalkeeper should do a lot better but the strike is simply too hot to handle and he palms the ball into his own goal.

Two near enough identical goals. The Premier League has a higher standard of players but it's well known the defenders can't deal with direct players. It's why the best players in the league are all ones who pick up the ball and drive at the opposition.

He might not be the big name Arsenal fans want but he would do a job on the left of the attacking trio if he joined. No doubt it would be a step up in class for Arnaiz but he's got the profile to flourish in England.