Silly season is upon the world and websites across the globe are coming up with creative ways to garner clicks. The more outrageous the link, the more people are likely to click, if only to be annoyed by the report itself.

Some can quickly be written off and put in the definitely not happening file. There are some, however, that, after the initial shock, make a lot more sense the more that they’re explored. According to Italian news outlet Tutto Mercato, Liverpool want Paulo Dybala.

Yes, the same Dybala tipped by many to be the poster boy of the Juventus franchise for the next decade. The Juventus No.10, named previously as a Paris Saint-Germain, Barcelona and Real Madrid transfer target, enjoyed his most prolific season to date during the 2017/18 Serie A campaign.

The Argentine forward netted 22 times and added a further five assists in 2,358 minutes. It’s the first time the 24-year-old broke the 20-goal barrier in league competition.

He signed a contract extension back in April 2017 to extend his stay in Turin until 2022 and reportedly pockets £120,000-per-week. Given the former Palermo forward is considered by many to be the jewel in the Juventus crown, few had entertained the idea that he would move on anytime soon. And even fewer people would’ve come to the conclusion that Anfield might be a possible destination.

But Neymar’s world record move to PSG shifted the landscape of football. Fantasy transfers are now becoming a reality. Partnering the Brazilian with Kylian Mbappé and Edinson Cavani isn’t just something seen on Football Manager and an attack made up of Alexis Sánchez isn’t resigned to just being part of an Ultimate Team on FIFA.

With teams now dropping out of the World Cup at an increased rate, clubs are now able to conclude deals they’ve had in the pipeline for a while and this is why potential doors could now be ajar.

Juventus are reportedly in the market for Cristiano Ronaldo. The Portuguese superstar is once again attempting a power play as a way to punish Real Madrid, with the La Liga giants continuing to flirt with Neymar. It’s worked in the past but this time around it could be different.

The Real Madrid No.7 is 34 years old next season. Though he managed 54 goals in 54 games during the 2017/18 campaign, there was a noticeable drop off in quality before the winter break. If there’s an opportunity to bring Neymar to the Spanish capital while banking €100million for Ronaldo, president Florentino Perez might opt to make that deal.

Juventus, notorious for their penny-pinching over the years, could once again splurge on a huge summer signing. They did the same in 2016 when they paid €90million to sign Gonzalo Higuain from rivals Napoli. But the big money move coincided with the Serie A champions cashing in on Paul Pogba.

The Bianconeri are one of the best teams in Europe but aren’t stocked with players who could fetch near the €100million mark. Alex Sandro, believed to be a Chelsea and Manchester United transfer target, is believed to be available for half of that, they could cash in on Miralem Pjanic, linked with Barcelona, for, at a push, €70million while reports suggest the Italian side are struggling to generate interest in Gonzalo Higuain, even at a knockdown price.

By process of elimination, It means they may be forced to cash in on Dybala and Liverpool are in the market for a versatile forward after negotiations with Lyon over a deal to bring in Nabil Fekir broke down. When profiling the Frenchman it’s clear he’s unique, especially for the reported £54million fee.

But if Liverpool are flush, which they apparently are, Dybala could be an upgrade on Fekir. It might explain why the club have reportedly cooled interest in spending what would be a world record fee on a new goalkeeper. Previous reports had suggested the Reds were interested in signing Jan Oblak and Alisson but talk has implied the club walked away from both deals at the prices being quoted.

Jurgen Klopp and the recruitment team might feel the team is defensively solid enough with Virgil van Dijk being available from the off, coupled with the arrivals of Naby Keita and Fabinho.

The biggest budget a Liverpool manager has ever had might be better off used bulking up the attacking options. And the opportunity to sign a player of Dybala’s quality doesn’t often present itself. It’s the perfect storm for William Hill Promo Code.

The Juventus forward would cost a club record fee but Liverpool owners FSG have shown over recent seasons that they are prepared to back Klopp in the market. They parted with a world record fee for a defender when they signed Virgil van Dijk. Keita cost over £50million with add-ons and they were also prepared to sanction deals for similar fees for a new ‘keeper and Fekir. He would be worth it. 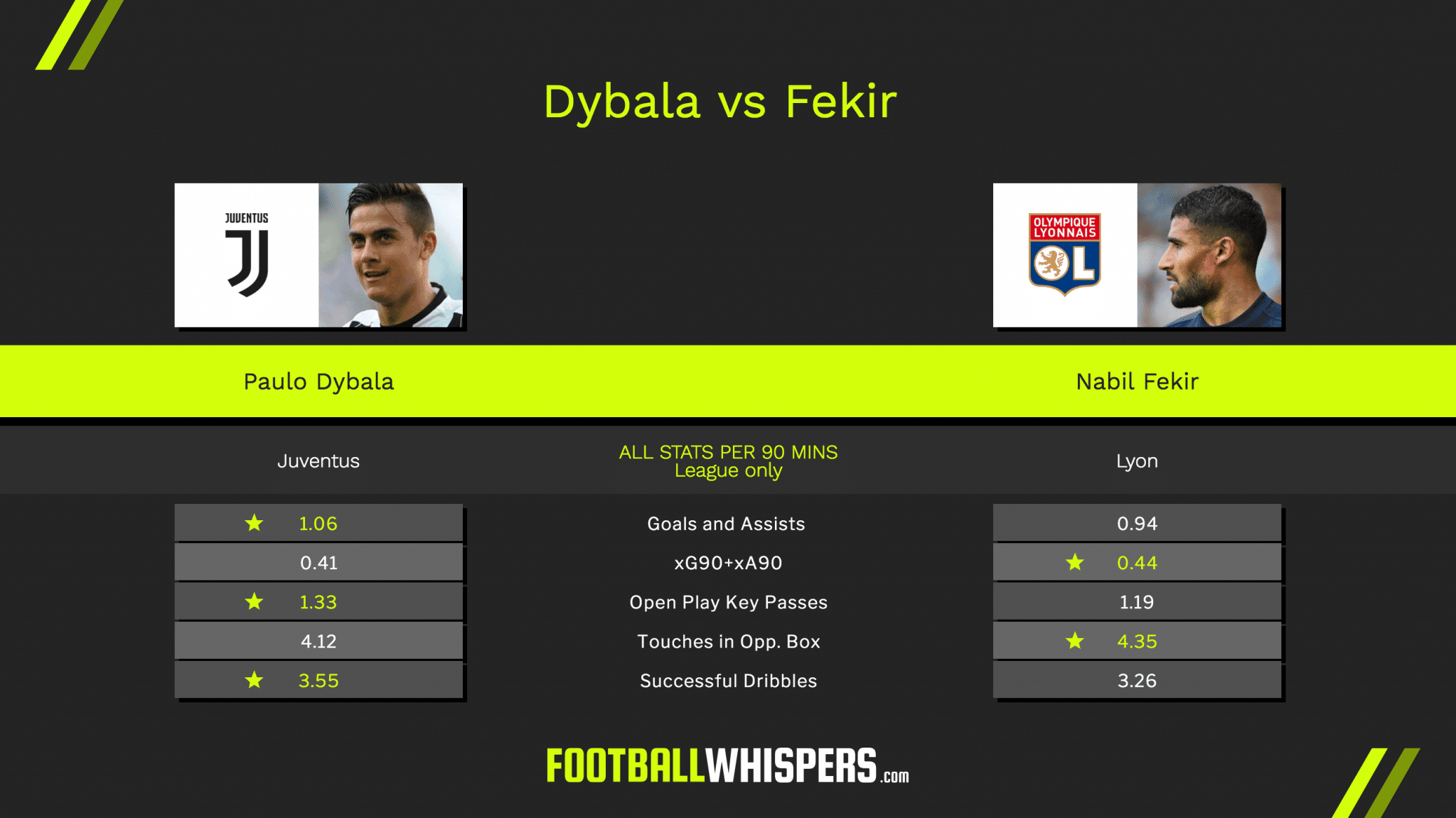 When compared statistically, Dybala isn’t too dissimilar to his French counterpart. The Argentina international was involved in 0.08 more goals per 90 minutes but their expected goals and expected goals assisted was almost identical. It shows both attackers are borderline elite finishers and score low-quality chances on a regular basis.

Is it sustainable? There are reasons to believe it is. Dybala adds real value to his shots, netting 1.4 goals for every one xG and his post-shot xG, which takes into account where the effort went on target, was 0.12 up on his xG90. It was similar during the 2016/17 season, too, as discussed in a detailed feature.

The Juventus No.10 comes out on top in terms of open play key passes and completes more dribbles per 90 minutes. He has over four touches in the oppositions penalty area which suggests he’s regularly getting into dangerous areas and causing problems, just like Fekir.

It’s a fantasy transfer and the source isn’t the most reliable but it shouldn’t be immediately discredited. There’s a lot of reasons to suggest the interest in Dybala might be legit. And what a statement signing that would be for Liverpool.