After meeting in the qualifications for the World Cup just this month, now Argentina and Chile will go against each other in their debut Copa America game. This article will provide you with the best free betting tips for this match-up.

Always check your betslip before placing your final bet, as the odds may change at all times. Our recommended bookmaker for this game is Ladbrokes.

With a head-to-head score of 9 wins for the home side, 7 draws and just a single Chile victory, it's clear that Argentina is the favored side. Their most recent game, which took place on the 4th of June finished with a 1-1 score. The significant information that we can take is that although Chile managed to hold up, the team had only a single shot on goal, which was converted. On the other side, Argentina had double the attempts, with 7 of them being on goal, and on top of that, their goal came from a Messi penalty. The hosts had much more chances, and we believe that they will capitalize on them in this game.

Although most of the South American match-ups result in quite a few goals score, both of the current teams are somewhat of an exception. Only 3 of Argentina’s last 10 games have had more than 2.5 goals, while 6 out of Chile’s last 10 have had 3 or more. Head-to-head, 3 of their last 8 meetings have gone over 2 goals, but they’ve never reached over 3.5 goals.

Despite this match-up producing fewer goals than usual, we have to back the BTTS – Yes bet. The odds of 21/20 provide a great payout for such a market. We have to consider the fact that both sides have scored in 9 of their most recent 10 games, which means that the probability to see both teams scoring is very high.

Argentina vs Chile: Latest stats and the best odds.

Can Chile open up its Copa America run with a historic win versus Argentina?

As we previously mentioned, the underdog in this competition has been able to better the hosts in regular time only once in history. In fact, Chile has left a sour taste in the mouth of the Argentinian team, with two consecutive triumphs in the Copa America finals in 2015 and 2016.

For two years in a row, Chile managed to get a 0-0 draw in the finals with the favorite, and then went on to win the cup in the penalty shoot-out. Now both teams are meeting in the group stages of the competition. 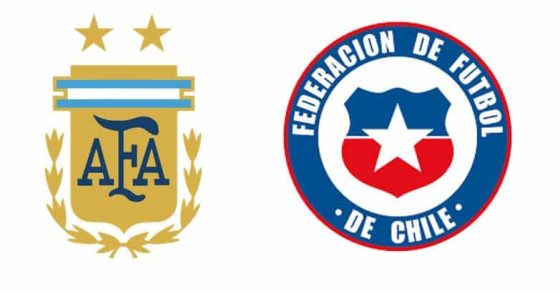 Where is the game being played? – The game will be played at the Estadio Único Madre de Ciudades in Argentina.

Where can I watch this game? – Premier Sports 1