Newcastle United are plotting a move for Paris Saint-Germain goalkeeper Alphonse Areola with Rafael Benítez hoping to shore up that area of his team ahead of their return to the Premier League.

The Spaniard is said to be keen on overhauling the goalkeeping department at St James' Park and the Magpies have been linked with a number of potential No.1s in the transfer window.

A reunion with Pepe Reina was originally on the cards. The former Liverpool and Bayern Munich keeper is under contract at Napoli until the end of next season.

But reports emerged to suggest the 34-year-old was unhappy in Naples and rejected the offer of a new contract following a reported falling out with president Aurelio De Laurentiis.

However, the Madrid-born shot-stopper has since revealed he'll stay in Italy until his contract expires.

The Guardian claim North East rivals Middlesbrough and Newcastle United are discussing Karl Darlow’s potential transfer to the Riverside, despite Garry Monk having a £5million bid rejected for the former Nottingham Forest player.

Although Darlow was Benítez’s first-choice goalkeeper as his side won the Championship title, Newcastle’s manager is not entirely sold on a player who is also a transfer target for Aston Villa and Reading. The report goes on to suggest that an improved offer from Boro will almost certainly prompt his departure.

Having missed out on the ex-Liverpool player, the recruitment team have shifted extremes in their search for a keeper and are now eyeing up Areola, ten years Reina's junior.

The Frenchman has played 576 games fewer, meaning the profile of the starter for the club went from experienced veteran to someone with the potential to be one of the best in the world down the line.

A long-term solution is now being eyed in place of a short-term one.

France Football claim Benítez is weighing up the possibility of lodging a bid for the PSG goalkeeper.

The former Real Madrid manager has followed the player since the French international’s time on loan with Villarreal and the Magpies are weighing up the possibility of submitting an £13million bid for the former Bastia loanee.

Areola is the club’s number one target to provide competition for the returning Tim Krul, who spent time on loan with Ajax and AZ Alkmaar last season, and has just ahead of Joe Hart and the aforementioned Reina on the list of potential targets.

The 24-year-old Frenchman impressed for Unai Emery's side last term, conceding 21 goals in 22 outings and was something of a calming presence on what was at times an erratic defensive unit.

However, he only started 15 times in the league with the ex-Sevilla manager preferring to use Kevin Trapp between the sticks. It's this lack of first-team action in Ligue 1 which could see the highly-rated youngster – in goalkeeping years at least – push for a move.

He's by no means the finished product but he has all the tools to grow into a commanding, authoritative goalkeeper with an impenetrable presence – like his idols Edwin Van Der Saar and Iker Casillas. In an interview with Goal.com in 2016 he revealed his aspirations.

He said: “I want to go on to play at the highest level. My idols are Edwin van der Sar and Iker Casillas. The first shirt I owned had Casillas on the back and I bought it in Barcelona!” 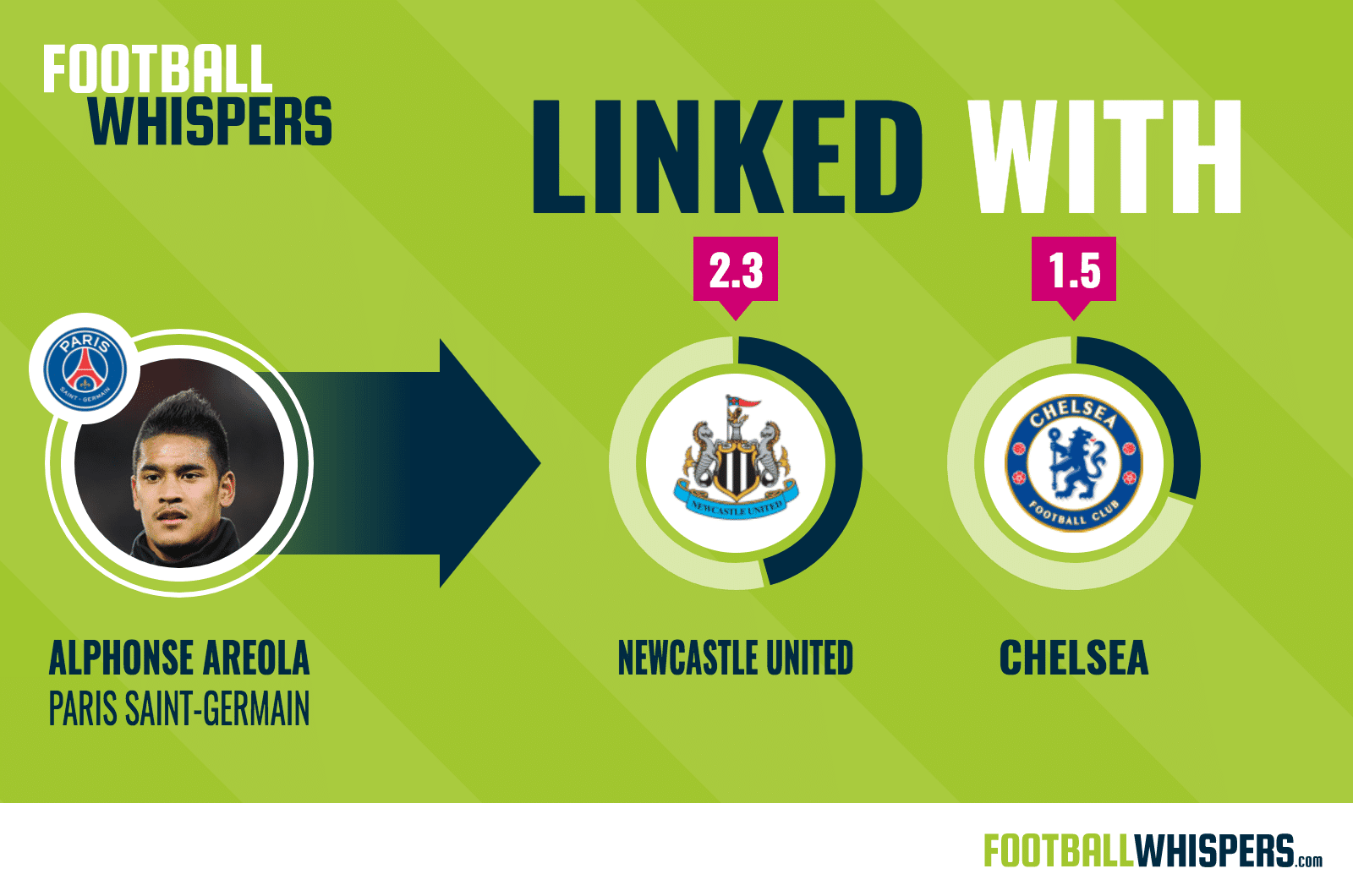 Is Areola worth the fuss?

Had he been on the books of any other French club he'd no doubt be guaranteed the No.1 jersey by now. He's supremely talented and exceptionally quick in everything he does.

On the surface it's a vague way to describe him but when watching the potential future French captain it's the one word which springs to mind consistently. He's quick to race out and narrow the angles. He's quick when moving across his line and blink at the wrong time and you'll miss his 6ft 3ins frame get down to arrowed shots into the corners.

Areola is commanding in the air, and a fantastic shot stopper.

He also possesses wonderful leadership skills for someone so young – something that would appeal to Benítez.

He's good with his feet too and you can see why he was an alternative to Reina. When going long they're not just hopeful punts in the direction of a teammate but more of a measured, progressive pass which you can see in the screenshots below. 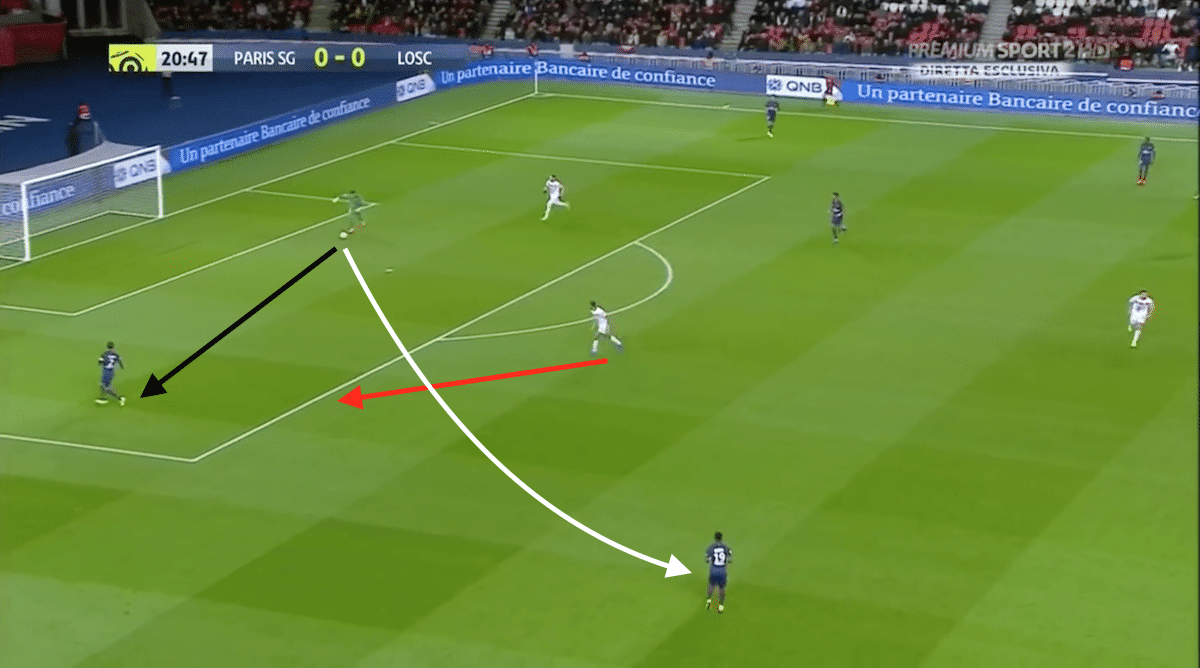 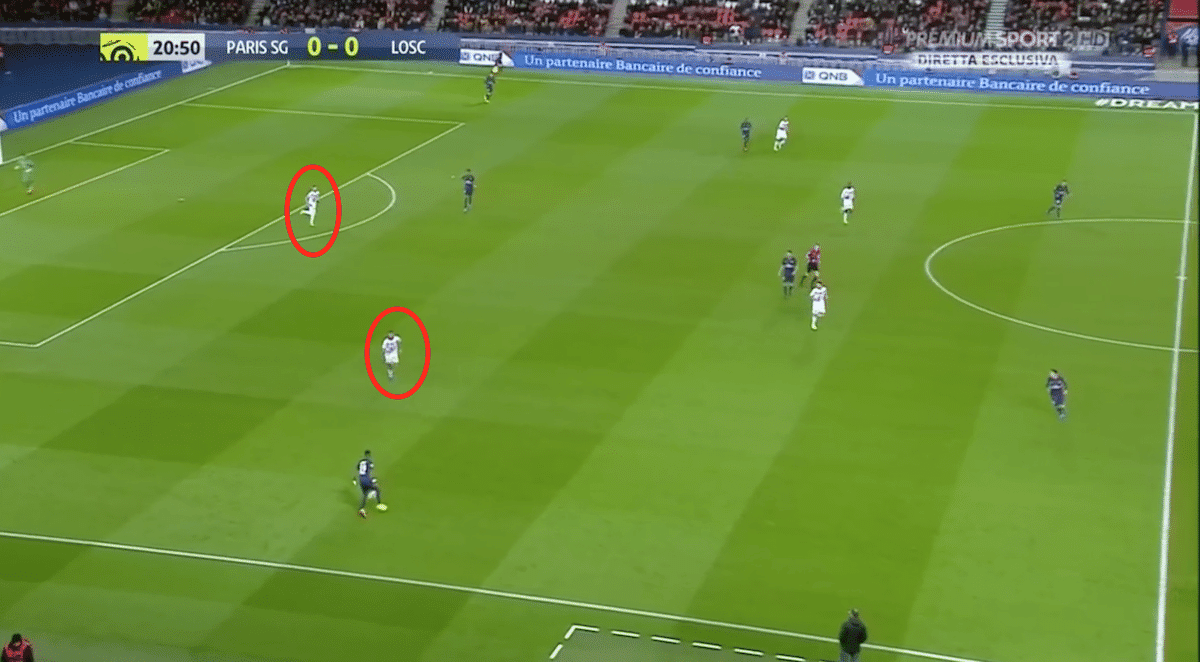 Here you see PSG looking to play out from the back while Lille press them. The ball finds its way back to Areola and he could play a simple pass, highlighted by the black arrow, to Thiago Silva.

That pass, however, invites pressure from the Lille man, shown by the red arrow. Silva is composed in possession but losing it in such an area would more than likely result in an opportunity for the opposition.

Areola nullifies the risk by floating a pass, highlighted by the white arrow, to rumoured Manchester United transfer target Serge Aurier. In the second picture you see the Lille players, both circled in red, have been taken out of the game and PSG, aided by Areola's ability on the ball, have evaded the press.

The 24-year-old stopper, who is also a Chelsea transfer target according to reports, could be one of the best signings in the club's history. He has the potential to be mentioned in the same breath as David de Gea, he just needs the platform to showcase his talents on a regular basis.

In the modern market the rumoured £13million fee is a bargain.