For fans of a certain age, it remains difficult to think of Leeds United as a second tier club. One of the finest sides in Europe throughout the 1960s and 1970s, the last title winners before the English First Division became the Premier League, and Champions League semi-finalists in 2001, Leeds have had to endure a significant downturn in fortunes over the last decade.

However, after years of financial uncertainty, high player turnover, controversial chairmen and underwhelming results, Leeds are looking like a potential Premier League side once again. And Chris Wood has been absolutely pivotal to the turnaround.

The 25-year-old striker is enjoying the best season of his career with 22 strikes to his name. That strike rate has helped to power Leeds into the Championship play-off spots.

However, as important as Wood is to the club’s promotion charge, the success of this Leeds team originates from a few different sources. 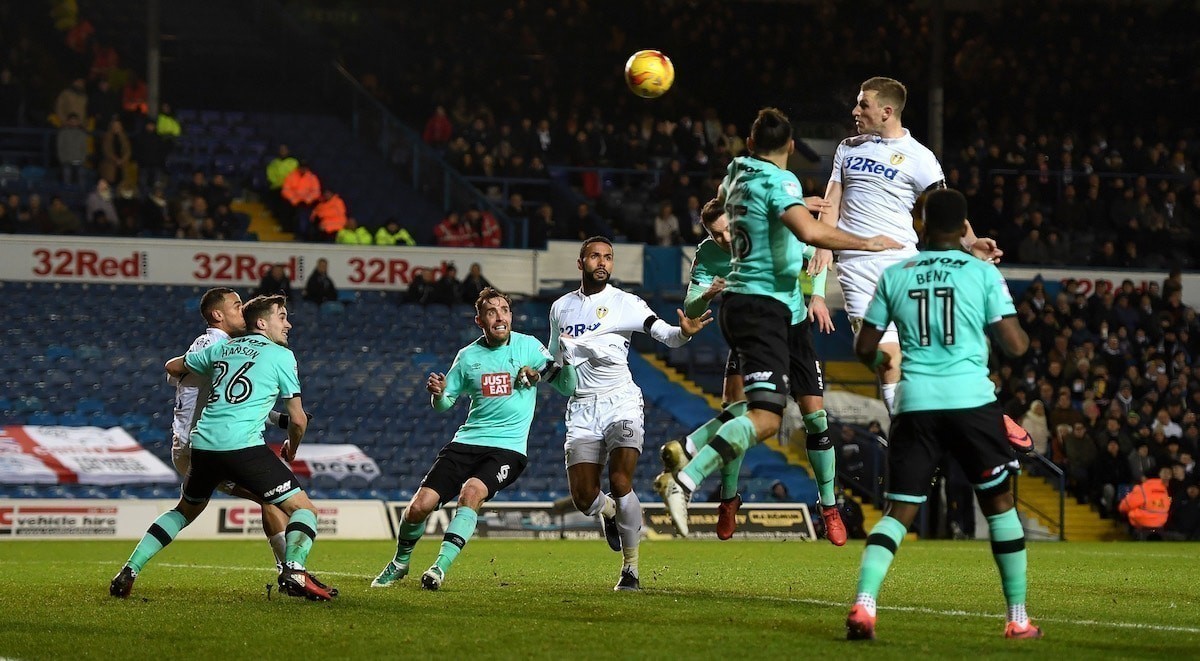 WHAT WOOD BRINGS TO LEEDS

Prior to this season, Wood wasn’t particularly renowned within English football, nor was he truly appreciated by many Leeds supporters.

He showed promise at West Bromwich Albion before a series of loan spells at Barnsley, Brighton & Hove Albion, Birmingham Cuity and Bristol City saw him fail to take off at Championship level.

An impressive temporary spell with Millwall saw him score 11 goals in 19 league games, attracting the attention of Leicester City in the process. But, while he eventually signed for the Foxes, he wouldn’t assert himself on the team and, after a goalless loan move to Ipswich, Leeds bought him for a fee reported be between £2.5million and £3million.

However, as part of an inconsistent team with little continuity in the manager’s dugout or the starting lineup, Wood continued to struggle.

Despite being a regular starter, a return of 13 goals was generally viewed as underwhelming considering the fee paid to sign him. Thus, it is only in 2016-17 that the New Zealander has shown his true potential to both his own fans and the rest of the league. 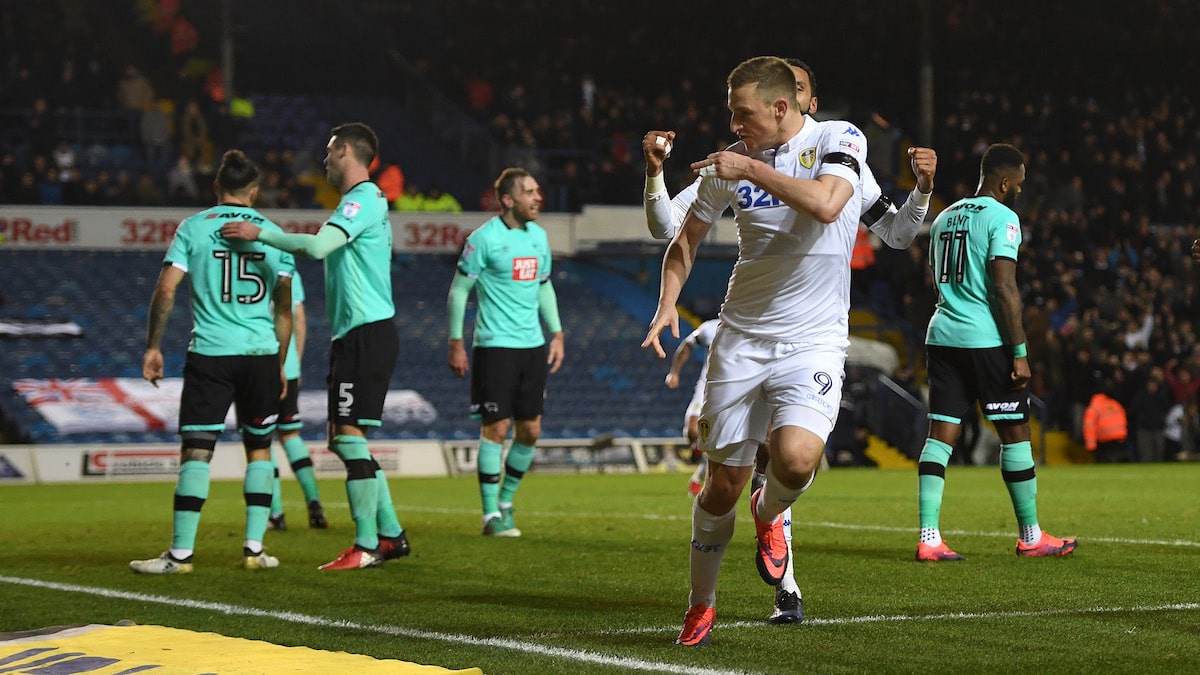 Aesthetically, he isn’t the easiest on the eye; he doesn’t possess real pace, appears cumbersome on the ball, and his link-up play can sometimes be lacking.

Other attributes, such as his intelligent movement off the ball, instinctive positional awareness in and around the penalty area, crisp finishing and aerial strength, have made him a genuine threat to Championship defences this term.

Wood has essentially offered a central attacking reference point for his team-mates, someone to dominate in the air, hold off markers on the ground and drag central defenders with him.

On top of that, with his confidence in full flow, he has proven himself to be more than a mere poacher of goals, something evidenced in his bicycle kick against Fulham last August and his delicate lob against Birmingham in March.

Perhaps what is most remarkable is Wood’s consistency. Other strikers will score goals in spurts with the occasional hat-trick here and there. But Leeds’ frontman has spread his goals over the course of the campaign, finding the net in 19 league games. 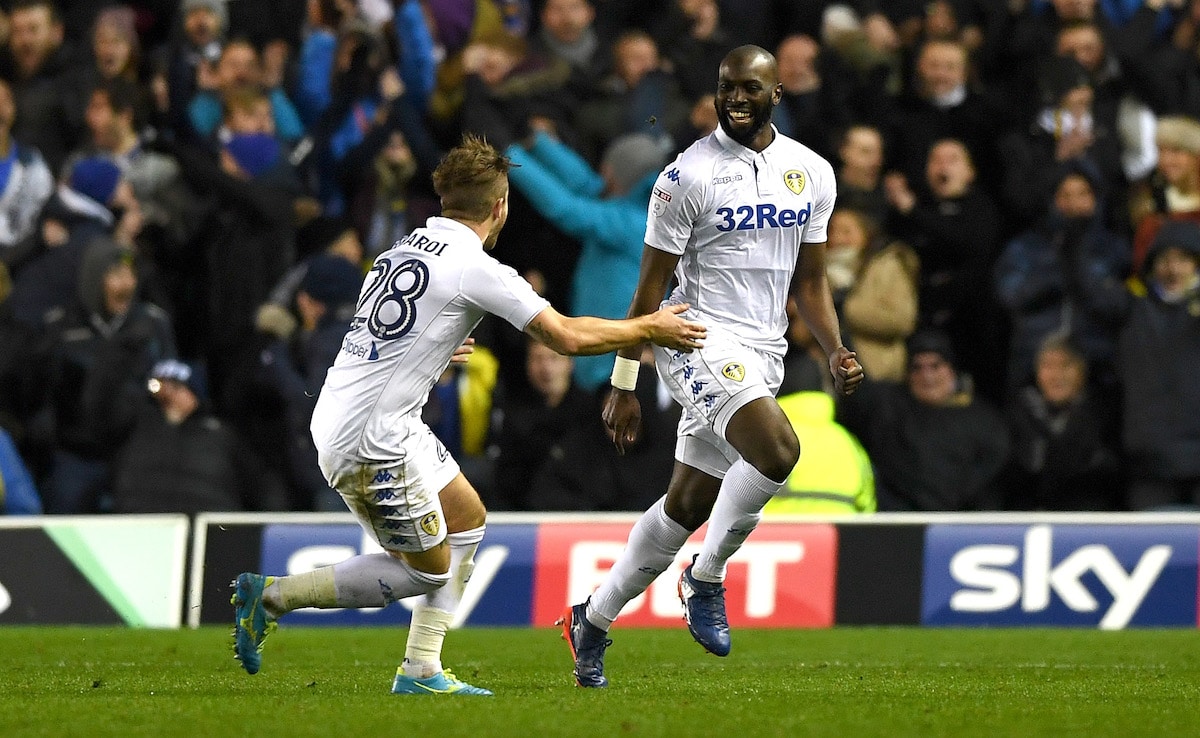 THE SUPPLY TO WOOD

Wood’s goals have been important to Leeds’ promotion push, primarily because there is little back-up to him in this particular department. His only real competition for the centre-forward role comes from Marcus Antonsson and Souleymane Doukara, but the former has yet to settle since joining from Kalmar last summer and the latter has generally been utilised, effectively it must be said, on the wing.

A few statistics paint an accurate picture of Wood’s critical role in the side:

While his goals have changed Leeds’ season for the better, Wood wouldn’t have been able to achieve such feats on his own. He has a lot to thank manager Garry Monk for, namely by focusing the attack around him.

Wood plays at the top of a 4-2-3-1 system with support coming from jinking Spaniard Pablo Hernandez and the physical Doukara, as well as one of Stuart Dallas, Kemar Roofe, Hadi Sacko or new loan signing Alfonso Pedraza.

There is plenty of creativity and energy behind Wood, enabling him to concentrate solely on leading the line and getting on the end of chances. 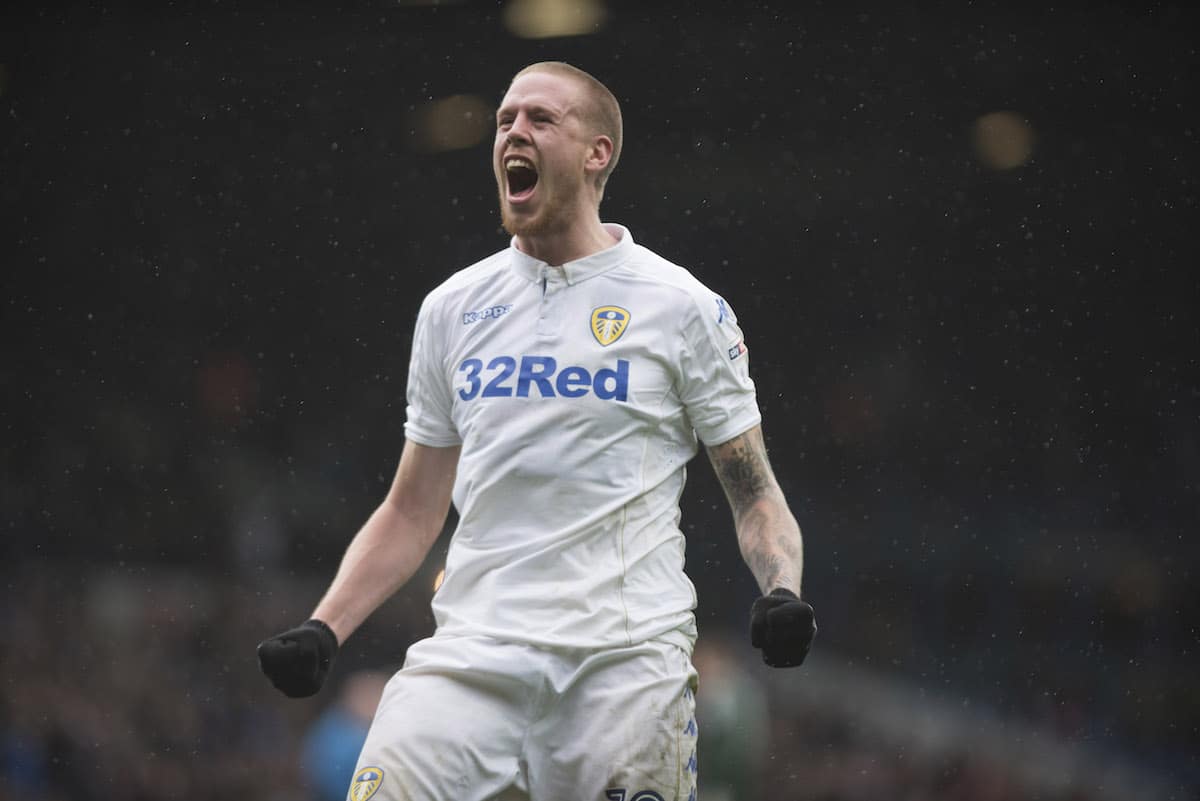 CASE FOR THE DEFENCE

In an attacking sense, Wood has fitted the system perfectly. His combination of awareness, ruthlessness and aerial quality make him ideal to operate as the lone forward.

However, he is part of an effective unit. He does the fun job of putting the ball in the net. But, as well as the supply given to him from the attacking midfielders, it is also worth noting that Leeds’ success this season has been as much about defence as it has any other tactical aspect.

Monk’s 4-2-3-1 quickly becomes a 4-4-1-1 without possession, as the team morphs into two compact banks of four that move as a unit, retaining their shape and making it extremely difficult for the opposition to penetrate.

The central midfielders – usually captain Liam Bridcutt and Eunan O’Kane, or Ronaldo Vieira – offer good protection in front of arguably the best back line outside of the Premier League.

The centre-back pairing of Pontus Jansson (above) and Kyle Bartley offers solidity and composure; both are attentive markers and strong in duels on the ground or in the air.

Luke Ayling, at right-back, and Charlie Taylor or Gaetano Berardi, at left-back, combine defensive nous with a propensity for offering good width and crossing when necessary. Behind this quartet, keeper Rob Green adds a wealth of experience.

Leeds are not a possession-focused side; they do not prioritise retention of the ball. Rather, they are a well-drilled collective who are extremely comfortable in the defensive phase thanks to the cohesive shape Monk has instilled.

So impressive is the Whites' backline that only two teams in the Championship – title hopefuls Newcastle United and Brighton – have conceded fewer than Leeds’ 36 goals this season.

Wood’s goals are important. But arguably not as crucial as the manager’s tactics and the team’s discipline.