Arsenal’s 2-1 defeat to Watford on Tuesday was seen as a blow in the race for the Premier League title. Another bump in the Gunners road to trying to catch Chelsea.

Losing to the Hornets at home isn’t good enough for Arsene Wenger, or the players under his control, however, there is a case to suggest that Arsenal being third in the league, just behind Tottenham Hotspur on goal difference is actually an over-achievement, rather than the North London club struggling.

After Danny Welbeck’s return, and the 5-0 FA Cup win over Southampton, the French boss was asked if this was the best attacking unit he had ever had at the club.

“Yes. I think certainly numbers wise and quality wise together,” Wenger revealed. “We had never so many players who could perform and score goals.”

“Bergkamp and Henry had the quality. We had (Sylvain) Wiltord and (Robert) Pires as well, so it was not bad. But we did not have a large number.”

How good is this Arsenal attack?

Aside from this insult on the past and the invincibles team, the attack is one area where the team is fine. Alexis Sanchez, Mesut Ozil, Olivier Giroud and the rest, are a fine attacking team. It seems harsh on the great players that have come and gone in the past, but it’s always difficult to compare different eras.

Arsenal’s biggest problem is the mediocrity of the rest of, not just the squad, but the starting XI. 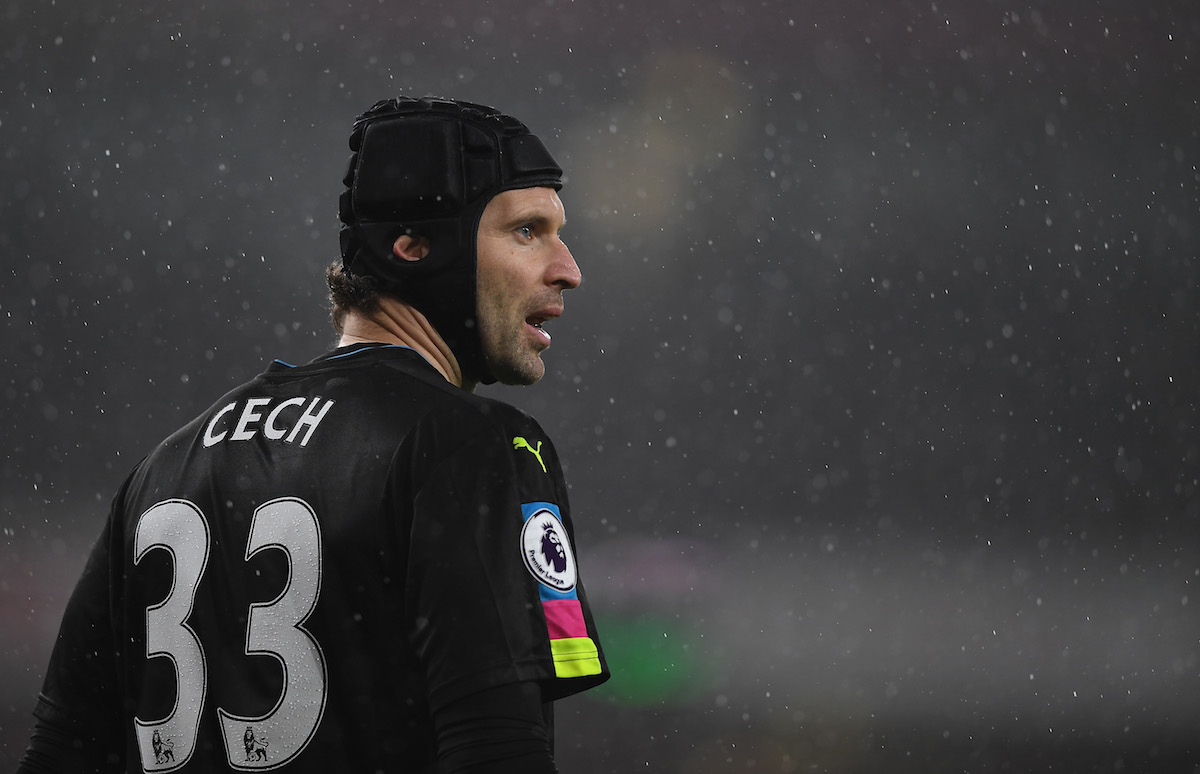 Petr Cech, despite being a top ‘keeper and one of the best to grace the Premier League, is only at the Emirates because Chelsea no longer needed his services. The Blues had a better shot-stopper in the squad and let the Czech Republic international leave.

Nacho Monreal or Kieran Gibbs would be lucky to find themselves in the Top 10 of left-backs on performances this season. If they weren’t playing for a team with the profile of Arsenal, they would be instantly forgettable.

Gibbs had promise, but he’s never been able to fully deliver. Arsenal’s needs for a new left-back are well-documented, but still Wenger hasn’t been able to make a move.

Laurent Koscielny is a world-class centre-back, easily one of the best in the league. That’s not up for debate, but you have to question the pedigree of his partner. There is no doubt that Koscielny makes Shkodran Mustafi a much better player.

At 24 years old, the German still has time to grow, but his journey is interesting. He didn’t make the cut at Everton before leaving for Sampdoria in Italy. Playing mostly in a back three under Vincenzo Montella, he was decidedly average.

Performance improved, but in his last season with Valencia, they finished 12th in La Liga and conceded 48 goals – 16 more than the previous season. Is that the level of someone that was going to guide Arsenal to the title?

Better than Per Mertesacker and Gabriel, but that doesn’t mean you are great, far from it.

Midfield is miles behind the challengers

Into the midfield and Francis Coquelin continues to enjoy a career in the middle of Wenger’s midfield. He could possibly be the most-overrated player in the top four. A failure when he was at FC Lorient in France, he seems to be picked mostly due to the fact he’s the only player in the middle of the park that can put in a tackle without being sent off.

Patrick Vieira and Emmanuel Petit where at the peak of their talents when Arsenal were a true title contender. Wenger needs players of that quality playing in his midfield. One target in the past has been Marco Verratti, but after recent quotes from his agent, the chances of the Gunners landing the Italian maestro are very limited.

“How much does he cost? It’s difficult, it’d take a lot of gold bullion,’ Donato Di Campli told Premium Sport.

“I think that he doesn’t have a price because PSG don’t want to sell him.

‘Marco has a contract until 2021 and he wants to respect it, winning the league and the Champions League.”

That is the level of player that Arsenal need across the pitch. Two or three won’t cut it.

Younes Kaboul’s free-kick needed a deflection to give Watford the lead on Tuesday, but Arsenal should have enough quality to rebound from those types of moments. However, where are the leaders, the players that will drive the team forward, giving them a never-say-die attitude.

Look around the pitch and they are very thin in supply.

“Where does it leave the league? We lost today and we want to respond in the next game,” said Wenger on Tuesday. “You can only have a chance if you win your games. I knew exactly what we were preparing for but we have to learn from Tuesday night.”

How many times have Arsenal been asked to learn from these types of lessons lately? Too often. This is not a cry to say that Wenger should have gone big in the January window, that’s not what top clubs do. This problem has been apparent for a few seasons. 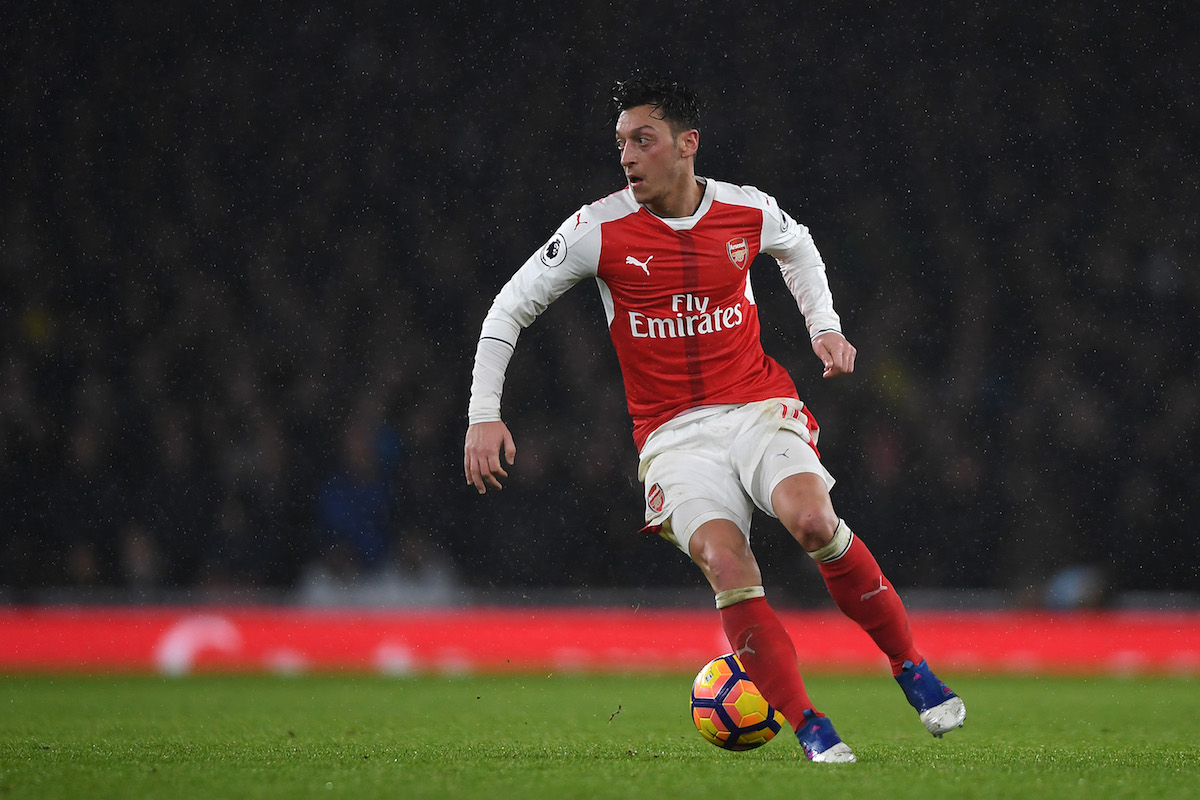 Take the ongoing issue with the contracts for Sanchez and Ozil. Superb players in their own right. The Chilean looks like a very frustrated figure with the lack of quality around him. Arsenal is his level though, if the 28-year-old was truly world-class in his position, he’d be Luis Suarez.

Is Sanchez world-class, or just great

Barcelona don’t let great players leave the club, they build success around them.

“The reason why I moved to Arsenal is because there were a group of young players with the ambition to achieve things,” Sanchez said after his arrival. “I thought that Arsenal was the perfect club for me, the perfect club to win titles and compete in every competition.”

It would be interesting to hear the Chileans views now, this his third season in London. Maybe this is the delay on signing a new deal, not Wenger’s future.

Arsenal have a lot of talent, however, they need a lot of pieces to come together on the same day for them to be competitive at the top. Far too often that isn’t happening and it leads to results like Tuesday.

That wasn’t a one-off, but it was their first home league defeat since the opening day. All it takes is a couple of little bumps in the road to fall behind in the title race. Those bumps have happened more and more this season.

Ultimately, that comes down to the players on the pitch. Compared to their rivals, Arsenal lack top quality in several positions. Perhaps, fans should be happy with a place in the top four, instead of looking higher.