Olympiakos travel to the Bosuilstadion looking to secure top spot in group D of their Europa League campaign. Olympiakos are just two points behind Frankfurt, who are up against Fenerbahce in the final group game.

Antwerp managed back-to-back wins in the league after a 1-0 success over Beerschot. Antwerp per second in the Belgian first division. Olympiakos remained at the top of the Turkish Super League with a sizable advantage thanks to a 3-1 victory over OFI. This was the fourth victory in the last five games for Olympiakos.

Youssef El-Arabi has had an excellent Europa League campaign so far and his goals have been integral in the Turkish club’s positive campaign so far. The 34-year-old has been among the goals from the qualification campaign. He has managed five goals in 10 Europa League games this season including the opener against Antwerp in the reverse leg.

Olympiakos are looking to finish top of the group after having already sealed qualification to the knockout stages. The 2-1 victory over Antwerp in the reverse fixture will give a huge deal of confidence to the visitors. At the same time, Antwerp are aiming for the first win of the group and they have not been on par with the rest of the teams.

Antwerp have been defensively poor especially in away games, while they are without a goal in the last two home matches of the Europa League. Olympiakos, though, have been quite good going forward and they come on the back of scoring three goals during the weekend.

Europa League Stats ahead of Antwerp vs Olympiakos

Antwerp will look to salvage pride when they go up against Olympiakos in the final group match. After failing to win any of the games in the Europa League so far this season, the Belgian outfit are under pressure. They have particularly been underwhelming in home games after failing to score against Frankfurt and Fenerbahce. Sander Coopman is the only player unavailable for the hosts due to injuries.

Olympiakos will be able to jump ahead of Frankfurt to top the group if the German outfit lost their game against Fenerbahce. Even though Olympiakos are depending on results elsewhere, the team will approach the game with confidence. Konstantinos Fortounis and Michal Karbownik are unavailable due to injuries. There are no suspensions for the Greek outfit.

Questions about Antwerp vs Olympiakos 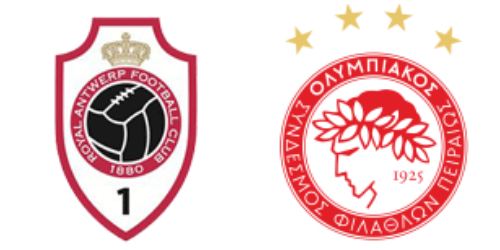 Where is the match scheduled? Bosuilstadion

Which team is the favourite to win? Olympiakos