The last team of the Group F of WC Qualifiers, Angola will struggle to bounce back against Gabon in the home ground on Friday, October 8. The match could be very interesting following the team’s results against each other.

Here are our predictions for Angola vs Gabon.

Angola has been the worst team in the recent matches, but they got their only win in the last five matches against Gabon. Adding more, all the matches between these teams have witnessed the winner from the home side. So we expect a narrow win again for Palancas Negras in this match. Both of the teams have registered just one win in their last five matches. Angola and Gabon also have equal results in the last five H2H meetings with two wins and one draw for each team.

Angola have lost the discipline in their attacking line that has provided only one goal for the team in the last five matches. The Brazilians have been quite better by scoring six goals in the same period but we have not seen a huge number frequently when these teams face each other. Three of the last five meetings have ended under a total of 2.5 goals which is the same we expect for the coming game.

Only one time in the last five matches between these teams has finished with both teams on the scoring side. Angola have failed in terms of scoring recently, yet they scored two goals in their last encounter with Gabon and claimed the clean sheet as well. Gabon are also lagging in offence playing far from the home and have two goals in the last three away games. So we predict the host of this match again with the clean sheet and take the lead as 1-0 after 90 minutes.

Angola vs Gabon: Check out the best odds and the latest stats

The Palancas Negras have lost both of their matches of WC Qualifiers that have put them at the bottom of Group F. They lost to Libya in their last match. The team needs to work on their offensive touch that has failed completely in the recent matches.

The Brazilians have not won the game yet in the WC Qualifiers but managed to stand above their upcoming rivals with the draw result of the last match. The team was in the lead till the 89th minute but conceded a goal at the 90th minute and ended with a draw against Egypt in the last match.

Questions About Angola vs Gabon 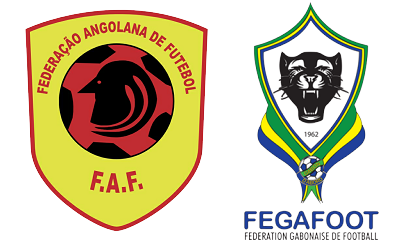 Where is the game being played? Estádio 11 de Novembro (Luanda).