A tough duel is expected between Angers and Monaco when they lock horns on 01/12/2021. Read through this review to find out how we are tipping the teams to perform based on their recent results.

Predictions for Angers vs Monaco

Angers hosts Monaco at a time when they are focused on a top-four finish while the visitors are on a four-winless streak in the league. The following are our best predictions for Angers vs Monaco.

Monaco has been the better team in this fixture in the past few seasons and the trend is unlikely to change. However, the away team has struggled of late to find the back of the net, only managing to score on three occasions out of their last five matches. They are unlikely to score in this game. Since they have been a nightmare to the hosts, there will be fewer than three goals in the game.

Monaco has been struggling to score on their travels in French Ligue 1 as manifested in their last three away games. Both teams have not scored on eight occasions in this fixture.

A major test for Angers

The hosts will be looking for the first win in Ligue 1 against Monaco since 2018. The season has been promising for Angers as they find themselves above tough oppositions such as Lyon, Lille, and Monaco. The former champions Monaco on the other hand are not enjoying the happenings in the league currently. The tight schedule of the European tournaments coupled with Ligue 1 demands has become a tall order for Monaco. The visitors will only rely on history to avoid defeat which would have been eminent following their current form.

The match rivalry between Angers and Monaco comes at a time when both teams are struggling to get good results in the league. Angers has just recorded one win in their last five games while Monaco has only recorded a similar outcome in the last five away days. Both teams will be cautious enough to prevent losing all [points in this challenging fixture. However, given that Monaco has been the better side in this matchup, we expect the visitors to put in a shift on matchday, at least not to lose in an important game like this. 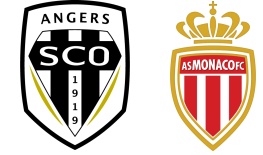 Which stadium will host the game between Angers and Monaco on 1/12/2021?

The match will be played at the Stade Raymond Kopa stadium.

Who will be the match center referee for the game between Angers and Monaco?

Romain Lissorgue- the French referee will be in charge of the proceedings during the game between Angers and Monaco.

What were the scores when Angers last hosted Monaco on this field?

The game between Angers and Monaco on this pitch ended all square at 0-0.