In football, it’s easy for us to be consumed by the here and now, though it only takes a momentary glimpse into the not so distant past to remind us of footballing excellence. As Andriy Shevchenko follows another great in Francesco Totti by turning 40 it’s easy for us to neglect the fact that the dynamic Ukrainian was at one point considered to be arguably the most feared striker on the planet, earning a reputation for being a lethal sharpshooter who always found his target.

Perhaps the first occasion that Europe’s stellar clubs became firmly aware of Shevchenko’s growing potential occurred during the 1997-98 Champions League campaign, stunning Barcelona and the Camp Nou crowd with a devastating first half hat-trick that helped propel Dynamo Kyiv to an eye-catching 4-0 thrashing of the Spanish giants. Sheva developed a thirst for goals while learning his trade with Kyiv, with his partnership alongside Sergei Rebrov propelling the Ukrainian club to the 1998-99 Champions League semi-finals. During that fabled run Shevchenko had left his calling card on Arsenal and Real Madrid, so it wouldn’t be long before a European heavyweight in the form of AC Milan would make their move to acquire the striker. 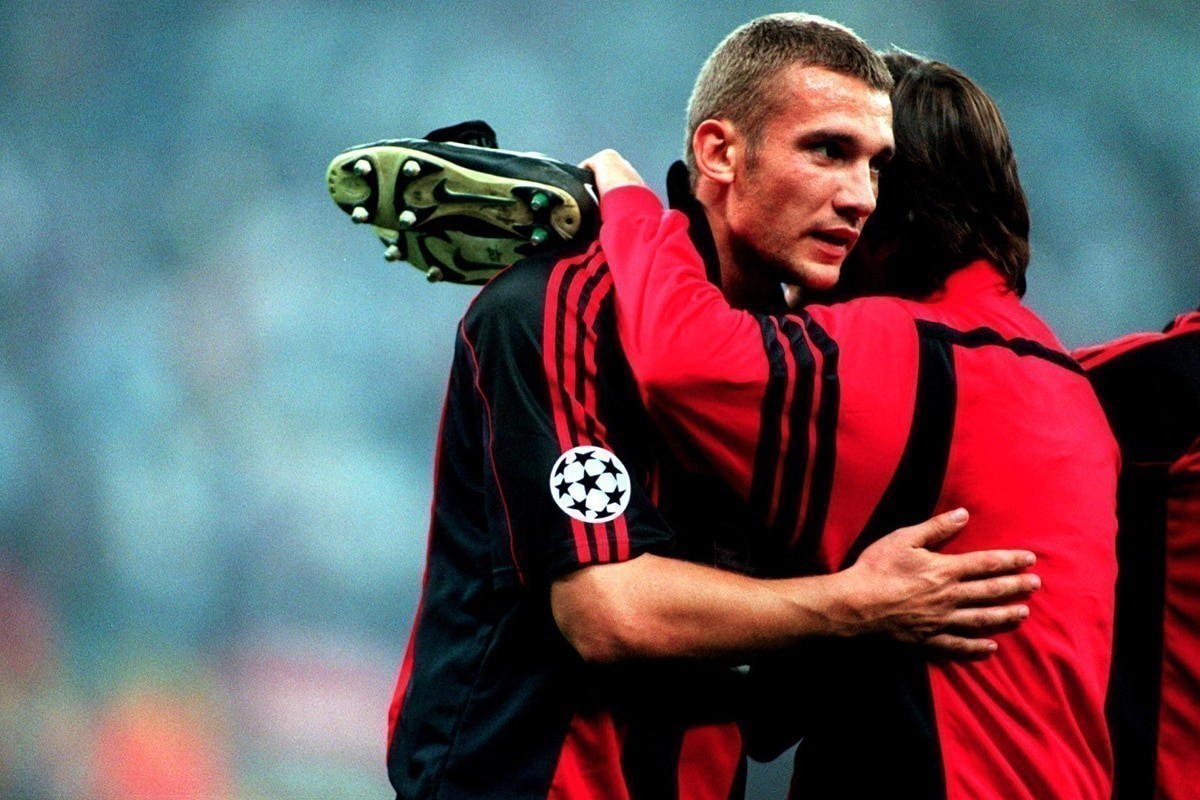 Milan would turn out to be where the striker would preserve his best form. Having been the dominant force during the late 80’s/early 90’s, the Rossoneri were looking to re-establish themselves in the top echelon of domestic and European club football, and Shevchenko’s arrival in the summer of 1999 for a then club-record fee of €23m coincided with their vision for the future.

Upon arriving in Northern Italy Shevchenko had drawn comparisons to a former Milan legend in Marco Van Basten. At this time Serie A was perhaps at the height of its powers, leading the Premier League and Spain’s Primera Liga for marquee players. The defensive proficiencies of Italy’s top flight was offset with an array of attacking stars that included Ronaldo, Christian Vieri, Filippo Inzaghi, Marcelo Salas and Alessandro Del Piero. To score on a regular occurrence in a league that had such a propensity for nullifying creative players with its defensive qualities enhanced the reputation of that forward. Italy would prove to be the ultimate test.

However, the team that Sheva was initially met with would lack depth and quality. Milan’s return to the Champions League ended in ignominy, failing at the group-stage hurdle. But despite this, Shevchenko’s record during his first two seasons at the club was nothing short of phenomenal, scoring 48 league goals in 66 appearances, also becoming the sixth player after Michel Platini, John Charles, Gunnar Nordahl, Istvan Nyers and Férénc Hirzer to win the capocannoniere  [Serie A top league goalscorer] award in their debut season [1999-00]. Rather than inhibit him, the comparisons to Van Basten liberated Sheva. With the iconic number 7 adorned on the back of his shirt, Shevchenko would save some of his best form for whenever the Derby della Madonnina versus Inter Milan was on the horizon, going on to become the fixture’s all-time top scorer with 14 goals. Sheva’s sound technique, aerial ability, positional sense and ferocious shot were qualities that would leave defenders shaking in trepidation time and time again.

Although on-pitch success would initially prove to be elusive, the arrival of Rui Costa, Inzaghi and Andrea Pirlo in the summer of 2001 promised to herald in a new dawn for both the club and player. But it wasn’t until the appointment of coach Carlo Ancelotti a quarter of the way through the season that Milan’s renaissance would truly begin to take shape. From a personal standpoint, the 2002-03 campaign may not have been Shevchenko’s greatest season – injury limited him to just five league goals – but he still managed to ensure he would go down in Milan folklore, as his decisive strike against city rivals Inter in the Champions League semi-final second leg ensured Milan would head to Old Trafford for their first final in eight years. The all-Italian affair against Juventus would prove to be a victory for catenaccio, with both teams putting on a clinic for defending that meant a penalty shootout would be required to decide the winner. Shevchenko would step up to dispatch the all-important penalty and seal Milan’s first European Cup since 1994. 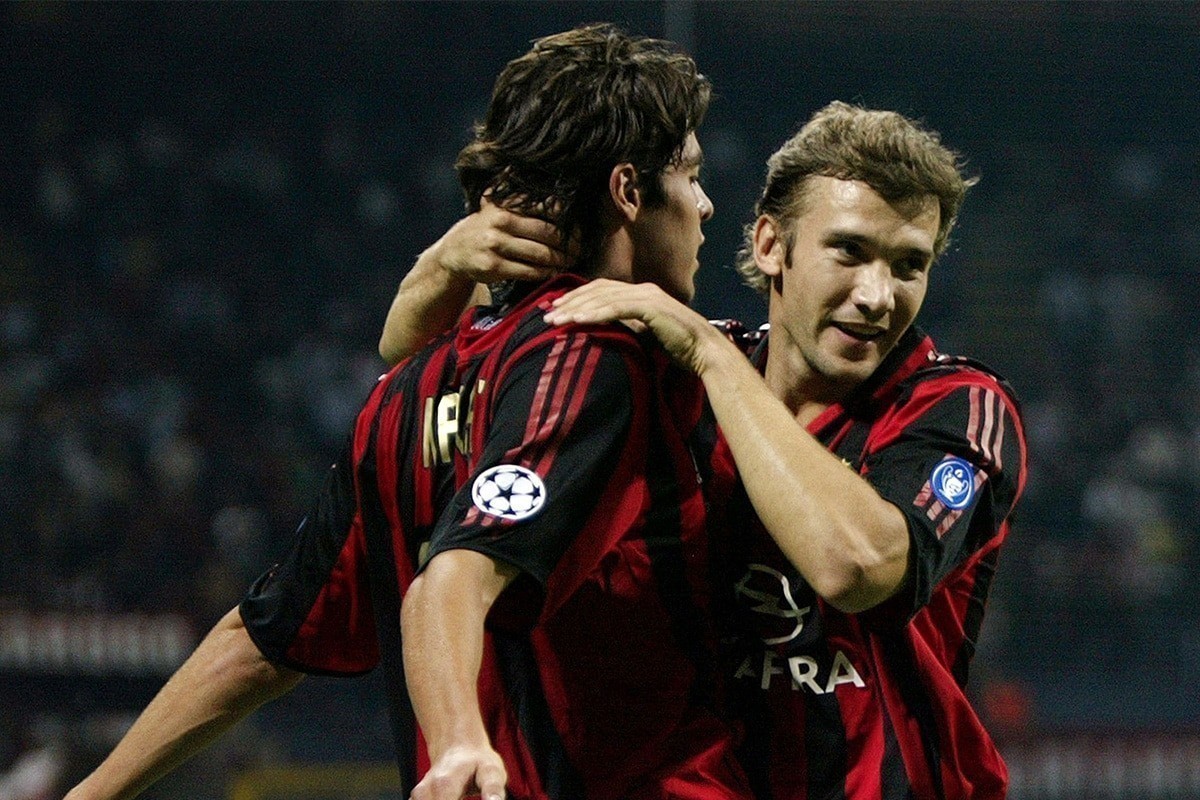 The arrival of Kaká in 2003 helped provide evolution to the Milanese squad, and Shevchenko would return to his exceptional best, regaining his title as Milan’s number one marksmen with yet another assault on the Serie A scoring charts, leading the Rossoneri to their 17th Scudetto with 24 goals. His performances that year would be recognised internationally, becoming the first Ukrainian since Igor Belanov in 1986 to claim the prestigious Ballon d’Or award.

But whereas the goals would continue to flow on a regular occurrence, Milan’s near-misses over the next two seasons would culminate in Shevchenko electing to depart Serie A in 2006 for the bright lights of the Premier League, and in particular, Chelsea. Unfortunately, England would never witness the best of Sheva, with the rigorous demands of the Premier League proving to be a step too far for a player that would soon be hitting 30. Shevchenko’s stay in England would be short, later returning on loan to Milan, and though he was back in familiar surroundings the attributes that he had displayed during his first spell were no longer evident. In somewhat of a fitting manner, his career would turn full circle in 2010, re-joining Kyiv before retiring in 2012.

But although his career may have petered out in an underserving manner, Shevchenko’s greatness must never be neglected. During an era where the game was blessed with an assortment of superstar forwards, Shevchenko solidified himself as a Serie A and world great. The forward has been inducted into the AC Milan hall of fame following his 175 goals for the club that leaves him as their second-highest goalscorer behind Swedish legend Nordahl. He is also Ukraine’s record goalscorer [48], while he is currently fifth on the list of top scorers in UEFA club competitions [67 goals]. The word ‘legend' may sometimes be an inappropriate choice of word selected to describe certain player’s, but in the form of Andriy Shevchenko it couldn’t be any more fitting. 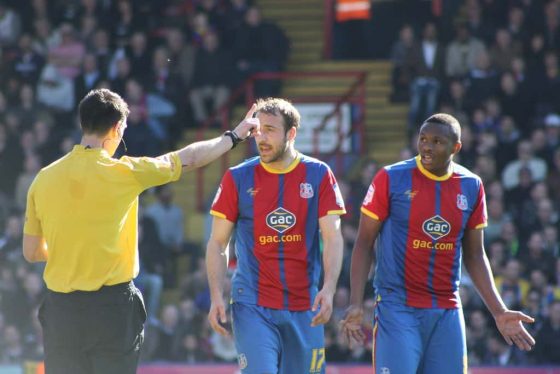 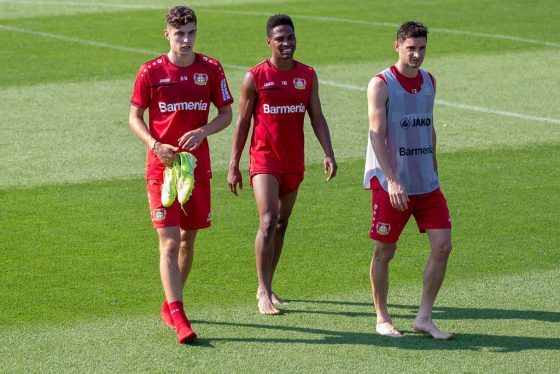 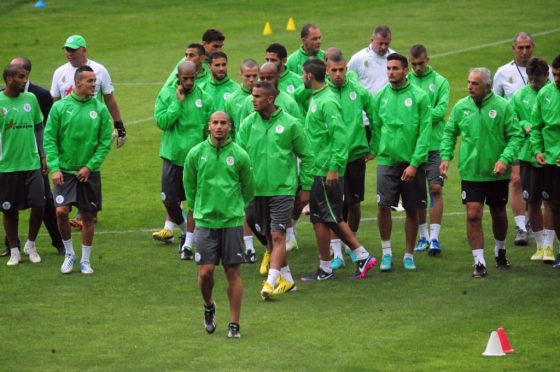 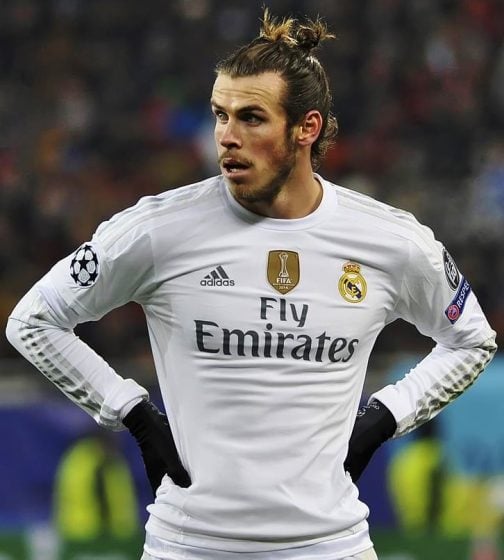 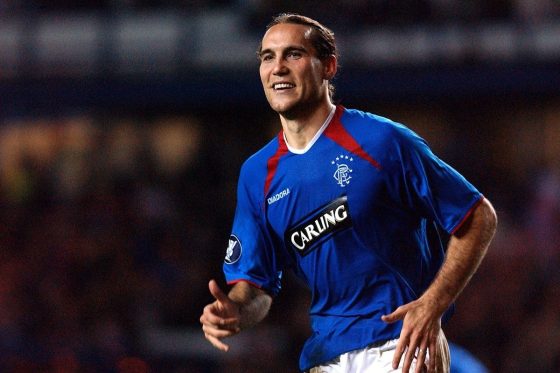 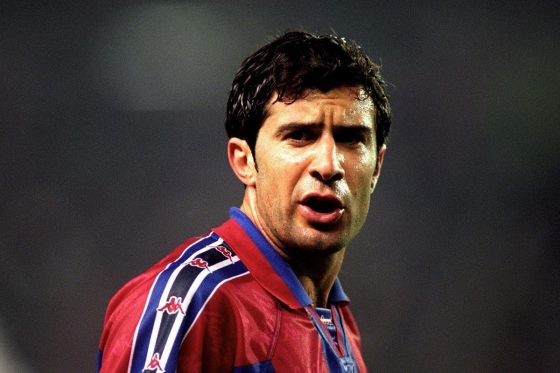