The links earlier this summer speculating that speculating Andrés Iniesta could join New York City FC appeared tenuous. It was claimed his friendship with former Barcelona teammate David Villa could tempt him to Major League Soccer. That was about the depth of the reports.

NYC FC were said reportedly leading the chase for the playmaker’s signature with his future at Barcelona still to be resolved as new manager Ernesto Valverde moulds his squad this summer.

At the moment, this doesn't seem possible, with no midfielder signed, but should Barcelona transfer target Philippe Coutinho arrive, it seems he would be brought into to replace Iniesta.

Paulinho has also been linked but he doesn't seem like a direct replacement for the Spaniard.

At 33, Iniesta is into the twilight of his career, fitting the mould of Designated Players who have previously left Europe to seek a new challenge in North American in years gone. This is something MLS is trying to move away from, with the likes of Sebastian Giovinco and Miguel Almiron proving that the division can attract players in their peak years.

Who is Ernesto Valverde? | FC Barcelona | FWTV by FootballWhispers

But Iniesta would be well worth making an exception for. Forget David Beckham, forget Andrea Pirlo, forget Villa, forget Giovinco, he would be the greatest player to ever play in MLS. Arguably the best Spanish player in history, Iniesta would become the league’s poster boy. He could set a new benchmark for the North American game.

Iniesta isn’t the force he was just a few years ago. He can no longer play as many games as he used to, with Luis Enrique resting the playmaker for much of the season as he struggled for fitness.

Even when he did play, there was a case to be made that Barcelona were better off when he was on the bench. If Iniesta leaves Camp Nou this summer it’ll be because Barcelona can afford to do without him, otherwise he would have been made a new contract offer by now. That’s not to say the playmaker will be dumped on the scrapheap by Valverde.

The new man in the job could use his experience in the dressing room in a time of such transition. But Iniesta doesn’t automatically command a starting place in the way others do. Barca can afford to wish him well and let him leave.

Some might argue that New York City FC don’t actually need a player of Iniesta’s type. Coach Patrick Vieira overhauled his midfield ahead of the 2017 season, with Frank Lampard retiring to make way for on loan Manchester City youngster Yangel Herrera and Finnish Alexander Ring. That change has made NYC FC a more dynamic outfit in the centre of the pitch.

Herrera, in particular, has been one of the revelations of the 2017 MLS season so far, becoming a central part of Vieira’s team. The young Venezuelan also impressed internationally this year, winning the Bronze Ball with his country’s national team at the FIFA Under-20 World Cup, impressing in the final against England.

Not even Pirlo is guaranteed of his place in the NYC FC lineup, the Italian having to make do with a place on the bench at various points this season. The former AC Milan and Juventus man is considered something of a defensive liability, and so Herrera has become a favourite of Vieira over the past few weeks and months.

There isn’t an obvious place in the New York City FC midfield for Iniesta. But for a player of such ability Vieira would make space. It might require a shift in formation but it would be worthwhile to get the best out of the Barcelona playmaker.

Signing Iniesta would be just another way for New York City FC to underline their status as New York’s dominant soccer club. It would come at a time when their rivals the New York Red Bulls are looking to make a splash this summer, with head coach Jesse Marsch confirming the club has “money to spend.”

There is no suggestion that Iniesta could end up at Red Bull Arena with NYC FC putting in the ground work on the deal for the playmaker. However, the symbolism of signing Iniesta would be significant in the context of the dynamic between NYC FC and the Red Bulls. It’d be difficult to put the latter above the former in any sense.

It’s from a footballing standpoint, though, that the prospect of Iniesta in MLS is most exciting. He is one of the true greats and would have the ability to transcend soccer in a North American market that still puts marketability above all else. He could be the best player in the league’s history. 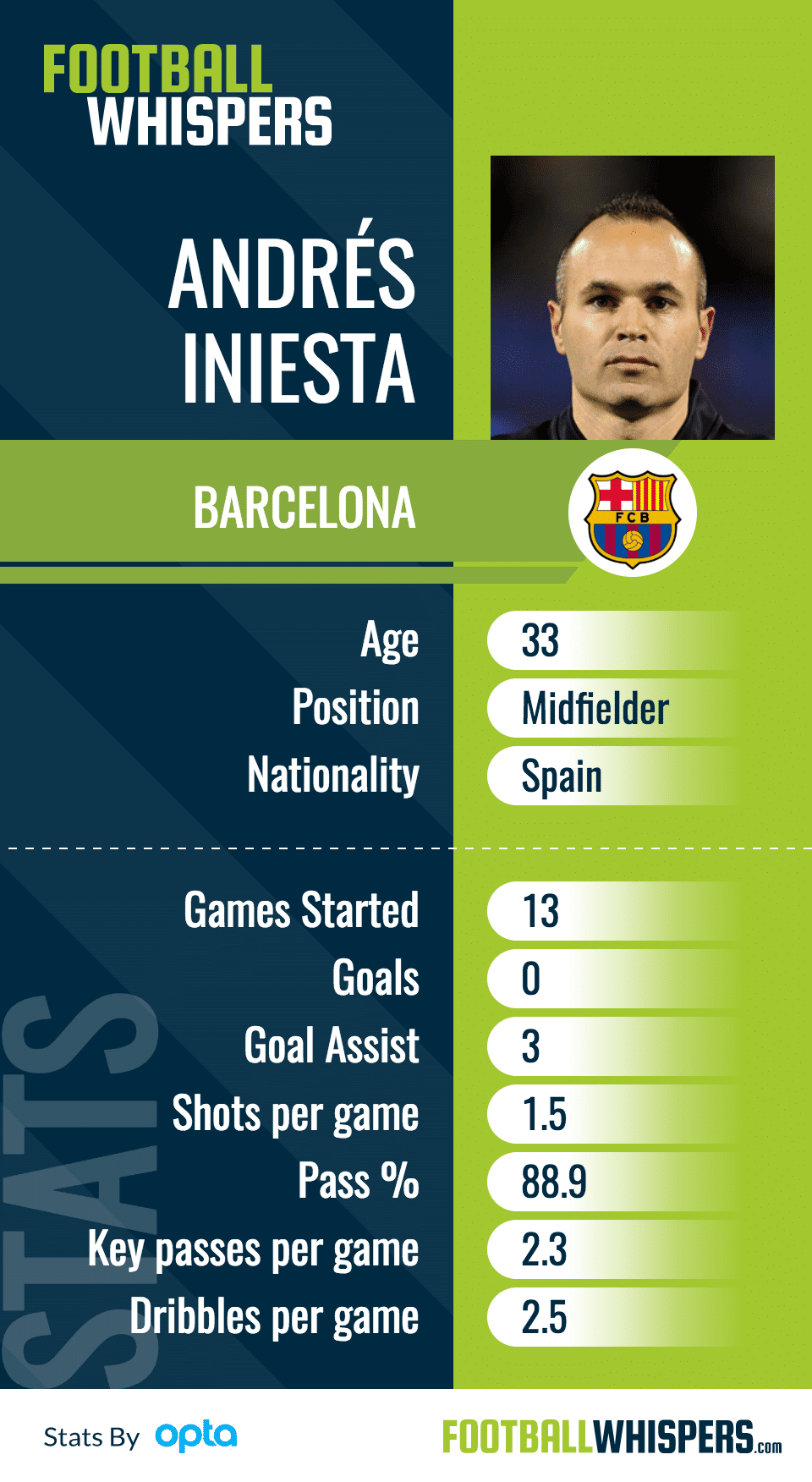