Italy and great central defenders go together like, well, things that are just meant to be. Here at Football Whispers we ran a series on the five best to ever represent the Azzurri, listing the likes of Gaetano Scirea, Paolo Maldini and Franco Baresi. Even then we were forced to omit Fabio Cannavaro, while the likes of Giorgio Chiellini and Claudio Gentile were barely considered, such is the depth of talent at their disposal of national team coaches over the years.

But this doesn’t concern them. This is about Andrea Ranocchia, a player who found himself surplus to requirements at Inter Milan, and has now emerged as a transfer target for Tottenham, Zenit St Petersburg, Hull, Swansea, and Bologna. That eclectic list perhaps sums up the difficulty in assessing the 28-year-old; a Champions League hopeful, a Russian super club, two of the Premier League’s bottom four and a team who sit tenth in Serie A.

His current club have enjoyed a surprising resurgence under new boss Stefano Pioli, thanks in no small part to the growing partnership shared by Jeison Murillo and Joao Miranda at the heart of the defence. That alone justifies Ranocchia’s status as the odd man out, but it barely scratches the surface of his career arc. Events over the past few years have perhaps robbed Italy of another addition to their pantheon of legendary stoppers because he might be the greatest “what if?” story of his generation.

Born in Assisi, Ranocchia’s career began in the nearby Perugia youth sector, growing up as a ballboy watching a side that featured the likes of Marco Materazzi, Fabio Grosso and Fabrizio Ravanelli at close quarters. From there he moved to Arezzo, making his Serie B debut during the 2006/07 campaign and making a lasting impression on then-coach Antonio Conte. Over the next two seasons he would mature in impressive fashion, prompting Genoa to sign him and immediately loan him to Bari, where he was reunited with the current Chelsea boss. 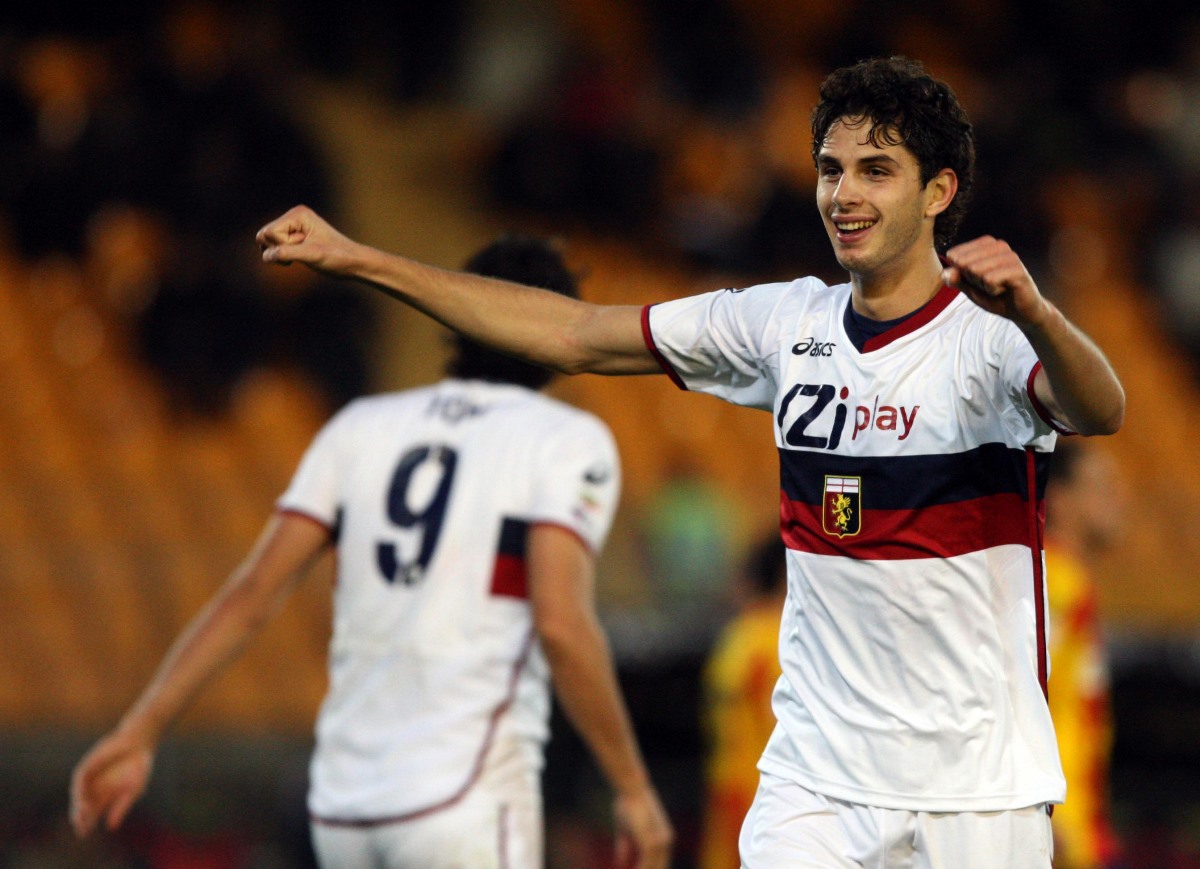 Immediately inserted into the starting XI, Ranocchia helped Bari clinch the Serie B title but Conte moved on to Atalanta, replaced by current Italy coach Giampiero Ventura. He then formed a perfectly balanced partnership with Leonardo Bonucci and the duo quickly won much admiration for their performances. Much intrigue surrounded them and big clubs began to pay attention as the 2009/10 campaign began, only for Ranocchia to suffer a ruptured ACL that instantly ended his season.

What could have been for Ranocchia

It was terrible timing. Juventus had been mulling over reinforcements for their defence and the injury saw them opt for Bonucci rather than his partner, who at that point appeared to be the more talented of the two. He of course would soon benefit from Conte’s arrival in Turin, inserted into the centre of a three-man backline that is now one of the greatest units in history and on the verge of a record breaking sixth consecutive Serie A title.

Meanwhile, Ranocchia was left with nowhere to go but Genoa, where he was given little guidance from Gian Piero Gasperini, an attacking coach with a reputation for leaving his teams exposed at the back. Still, Inter believed in the qualities he had shown at Bari and made their move, only for fate to once again conspire against him.

Jose Mourinho fled once the Nerazzurri had secured their 2010 treble, leaving behind an ageing squad that needed a drastic overhaul but had no money to do so. Instead Rafael Benitez and Leonardo attempted to wring the last drops of energy from their veteran squad, lifting a Club World Cup and the Coppa Italia for their troubles.

Neither trusted the youngster, who at a key stage in his development saw Gasperini appointed by Inter. Again his methods failed to help the defender who simply did not suit his cavalier 3-4-3 tactics and the coach was soon fired. Claudio Ranieri and Andrea Stramaccioni fared little better before Walter Mazzarri again tried to implement a three-man defence before being replaced by Roberto Mancini.

Follow the Football Whispers live blog for all your transfer needs!

Throughout these testing times, Ranocchia was regularly called up by Italy, fitting in perfectly whenever Conte inserted him into the lineup. This should be no surprise, his tactical acumen outshining the coaches at Inter and seeing the defender playing alongside the Juve men he once could have joined.

Better team-mates and guidance from the touchline brought the best from a player who has all the physical tools needed to succeed. Standing 6ft 5in tall and with the pace to keep up with almost every striker he has faced, Ranocchia should be superb. Even in a bit-part role this term he has averaged 3.4 tackles, 1.4 interceptions and winning 86 per cent of the aerial duels he has contested.

A low tally of just 3.2 clearances per game hints at his ability on the ball, connecting with 86.3 per cent of pass attempts over the course of his career and averaging almost 50 passes a game most seasons.

Yet that is simply not the case. Unsure of his team-mates, his place in the side and the coaching he is receiving, Ranocchia has often looked devoid of confidence and error-prone. High-profile slips, stumbles and fouls have blighted his performances at Inter, making the decision to name him club captain following the retirement of Javier Zanetti look foolhardy. 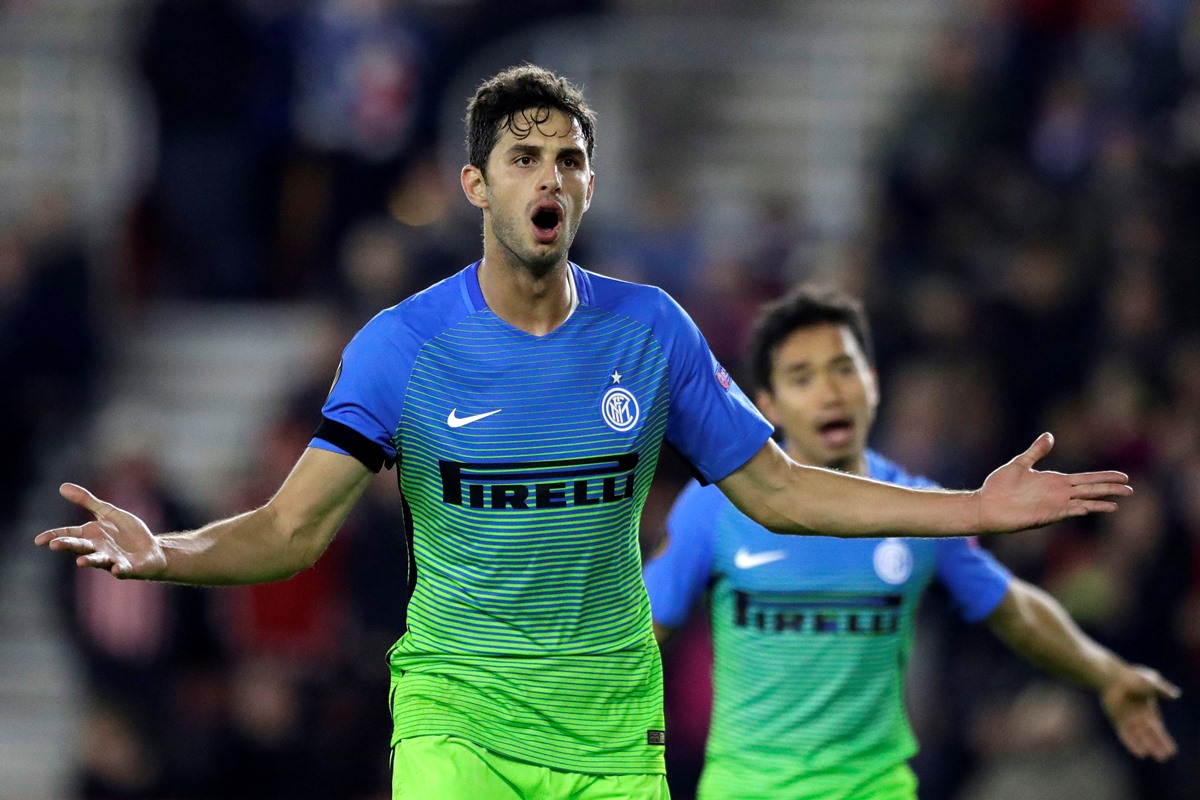 It added to the pressure on his shoulders, while Mancini stripping him of it in favour of Mauro Icardi merely compounded the issue. Even a loan spell with Sampdoria last term failed to help, finding coach Vincenzo Montella at perhaps the lowest ebb of his career as the club battled relegation. Imagining Ranocchia alongside Alessio Romagnoli at Milan this term under the former striker is yet another “what if?”, as he could balance the left-footed star and form yet another excellent partnership.

But rather than blossoming into the stopper his talent seemed to demand, he is now at a delicate crossroads as he considers where his future lies. Wherever he goes, Andrea Ranocchia might be the best central defender Italy never had.