Two relegations, five different owners, 12 different managers, and 13 years spent outside the top flight. For Leeds United, a club who were once among the finest not just in England, but in Europe, the aforementioned numbers quantify what has been a painful recent history.

It hasn’t been all bad – a 1-0 victory over Manchester United at Old Trafford, several memorable cup wins and a couple of Championship play-off pushes testify to that – but hope was, up until last season, gradually being eroded.

Then came Garry Monk. And then came a serious flirtation with promotion. And then Monk left.

However, despite yet more managerial turbulence, club chairman Andrea Radrizzani is restoring lost hope and seems set to transform Leeds into a credible footballing force once again.

In just over one month since he took full ownership of the club, the Italian has made positive changes in a number of different areas. Here we assess each of these changes, and why they signal a brighter future.

Elland Road has been home to Leeds since the club’s formation in 1919. However, the stadium hasn’t been under club ownership since 2004, when it was sold in the midst of severe financial difficulties.

One of Radrizzani’s first objectives when he became involved with the Yorkshire outfit in January was to look into buying the stadium back. Per the Independent, he said:

“It’s an important topic. Elland Road is an iconic venue, not only for Leeds but for English football. All fans are very loyal to this stadium so it's one of my priorities to evaluate the option to exercise the opportunity to buy back the stadium.

“I'm not promising this but I promise I will evaluate very carefully in the new few months the business case to buy it back. But we also need to analyse what is required to make it a little bit more modern.” 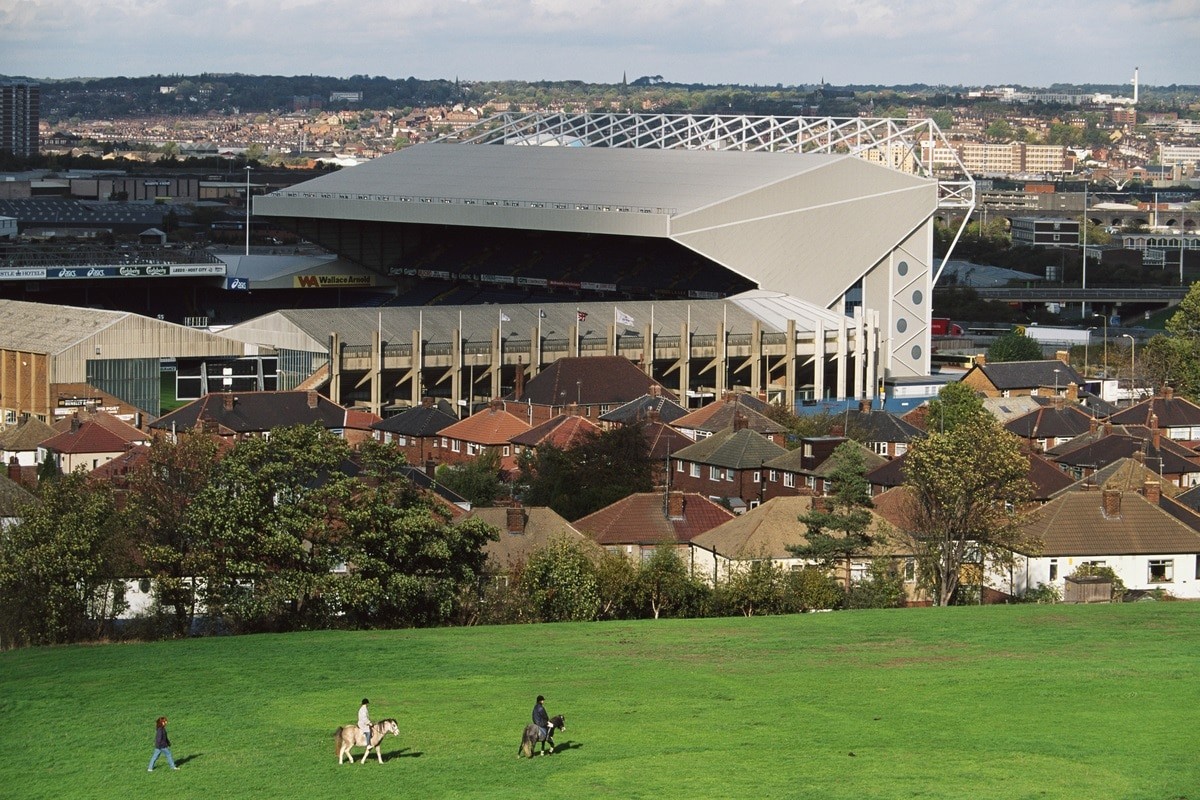 Actions speak louder than words, however, and fans appreciate a chairman who follows through. Radrizzani did just that when buying Elland Road back earlier this week, subsequently bringing back into club ownership an important asset in Leeds’ future.

Speaking to the club website, he stated: “Today is an important day in our history and a proud day for me and my team.”

APPOINTING A DIRECTOR OF FOOTBALL

English football has finally embraced the role of the manager as tactician, but it is still relatively new to the concept of the sporting director. Thus, Radrizzani’s decision to bring in Victor Orta as Leeds director of football was a step towards modernising the club’s staff structure.

The Spaniard arrived with an intriguing repertoire having previously worked in the Premier League, as well as with some of the top clubs in Europe.

Orta was a football agent before becoming Sevilla’s technical director. There, as a member of one of the most strategically effective clubs on the continent, he played a part in the signing of the likes of Didier Zokora and Sébastien Squillaci.

He went on to work for Zenit Saint Petersburg in Russia before joining Middlesbrough, where he brought in Adama Traore and Alvaro Negredo, among others.

Orta brings with him to Leeds a positive reputation for scouting and signing talent, something that should aid the club as they aim to return to the top flight. Speaking about the new director of football, Radrizzani said:

“I have been impressed by his knowledge of the game, his extensive scouting network and his desire to help us achieve our objective of getting Leeds back to the Premier League.”

INVESTING IN THE SQUAD

Last week, we wrote about three Leeds transfer targets. It speaks volumes about the efficiency and competence of the club’s new ownership and management team that one of those targets is already a Leeds player. 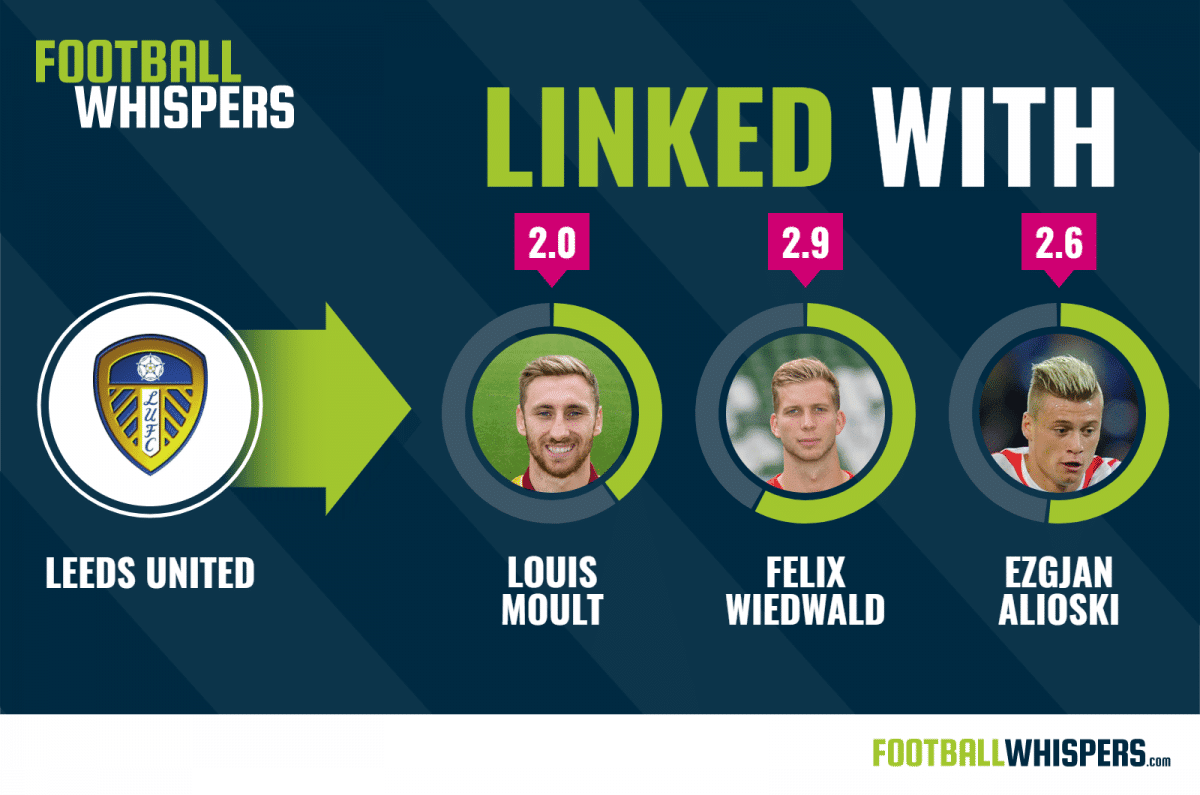 “He’s an exciting addition to the squad, with the ability to create and score goals. A player needs certain things to succeed in the Championship and we believe Mateusz has the quality and physical strength that will improve our squad.”

Evidently, Radrizzani has not simply brought in effective people to run Leeds’ recruitment policy, but he has backed that up with financial capital. And rumours continue to abound regarding Samu Saiz and Esgjan Alioski, meaning the club’s summer dealings are far from over.

Rather than rush the decision, Radrizzani reacted calmly to Monk’s departure. A patient and meticulous approach was taken to appointing the next Leeds head coach before Thomas Christiansen was brought in.

And the new boss is symbolic of the club’s fresh direction – he’s relatively unknown to English football, but has an impressive managerial CV to date having succeeded in Cyprus with two different teams, winning silverware in the process.

“We wanted to appoint someone who can help us create a winning culture at the club and unite everyone connected with Leeds United, from the players to the supporters, ultimately taking the club back to where we all feel we belong.”

Christiansen may not be the big-name manager some fans would have wanted, but his appointment only backs up the feeling that under Radrizzani Leeds have wider and longer term ambitions in mind. The Spanish boss is expected not simply to win, but to institute an ethos that fits the club and its aims.

Prior to announcing the purchase of Elland Road, it was confirmed that Leeds Ladies would become Leeds United Ladies once again. The women’s team will train at Thorp Arch and wear the same kit as the men’s first-team.

The move is seen as a positive step both for the team, who will benefit from greater backing and hopefully entice more local players, and the club, whose appeal can only be bolstered by returning to the women’s game.

“A unified Leeds Ladies team means that not only does the city have a women’s team who will represent them and wear the badge with pride but a team which girls and the young female football players of Leeds can look up to and emulate.”