It should have been Ciro Immobile’s day. Having returned from ill-advised stints with Borussia Dortmund and Sevilla, the Italian international had returned to Torino, the club where just a season earlier he had plundered 22 goals in 33 appearances. That tally saw him become the first Granata star since Francesco Graziani in 1976/77 to be named Serie A’s top scorer.

On a bright but chilly January afternoon the former Capocannoniere season was welcomed back to the Stadio Olimpico by the vociferous home support, who chanted his name repeatedly in the build up to the meeting with Frosinone. Their faith in the striker was rewarded after just nine minutes, Immobile netting a well-taken penalty beyond visiting goalkeeper Nicola Leali, even after being forced to retake it when a number of players encroached into the area.

Yet while the Italy international had his moment of glory, the game would soon belong to one of his team-mates as Immobile quickly discovered that this was a very different Torino side to the one he left behind. A raft of recognisable names including Matteo Darmian and Alessio Cerci were no longer around, instead Giampiero Ventura had filled the team with young hungry players, eager to prove they could comfortably carry the weighty history of the Granata. 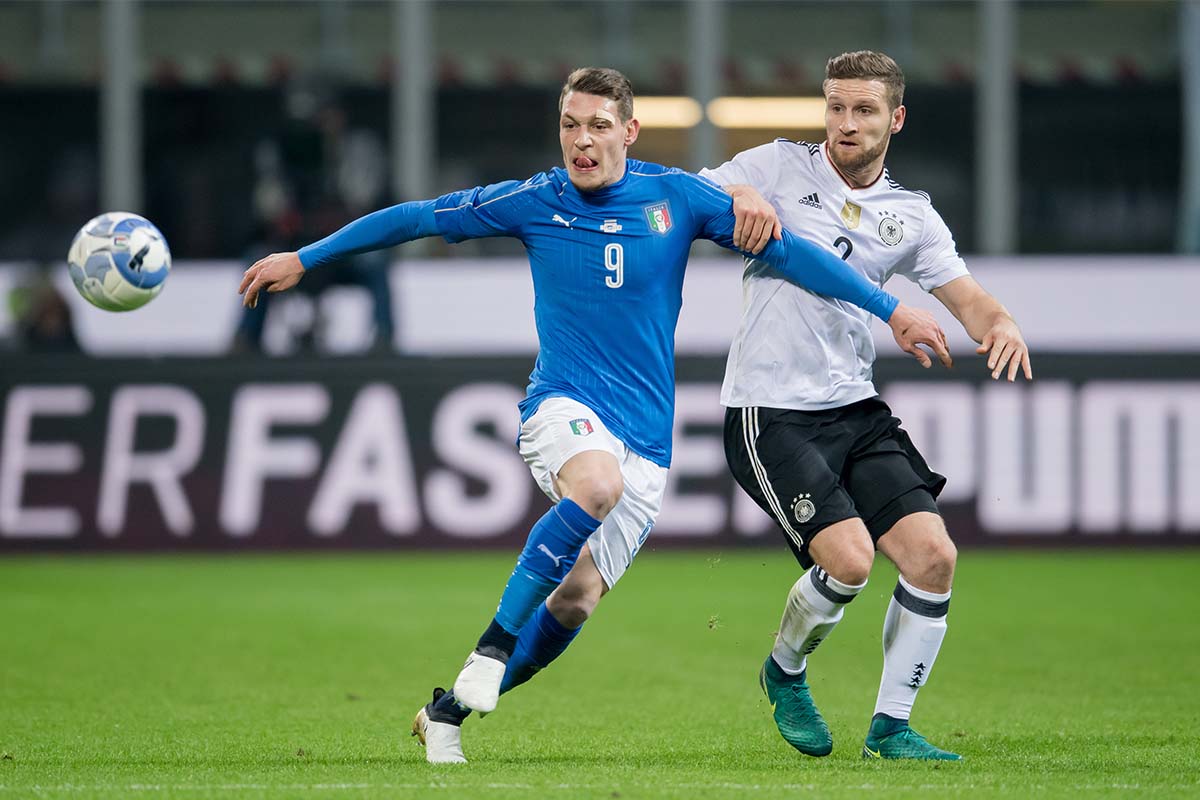 When Bruno Peres picked out the returning hero with a wonderful cross from the right flank, Immobile could have secured the glory with a header, only to find Leali was equal to his effort. The same could not be said of Andrea Belotti, the young forward nipping in to smash home the rebound and running off to the corner flag.

As he had done for some time, he did so while waving his hand above his head in a what has become a trademark, all thanks to a lifelong friendship. Juri Gallo’s surname – which is Italian for “the Rooster” – inspired the celebration and is now also Belotti’s nickname. “When he joined Palermo, he called me in tears at 3am,” Gallo told Il Giornale di Sicilia, “he just wasn’t ready to be that far away from home.”

The two men grew up together near Bergamo, but the 2013 move to Sicily did not go well for the striker. He scored just 16 goals in 62 appearances, stuck on the bench as the likes of Paulo Dybala and Franco Vazquez shot to prominence, leading to the Rosanero selling him to Torino in August 2015 for a fee of €7.5 million.

Clearly talented, he also laboured during his early months in Turin, netting just one league goal before Christmas. The team needed goals and turned to Immobile, hoping he could recapture that sparking previous form, but instead they injected a new lease of life into Belotti who shrugged off competition from Fabio Quaglirella and Maxi Lopez just to get into Ventura’s first choice XI.

He would bag a second goal in that clash with Frosinone, running onto a perfectly timed through ball from Marco Benassi and again leaving Leali with no hope of making a save. Between that fixture and the end of the campaign he had scored eleven goals, and the 22 year old has begun the current campaign in similar fashion.

Involvement in the Under-21 European Championships in the summer of 2015 was blamed for his poor start last term, but a full pre-season under new Torino boss Siniša Mihajlović has clearly pushed him to a new level this term.

“He never saves his energy and he'll play full-back if I ask him to, but if he finds himself in front of goal, he's ruthless,” the Coach told the Corriere della Sera recently. “I've been lucky enough to meet his parents. They're honest folk and Andrea seems like a guy from a bygone era. He once said in an interview that he wanted to make enough money so his mother no longer has to work.”

That feeling that Belotti is something of a throwback is inescapable whenever he takes to the field and what stands out most is that – much like Christian Vieri – he is a very un-Italian striker. Tall and strong yet deceptively quick, he can choose to bully a defender or beat him for pace depending on the situation.

The speed at which he moves around the pitch is tormenting Serie A’s notoriously well-drilled defences, many unable to track his superb runs off the ball. Belotti’s passing is much improved, WhoScored.com showing that only Mohamed Salah and Alex Sandro have created more clear scoring opportunities for their team-mates than Belotti’s current tally of 29.

But it is his goalscoring form that continues to grab attention and he has been nothing short of sensational with his ten goals and three assists so far coming in just 1001 minutes of action (11 starts, one sub appearance). Belotti has struck against AC Milan, AS Roma and Inter already, while a derby clash with Juventus looms on the horizon.

He has carried his rich vein of form into the international arena, netting three goals in five games for the Azzurri since his debut in September, but like any real striker and again reminiscent of the great players of yesteryear, Belotti isn’t looking for style points. Four goals have come by his favoured left foot, plus three each with his right foot and head, simply because he doesn't care how he scores, as long as the ball ends up in the back of the net.

10 – #Belotti is the only player in the top-5 Euro leagues to have scored 3+ left-footed, 3+ right-footed goals and 3+ headers. Complete.

“The joy is the same whether it’s a bicycle kick or comes off your backside,” he told La Gazetta hello Sport. “You’ve got to create a relationship between yourself and the goal to get goals into your blood. It creates an energy inside of you that you would like to release all the time, only you can’t. It’s a magnificent feeling, particularly for the reassurance it gives you. For a striker, it’s the meaning of life.”

He has certainly done that, hitting the target with 59% of his attempts this term and the squad depth of many teams meaning that Torino’s star striker has a chance of emulating Immobile and walking off with the Capocannoniere trophy. The club have revealed that a new contract has been agreed and signed by the player which – along with the value of a release clause for the striker – they intend to announce in the coming days.

With “The Rooster” now crowing loudly for the Granata, that is unlikely to deter interest from Europe’s biggest clubs. Andrea Belotti and his goals have their attention.