It may have taken a decade but André Villas-Boas is finally fulfilling his coaching promise.

After two years away from football, most notably fulfilling a life-long ambition to compete in the Dakar Rally, the Portuguese tactician returned to the dugout in the summer with Marseille. Their decision to appoint ‘mini Mourinho’ is paying off.

With just 12 games of the Ligue 1 season remaining, Marseille are eight points clear in second position. They may not be rivalling Paris Saint-Germain for the title but they look a shoo-in for Champions League football next term.

In the three seasons prior to Villas-Boas’ appointment, Marseille finished fifth (twice) and fourth. However, the money tree had started to look a little bare and key players departed. It was still an intriguing project but by far the trickiest of Villas-Boas' career to date.

An ageing squad and a limited budget meant Villas-Boas had to go back to basics. He wasn’t able to replicate the swashbuckling tactics of his Porto days and he didn’t have the star names to produce moments of magic with any regularity.

Instead, the 42-year-old had to make Marseille difficult to beat. It’s a far cry from how he made his name in football.

Heading into the 2010/11 campaign, very little was known about Villas-Boas outside of Portugal. He was part of José Mourinho’s backroom staff at FC Porto, Chelsea and Internazionale before leaving his compatriot's side to become manager of Académica.

He arrived in October 2009 with the team rooted to the bottom of the table. The young coach guided them to an 11th place finish, just six points shy of seventh-placed Nacional.

Domestically, Villas-Boas made quite the impression. According to reports, Sporting and Porto courted him before he settled on a return to the Estádio do Dragão. The 2009/10 season saw the Dragões finish third, eight points behind champions Benfica and three behind surprise package Sporting Braga.

Very few expected the man dubbed ‘the next Mourinho’ to instantly transform the club’s fortunes. In his first full season as a manager, Villas-Boas claimed the treble. Porto went unbeaten in the league, only the second team to have achieved such a feat at the time, and the then 33-year-old became the youngest ever manager to win a European trophy as his side went on to lift the Europa League.

Despite being a Mourinho disciple, the playing style preached by Villas-Boas was the polar opposite of his mentor's. Porto didn’t eke out results, they dominated. They finished the campaign averaging 2.43 goals per 90 while conceding just 0.53. 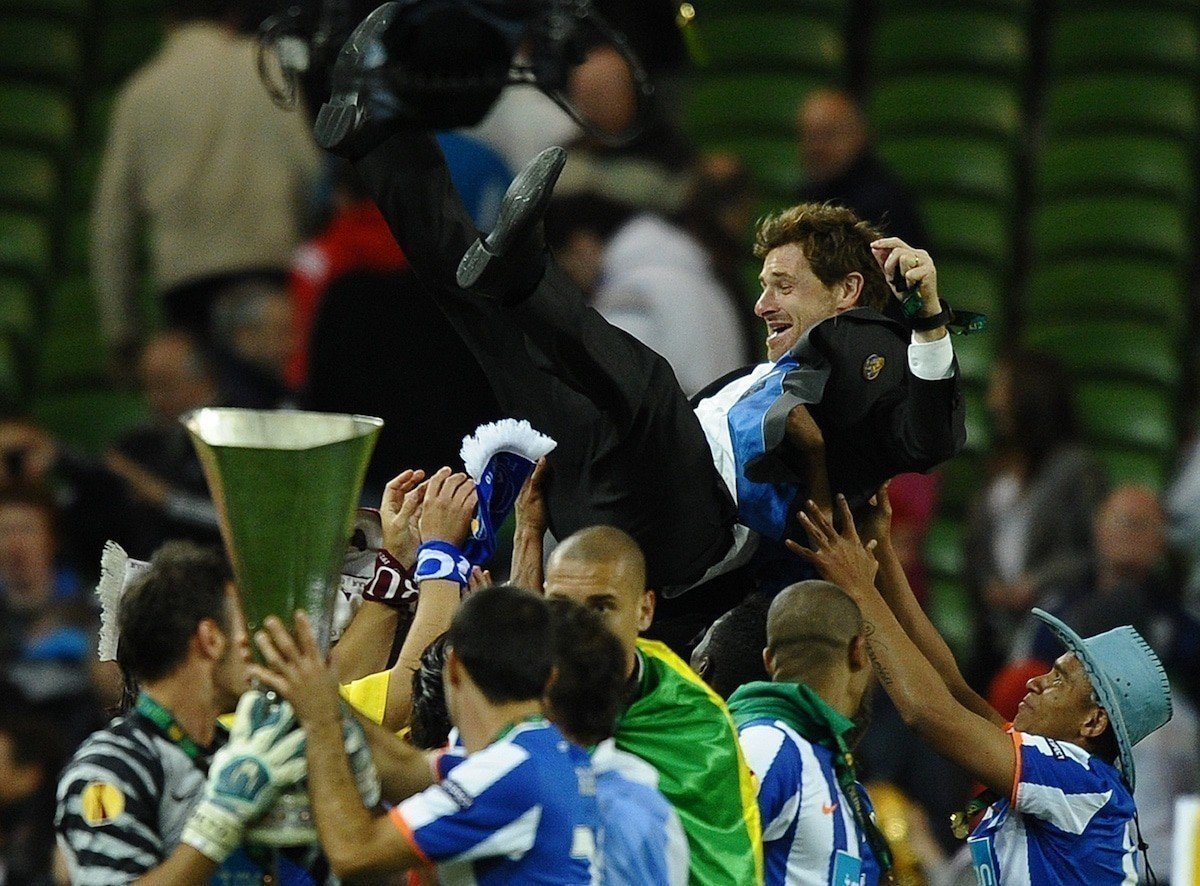 Villas-Boas’ side hit 14 goals in six Europa League games and then 22 in their six knockout matches.

In all competitions, Radamel Falcao and Hulk shared 74 goals with James Rodríguez, Fredy Guarín, João Moutinho and Cristian Rodríguez all excelling as members of the supporting cast.

Marseille, on the other hand, are averaging 1.38 goals per 90 this term. They’ve conceded 25 goals and kept 11 clean sheets, giving OM the third-best defensive record in the league. Essentially, this is very Mourinho-esque and Villas-Boas is showcasing his full repertoire as a manager.

With the Ligue 1 side unable to dominate, the former Tottenham Hotspur coach has pivoted to his man-management ability to get the best out his players and this mindset is playing a huge part in their impressive campaign.

Prior to Saturday's loss to Nantes, Marseille had been on a 14-match unbeaten streak in Ligue 1. During that run, they’d won 11 times. Man for man, OM aren’t the second-best team in Ligue 1. But their work ethic is what has elevated them into the position they’re in. 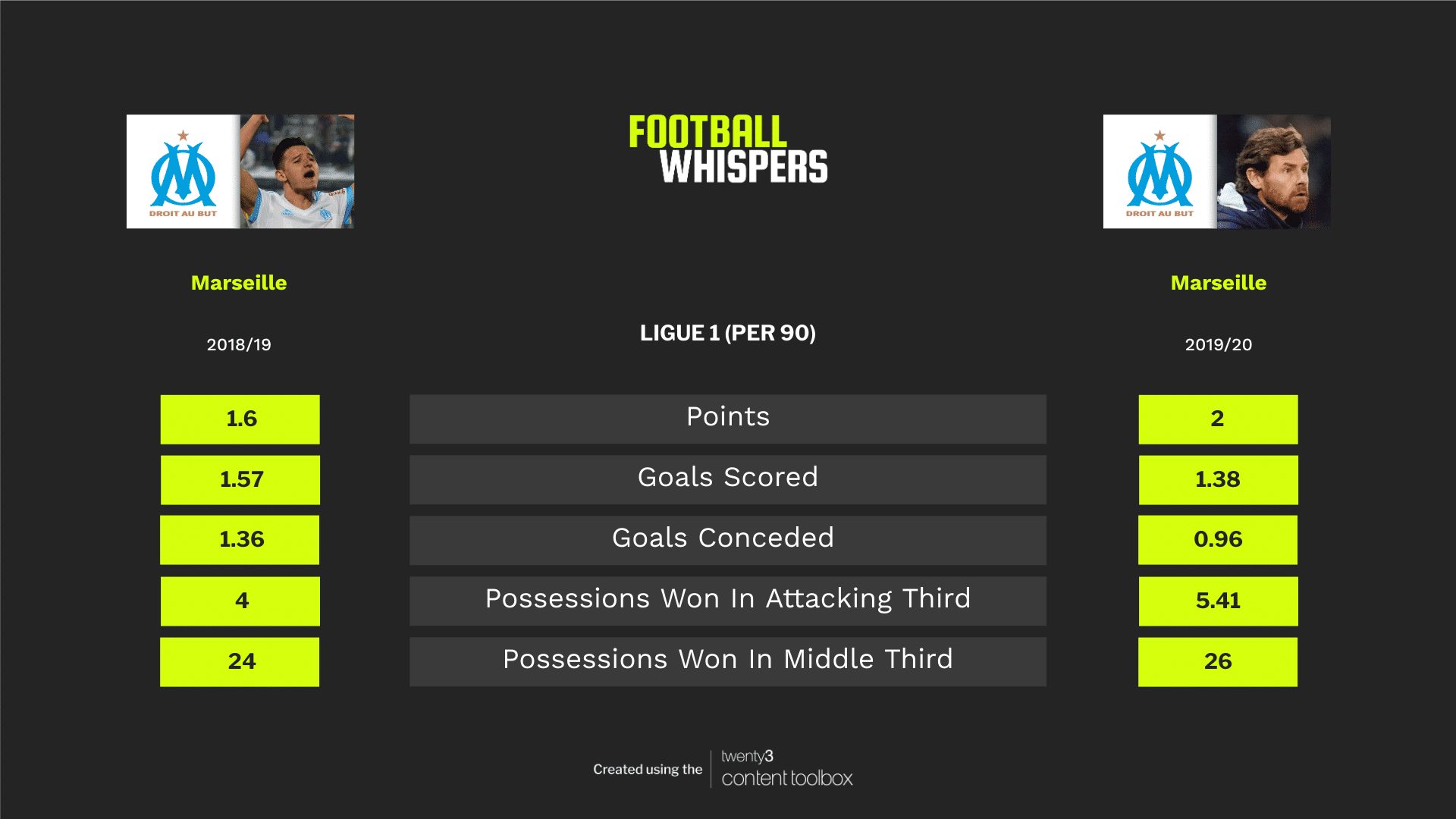 Croatian defender Duja Caleta-Car added: “We all feel very comfortable with him. We’re all very relaxed and, in these conditions, we can do a job.”

Without the injured Florian Thauvin, a man with 38 goals in 67 appearances for Marseille since making his loan move permanent in 2017, Villas-Boas has had to get creative with his attack. There’s no pure goalscorer within his ranks so to cover this loss he’s looked to share the goals around.

Payet and summer signing Dario Benedetto lead the charts with eight each. Nemanja Radonjić has chipped in with five while Morgan Sanson has four. Last season, only four players scored five or more in Ligue 1 for Marseille. With 12 games remaining, there’s potential for the team to surpass that total, showcasing just how well OM have adapted to being without Thauvin.

Remarkably, guiding Marseille to second place would be a career highlight for Villas-Boas. It's the first time since his spell in Portugal that he's been able to show the world his ability as a tactician and as a manager, away from the egos and the outrageous expectations that come with spending eye-watering sums of money.