Wolverhampton Wanderers were one of the Premier League’s success stories last season, as Nuno Espírito Santo’s newly promoted side finished seventh and secured Europa League football in their first top-flight campaign since 2011/12.

The division’s new boys impressed fans and pundits alike, with their swashbuckling style of play, marauding wing-backs and exciting strikeforce of Diogo Jota and Raúl Jiménez.

Their recruitment has proved intriguing too – the club’s Chinese owners, Fosun International, have focused their attention on bringing in players from Portugal, and there are currently 12 Portuguese footballers on the books at Molineux.

They could be joined by another of their fellow countrymen this summer if Wolves are successful in their attempts to sign Milan forward André Silva. Reports suggest that the Midlands side are competing with Premier League rivals Southampton for the frontman’s signature – if either club can meet the Rossoneri’s rumoured valuation of over £22million.

The question for Wolves’ supporters is whether the 23-year-old is the man to help them smash through the glass ceiling and break into England’s top six – a difficult challenge considering the status and wage budget of the teams who occupied those spots last season.

The 2019/20 campaign looks to have all the ingredients for an upset, however. Arsenal are operating on a reduced budget after missing out on Champions League football again, Chelsea have a transfer ban to contend with and an unproven manager in Frank Lampard, and Manchester United have looked far from convincing under Ole Gunnar Solskjær in recent months.

Could Wolves be set to break the established giants’ stranglehold on the top six, and is Silva the player to push them onto the next level in 2019/20?

Question marks over Silva’s goal record at the top level 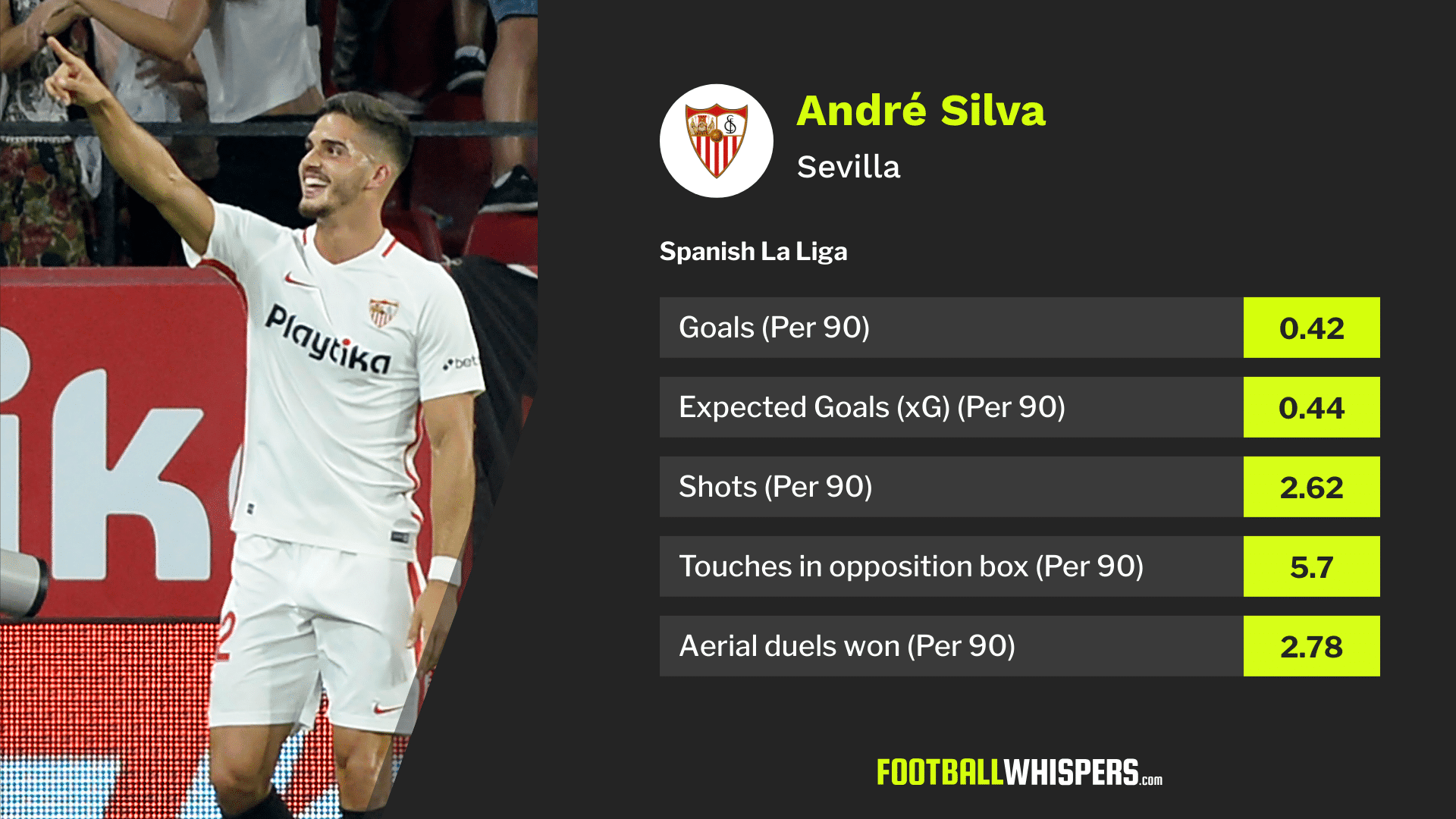 A £22million price tag would usually imply a striker has an impressive goal record in his career to date, so followers of Wolves may be somewhat disappointed by Silva’s output since his first professional appearance in 2013.

He made his competitive debut for FC Porto’s B team, where he found the net 24 times in 84 appearances across three seasons. The latter of those campaigns saw him step up to the first team and contribute three goals in all competitions, before enjoying his most productive season to date in 2016/17.

Silva scored 16 Primeira Liga goals with a further five in the Champions League, while also receiving his first international call up to the Portugal squad. That form saw Milan part with the sizeable sum of £34million to bring the youngster to San Siro, but it was while in Italy that the goals began to dry up. Despite scoring an impressive eight times in 14 Europa League appearances, it was a different story in Serie A as Silva only found the net twice during the entire 2017/18 campaign.

He again failed to reach double figures in the league while on loan at Sevilla last season, meaning his breakout year at Porto in 2016/17 stands out the only time that Silva has scored more than 20 goals in all competitions.

A record of 33 caps and 15 goals at international level does hint that the striker could hit his stride if the conditions are right, but there’s little doubt that he would be a relatively unimpressive addition to Wolves’ squad based on his goal record alone.

A chance creator with an all-round game

Luckily for Silva there is much more to his game than goals. A look at his statistics from LaLiga last season shows that there is plenty to be excited about if the Rio Tinto-born forward does end up in the Premier League next season.

When comparing Silva with other strikers in Spain’s top flight, it’s immediately apparent just how many chances he creates for his team-mates. Despite not directly assisting any goals, he created an average of 0.41 Big Chances per 90 minutes, which was the sixth best in the whole division. Silva was also ranked sixth for through balls per 90; a rate of 0.2 per 90 minutes is another indication that the frontman is always looking to create chances, even if he’s not the player who ends up with his name on the scoresheet.

Perhaps surprisingly a lot of the attributes that we would associate with a ‘fox in the box’ are evident in Silva too. All of his goals last season were scored from inside the area, and he had 1.53 shots from the centre of the box per 90 minutes – the ninth highest of any forward in LaLiga. He also won two penalties during the campaign, working out as an average of 0.08 penalties per 90 minutes he spent on the pitch. That’s the ninth highest among strikers and contributes to a sense that Silva’s performances could lead to more goals in the right environment.

There’s also enthusiasm to the defensive side of Silva’s game, with the Portuguese star attempting the fifth-most clearances of his fellow strikers last season (1.33 per 90) and ranking 11th for dispossessions (2.33 per 90) over the same period. It’s hard to ignore the fact that this is a player who works hard off the ball and will bring something more to his new team than solely attacking impetus.

Silva could make the difference at Molineux next season 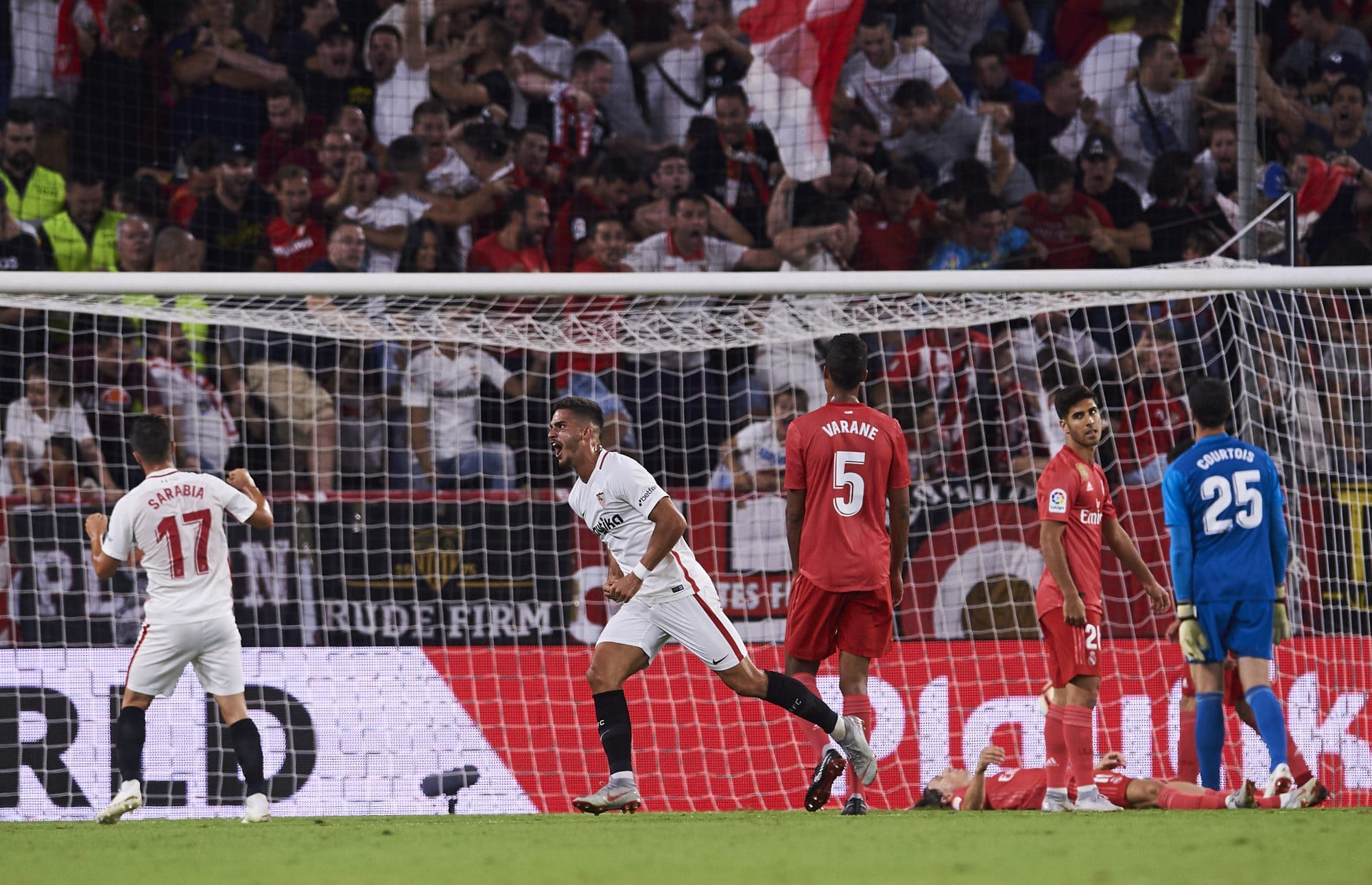 We often have a tendency to judge strikers by goals and goals alone, but Silva is a perfect example of how that kind of thinking can be erroneous.

He may not be the most free-scoring of forwards, but Silva’s statistics in and out of possession build a picture of someone who can improve Wolves’ team in more ways than one.

It’s also worth noting that his distinctly average goal record could easily improve when surrounded by the quality of attacking players in Wolves’ squad and a number of his countrymen – many of whom he will already be used to playing within the Portuguese national team set up.

In the modern era £22million no longer seems like an extortionate amount to pay for a player of Silva’s calibre, so it certainly feels like a gamble worth taking. If the Milan striker ends up recapturing his Porto form from a few years ago then he could be worth his weight in gold to Wolverhampton Wanderers next season.