At Valencia, André Gomes was linked with all of Europe’s biggest clubs. He was thought to be a Chelsea transfer target, but it was no surprise when he joined Barcelona.

Since arriving at the Camp Nou, it’s fair to say he hasn’t lived up to expectations.

The midfielder’s first season with the Catalan giants saw him play 47 times, scoring just three times, a level below what you would expect from someone at such a big club like the Blaugrana.

His second season with Barça hasn't been much better, with just two La Liga starts as he struggles to get into the team who look like an increasingly safe bet to clinch the title in Spain.

Perhaps unsurprisingly, that has seen him linked with a move away from Ernesto Valverde’s side, with the midfielder reportedly an Arsenal transfer target.

He was linked with the Gunners in the summer, but rumours have resurfaced after Don Balon claimed that Barcelona were willing to use the Portuguese as part of a deal that would see Mesut Özil return to Spain.

Born in Grijo, in the Porto district of Portugal, in 1993, Gomes spent time at Porto, Pasteleira and Boavista’s academies before joining the Benfica youth setup aged 18 in 2011.

He actually made his senior debut just a year later, although he was mainly used with the Benfica B side.

Gomes never made more than seven league appearances in his two seasons where he made first-team appearances for Benfica.

Despite that, he moved to Valencia on loan in July 2014. That move was perhaps not much of a surprise as in January of that year, he’d been sold to Meriton Capital Limited, the group which were in charge of Los Che when Gomes moved to Spain.

After that season-long loan ended, he moved permanently to Valencia, and carried on impressing in his second season, attracting interest from across Europe.

Eventually, it was Barcelona where he ended up, leaving Los Che after making 78 appearances in all competitions, scoring nine goals.

It rounded up a successful summer for Gomes, who was part of the Portugal side that won Euro 2016.

But his first campaign in Catalonia didn’t go to plan, with the midfielder not scoring until March, against his old side, Valencia, and he was named the worst signing of the season by Marca readers, although it does have to be pointed out that it is a Madrid-based publication, so there will, of course, be a bias against Barcelona.

And it hasn’t gone any better for him under Valverde, and he was reportedly a Tottenham Hotspur transfer target on deadline day.

That move didn’t go through, but perhaps he could still end up in North London anyway, just with their biggest rivals.

What are Gomes’ main strengths?

When on form, Gomes is more than capable of one-on-one dribbles, beating his man and picking out the right pass.

He tends to play relatively wide for Portugal, mainly on the left, and that's where he’s thrived.

When he has played there for Barcelona, it hasn’t quite had the same success. 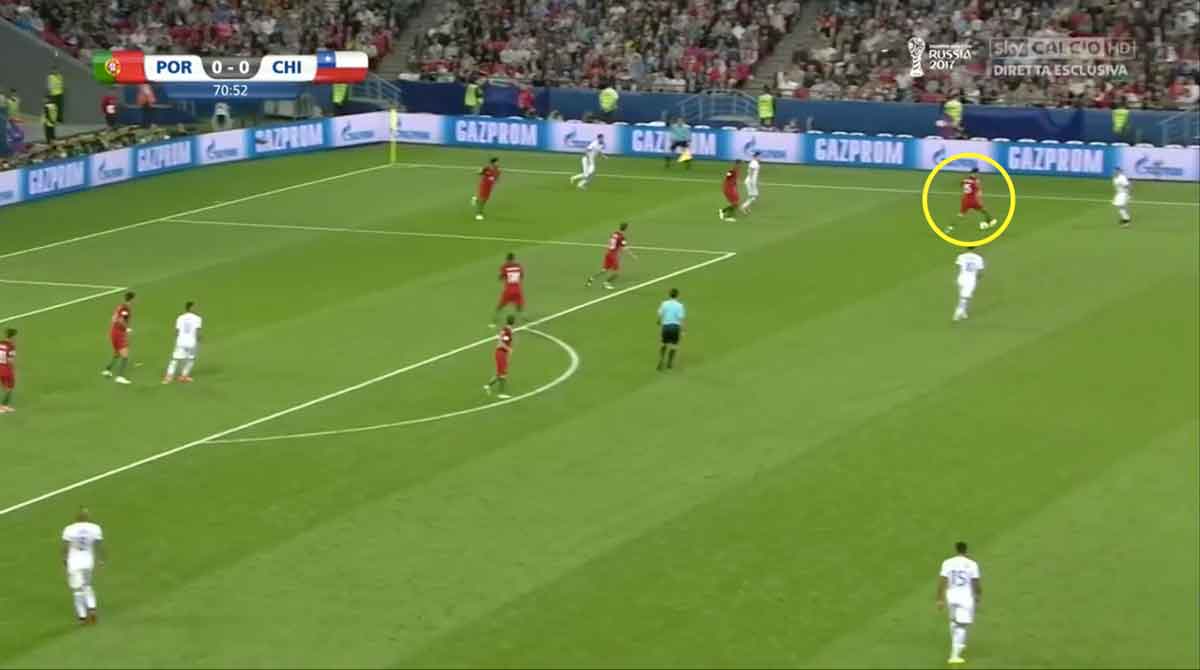 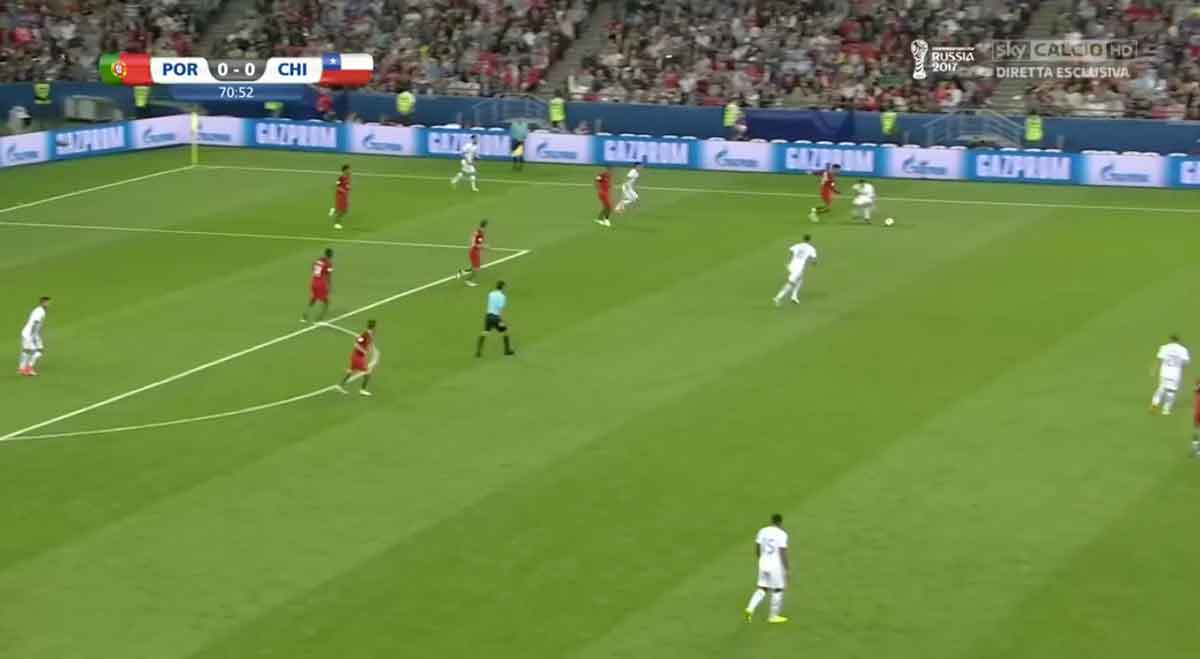 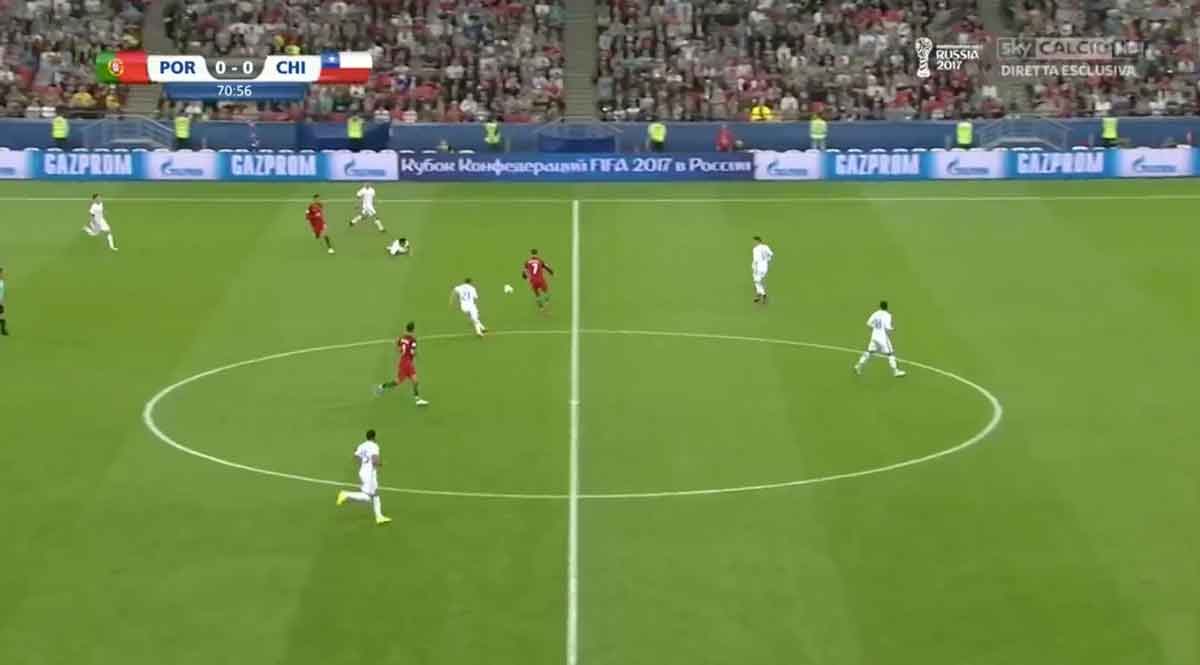 Above, you can see how he picks the ball up on the edge of the box while on international duty, beating his man, before playing the ball into Cristiano Ronaldo. 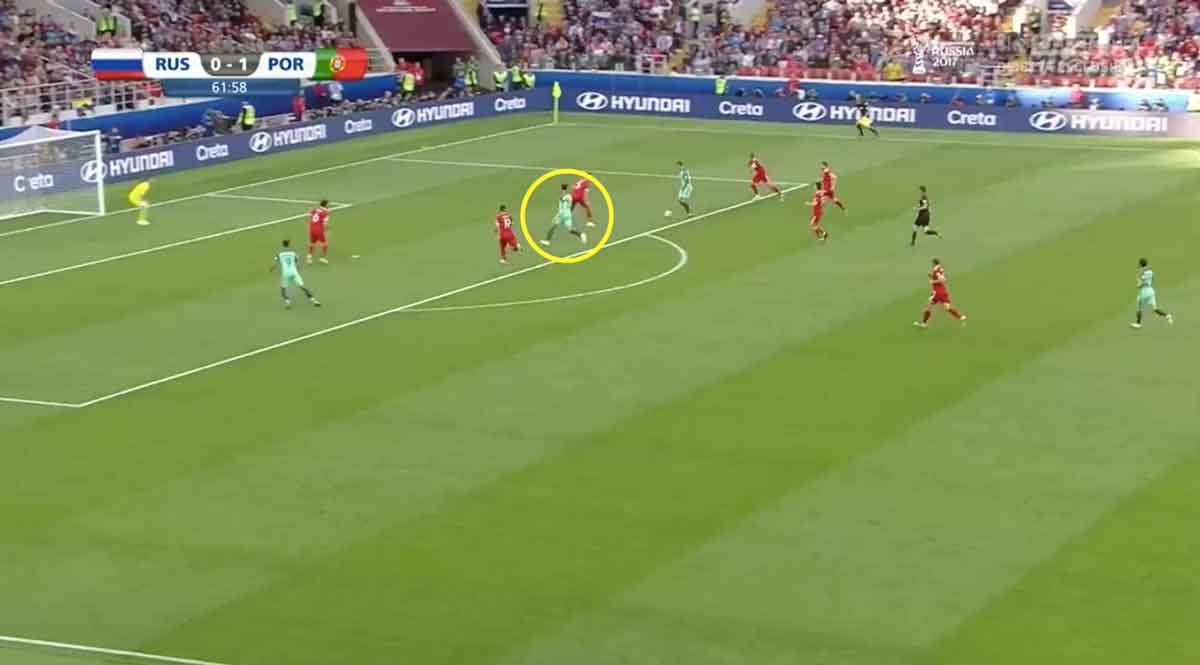 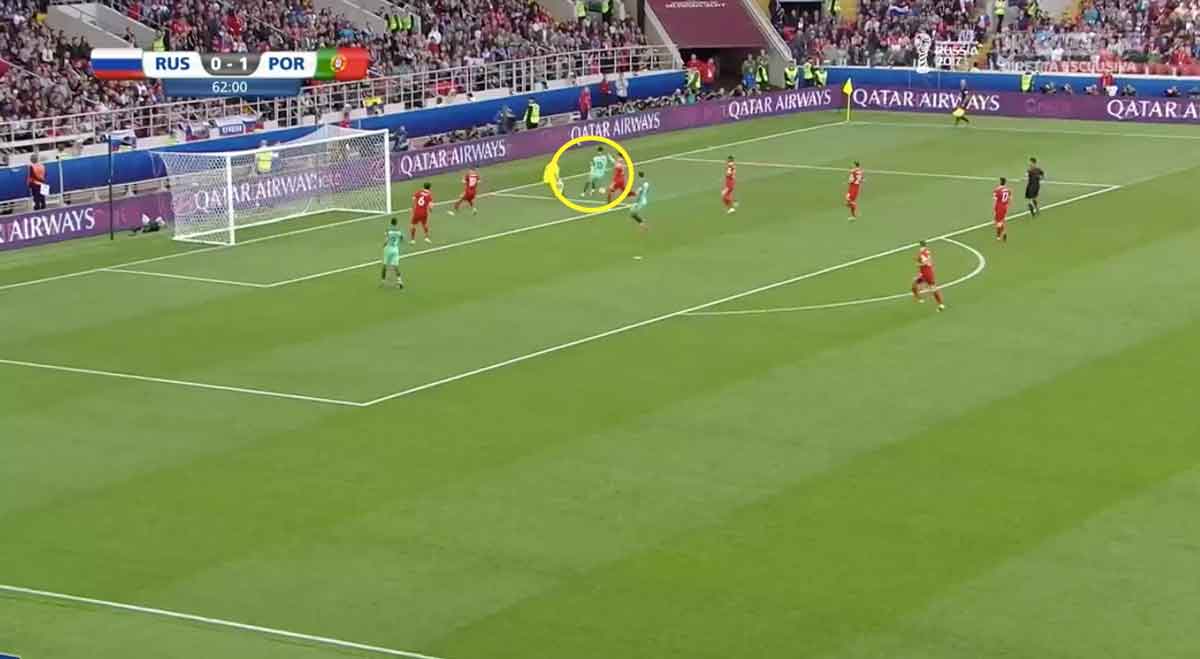 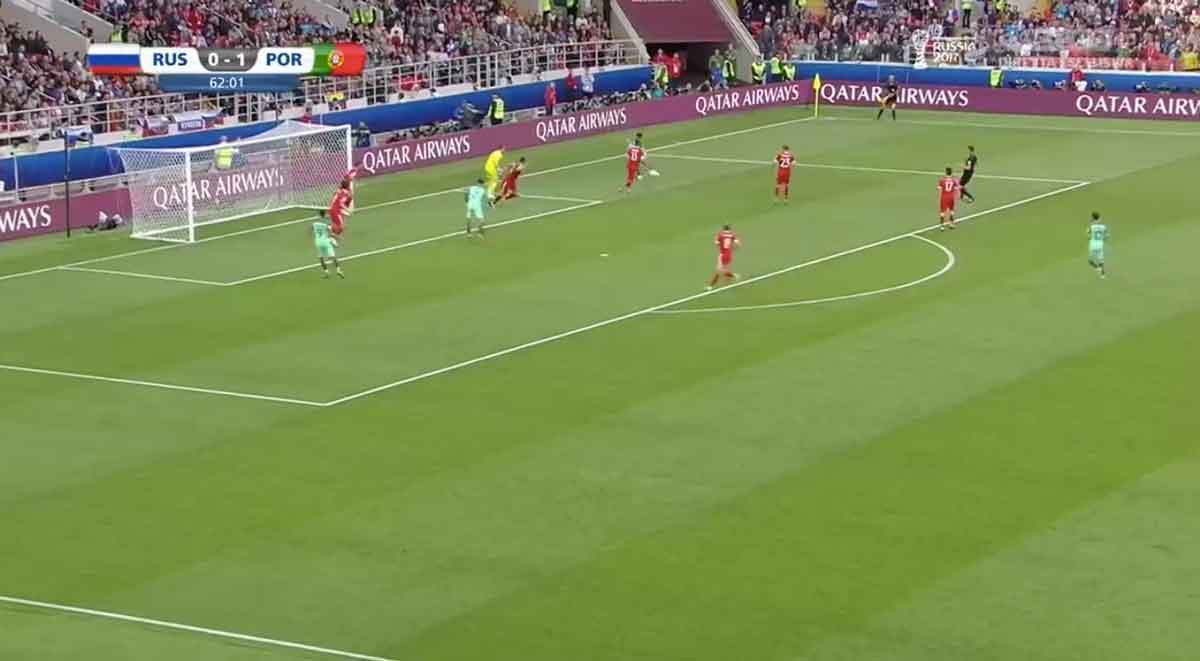 And his intelligence can also be seen above, where he makes the right run to stretch the opposition defence, before turning to leave the goalkeeper stranded and playing a lovely ball in for Ronaldo, who should score with his header, but he put it wide. 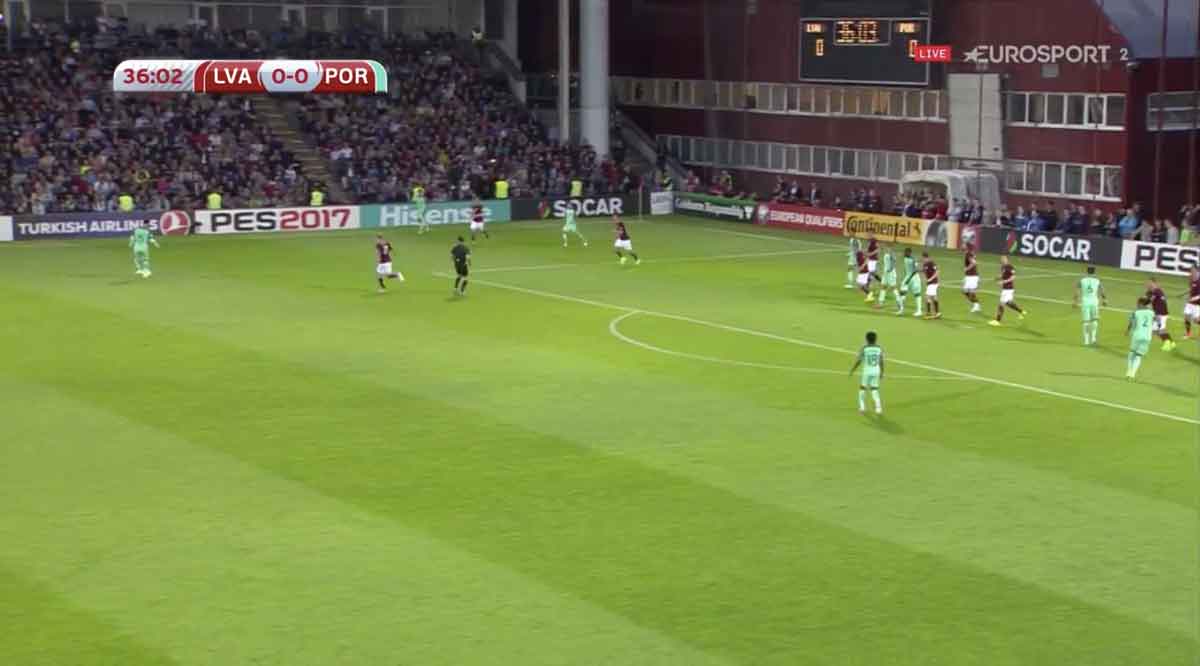 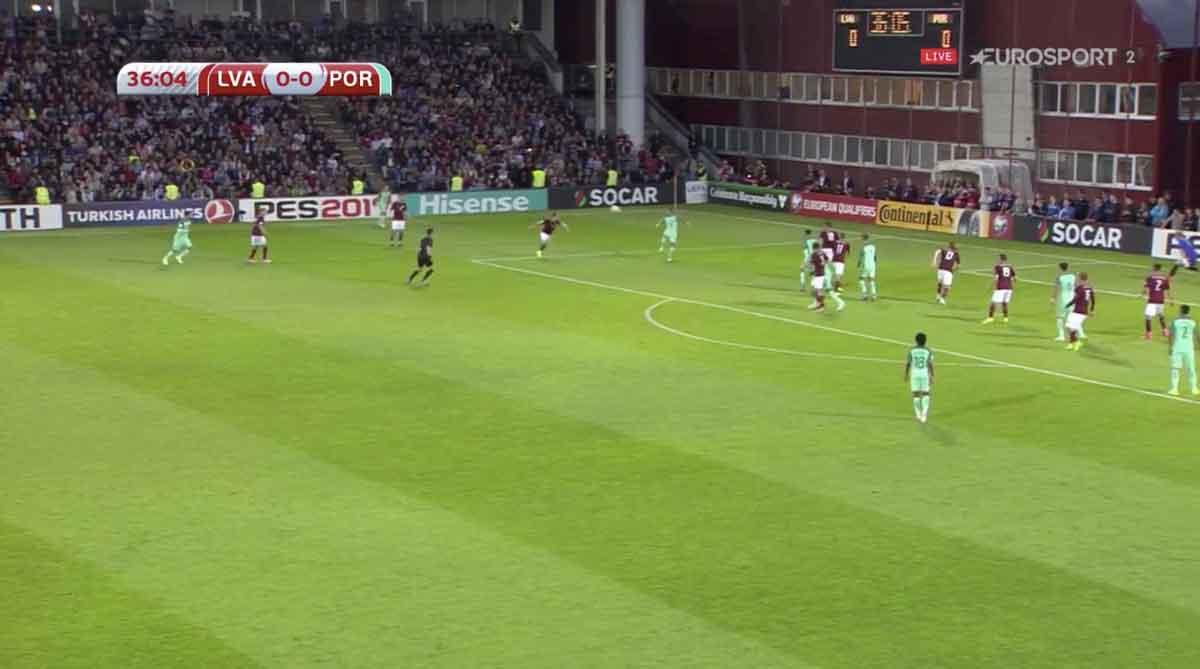 Once again, in the stills above, intelligence is a word you would use to describe what you’re seeing from Gomes.

While many players would aim a hopeless ball in the box from his position above, he thinks and chips a clever ball into a team-mate free, away from the crowd, giving a better position for a dangerous chance for his side. 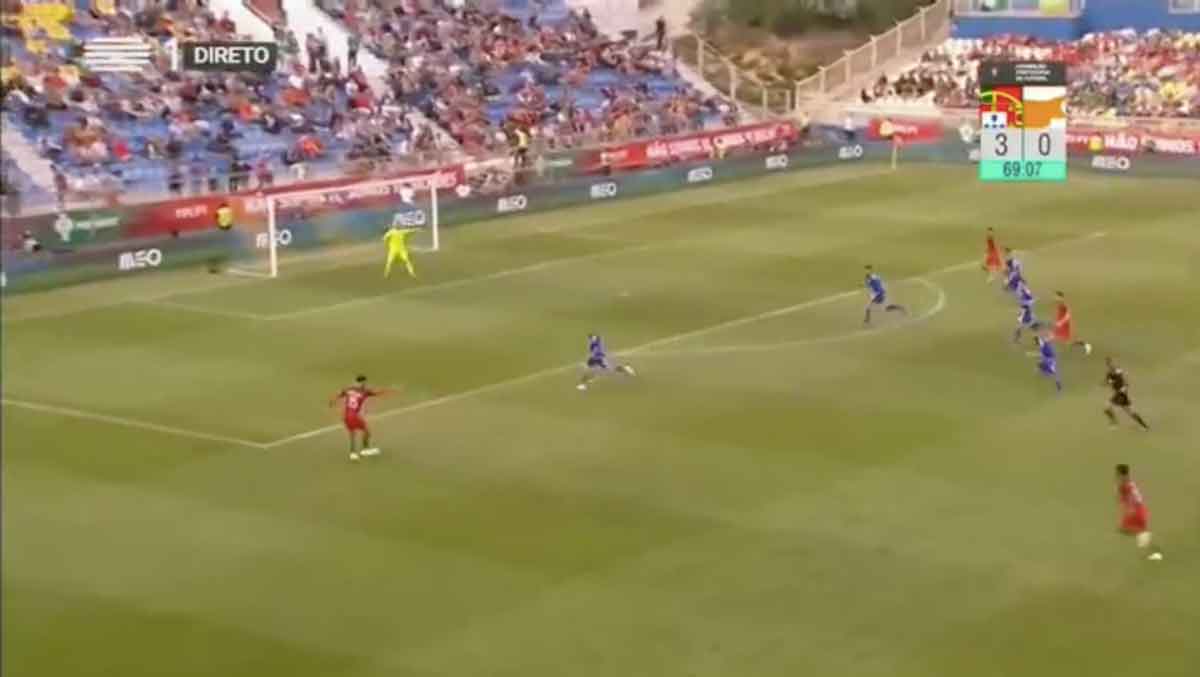 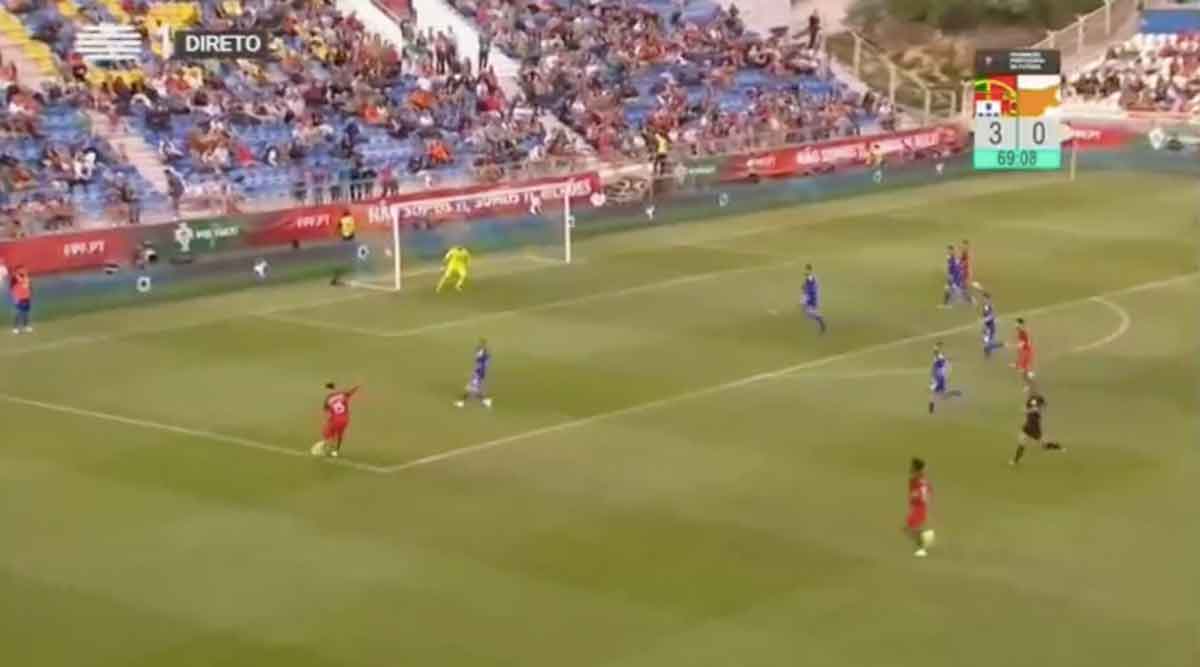 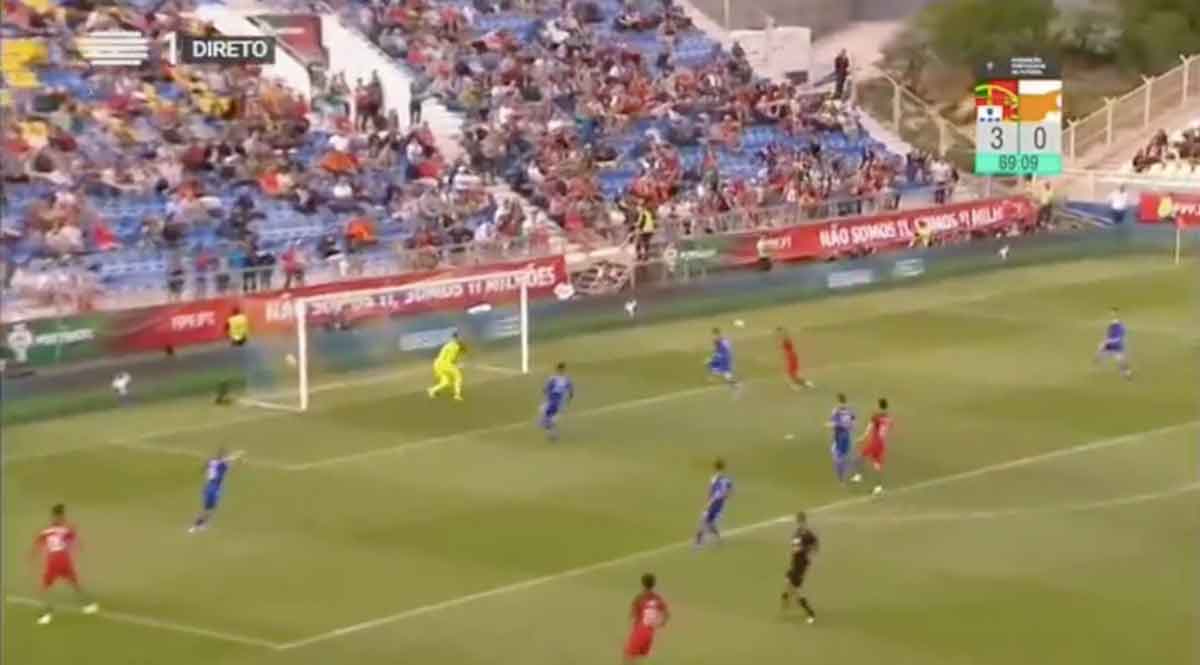 Although he is right-footed, he is capable of a decent cross with his left foot too, as he showed against Cyprus, hanging wide in the space, to put in a perfect ball for his team-mate to head home.

The problem is, due to being low in confidence, he’s not been able to show much of this at Barcelona.

What are Gomes’ main weaknesses?

To start with, he is yet to have a shot on target in La Liga this season.

While he obviously hasn’t had much game time and has only managed four shots, you would have hoped he would have done better in his limited minutes.

Last season, when he featured more, it was only at 50 per cent – he’s hardly a goal threat for an attacking midfielder.

What’s more, his tackling also leaves a lot to be desired, winning 25 and losing 46 last season – for a midfielder he needs to improve with that, especially if he plays out wide, to offer protection to his full-back.

And despite him clearly having the ability to pick out a pass, for his club, he’s averaging less than a chance created per 90 minutes – 0.44 so far this season and 0.73 last season.

Yet in his final year at Valencia, his shot accuracy was slightly higher – 54 per cent, and he created 0.99 chances per 90 minutes.

The 25-year-old clearly has the ability, but he needs to leave Barcelona to find his form again.

The longer he stays at the Camp Nou, the more his potential will remain unfulfilled, and he could end up being disappointed when he looks back on his career.

How much is Gomes worth?

His contract runs until 2021 and he has a buyout clause of €100million, but there’s no way the Portuguese midfielder would cost that much.

There was talk of Spurs getting him for as little as £20million as Barcelona look to offload him, but that would be a surprise.

You would imagine that despite being out of favour, they would want to recoup a similar fee to what they paid for him, which was €35million, plus €20million in add-ons.

It’s doubtful all those add-ones will have been completed, so a fee of around €45million should be more than enough to secure his services.

Undoubtedly Gomes shows talent, but as Arsenal look to return to the Champions League, they need players that are full of confidence coming into the team.

He needs a team that can nurture him and allow him to be a passenger for a few matches while he gets up to speed.

Perhaps he would be a better signing in the summer, but if he replaces Özil, someone, who fairly or unfairly, has a reputation for being lazy and not doing enough defensive work, he’ll automatically be compared to him.

He is also not the best defensively and at the moment is considerably less creative than the German. The 25-year-old wouldn’t be an upgrade at the moment.