One of the Copa del Rey matches scheduled for Wednesday is the Andratx vs Sevilla duel, so check our preview of this match if you wish to know more about it.

Our best Andratx vs Sevilla betting tips and predictions

If you are not sure what is the right bet for Andratx vs Sevilla, check our top betting tips for this match:

Sevilla to Win with Handicap (-2)

When a team from La Liga is due to meet a team from Segunda RFEF, the fourth rank of football in Spain, it's clear who the favourite is and the only question is how convincing will the win be.

This is especially true in this case since the team from La Liga is Sevilla, who is having a great season in the league since they are currently in second place in the standings. So, we expect a convincing win for the guests, at least by three goals.

Over 1.5 Total Goals in First Half

We already said that we expect Sevilla to win this game by three or more goals, so we also expect to see at least three goals in the game. However, the odds on this market are pretty low, so we suggest betting on total goals in first half.

After all, we expect Sevilla to come out strong and try to secure a win as early as possible. With that in mind, our prediction for this match is for us to see at least two goals in the first half.

If you don't like the odds on this match, you can check out the correct score market since the odds on it are always pretty high and rewarding.

Of course, the risk is also pretty high since it's very difficult to guess the correct score on a game. In any case, we expect a convincing win for Sevilla, so our prediction is for the guests to win this game 3-0.

The best odds and helpful stats for Andratx vs Sevilla

If you are looking for the top Copa del Rey odds, you can find them right here – including the odds for Andratx vs Sevilla:

Andratx vs Sevilla preview: Can Andratx surprise us all?

With three losses and two wins in the last five games in the fourth rank of Spanish football, Andratx is currently not in the best of forms. Still, the team is close to reaching the playoffs of Segunda RFEF since they are currently only a couple of points away from the first team in the playoff spot. In addition to this, Andratx did well in the last round of Copa del Rey since they eliminated the favoured Real Oviedo with a 2-1 win at home.

Despite the fact that they will continue their European journey in Europa League after they finished third in their Champions League group, Sevilla can be happy with the season so far since the team is doing great in La Liga where they are second after nearly half of the matches played. Sevilla also reached the second round of Copa del Rey after they beat Cordoba in the last round, although they did struggle and needed extra time to get the win.

Frequent questions for Andratx vs Sevilla 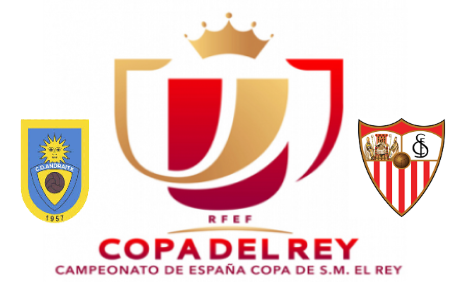