Anderlecht host KV Oostende at Lotto Park on the opening weekend of the new First Division A season on Sunday, July 24th. Felice Mazzu takes charge of Anderlecht for the first time in a competitive fixture. Read our free predictions and find the latest odds for the fixture below in our detailed match preview.

Anderlecht are favourites to start the new campaign with a victory at KV Oostende’s expense on Sunday. Read our top predictions for this weekend’s fixture below.

A new era begins at Anderlecht on Sunday when recently-appointed Head Coach Felice Mazzu takes charge of the team in a competitive fixture for the first time and with the Lotto Park atmosphere certain to be hot, excitement is anticipated in Brussels. Seven of the last eight league meetings between Anderlecht and KV Oostende have produced over 2.5 goals and we’re tipping this weekend’s opener to follow suit.

27-year-old attacker Benito Raman has plenty of competition up front this term after Anderlecht’s busy transfer window, though the ex-Schalke man should be handed a starting berth against a team he performed so well against last season. Raman scored both home and away against KV Oostende in 2021/22 and that record means he is worth backing in the anytime goalscorer stakes again here.

Top Betting Odds and Stats for Anderlecht vs KV Oostende

Makes sure to check out our list of the best stats for Sunday’s match below alongside a tool to help you choose the best odds.

Read all of the latest injury updates and team news for Sunday’s First Division A tussle between Anderlecht and KV Oostende below.

Anderlecht were busy over the summer strengthening their squad, especially in attack where they brought in Nilson Angulo from LDU Quito, Fabio Silva on loan from Wolves and Sebastian Esposito on loan from Inter. Popular attacker Joshua Zirkzee has returned to parent club Bayern Munich, however.

Oostende sold star centre-back Arthur Theate to Bologna in the summer, though there is hope that new signing Fanos Katelaris can help to fill the void. Tatsuhiro Sakamoto turned a loan move from Cerezo Osaka into a permanent one on the flank too. 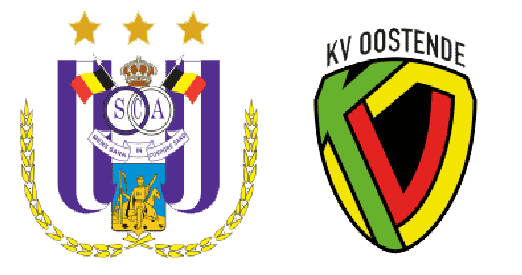 Anderlecht vs KV Oostende is not being shown live on TV.