Although the key goals have been scored by Marcus Rashford, and much of the focus has been on how Paul Pogba is finally fulfilling his vast potential, there is a strong argument to be made that Ander Herrera has performed as well as any Manchester United player under Ole Gunnar Solskjær.

But now, according to multiple reports, they could be about to lose him. The 29-year-old midfielder's current contract at Old Trafford expires at the end of the season and, despite recent rumblings of a new deal being imminent, it is claimed Herrera is close to agreeing a lucrative switch to French champions Paris Saint-Germain on a free this summer.

As well as being of significant technical and tactical value to United – being a fine passer and ball-winner, capable playing in various roles and supremely disciplined – Herrera is a committed and passionate individual who clearly enjoys playing for the 20-time champions and as such is somewhat of a fan favourite.

If he were to leave at the end of the season, his departure would be a blow for Solskjær (or whoever else is appointed permanent manager), and Herrera certainly doesn't number among the handful of players who United urgently need to move on if they are to improve. 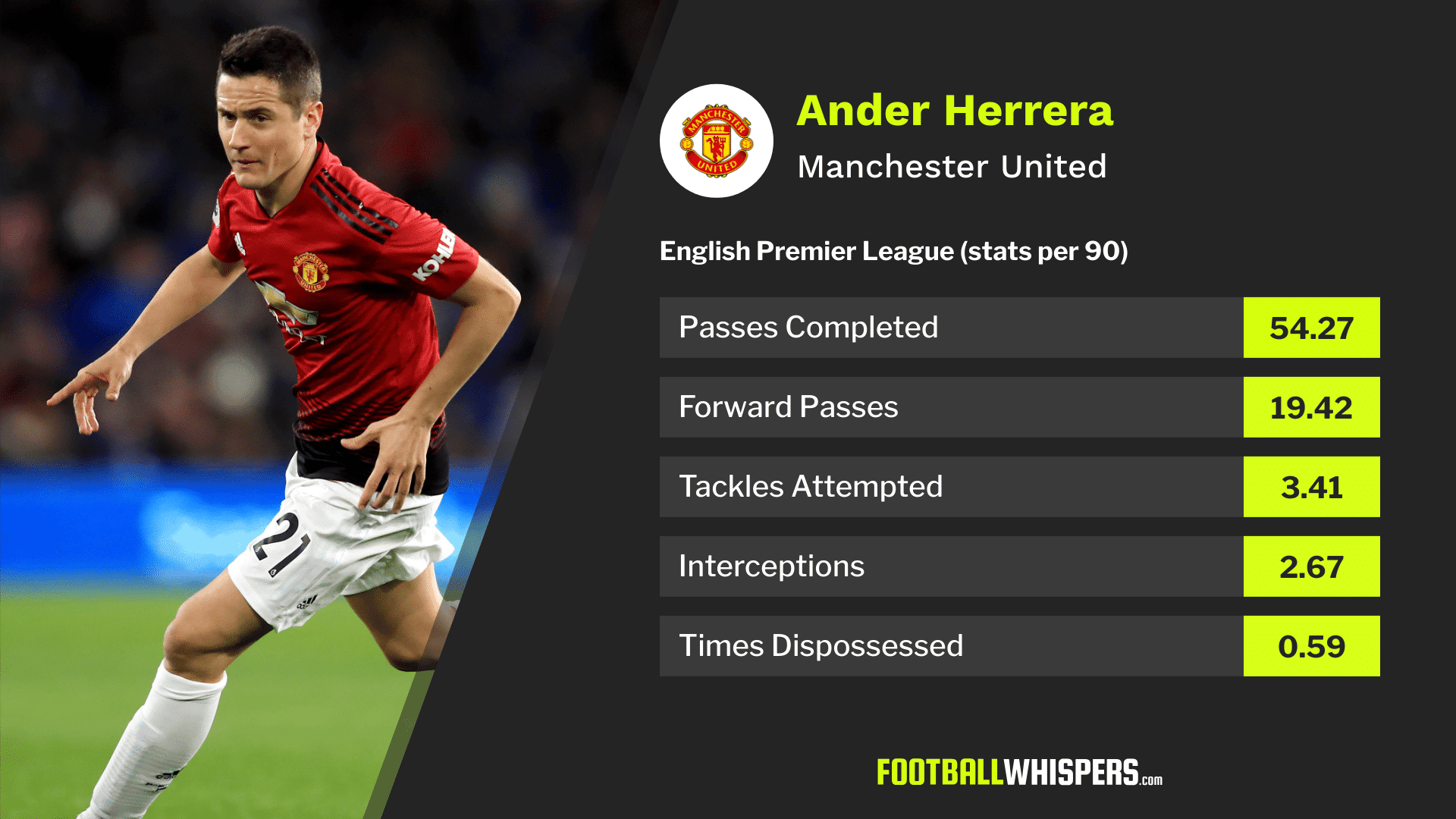 But United are in need of a midfield overhaul. If their aim is to re-establish themselves as genuine contenders for the game's biggest prizes, they would surely soon have been looking to upgrade on Herrera in their starting midfield. At present other areas of the squad are perhaps in greater need of attention, but the loss of Herrera would only accelerate a midfield restructure that is already overdue.

A lack of cogent thought and planning at board level has seen United's attempts at squad building fall desperately short of many of their rivals since Sir Alex Fergson's retirement in 2013.

There, at long last, appears to be a recognition that a director of football type is needed to oversee such matters in the near future. Had one already been in place, it is unlikely United would have found themselves in their current position of facing the potential free-transfer losses of Herrera and other prominent players (Juan Mata's deal also expires this summer, and even if the club triggers David de Gea's one-year extension option, they could still face losing their star goalkeeper for nothing in 2020).

But their weakness in central midfield predates Ferguson's departure: United didn't sign a single first-team central midfielder in the legendary Scot's final five years in charge, with the £30million summer 2007 spend on Anderson and Owen Hargreaves the last lick of paint the position received under Ferguson.

United have spared no expense in attempting to rectify this erstwhile neglected area of their squad since, but their efforts have been slapdash and yielded meager returns.

In the six years since Ferguson retired – if we include former British-record signing Ángel Di María, whose fleeting early stellar form at Old Trafford came when fielded in a midfield three – United have spent £356million on central midfielders, of whom Herrera, a £30million 2014 buy from Athletic Bilbao, is probably the overwhelming success story.

Pogba is the headline act of these midfield recruits, re-signed from Juventus in 2016 for a then-world-record £90million, and there is no doubting the Frenchman's pedigree, but United have thus far failed to adequately build their middle third around the World Cup winner.

Many have since left, and now Herrera and Mata's futures are in question. Matić is sure to remain, but the 30-year-old grows increasingly immobile in the deepest midfield position, and Fred continues to look a far cry from the £47million player United fought off Manchester City to sign.

Considering the money spent, United's midfield is inadequate, and the only way to remedy this is to keep spending, only more wisely, in search of the right balance and the necessary upgrades in quality.

Herrera, an experienced head and reliable performer, would ideally be retained to aid this transition, but it's a transition that needs to happen irrespective of his presence.