It didn’t take much for Leicester City to get Ainsley Maitland-Niles sent off in the Foxes’ 3-0 victory over Arsenal.

After eight minutes, the young right-back was shown a yellow card for a foul on Ben Chilwell. Just under half an hour later, a late challenge on Youri Tielemans put him in the referee’s notebook again, and off for an early shower he went.

The tackle on the Leicester full-back wasn’t one the Gunners youngster needed to make, as he lunged at the ball following his own loose touch. Co-commentators and coaches alike urge caution to players once they’ve been booked. Maitland-Niles didn’t heed these warnings.

But, as it turns out, most players do.

Football Whispers has looked into this and have found players are involved in fewer defensive duels after receiving a yellow card but are more likely to be successful when they make one.

This fits with the idea players pick their moments better, or are a little more cautious, when they know they’re just one wrongly-timed challenge away from a sending off.

Interestingly, Maitland-Niles didn’t become more cautious with his tackling against Leicester when on a yellow card, and neither did he in the previous game he was booked this season, against Huddersfield Town. Taking both matches together, he was successful in seven of his nine defensive duels before being booked. Afterwards, his success rate was just one in six.

Old heads learn from these errors in judgement, though, and there are few as old or as learnéd among Premier League defences as Vincent Kompany.

The Belgian has been booked five times in the league this term, which isn’t great. However, he tends to become more calculated after receiving a yellow, which is why he’s been successful in all nine of his defensive duels.

Yet for some players, their apparent recklessness prior to receiving a booking might be all down to tactical fouling.

Wingers like Pedro and Anthony Knockaert, for instance, have awful records before a booking (26 per cent and 17 per cent success rate in defensive duels respectively). 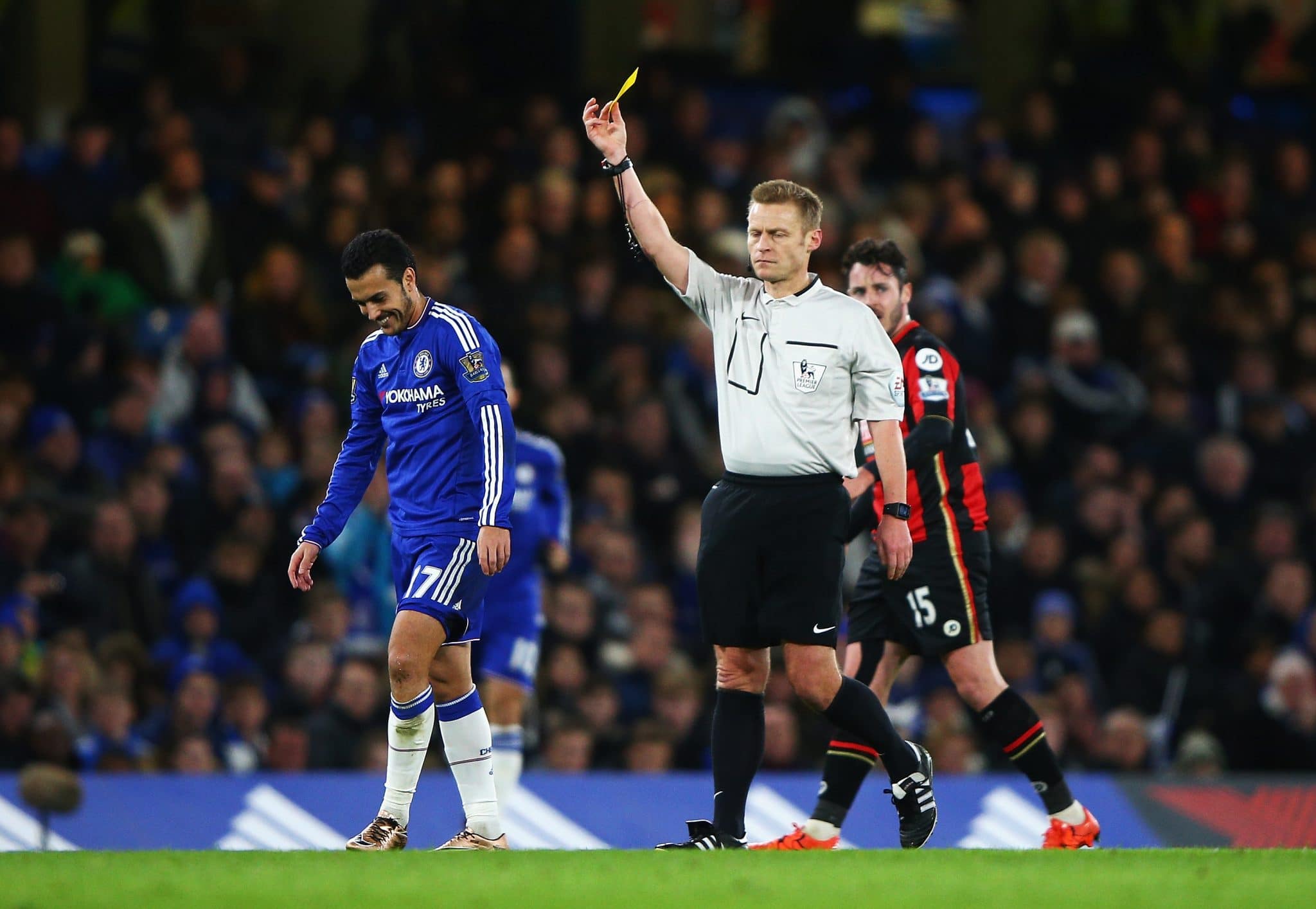 Once the referee’s taken their name, though, they jump up to an effective level (67 per cent and 53 per cent). That looks a lot like an instruction to ‘foul while you can get away from it, then take it easier’.

Knowing this information — both the general trend and player specific figures — has interesting implications for football. If these top-level players tend to sit back and pick their moments better when in danger of being sent off, maybe it isn’t worth an opposition side going out of their way just to target a someone on a yellow.

However, find a player — like Maitland-Niles or Crystal Palace’s James McArthur — who become less successful after a booking, then they’re ripe for targeting. And that’s either because they’re more cautious and are easier to get past, or they’ve lost their head and are in danger of further fouls.

Of course, it’s preferable for a player not to get booked in the first place. But if they do, it’s best to manage the situation effectively.
Studies have shown a red card on the hour-mark can be worth an average of 0.6 goals, with that figure going up the earlier a player gets sent off.

Yet as Arsenal found out, one of football’s old adages is not quite true: it isn’t, generally, more difficult to play against ten men. And that is why players seem to adjust their defensive game accordingly.