It’s safe to say that Burnley have found a strategy in the transfer market that works well for them. Currently, they reside 10th in the Premier League table, with a comfortable gap separating them from the dreaded relegation zone. Their success this season has been built on long-term foundations laid down by manager Sean Dyche, whose preference is clearly to bring in aspirational and talented Championship players.

This approach has enabled many Championship stars a route into the Premier League, and it has also allowed Burnley to build a team out of hungry, hard-working and ambitious players. Dyche’s side have a clear identity as well as a selling point to potential recruits—any second tier player who looks at the Clarets’ squad will see multiple success stories in Tom Heaton, Michael Keane, Jeff Hendrick, Sam Vokes and Andre Gray. This is perhaps what sold Robbie Brady and Ashley Westwood on their moves to Turf Moor.

Brady and Westwood signed for Burnley on transfer deadline day. In doing so both said goodbye to the Championship, leaving Norwich and Aston Villa respectively. Now they, like so many before, have an opportunity to establish themselves within Sean Dyche’s side and, more importantly, within the Premier League.

A BRIEF INTRODUCTION TO THE PLAYERS

Brady is a Republic of Ireland international who starred for his country during their progression to the second round of last summer’s European Championships in France, scoring the winner in the crucial group game with Antonio Conte’s Italy.

The 25-year-old came through Manchester United’s youth academy before breaking out as a professional during a four-year spell at Hull. He joined Norwich in 2015 for a £7 million fee and stayed with the club following their relegation from the Premier League last year.

Burnley signed Brady for a club-record fee of £13 million on January 31, only a few hours after they had completed the signature of Westwood from Aston Villa for £5 million.

Westwood came through the renowned Crewe Alexandra youth system and had to work his way up the leagues, starting in League Two. The 26-year-old was signed by Villa in 2012 for a reported fee of £2 million and remained with the club after their relegation to the Championship last season.

WHAT BRADY BRINGS TO BURNLEY 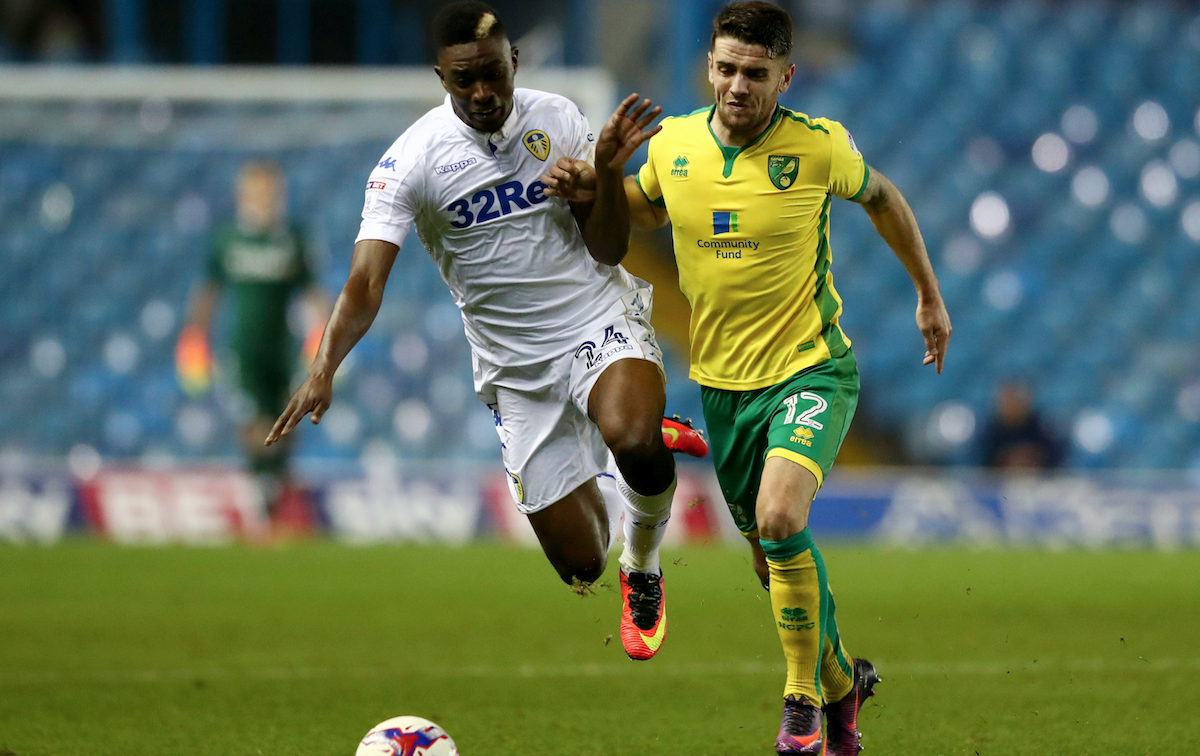 During his early years as a senior player, Brady operated primarily as a left winger, though in recent seasons he has been used as a left-back both at club level and internationally with the Republic of Ireland. While he is also capable of playing in other attacking positions, he excels down the left flank and will give Dyche another, more offensive option at left-back or a natural left-footed outlet on the left wing—at present, Burnley tend to play a right-footer on this side.

As well as providing the tactical option of greater width on the left-hand side, Brady is also a technically sound player who makes intelligent runs in attacking areas. He is fast and tricky with good dribbling ability and an adventurous streak, meaning he is more than able to cut inside and drive at the opposition’s defensive line when appropriate. An example of this is shown below, where he moves forward and infield to exploit the space available.

This season, 36 per cent of Burnley’s 25 Premier League goals have come from set pieces. With the aerial threat of Vokes, Ashley Barnes, Keane and Ben Mee they have made good use of a number of dangerous aerial outlets and, in signing Brady, Dyche hasn’t harmed this particular aspect of his team’s play—the Irishman gives good deliveries from corners and free-kicks and is also presents a goal threat of his own in such situations.

WHAT WESTWOOD BRINGS TO BURNLEY 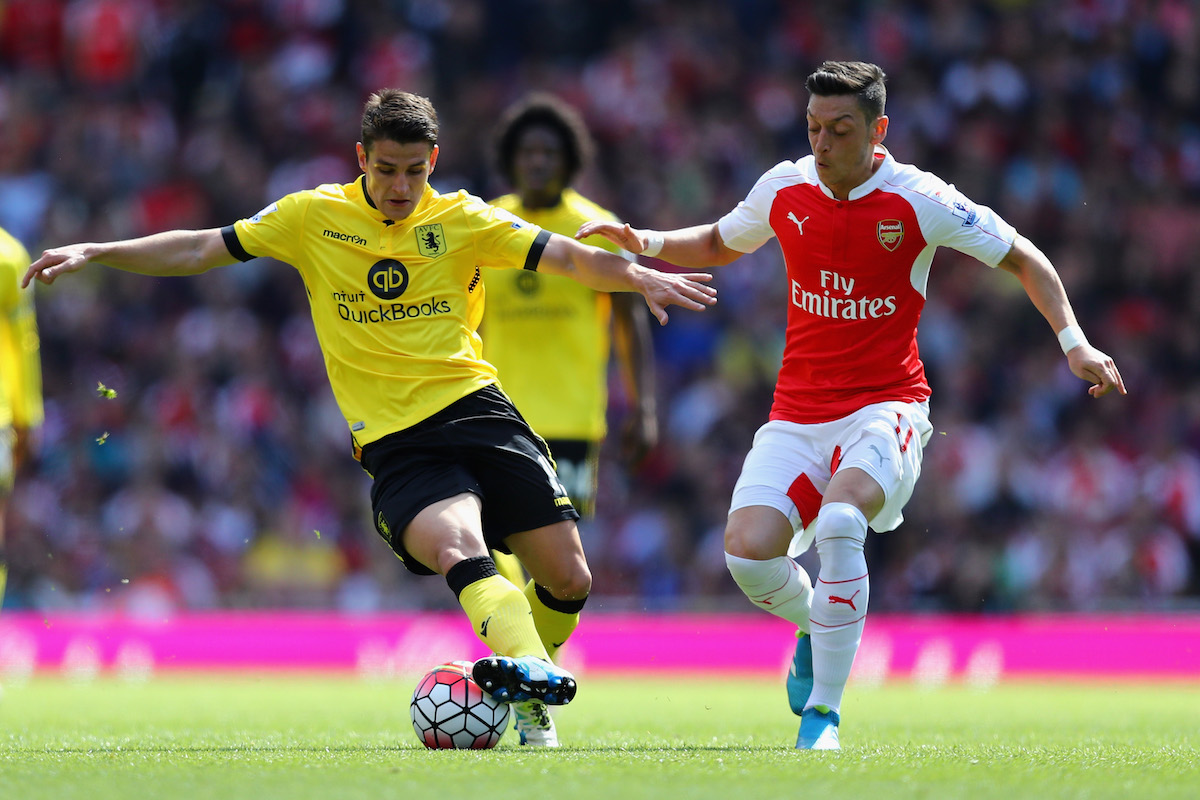 Westwood struggled in the wake of Aston Villa’s relegation to the Championship, with his performances upsetting a section of his former club’s supporters. This was particularly evident last November when, brought on as a substitute in the latter stages of a win over Blackburn, he was booed onto the pitch by some of his own fans.

His decline in form in 2016-17 is portrayed statistically in a number of ways. Defensively he has made 1.3 tackles and 1.1 interceptions compared to 1.9 and 1.8 respectively last season. He has also contributed far less in possession, completing 29.6 passes per game in comparison to 47.3 last term, and only 0.5 key passes compared to 1.3 in 2015-16. However, it’s important to note that this drop-off is temporary, and judging a player based on six months of bad form is a sure-fire route to undervaluing that player.

Stylistically, Westwood fits Dyche’s midfield. A steady if unspectacular central midfielder, what he lacks in physical presence and skill he makes up for in sound positional sense and safe passing. He won’t drop jaws, but he could prove to be a solid, relatively inexpensive addition to a Burnley side who don’t prioritise progressing through the thirds.

HOW BRADY AND WESTWOOD COULD FIT INTO BURNLEY’S SYSTEM

Dyche tends to set Burnley up in a basic 4-4-2 system. Keane and Mee are flanked in defence by Matthew Lowton and Stephen Ward, while the midfield is made up of Dean Marney, Hendrick and Steven Defour or Scott Arfield, with George Boyd on the right wing. Up front, Vokes leads the line with Gray making runs off of him.

The midfield remains compact, as seen in the above image, and the full-backs push on to support attacks, though Burnley tend to look for direct balls to the target man. No team in the Premier League hits more long balls per game than their 83, no team wins more aerial balls than their 22.6 per game and only Tony Pulis’ West Brom average less possession than their 42.1 per cent.

In Brady, Dyche has someone capable of stretching the opposition’s defensive line by providing natural width on the left wing. He also has a more refined left-back option should he wish to replace Ward. Meanwhile, Westwood’s signature covers for the loss of Marney, who sustained a cruciate knee ligament injury in the 2-1 defeat to Arsenal in January.